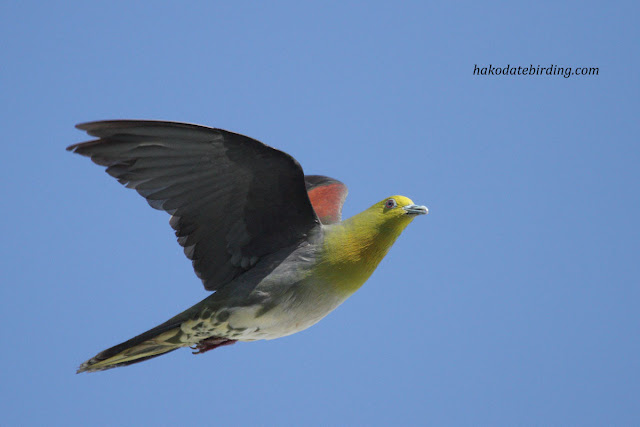 Well well well, we finally got some sunshine this morning and early afternoon (followed by a really heavy thunderstorm though).

We were at Shikabe and I was trying to get some Japanese Green Pigeon shots. BIF shots are tough for such fast flying birds and the 100-400 perhaps isn't the best BIF lens anyway (and of course I'm no expert either). When they fly against the sea it was often impossible to AF but luckily there was a patch of blue sky with the light behind me.

One problem with setting the camera up for BIF shots is when you're suddenly confronted with a bird doing something else your settings are all wrong, I can change them in slightly more than a split second but often that's not enough. 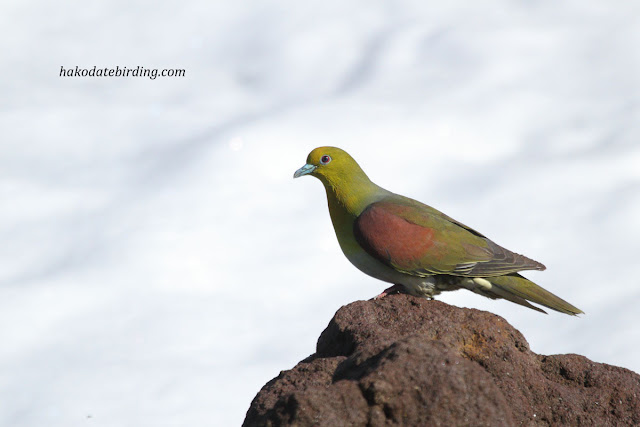 The white background was the surf, there was a big swell after yet another typhoon. The birds had to deal with big waves....... 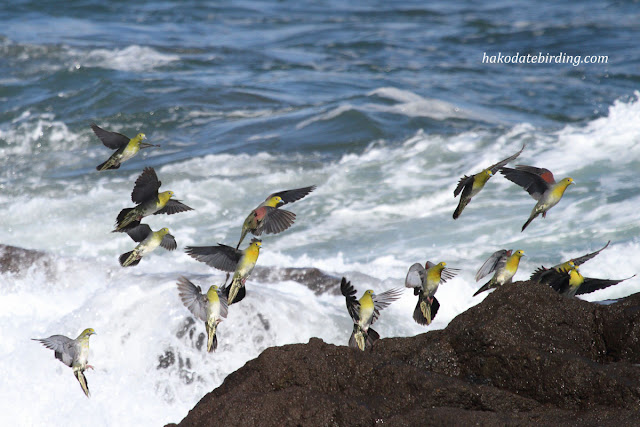 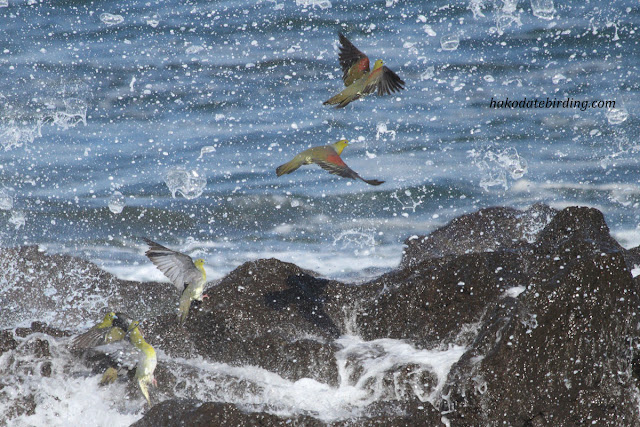 Next year I'll approach this more seriously and sit near the rocks hidden and camouflaged. Today it was mainly BIF shots........... 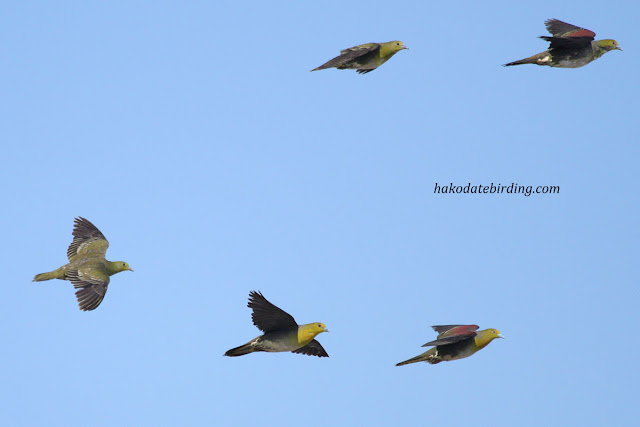 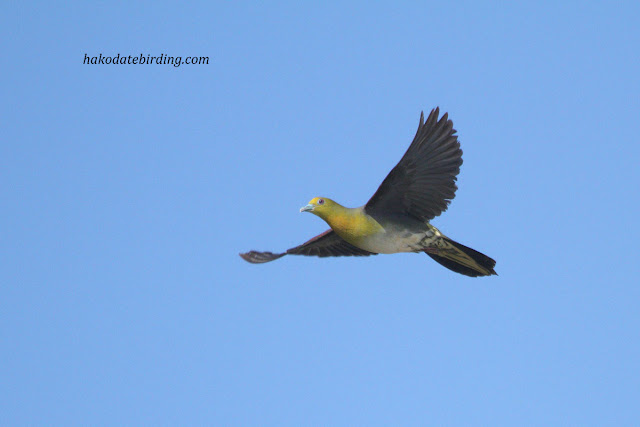 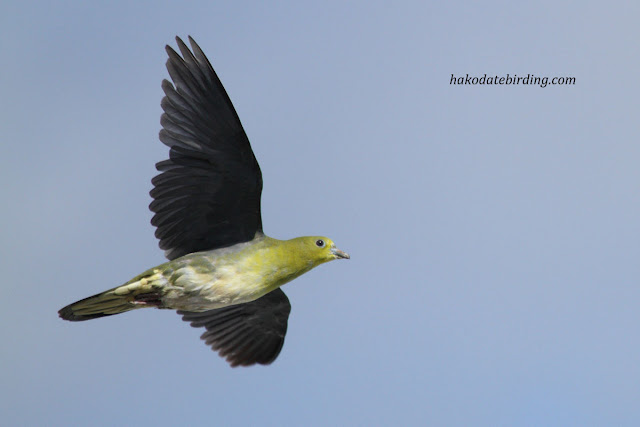 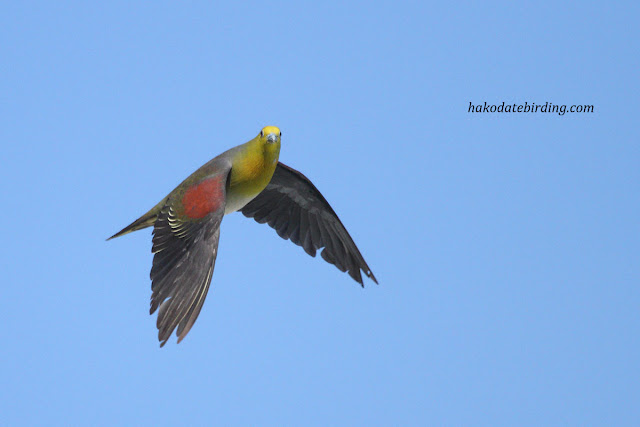 Not much else around here, a few Common Sandpiper and Grey Tailed Tattler on the rocks, nothing else.

The day started early in Kamiiso with the last waders of the season (probably). 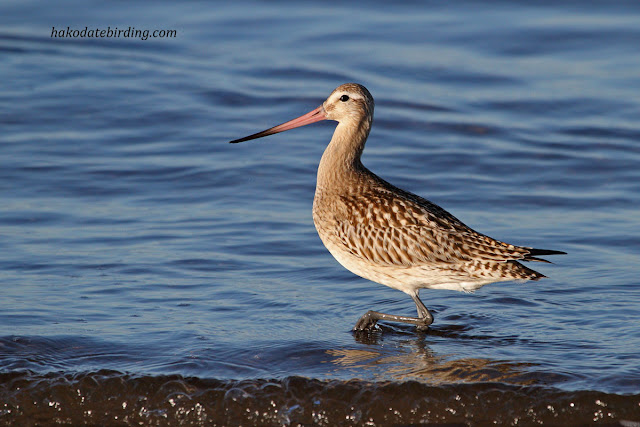 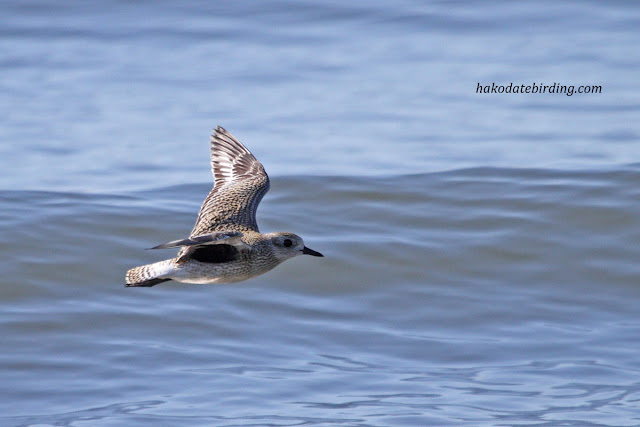 A Bar Tailed Godwit and a Grey Plover. Other waders included 1 Dunlin, 4 Red Necked Stint and several Common Sandpiper. Lots of Black Headed Gulls around now as well as the first Pintail and Teal of the autumn. There were 3 Heron species; Grey Heron, Black Crowned Night Heron and Little Egret. Actually 1 of the egrets had me thinking of Swinhoes again (bill seemed shorter and yellowish) but it probably wasn't. Here's a lousy heavy crop of 2 egrets, the one on the left seems to have a shorter lighter bill and shorter legs...........or is it just my imagination? 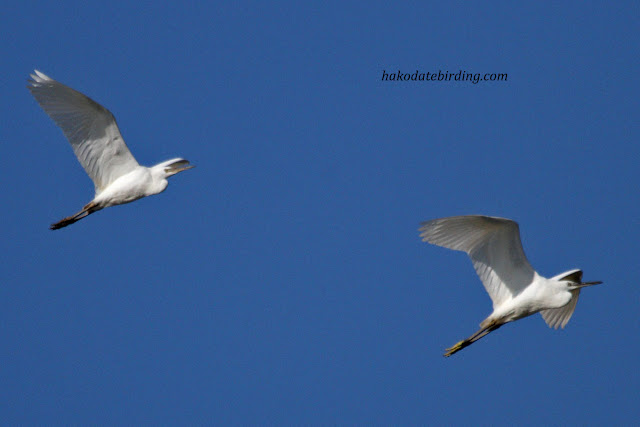 When I went back in the evening there were 3 egrets and they all were clear Little Egrets.

I put an ID request on birdforum anyway, you never know.......

In the ricefields there were lts of Stonechats and hirundines moving south as well as a small flyover flock of Pacific Golden Plover. I was looking for waders here, I flushed a couple of Common Snipe (I could ID them by the white edge to their wings), yet another new bird for my Hakodate list.

Not much in town last week, the weather was terrible most of the time. I did see a few migrants however. 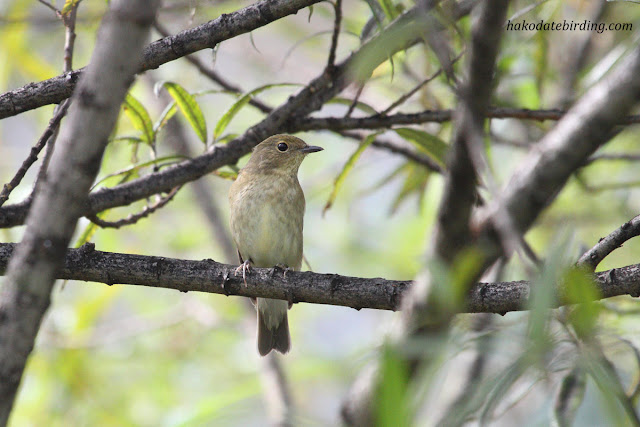 A female Blue and White Flycatcher I think.

The commonest migrant was Asian Brown Flycatcher, they were everywhere. Other stuff included Arctic Warbler, Siberian Stonechat, Grey Wagtail as well as several unidentified thrush type things. Large flocks of Grey Starlings are around as well as the last few Red Cheeked Strarling, here's a male near my apartment. 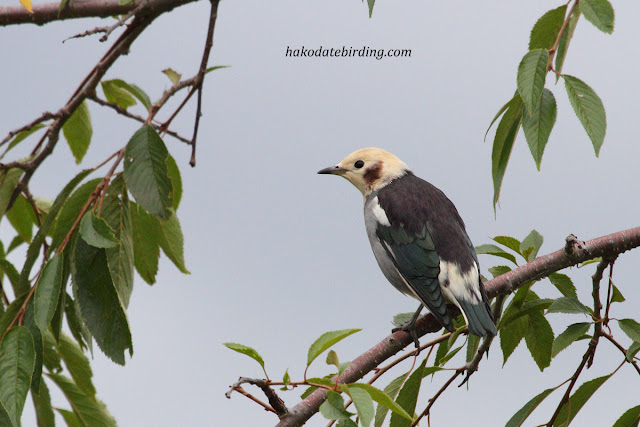 So it's autumn now, time to get used to wearing socks and jackets again.