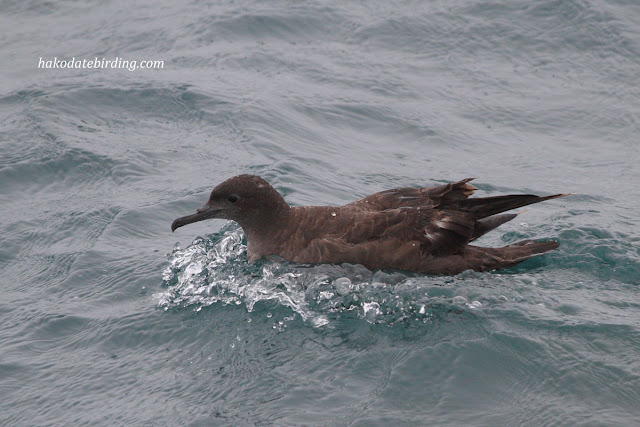 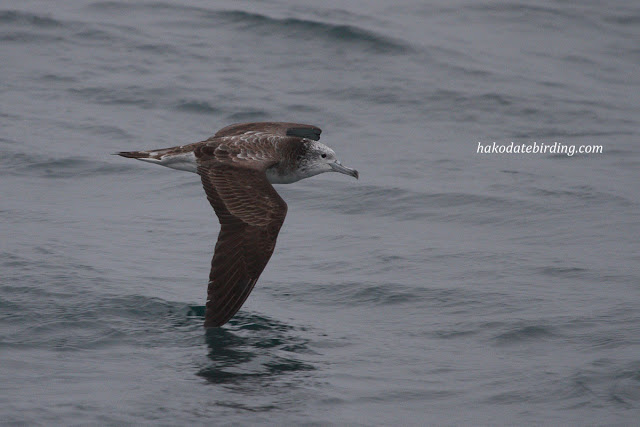 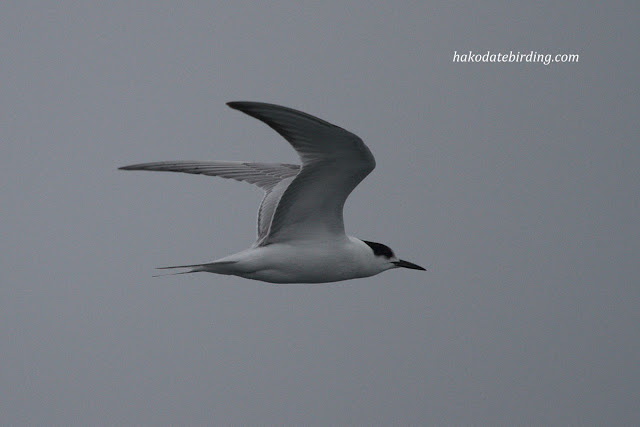 As you can see it was very dark, a really grey wet day which wasn't so good for photographs. I struggle getting the birds in focus on a moving boat anyway and the terrible light made it even worse.

This Sooty Shearwater was nice to see up close and provided the day's nicest photos. 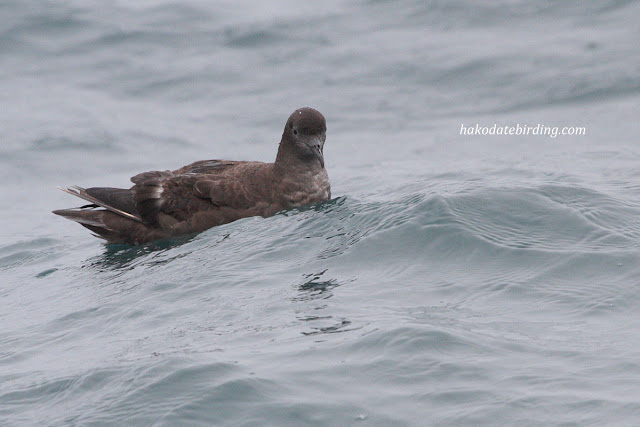 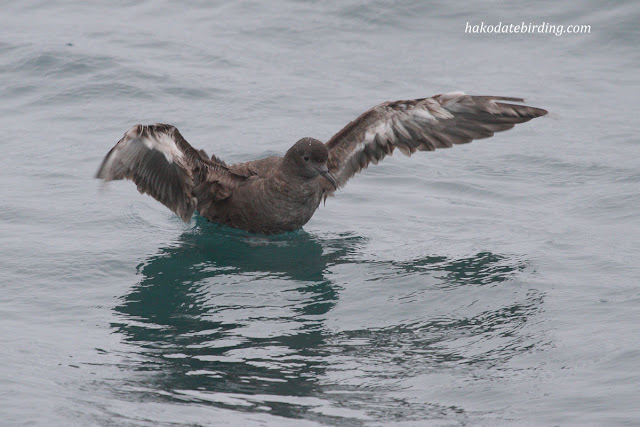 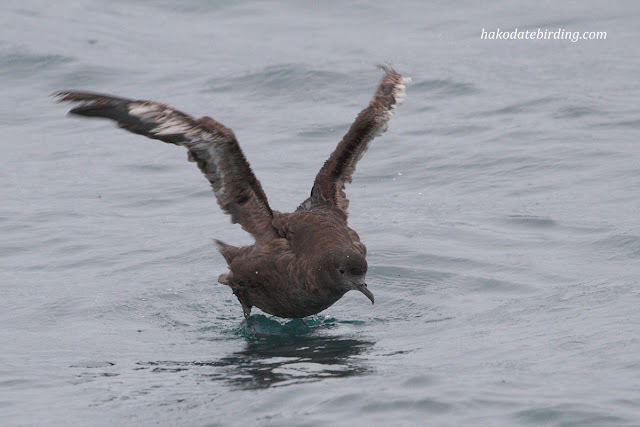 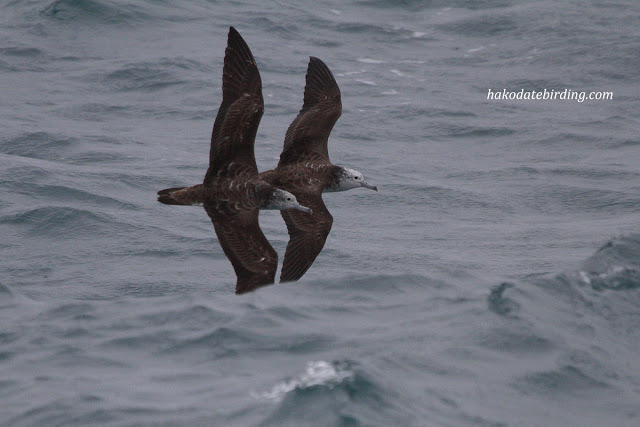 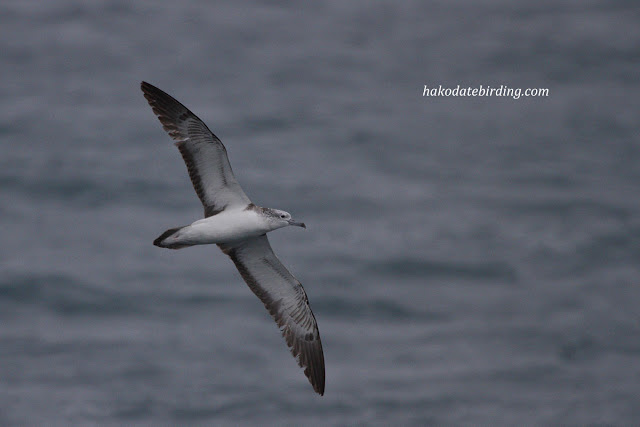 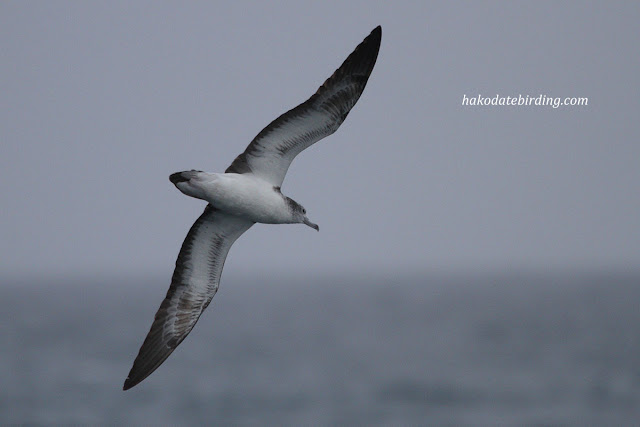 And there were also several flocks of Common Tern. 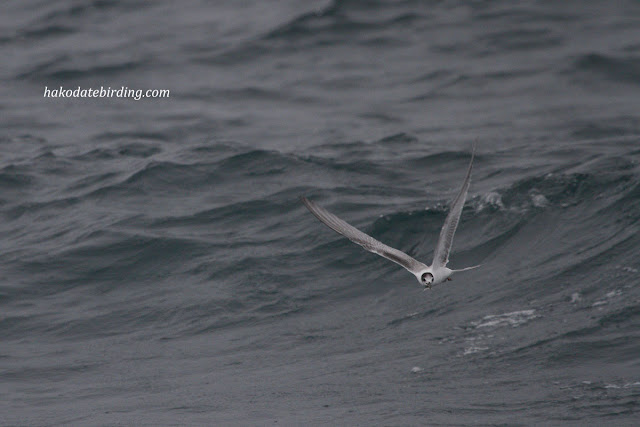 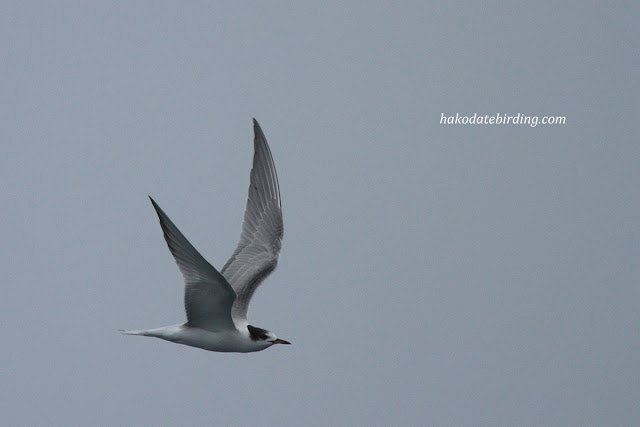 The terns were being harried by several Arctic Skua but they were too fast for me to capture any shots. Bird of the day was an Aleutian Tern which appeared momentarily in the gloom. Other folk saw some Japanese Murrelet but I missed them. There were also Red Necked Pharalope, a distant Laysan Albatross and a few migrating passerines on their way south (warblers and flycatchers mainly).

Back onshore Tomakomai's Magpies were everywhere (even seen from our hotel window). A Little Stint (rare over here) was reported from the harbour where the boat had departed from but we couldn't locate it, only Red Necked Stints (hell they look identical anyway). We spent a pleasant afternoon at Mukawa with some of the birders from Hokkaido University. Wood Sandpiper, Long Toed Stint, Spotted Redshank and Common Snipe were around (the latter being new to my Japanese list).

On Saturday morning I'd tried the ricefields in Ono looking for waders but the rain defeated me. I did disturb a couple of Snipe which may well have Common Snipe but it was nice for better birders than me to confirm the ID.

On the way back home we stopped briefly at Yakumo. the first Wigeon of the autumn, a lone drake, was calling from the middle of the river and I disturbed a Japanese Green Pigeon on the beach but there wasn't much else except for a lot of crows....... 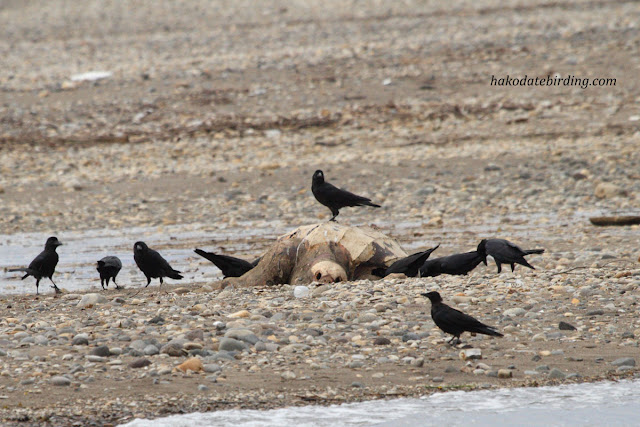 I hooked up the wife's laptop to the internet at the hotel and watched the Tottenham v Liverpool game. I went to bed after the second red card/3rd Spurs goal. Oh dear.

By the way Blogger seems to be having some problems with the images, if you click on the images they may appear in a 'light box' style, this is beyond my control. On older posts it may be impossible to click on the photos to enlarge them. Hopefully this bug will be sorted out soon.