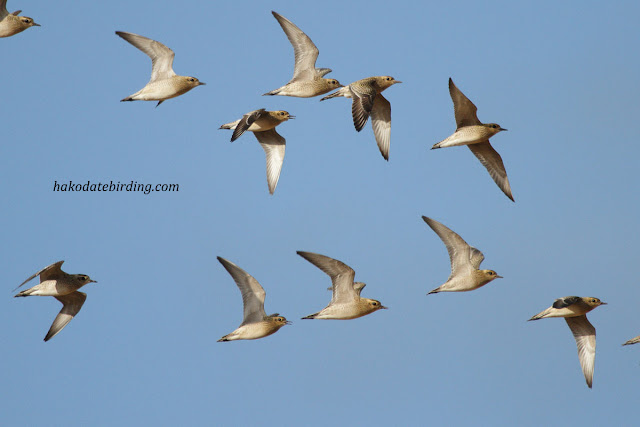 A flock of Pacific Golden Plover in the ricefields at Ono yesterday. I was looking for Sharp Tailed Sandpiper, several had been seen with the Plover flock. 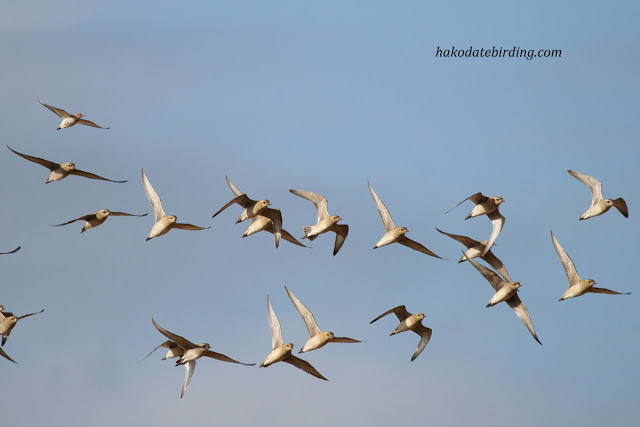 There was one small wader in with them but as you can see it was just a Dunlin.

There were several Common Snipe around too but the bird of the day was Yellow Wagtail, a scarce bird in Japan. There were 2 of them but they were very shy and I couldn't get any photo. I saw a few other brief glimpses of other waders but nothing conclusive except for 1 Common Sandpiper..

The Plovers were nice to see though and as you can tell we're finally getting some decent weather, the last 3 days have been warm, sunny and very clear. 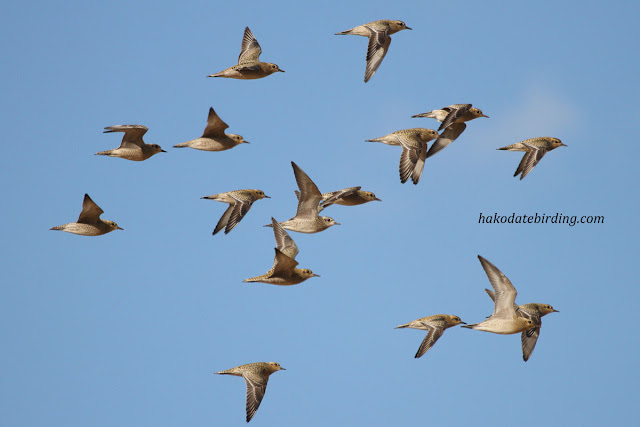 Not much in town the last few days. No migrants near my apartment, just a Kingfisher and a flyover Night Heron. 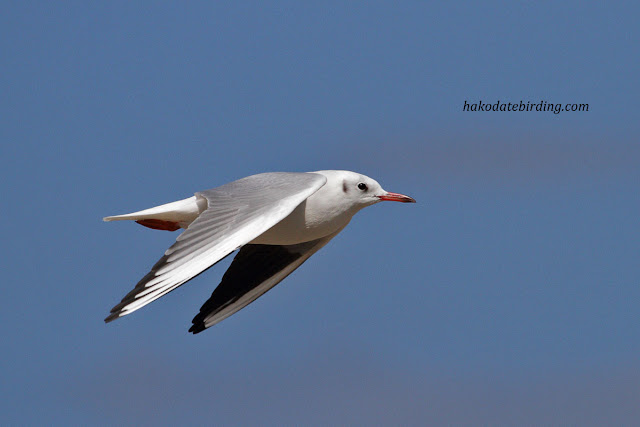 So autumn is here, nights are getting cooler and soon the leaves will be turning.........