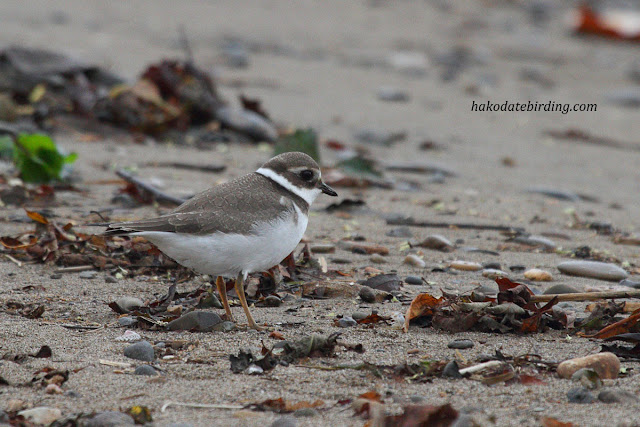 It's been a grey grey rainy week and not much to report except the above Ringed Plover. A lousy week for photos but I got a nice bird at the end at least.......

I got an e-mail yesterday telling me there was a Ringed Plover on one of the local beaches, this is rather a rare bird in Japan and one I had yet to see here. I got up early today to try and see it and walked along the beach under the grey drizzly skies and saw nothing except the usual Red Necked Stints and Grey Tailed Tattlers.

On Thursday I has also been on the same beach, the birds that day included 2 Lesser Sandplover and a Sanderling in amongst the stints and tattlers. The Sanderling is the one below. 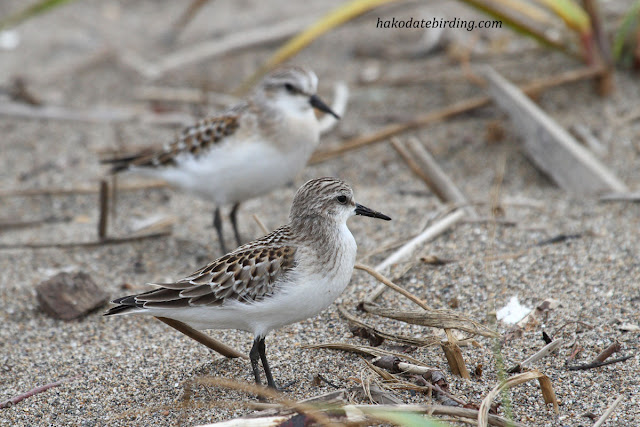 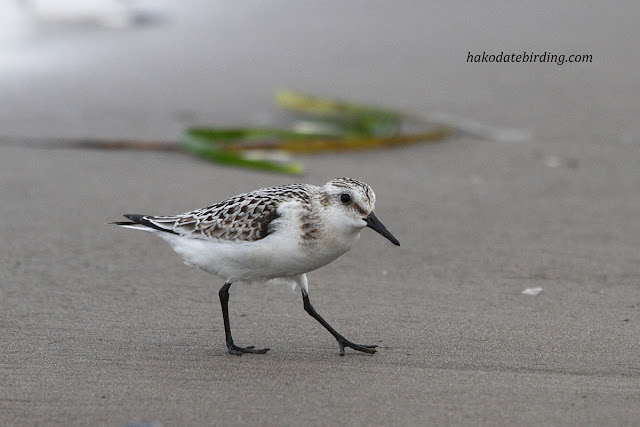 On Friday I had a quick walk along the river, a few Asian Brown Flycatchers flitting around in the bushes were the only migrants around. Today we headed over to Shikabe, I tried in vain to get some Japanese Green Pigeon shots but the dark grey skies defeated me. The only shot worth looking at was the flyover Peregrine. 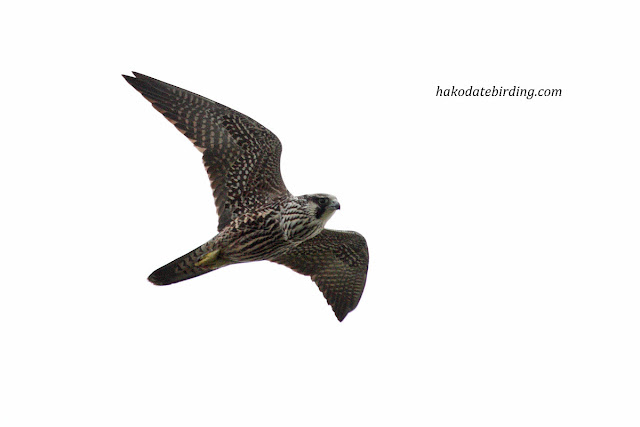 We returned to a different part of the beach at Kamiiso and in amongst all the Red Necked Stints I noticed a Little Ringed Plover on the opposite side of the river, 5 minutes later I was on the other side comparing Little Ringed and Ringed Plovers, the 2 were together on the beach. #210 on my local list and #259 on my Japan list. Not a lifer of course as it is a common UK bird but as I said before it is a little scarce over on this side of the Eurasian landmass.

I watched England grind out victories in the footy and rugby, I watched Liverpool being wasteful and losing 3 points at Stoke..............when was the last time I enjoyed watching one of my teams?

Hope the weather improves, the first 11 days of September have been awful.

Offensive though it was I had a genuine LOL moment whilst watching 'Shameless' a few days ago.

Someone had the name 'Bobby Sands' taped to their forehead as part of a game. "Who am I?" they said, "give us a hint".

I spilled my beer I was laughing so much.