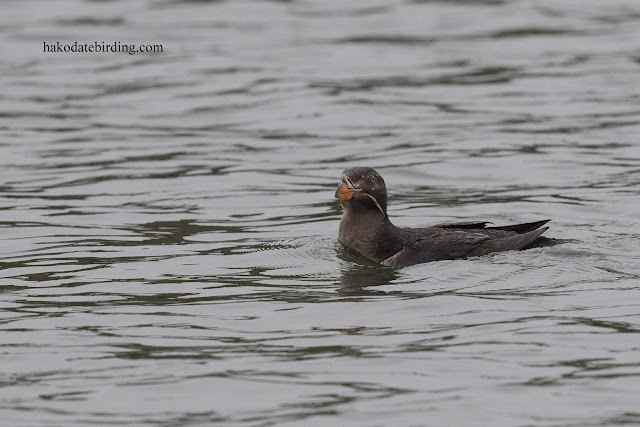 Well it poured down with rain all today and it's been raining on and off all week..................
Hokkaido isn't supposed to get the rainy season that ad\ffects the rest of Japan in early summer. Except it does really. Every June it rains a lot. Is southern weather inching northwards every year? Kind of like Game of Thrones only in reverse.

Off Kamiiso there were lots of Rhinoceros Auklet just offshore, they were to far away for photos but this one came quite close in the late afternoon gloom and I could fire off a couple of record shots at least. Both are heavily cropped. 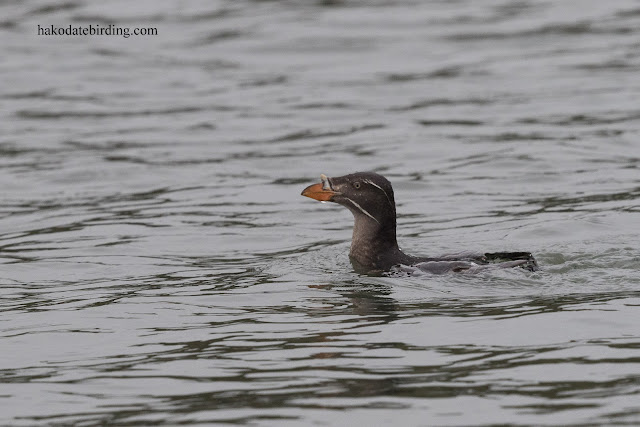 Yesterday was also dark and grey, This Eastern Marsh Harrier was at Oshamanbe. One day one is going to lazily flap over very close and I'll get a great shot. Yesterday was not that day. 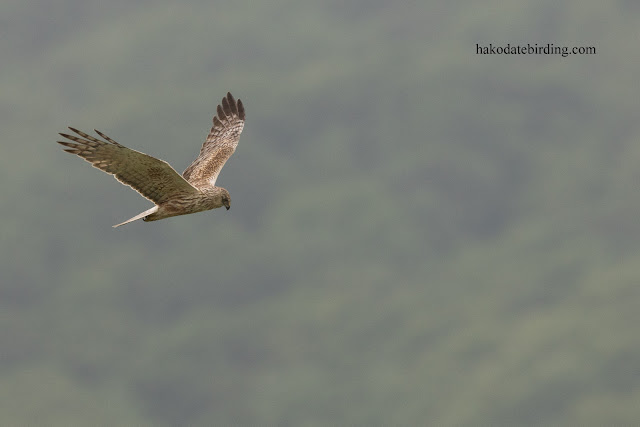 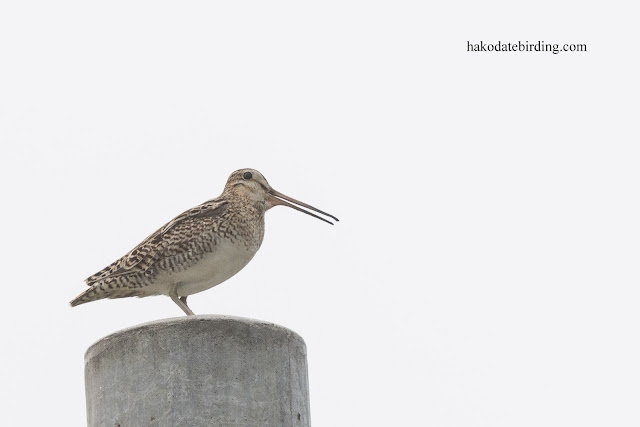 All the usual summer stuff was around. A very scruffy immature Glaucous Gull was a surprise at Yakumo but not much else of note.