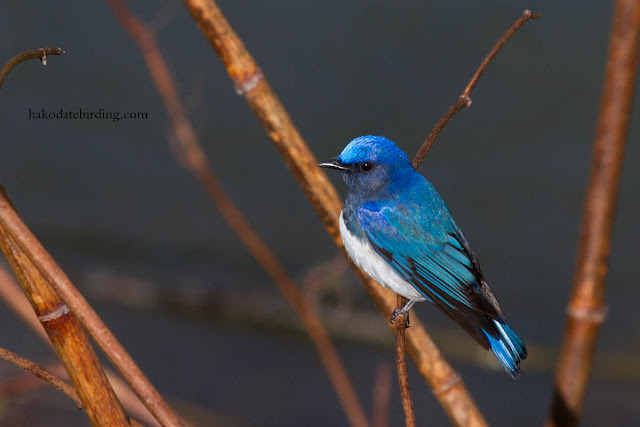 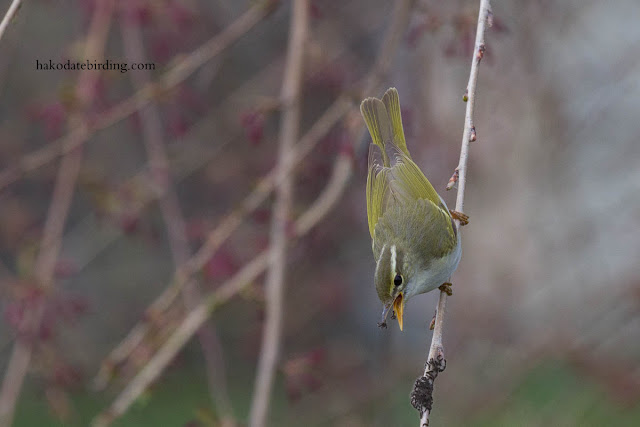 A male Blue and White Flycatcher and an Eastern Crowned Warbler near my apartment this afternoon.

I had an hour or so to spare this afternoon and I was pleased to see lots of migrants in the few remaining trees and bushes next top the river.

There were 2 male Blue and White Flycatchers, one of the most stunning summer visitors to Hokkaido. 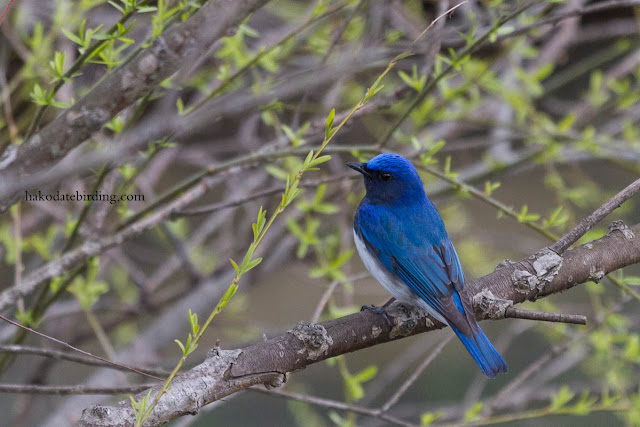 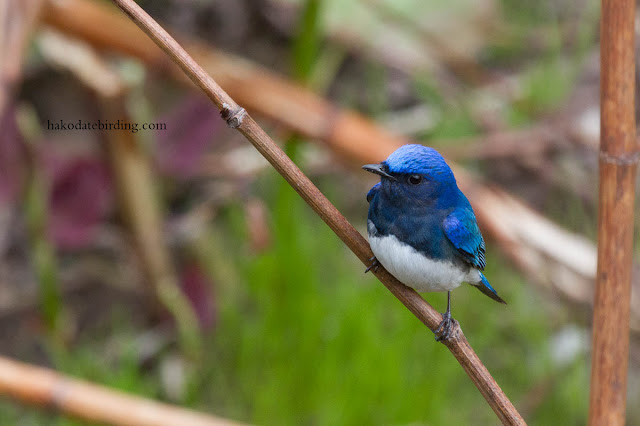 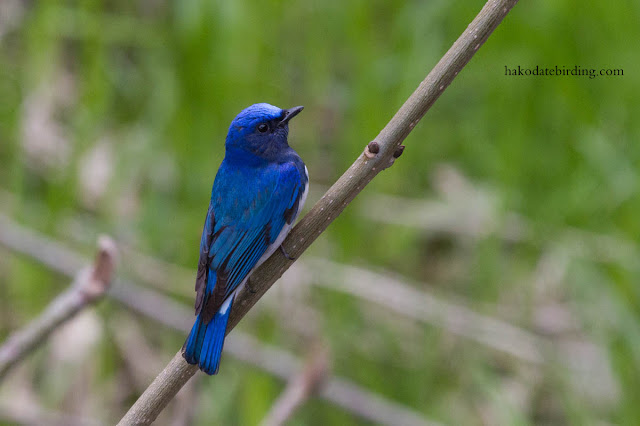 I was looking down on them so the angles weren't so good, also most of the time they were in the shade. When they reach their breeding grounds they tend to stay high up in the canopy though..............

There were also quite a few Eastern Crowned Warblers knocking about............ 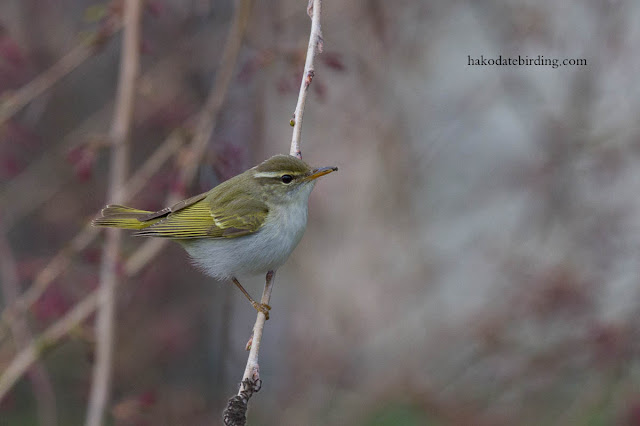 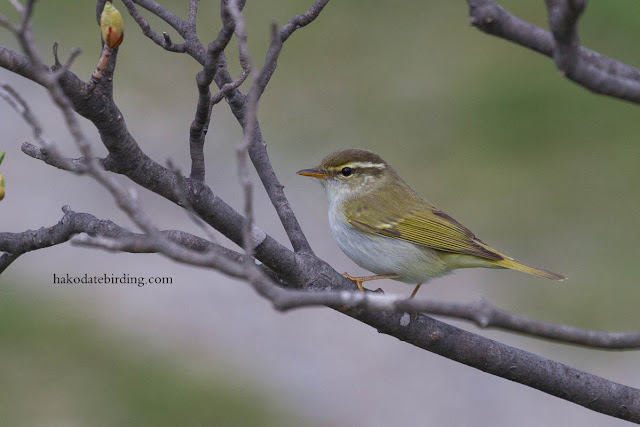 Other stuff included lots of Black Faced Bunting and Dusky Thrush, a female Red Flanked Bluetail, a lone flash by Red Rumped Swallow, Hawfinch and Japanese Bush Warbler. In Goryokaku Park I tried to locate more warblers and flycatchers but all I could fund was a lone Olive Backed Pipit and a flock of Japanese White-eye.

The last few days were a washout and it was a long holiday weekend too. On Sunday I spent the afternoon at Kamiiso under leaden skies. There were quite a few divers offshore, mainly Red Throated (some coming into summer plumage) and at least one Pacific Diver. Huge rafts of Scaup were also on the sea but there were only a few other common ducks around. There was also a lone Glaucous Gull, several Osprey, 2 Whimbrel and 1 Bar Tailed Godwit. Yesterday saw very heavy rain. We had a quick look at the ricefields in Ono hoping to see some waders but couldn't find any. Flocks of Brambling, Dusky Thrush and Black Faced Bunting were passing through and I saw my first Reed Bunting of the year.