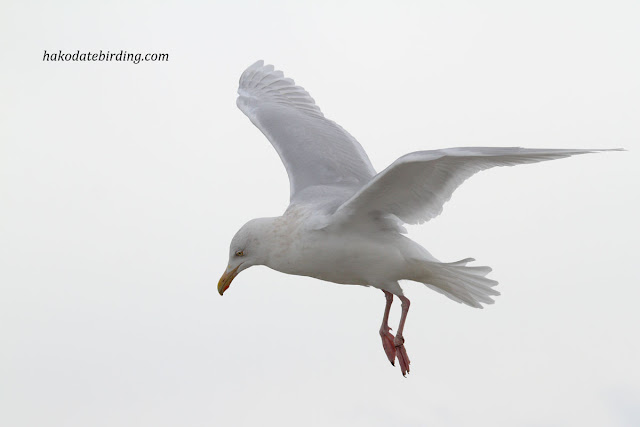 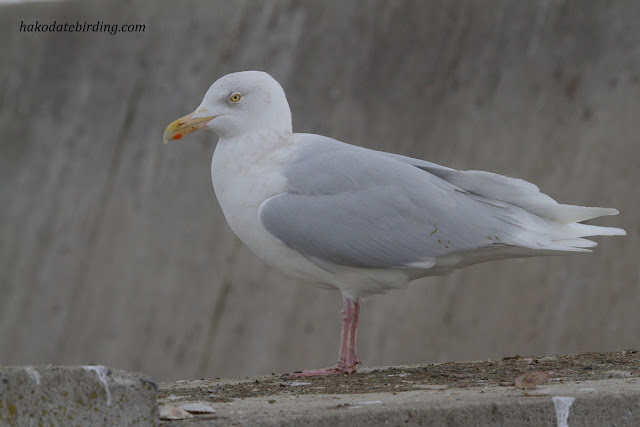 After 2 days of sleet and rain we headed up to Yakumo and Oshamanbe for the first time in a while. At Yakumo there wasn't much around: a fishing Osprey, a lone Lapwing and the usual common winter ducks. At Oshamanbe there were 3 Long Tailed Ducks in the port but they didn't come near enough for a decent photo so I turned my attention to the gulls,

The standard 4 large winter gulls of the region were present: Slaty Backed, Vega, Glaucous Winged and Glaucous. The latter is my personal fave and the only worthwhile shots on such a grey day were of this ghostly white species.......... 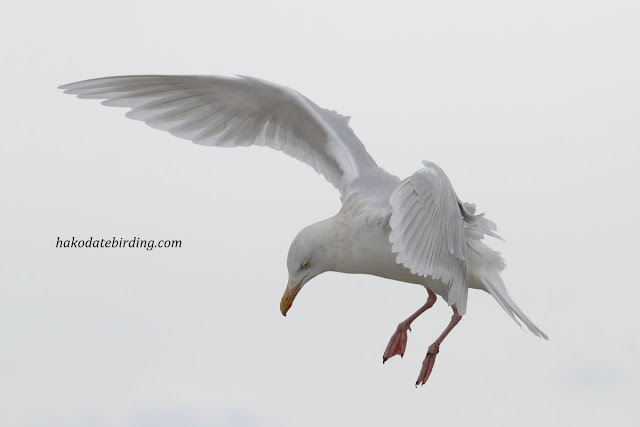 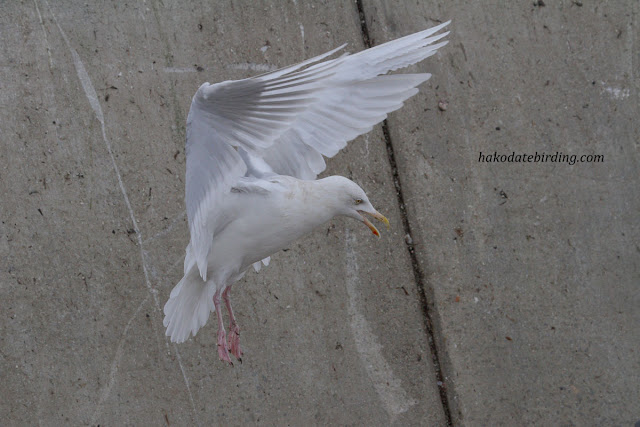 There were 2 adults in a mixed gull flock eating seafood offal in the corner of the port. Not the nicest place to watch birds it has to be said.

It was a bit of a scrum, none of the species seemed dominant. I'd say about 90% were Slaty Backs (the dark ones in the pics below) with smaller numbers of Vega, 3 or 4 Glaucous Winged and 2 Glaucous. There were many more Glaucous Gulls up and down the coast but this was the only place I could get shots of them today. 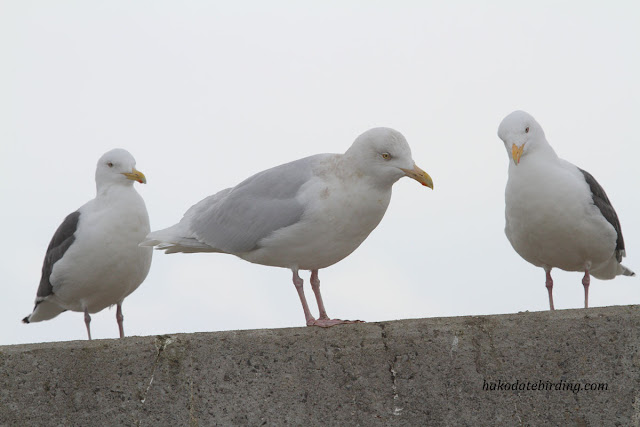 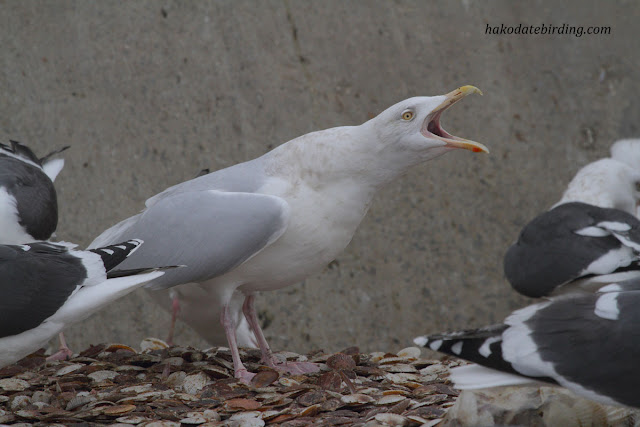 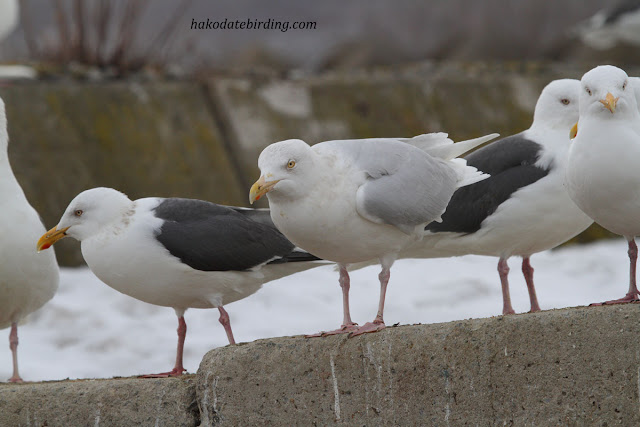 At Onuma there were lots of Grey Heron and Great Cormorant plus the first Oriental Turtle Dove and Bullheaded Shrike of the year..............but not much else of interest. At Kamiiso there was not a single bird of any species in the harbour (well except a couple of Spotbilled Duck and a few Black tailed Gulls but they don't count).