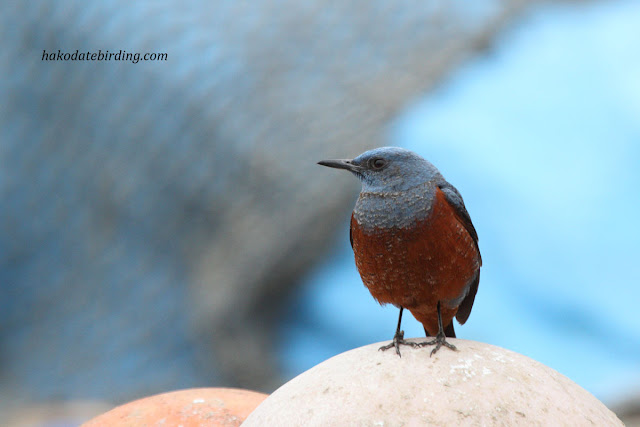 A male Blue Rock Thrush in one of the many harbours to the west of Hakodate, we headed out to Kikonai and Shireuchi today in nice bright spring weather.

Lots of stuff on the sea: the usual seaducks plus flocks of Pintail and Wigeon and a few Brent Goose. There were also several Slavonian Grebe and they were coming into full summer plumage. 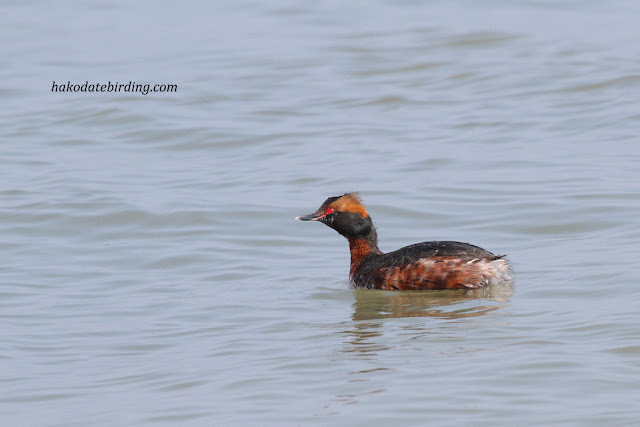 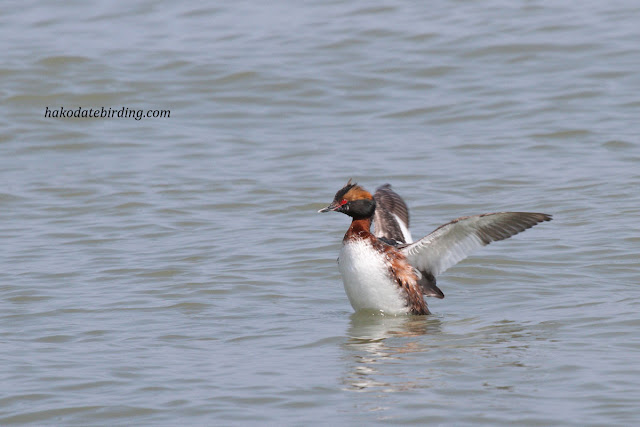 This individual was close inshore but the beach at Kikonai is steep and narrow and the surf is unpredictable: I got my feet soaked. I though gore-tex boots weer supposed to be waterproof.........they aren't. Also offshore in Kikonai were 2 Black Throated Diver and several Red Necked Grebe.

Ospreys were everywhere, I missed a chance for a great photo as one pitched into the sea and sat in the water for several seconds before emerging with a huge fish............unfortunately it was just a few metres from where I'd been standing earlier and was too far off for a shot.

There was a pair at Kikonai and they were calling to each other as they circled overhead. 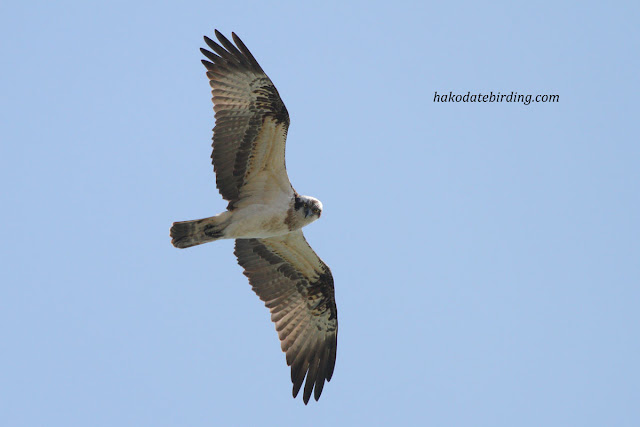 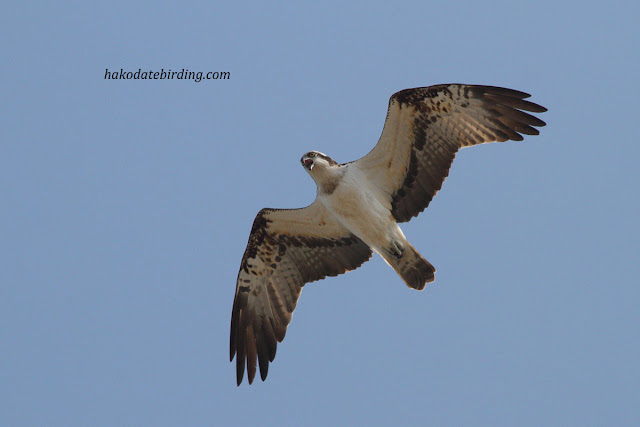 Other stuff around today included Great and Little Egret, Gadwall, Common Reed Bunting and Little Ringed Plover. Glaucous Gull and a female Smew were at Kamiiso but not much else.

The day had started up at Akagawa, an upland forest in the northern part of town. It is an area I don't visit often but maybe I should visit more in the future. 4 species of Woodpecker were here including Black Woodpecker, among all the tits and nuthatches there were also several Red Flanked Bluetail and 2 Woodcock (a local tick no less). 2 flocks of Bewicks Swan headed north over the mountains, despite the snow on the ground (it is quite high) theer was a definite air of spring around.

We finished the day at Ono, the Siberian Stonechats were already set up in their summer territory....... 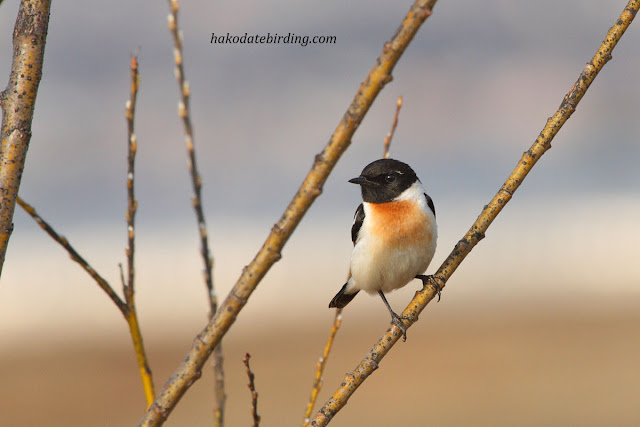