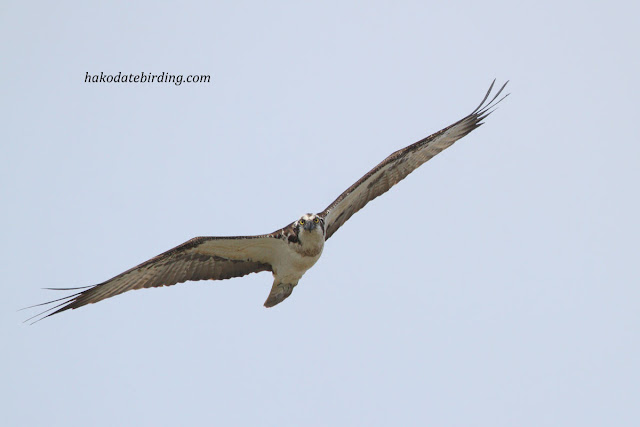 An Osprey struggling in the wind at Kikonai this morning. There was a very strong (and cold) easterly wind (not so good for migrants though this side of Eurasia).

The first passage waders have appeared liker this Greenshank. 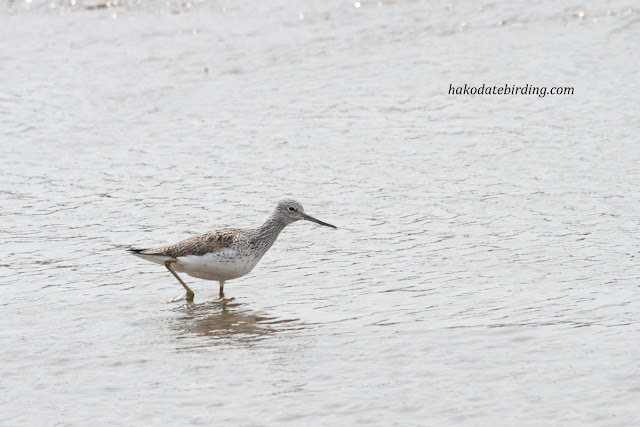 I also disturbed a Snipe species but couldn't ID it. The common breeding waders, Little Ringed Plover and Common Sandpiper, had already arrived. Here's one of the latter. 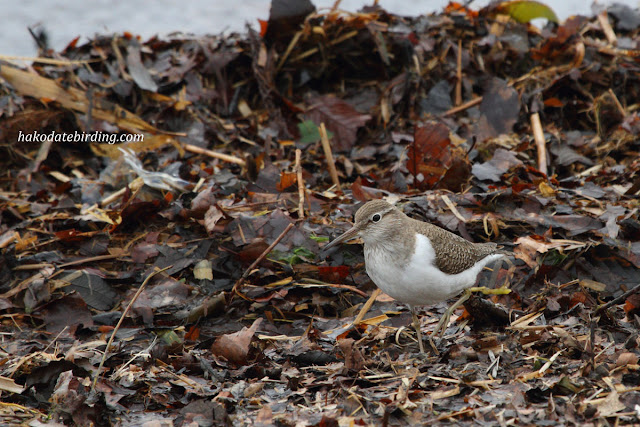 Still lots of Brent Geese, Wigeon, Pintail and Red Breasted Merganser offshore but the sea was too rough to check properly. A Glaucous Gull was at Kamiiso but not much else. Ospreys were everywhere again and the ones at Kikonai were the easiest to photograph. 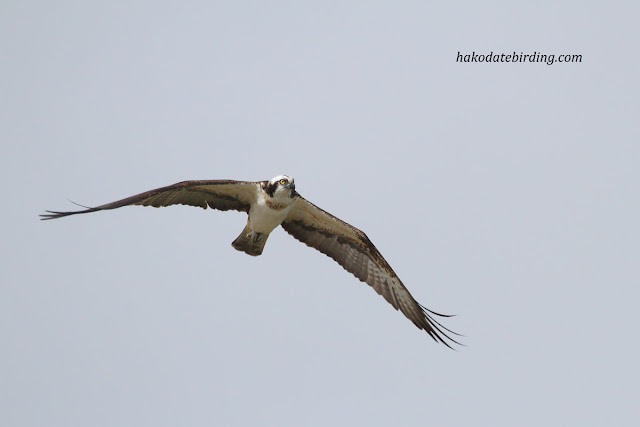 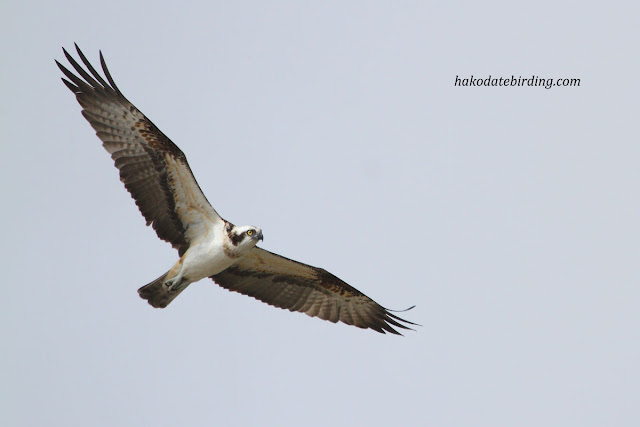 We started off at Onuma but it was cold and windy here too............and foggy. The 4 species of woodpecker were all very active again, here's a male Japanese Pygmy. 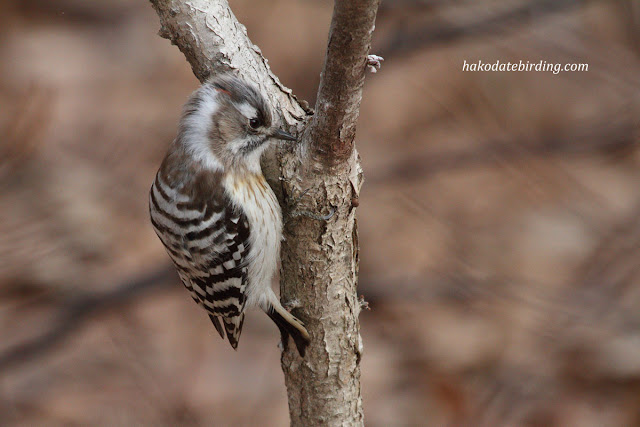 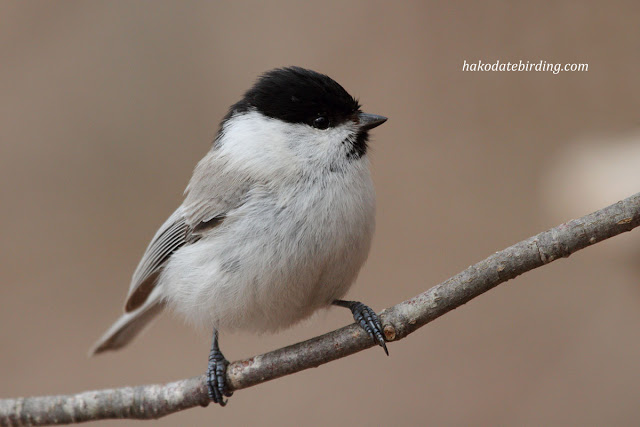 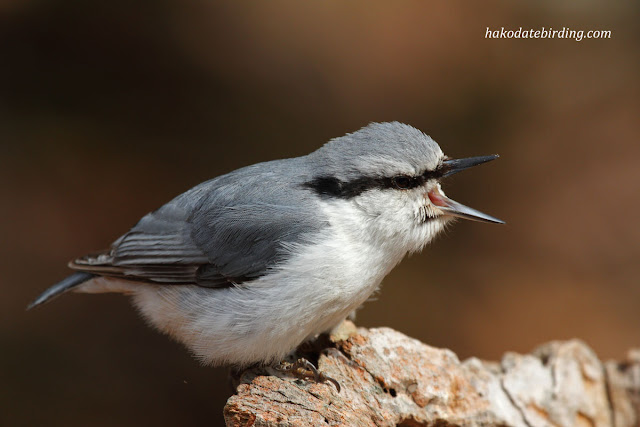 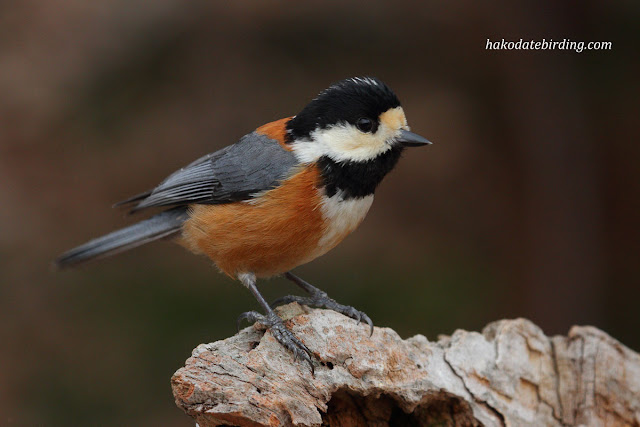 May is generally the best birding month in Hakodate, hopefully I'll have a few new birds to see and photograph next week.........