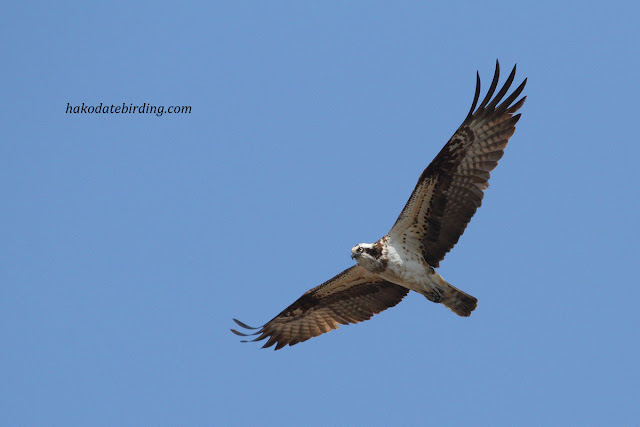 In Onuma the snow and ice had melted quite a lot since last week and the birds weren't as concentrated as a few days ago, they were spread out over the rapidly expanding unfrozen portions of the lake. Large flocks of Pintail and Wigeon were the most noticeable and in the forest were Brambling and thrushes (mostly Dusky and Pale Thrush).

I tried to get better shots of the Great Cormorants, the light was better today but they are a difficult subject, all I could get were flybys and none of them very good. 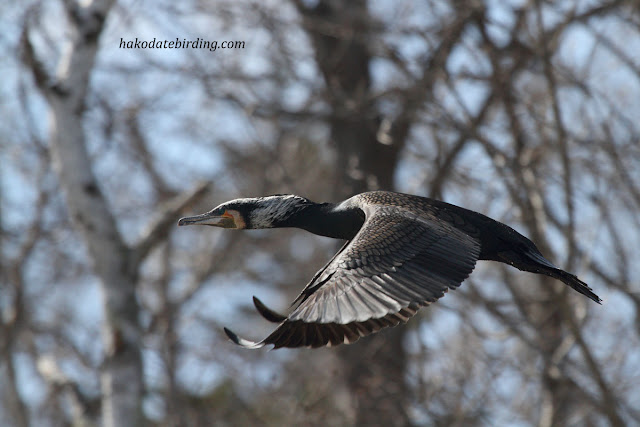 The tame tits and nuthatches posed nicely in the spring light. 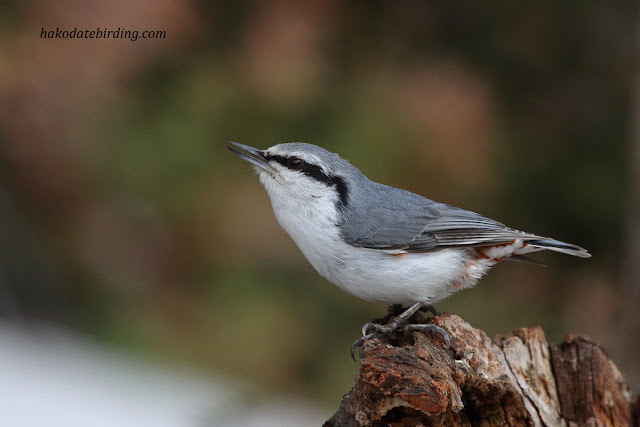 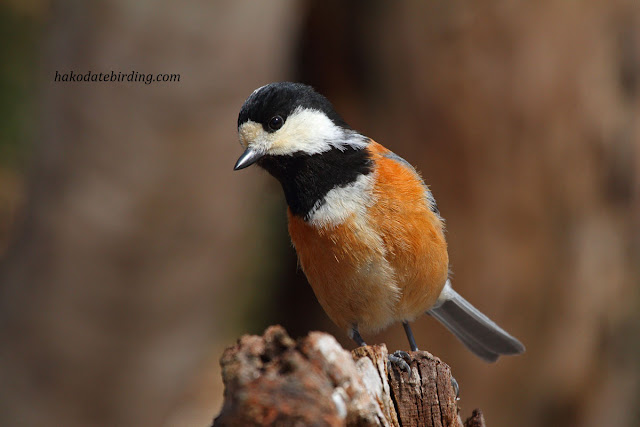 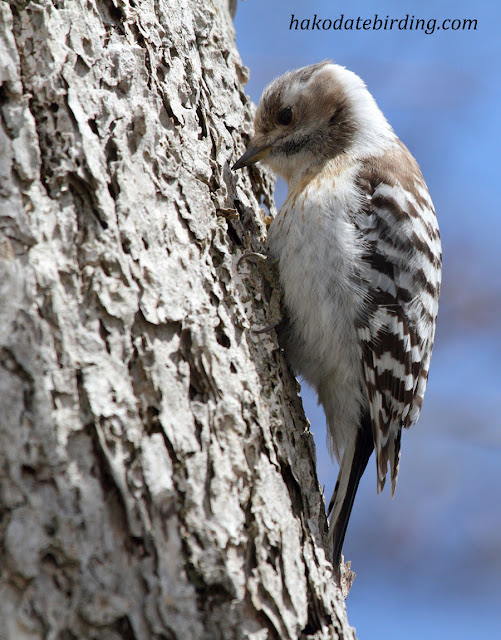 Summer visitors have been arriving all week. Barn Swallow, Asian House Martin and Siberian Stonechat in several locales as well as returnees from the south such as Japanese Bush Warbler. Sadly the trees and bushes along the river near my apartment were decimated by Hakodate City at the end of last year so I guess any migrants will just pass over my part of the city now: all that remains are tree stumps and piles of garbage.

Not a great week for photos but at least there were some interesting birds around. In Kamiiso the Gadwall and Falcated Teals from last weekend remained for a few days but defied my attempts of get any decent photos, this was the best of a bad bunch from a few days ago. 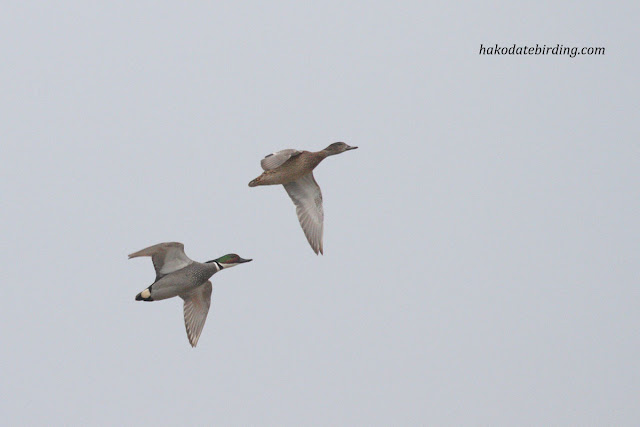 We finished off in Kamiiso this afternoon. Most of the ducks have gone now, 7 species of gull were present though as well as this Osprey, another heavy crop. 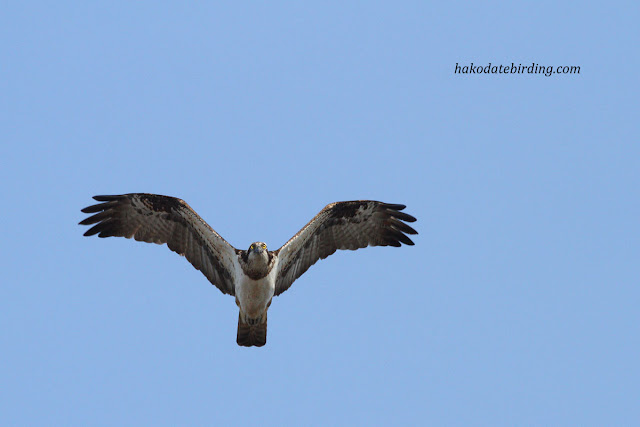