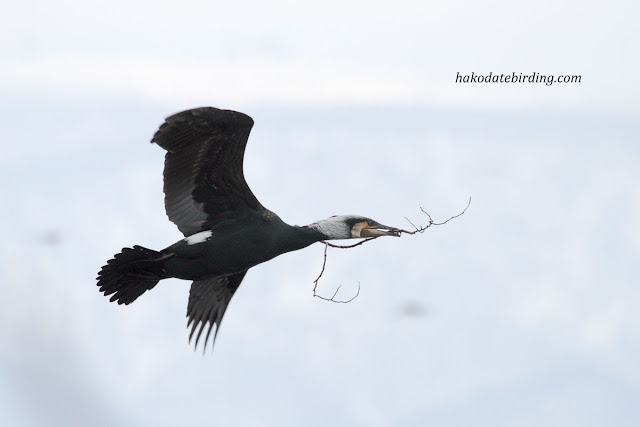 A Great Cormorant at Onuma today with nesting materials. All the waterbirds were concentrated on one ice free patch of the lake and there were a lot of birds it has to be said. 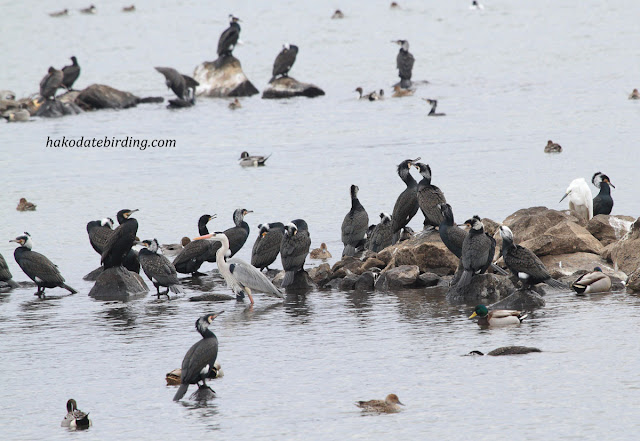 Not a great picture but this species is quite rare in north Japan and usually occurs only on freshwater. There is a colony at Onuma, it differs from the very similar and much commoner Temincks Cormorant in having a brown sheen to its plumage (the latter has a greenish sheen).

All I could get were BIFs today and not very good ones either. 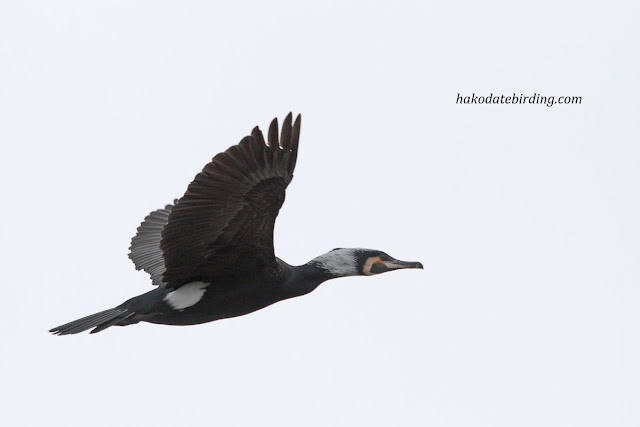 There were also huge flocks of Pintail and various other ducks around as well as lots of Grey Heron and several Great Egret. The latter were coming into summer plumage. 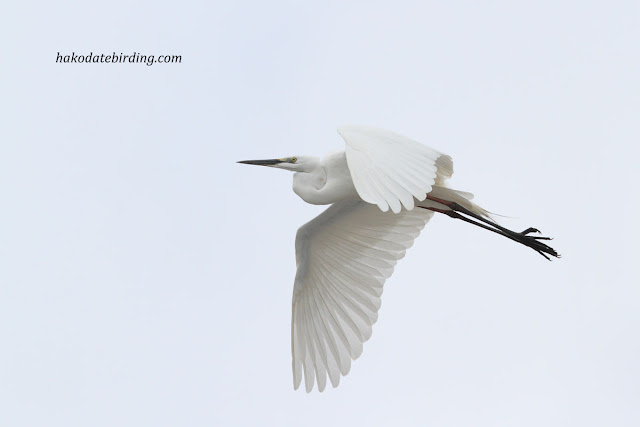 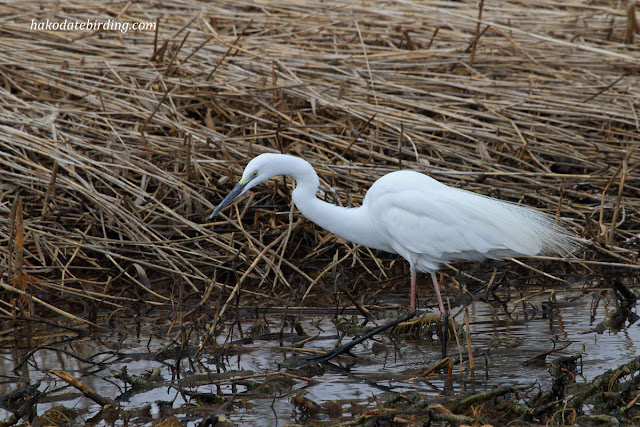 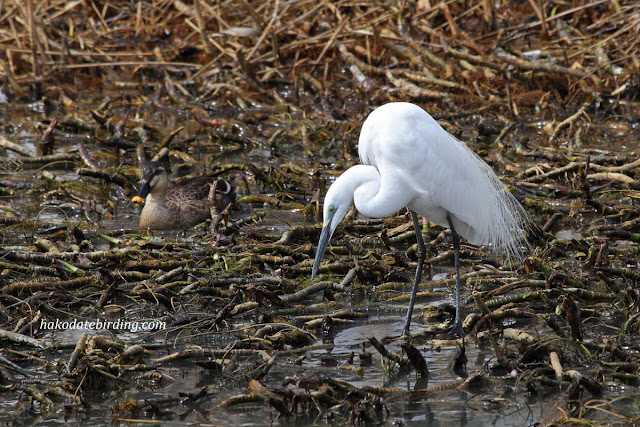 The Grey Herons were catching large fish in an ice free pond. 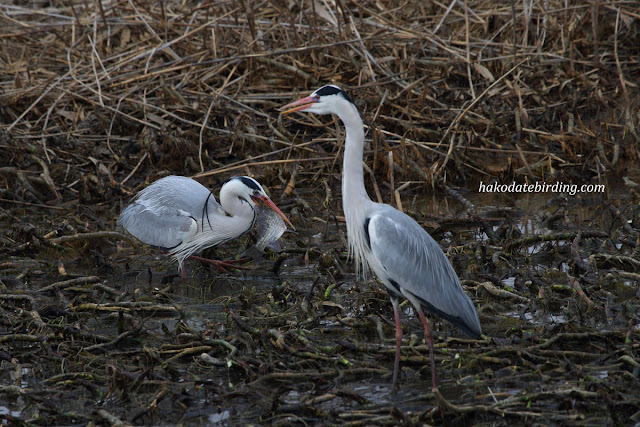 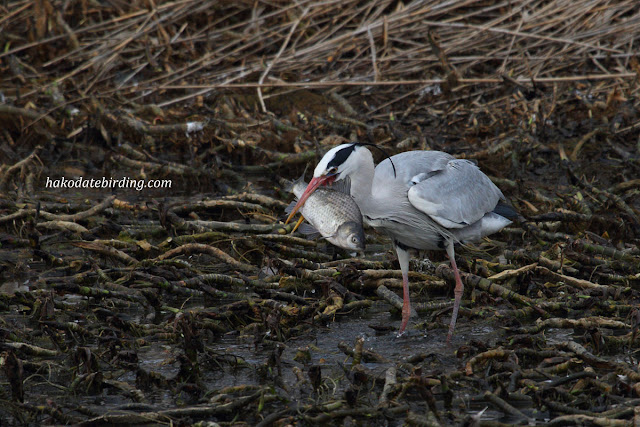 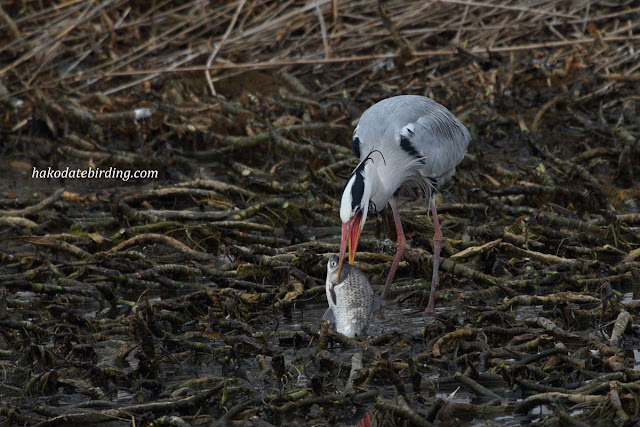 The tame Nuthatches were around as were all the common resident species. 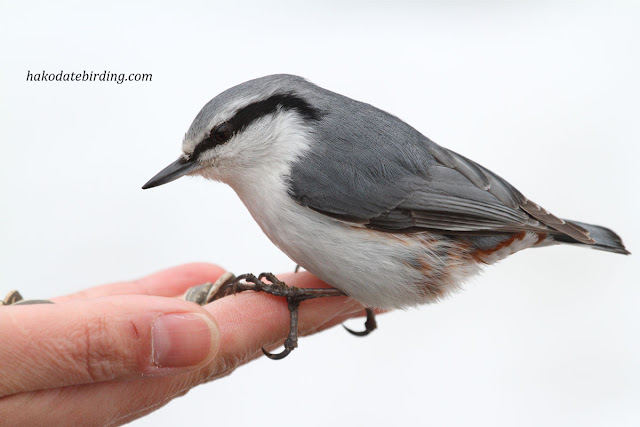 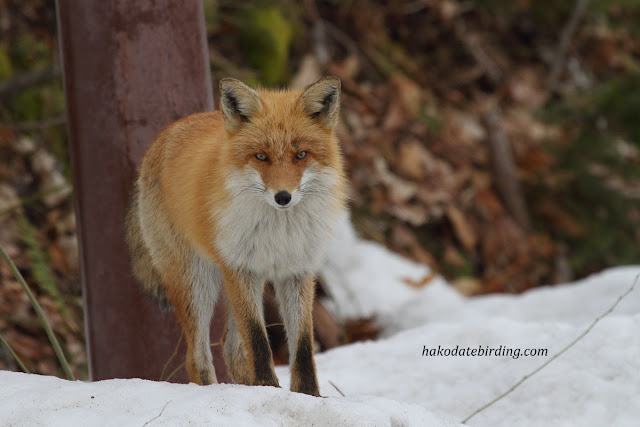 I saw 17 species of duck today. The most intersting were Smew and Mandarin at Onuma and pairs of Falcated Duck and Gadwall at Kamiiso. No good shots at all, only a hastily grabbed BIF of a female Mandarin survived the cull. 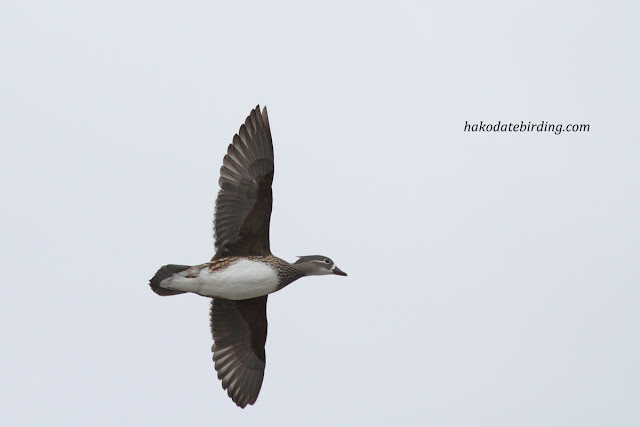 Other stuff around today included Whooper Swan, Brent Goose, Osprey, Sparrowhawk, Little Grebe, Coot, Grear Crested Grebe and Red Necked Grebe. Here is one of the latter at Sawara, unfortunately it was caught up in some fishing line and was looking in very poor shape. 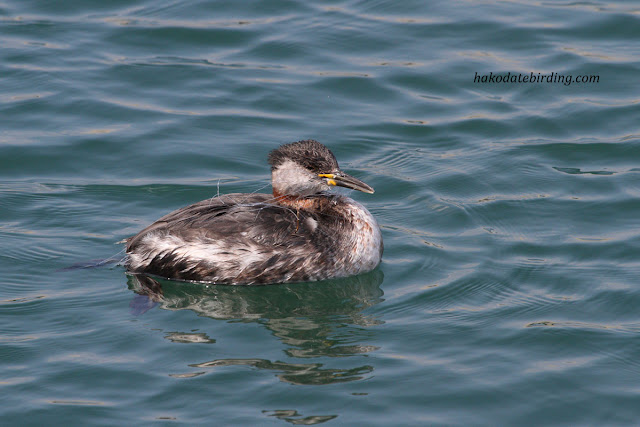 For some reason the ports at Shikabe and Sawra had very low water levels and were almost birdless, I have no idea why the water levels were so low (I never really notice much in the way of tides here).