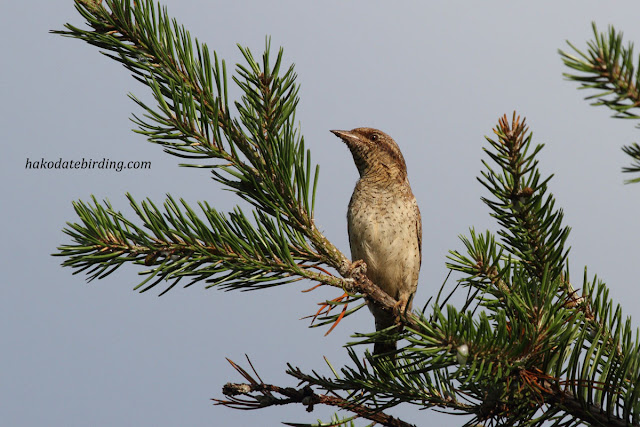 A Wryneck on the edge of Hakodate this afternoon, it was part of a family, here's one of the young ones. 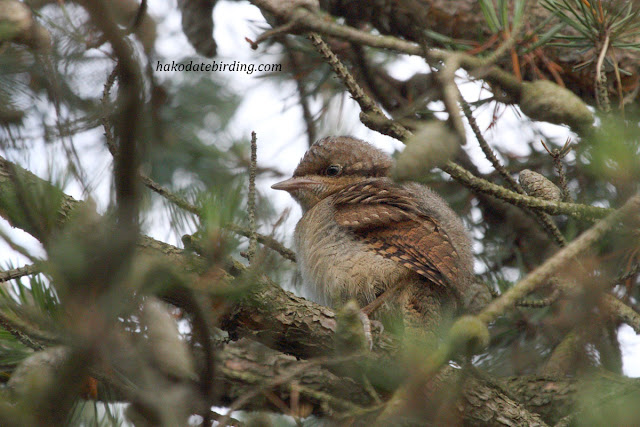 Regular readers of this blog may remember that my last 2 summers have been blighted by construction noise close to my apartment building. Well now it's going to be 3 summers running, this year it will be our actual apartment building. Actually it was looking a little tatty and now we have 4 or 5 weeks of painting and repairs to look forward to. Half the scaffolding was erected today (whilst we were out). the hottest time of the year and the whole building will be wrapped up in a nylon tarpaulin. At least this isn't so long and we'll get a nice new exterior but still another summer working to the sounds of hammering, drilling and shouting 6 or 7 days a week. FFS.

This morning we stopped at Shikabe for a look at the Japanese Green Pigeons. 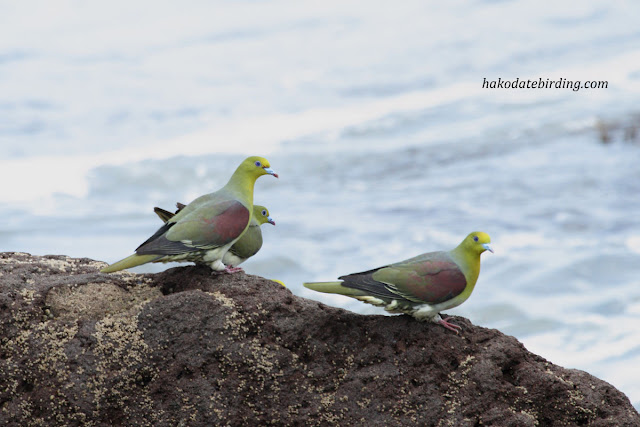 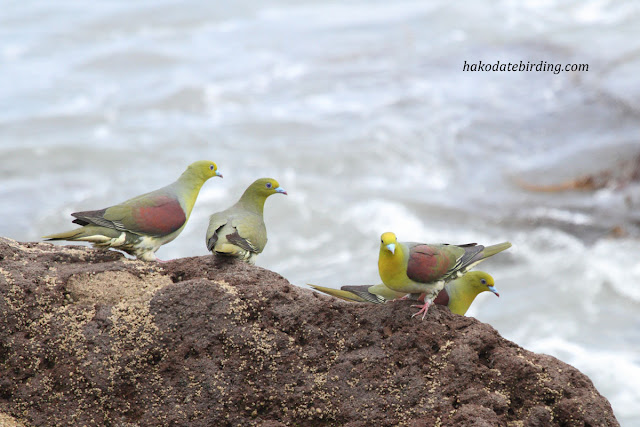 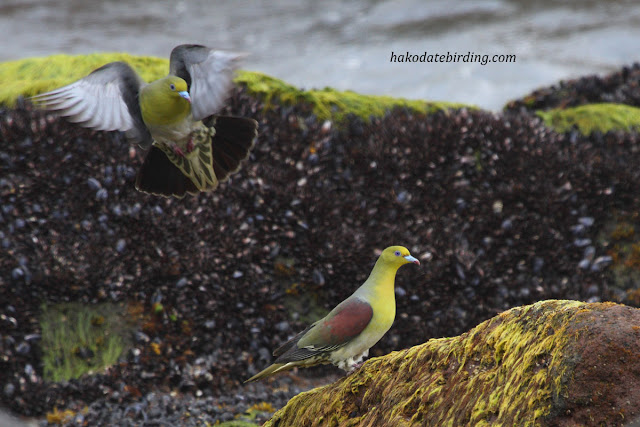 The only time they landed I wasn't paying attention and my settings were all wrong and they were well overexposed, I could rescue them a little on the computer though.

Offshore at Sawara there were lots of dolphins and at Onuma there wasn't much at all birdwise, here's a Red Fox instead. 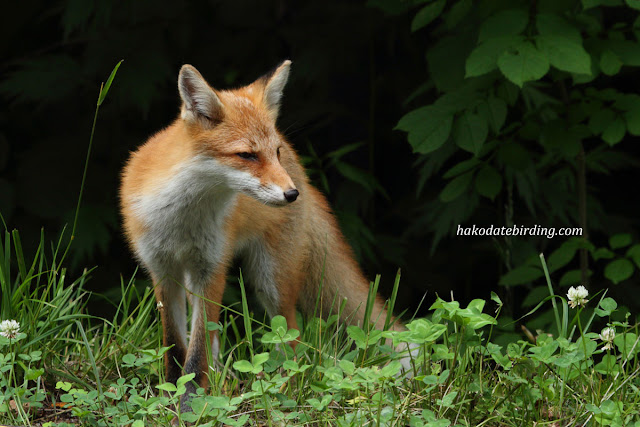 Yesterday we went to Kikonai, I was hoping the Swinhoes Egret would still be around. It wasn't but there was this species. 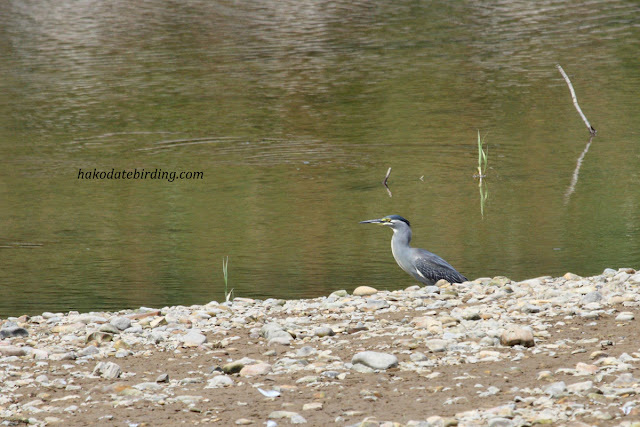 A crappy record shot of an adult Striated Heron, fairly scarce up here. By the time I had walked down the river and crossed the bridge and walked back down the other side to get a closer view it had disappeared.

No waders passing through yet (well it is way too early although I have seen the odd ones in late July down the years) but the breeding Common Sandpipers and Little Ringed Plovers were both present. Oh and lots of Ospreys again. 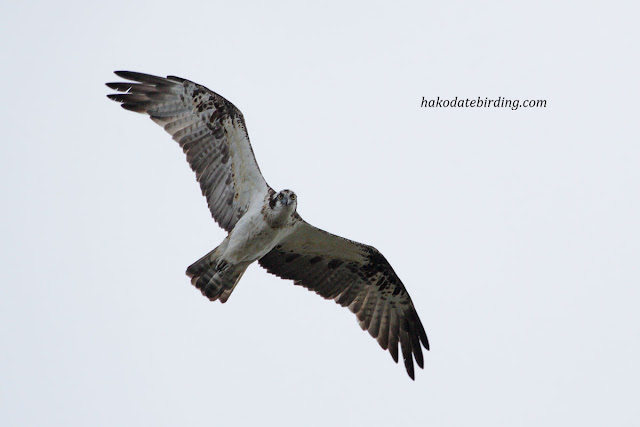