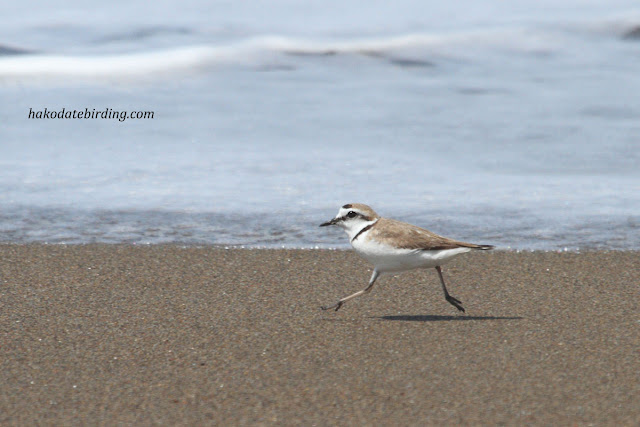 A Kentish Plover on a beach near Esashi last Sunday, it seemed to be part of a family of 3. I wasn't even aware these bred on the local beaches............

It has turned hot and the temperature reached 30 for the first time this year this week. I had a cold last week and still have nerve pain in my right leg so i haven't really been motivated to do much, it's easier to just lounge around in front of a fan.

Last Sunday was the only time I did any birding since my last post and in hindsight I'm glad I made the effort. This egret at Kikonai had me excited for a minute or two. It seemed to have a yellow bill so I thought it may have been a Swinhoes Egret (a very rare bird that appears fairly regularly in Hokkaido, there was apparently one in Yakumo in May). They look similar to Little Egrets but have bigger plumes, shorter legs and a shorter thicker yellow bill.

No good photos at all recently, these are heavily cropped record shots. 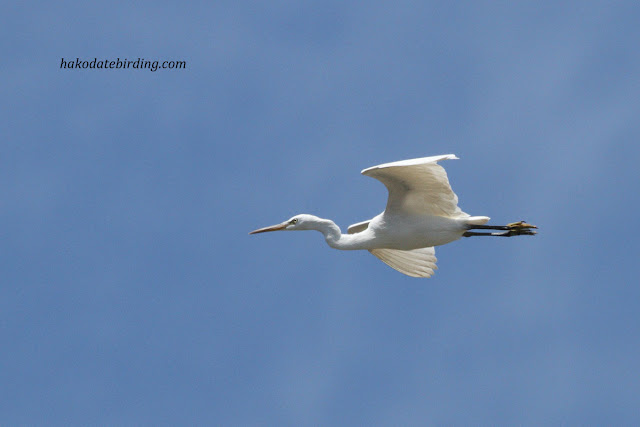 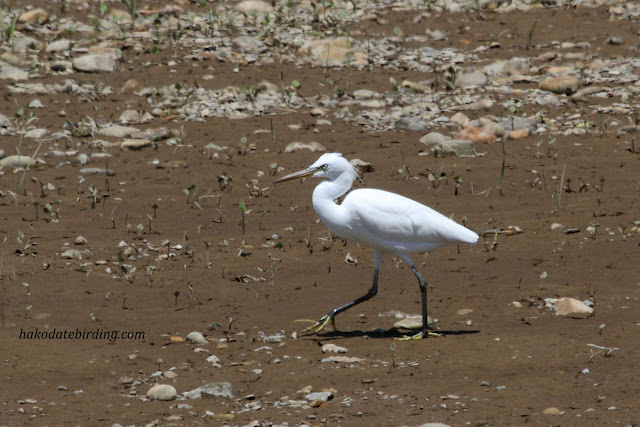 But I thought this was probably just a Little Egret with a slightly paler than normal bill. Little Egrets don't breed in Hokkaido but are regular visitors (I've seen several already this year).

Still it was nice to be excited for a few minutes at least.............I've put an ID query up on birdforum with some more crappy photos which should settle it, I'm beginning to have doubts now, after Ayuwat's comment below I'm beginning to think it may not just be a Little Egret.

Well according to more knowledgeable folk than me it IS a Swinhoes Egret.

Other birds around last Sunday in Asabu, Eshashi and Kikonai included Little and Common  Cuckoo, Pacific Swift, Chestnut Eared Bunting, Black Browed and Oriental Reed Warblers,  Wryneck and lots of Ospreys everywhere. This one was near Yunokawa at the end of the day. 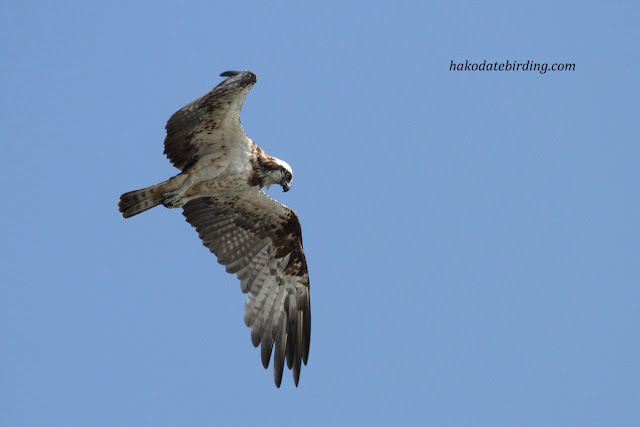 This one was at Kamiiso, I still haven't managed a decent diving shot......... 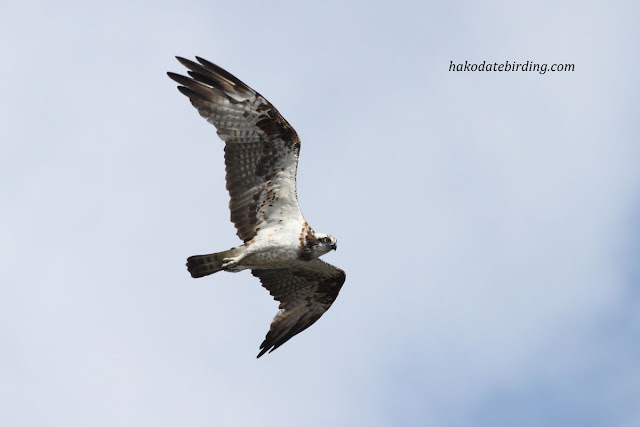 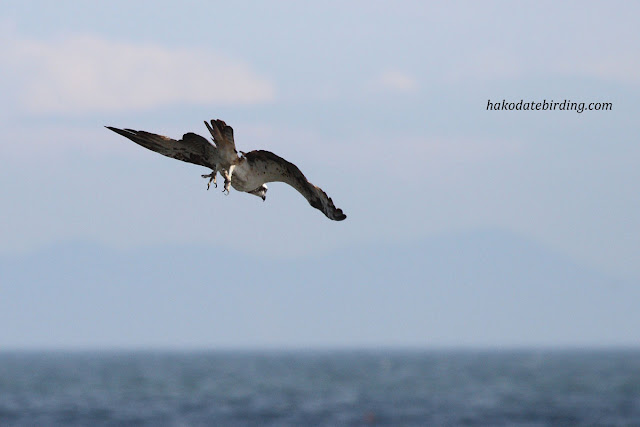 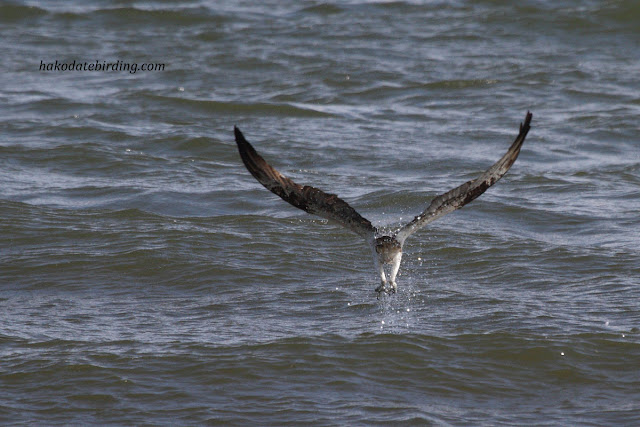 The first waders will be passing through in 3 or 4 weeks, until then it's just a case of biding my time in the summer humidity, at least the England v India series starts next week............