Owl in a hole 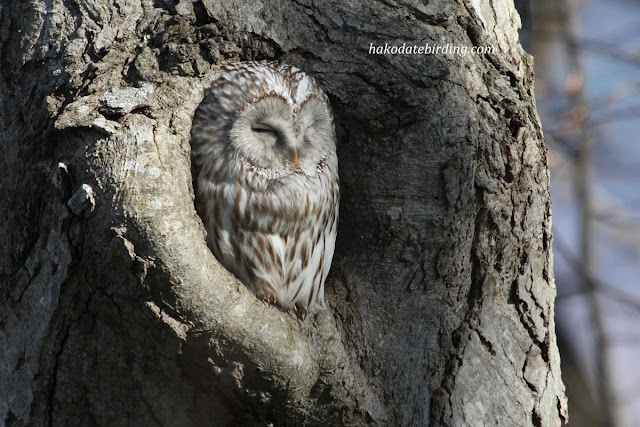 A Ural Owl at Ouma this afternoon. It was also in the same place in the morning too. 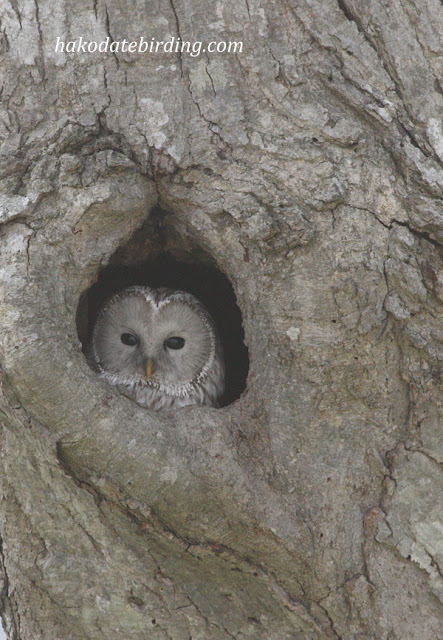 There were 2 or 3 people taking pictures of it in the morning but when we returned in the afternoon there was one very large car inside of which sat a grumpy looking oldish man with a big lens. He was parked right in front of the Owl (which was about 10 metres or so off the road). The Owl is tolerant of people as long as they stay on the road. Knowing this I got out of the car and took a couple of photos, the light was good. The old man then shouted at me, telling me I had to get back in our car to take pictures. I was somewhat taken aback (surely the shouting was more intrusive to the Owl than my quietly taking a few pictures but anyway).

There are times like this when I really wish I could speak more fluent Japanese. I would have loved to have been able to say 'who the f**k are you, the f**king Owl police?' but I was restricted to 'anato no fukueo desuka?' which means 'is it your Owl?'. Sarcasm loses everything in translation. Actually I should have walked in front of his car and stood in front of his camera. Or maybe I should have said 'sshhhhhhhhhh. don't shout, there's an Owl in that tree over there'. 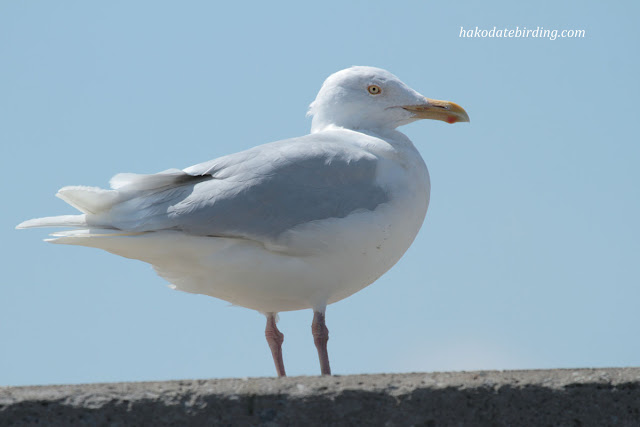 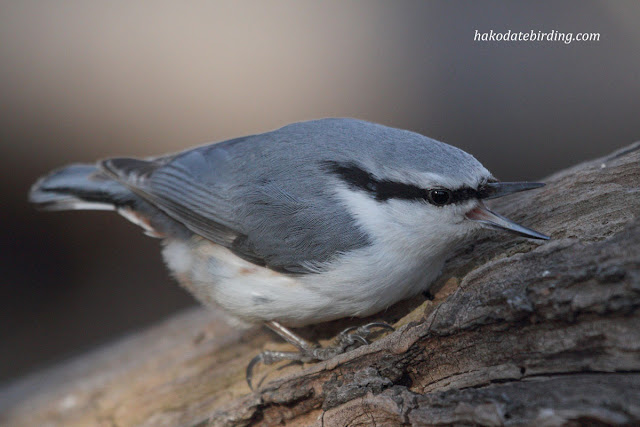 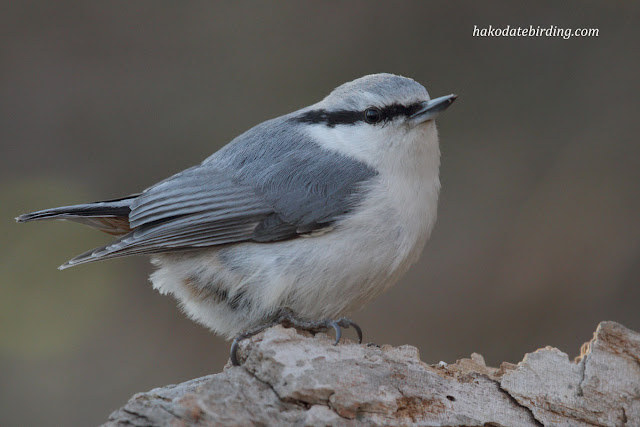 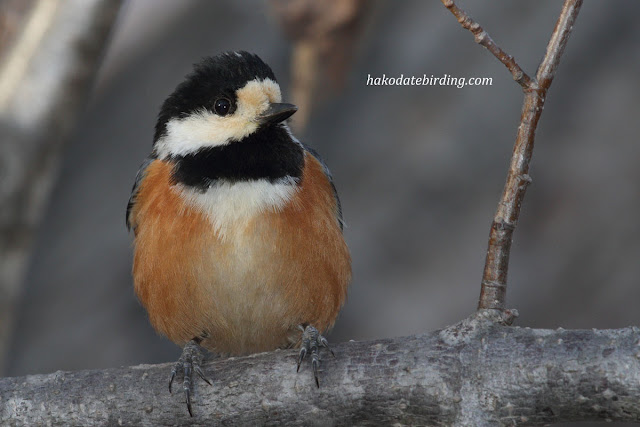 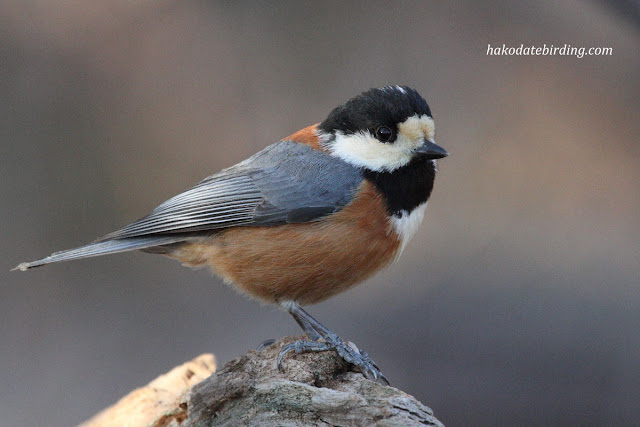 The Glaucous Gull was near Oshamanbe, the Tits and Nuthatches were at Onuma.

It was a bit of a frustrating day, some nice birds but not many nice shots. There were several Eastern Marsh Harriers near Oshamanbe but I could only get this crappy record shot. 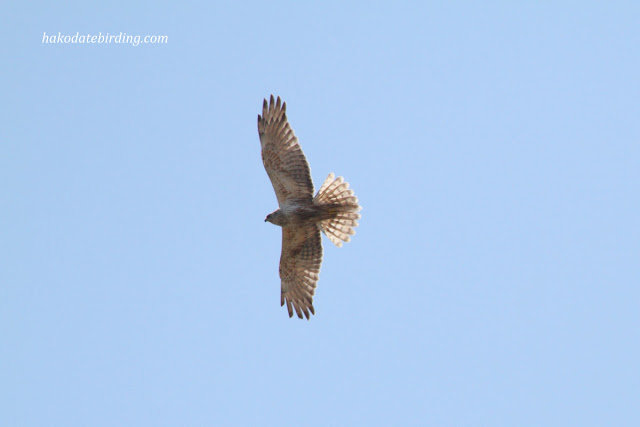 Back at Onuma the Black Woodpeckers and Mandarin Ducks were around but again no chance for a keeper. 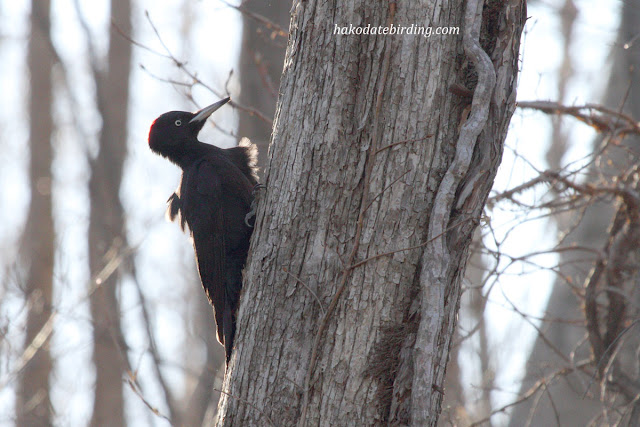 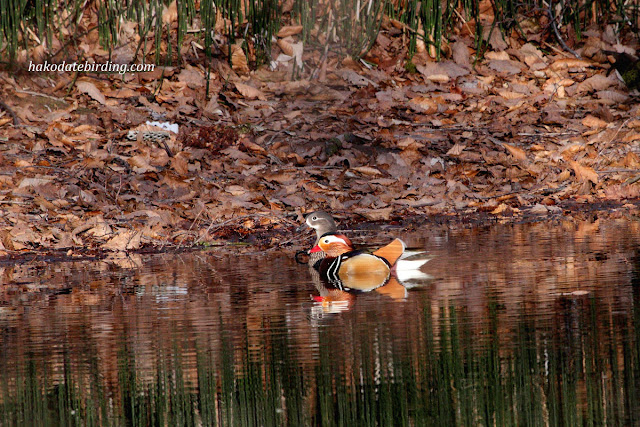 It was sunny but very windy today, and the wind was cold. Here are some sheltering Dunlin at one of the ports near Oshamanbe.

On Friday I got up early to check if the Crossbills were still in the park, they were but only high up in the trees. The Siskin and Brambling were still there too. I then did the long walk down the river, along the beach and into the forest at the foot of Mt Hakodate. The first singing Japanese Bush Warbler of the spring were there as were the common resident Woodpeckers, Tits and Nuthatches. There were some Red Necked Grebes on the sea and a group of 30 or so Common Buzzard on their way north. No decent photos of any of them though.

So do I hope Liverpool lose tonight meaning Arsenal can close the gap on Man Utd? Hmmmmmmmm.

Here's a view from Onuma at the end of the day. Nice and peaceful but I was still fuming about being shouted at by some stupid old oyaji. 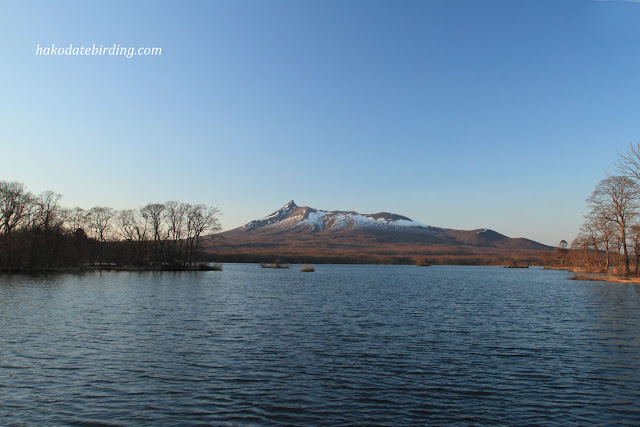 I hope the Owl flew at him and scratched the front of his lens.