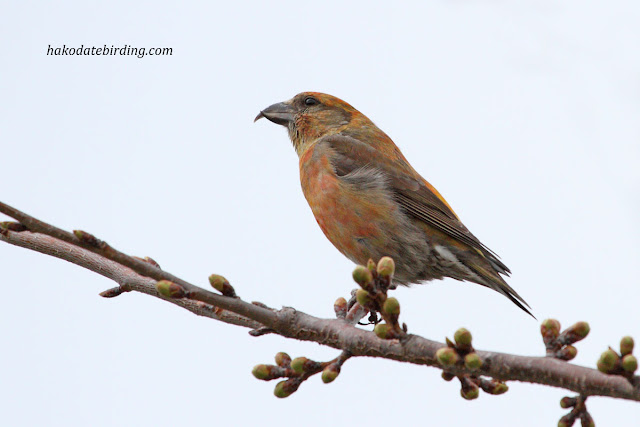 It's been a grey cold week so far in south Hokkaido. There are a still a few Crossbill around, this male was one of a group of  half a dozen in Goryokaku park this afternoon. 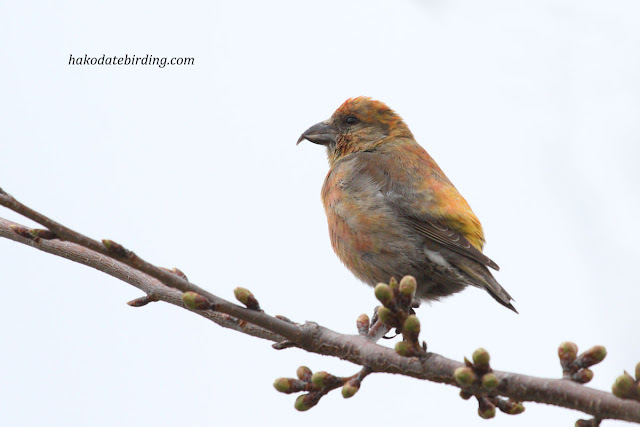 There were 40 or so Brambling and a few Hawfinch but they were very shy. 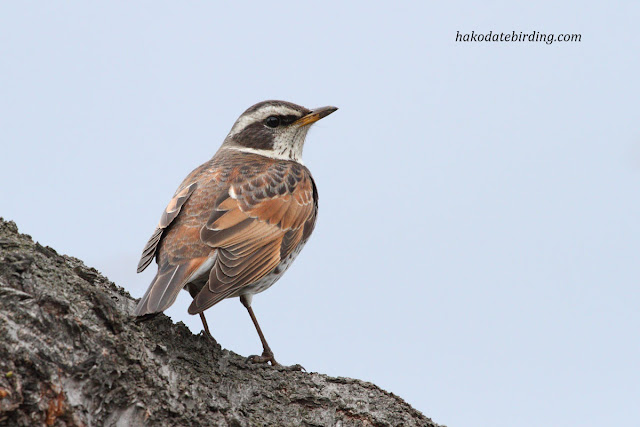 Dusky Thrush are always very common at this time of year, there were lots in the park this afternoon. 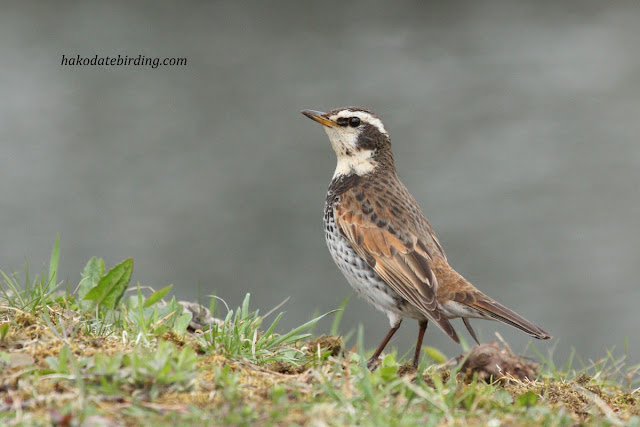 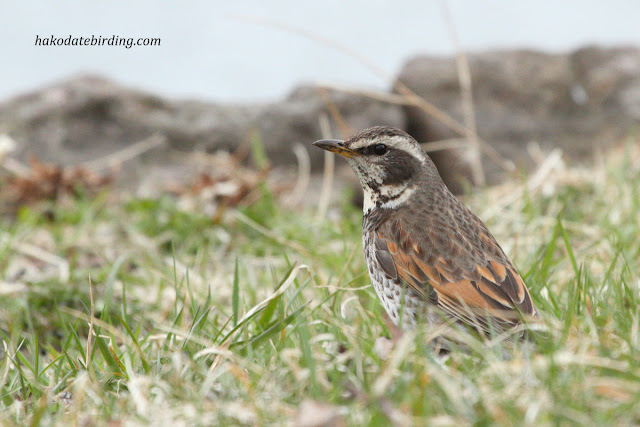 A few White Wagtail remain in winter but generally it is an abundant summer visitor, they are everywhere at the moment. 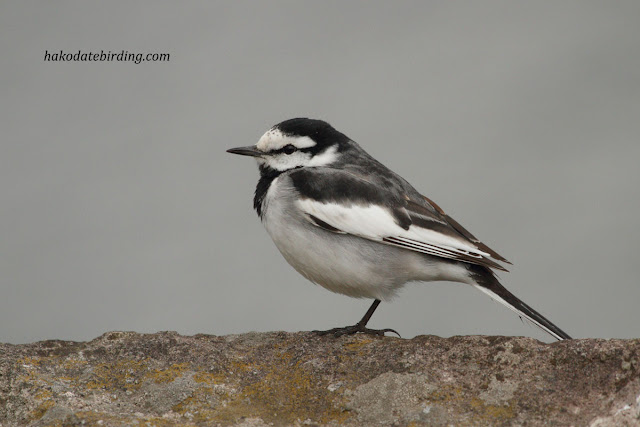 The first Swallows of spring were skimming over the moat with a few Asian House Martin. The last couple of days has seen a few Bullheaded Shrike, Daurian Redstart and Japanese Bush Warbler pass through and today I saw the first Siberian Stonechat of the year too.

Why are all the decent footy games on at inconvenient times this season? Spurs v Arsenal tonight looks like it'll be a very interesting game but I'm not getting up at 3.45am to watch it, the only game I could catch last Saturday was West Brom v Chelsea for christs sake.

The city elections are at the weekend, like I said in a previous post electioneering here consists of candidates driving slowly around town hysterically bellowing slogans with their 'supporters' (usually the local equivalent of dumb blondes) waving and smiling out of the windows.

At least I don't have to put up with a Royal Wedding (although you'll at least get a day off work).