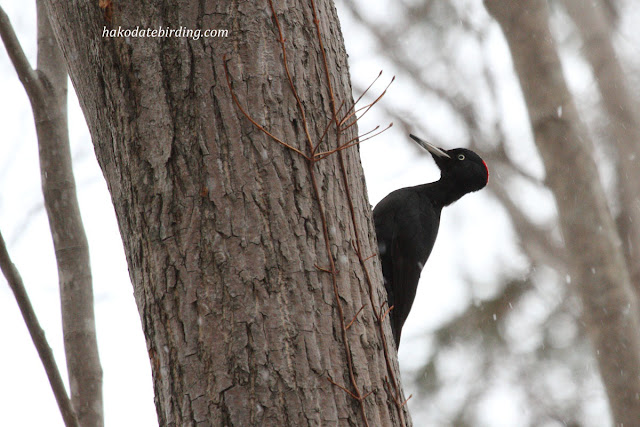 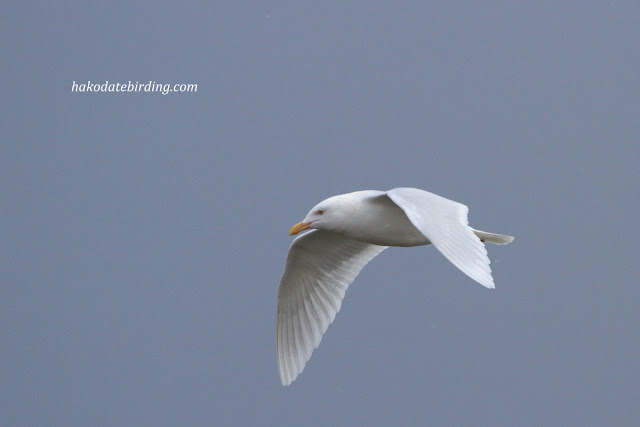 A female Black Woodpecker (at Onuma) and an adult Glaucous Gull (at Yakumo). It was a very cold snowy grey kind of day today, winter has returned if only briefly.

Not much at Yakumo, a small flock of Great Egret, a lone Slavonian Grebe, the usual common ducks plus lots of Glaucous Gull. This is one of my fave winter birds, not so many in Hakodate as a rule but there always seem to be plenty in Yakumo. They were at the rivermouth and impossible to approach closely. 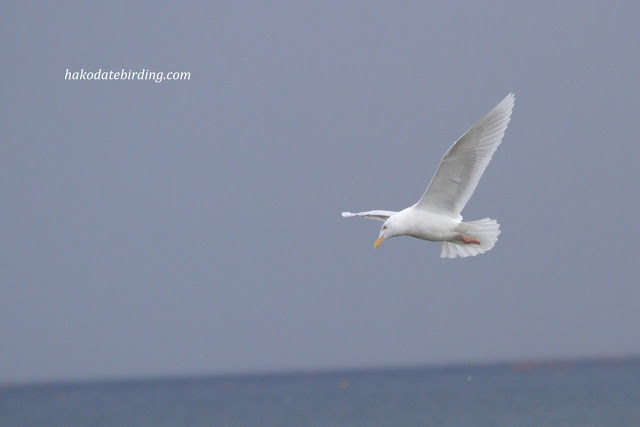 The Black Woodpecker was a nice find at Onuma, the first one i've seen for a while actually. It was very dark though and it flew off after a minute or so. I could only get heavily cropped noisy record shots. 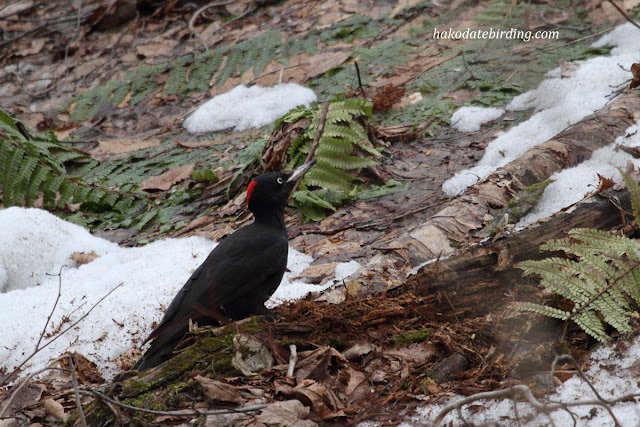 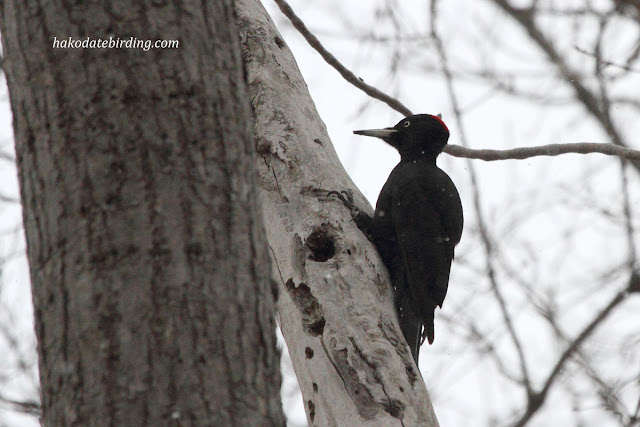 Though I've seen them many times I've only ever gotten decent photos once and that was over 3 years ago. There were lots of Woodpeckers of various species drumming everywhere in Onuma and that combined with the honking of the Whooper Swans made for a nice peaceful atmosphere.

The Black Woodpecker was in the same general area as the common Tits and Nuthatches. These certainly aren't shy. 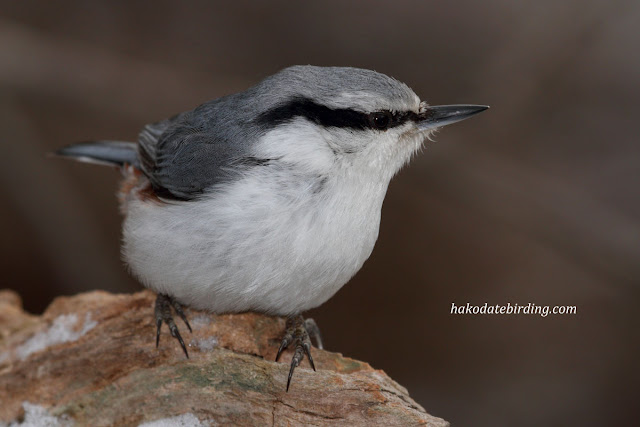 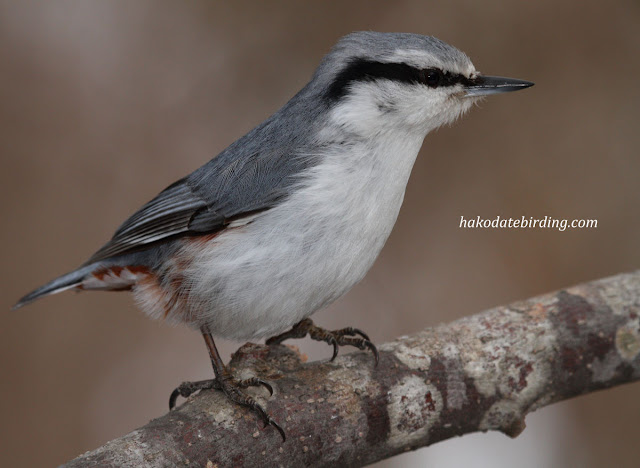 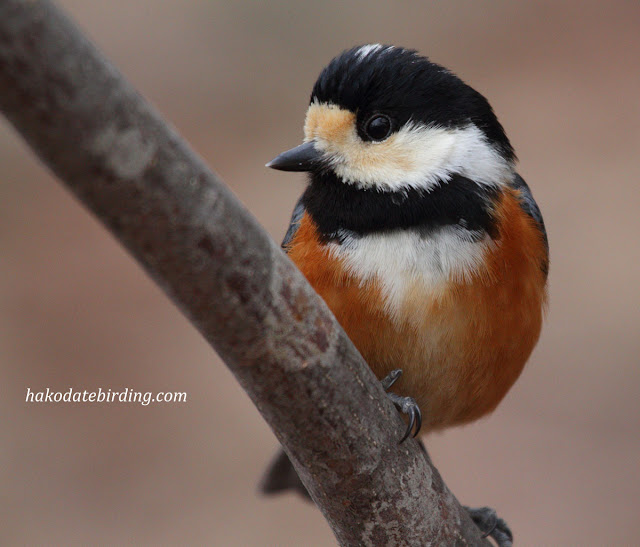 The birds were scattered by a female Sparrowhawk but all returned 10 minutes later. There was also a Japanese Grosbeak and Hawfinch too but they were even shyer than the Black Woodpecker. The Mandarins were as uncooperative as ever and only allowed record shots, how can something as colourful as this be so shy? 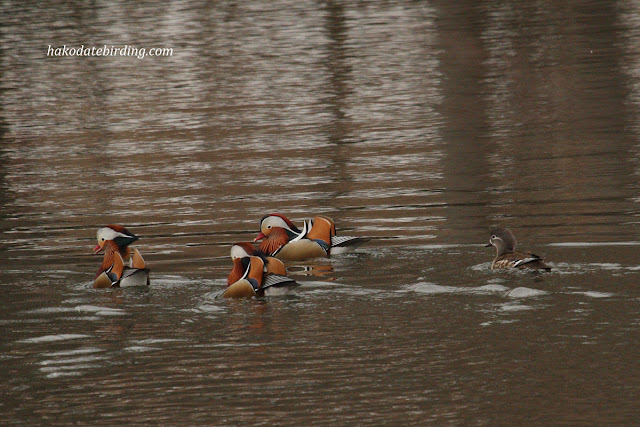 Not a great Sunday for photos as you can see. Continuing the crappy cropped record shot theme of the day........ 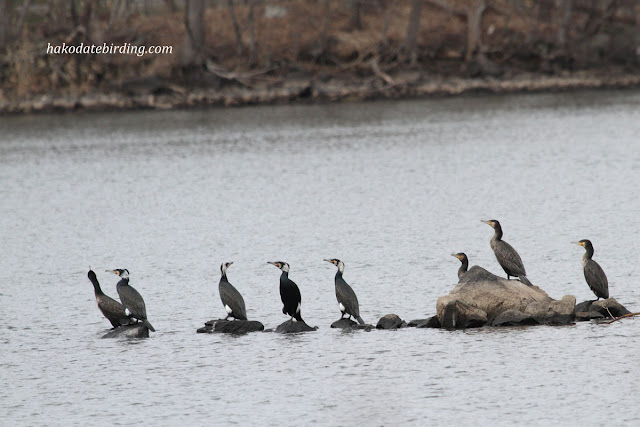 Great Cormorants (the same as in the UK). They have a bronze sheen in breeding plumage unlike the much commoner green sheen of the Japanese Cormorant (which is usually found on the coast and generally not at freshwater sites). These are I think pretty rare in Hokkaido but Onuma has a small colony of them every summer.........shame they sit out in the middle of the lake all the time.