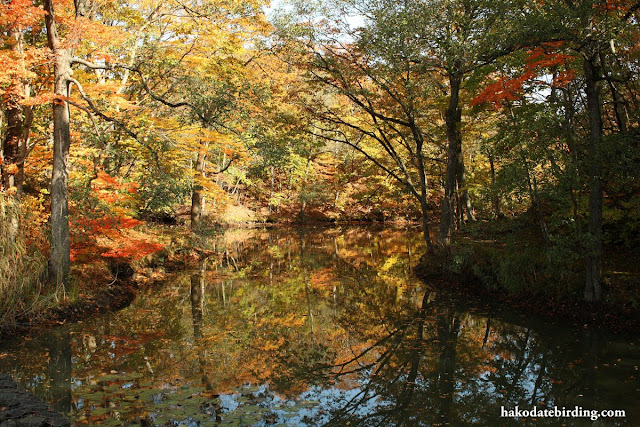 Autumn continues in south Hokkaido with the usual picturesque scenes at Onuma.

An old friend of mine, Damian,  from back home in Preston passed through Hakodate for a few days last week and I'm just recovering after several days of heavy drinking and eating. I also seemed to have picked up some kind of nasty neckache so I'm a bit tired and grumpy as I type this (and hunching over a computer keyboard doesn't help much).

Great to see Damian and the first real bit of reminiscing with someone from my childhood I've done for ages.

Not much to report birdwise over the last week or so. 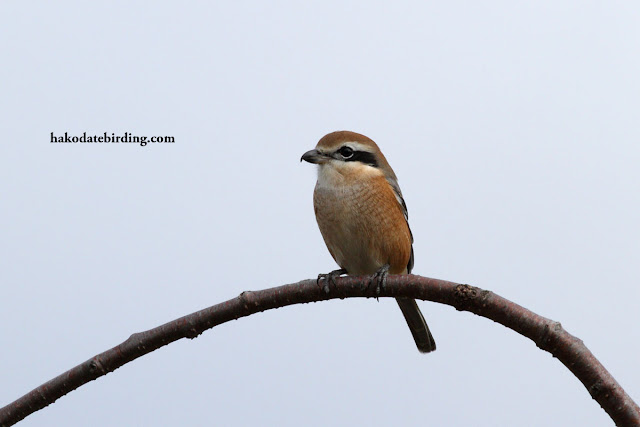 The male Bullheaded Shrike was one of several migrant species passing through town. I didn't get to Mt Hakodate last week, this is by far the best place to see migrants. I did go in the evening to show Damian the famous nightview but I forgot a tripod so here's a halfhourbeforeduskview instead. 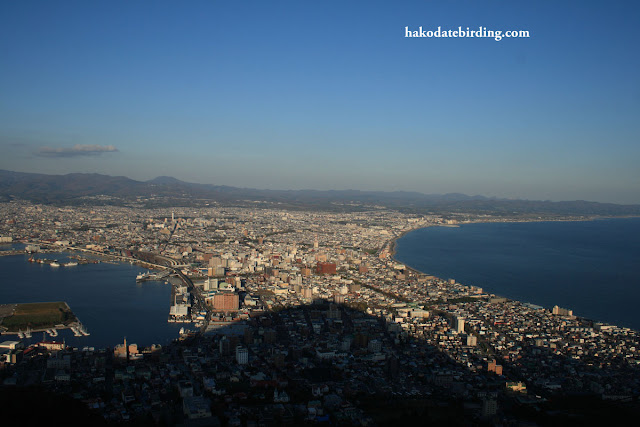 The first Daurian Redstarts and Dusky Thrush have appeared and on the moat in Goryokaku Park there were 2 Coot, a Little Grebe and an odd looking duck that I thought was probably just a Pintail. It looks a bit browner that most of the Pintails I see though. Could it be a Falcated Duck? Damn these dull looking eclipse plumaged male/immature/female autumn ducks............... 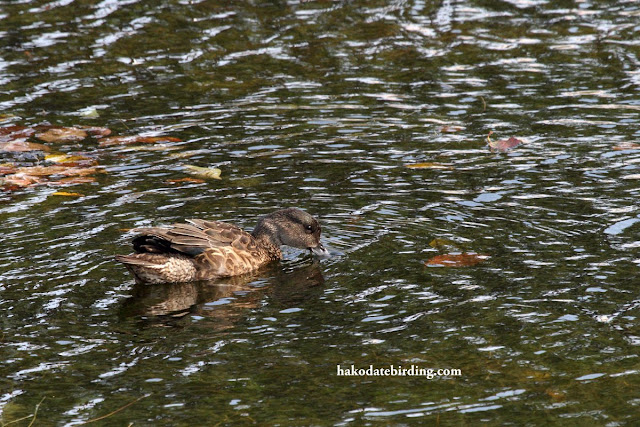 The most interesting bird of the last few days was this distant immature White Tailed Eagle just outside Hakodate. 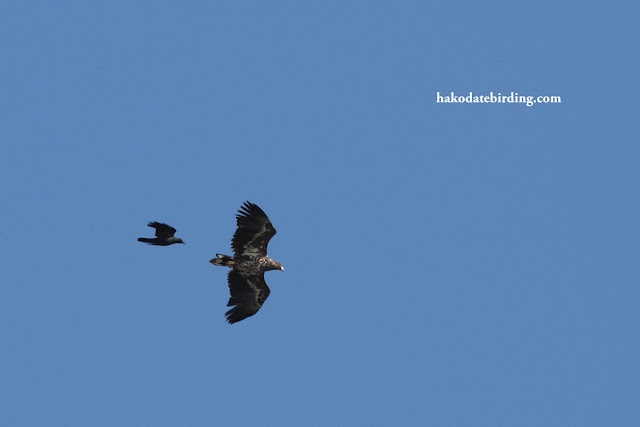 Damian got lucky with the weather as we showed him the local sights ( oh and he isn't a birder ). 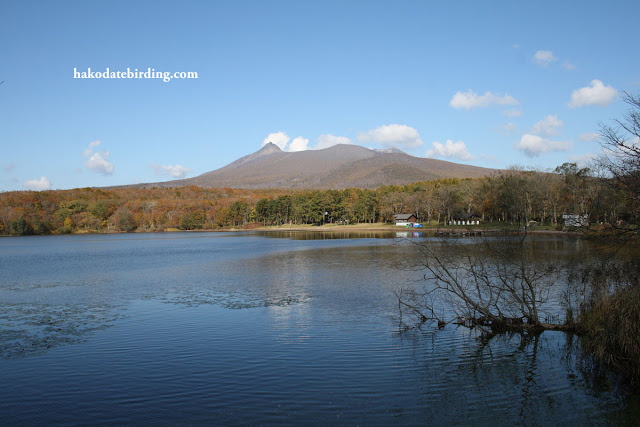 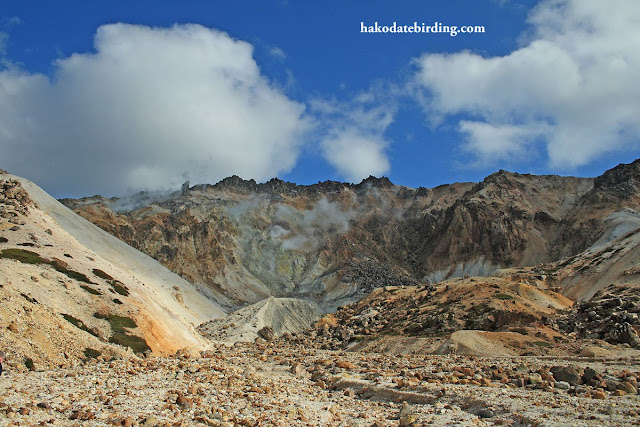 The Night Herons are hanging on. 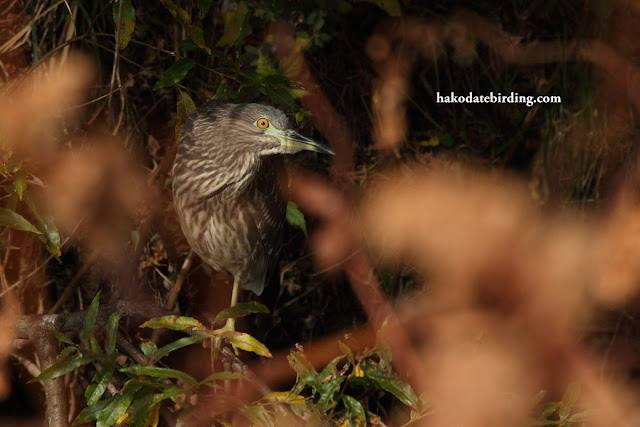 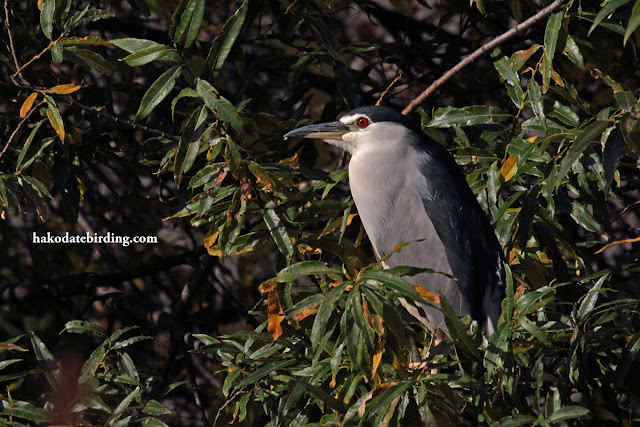 And this Grey Heron gave me some some more 7D BIF working out. 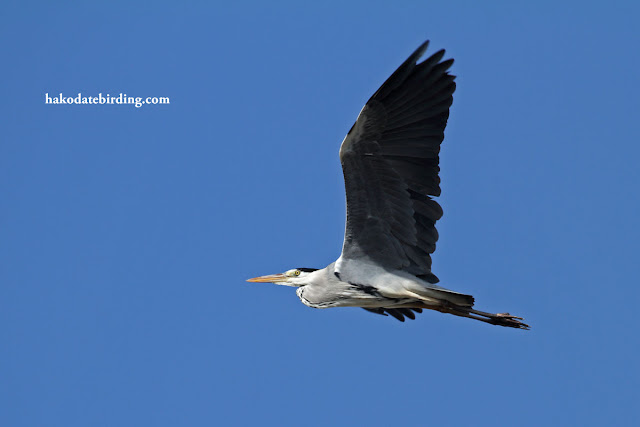 October isn't the best time of the year for bird shots and I'm itching to use the 7D on the winter stuff that will be arriving soon.

The Harlequin Ducks were as shy and difficult to photograph as usual. 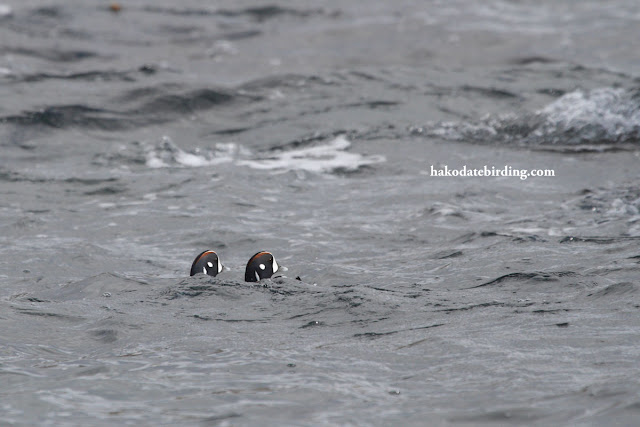 And look at this for a tacky statue in Esan. 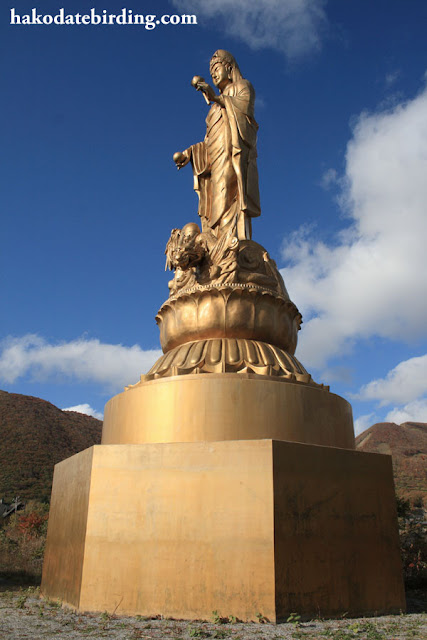 Nice result for Liverpool on Sunday, Carragher was a bit lucky to stay on the field though. LOL at Vidic, will he make it 4 out of 4 next time?