Rainy weather has kept me indoors so here is the second installment of pics from earlier this year which were lost on my (2) defunct second blog(s). They should compensate for the lousy Flycatcher pics below. 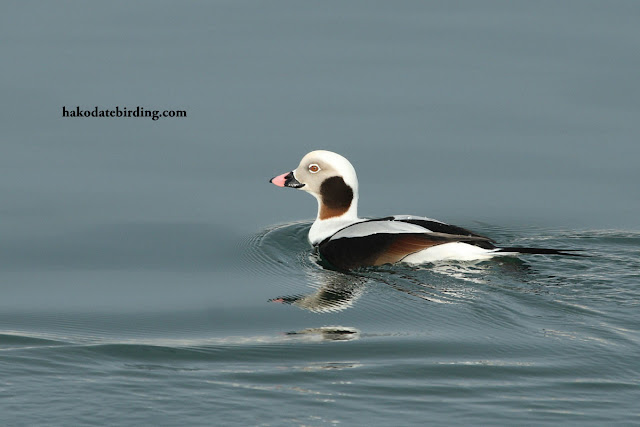 This male Long Tailed Duck was part of a group of 15-20 which spent the winter in the port at Oshamanbe. I hope they come back this year.
This has to be the most pi**ed off Great Egret I've ever seen. I normally associate Egrets with tropical or at least sunny climes, not south Hokkaido in the middle of winter. 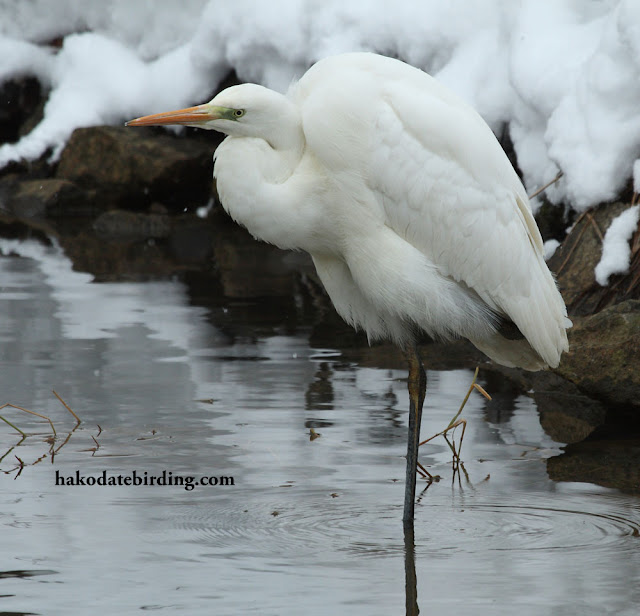 It remained all through the coldest part of winter though, in a small ice free patch of the lake at Onuma. 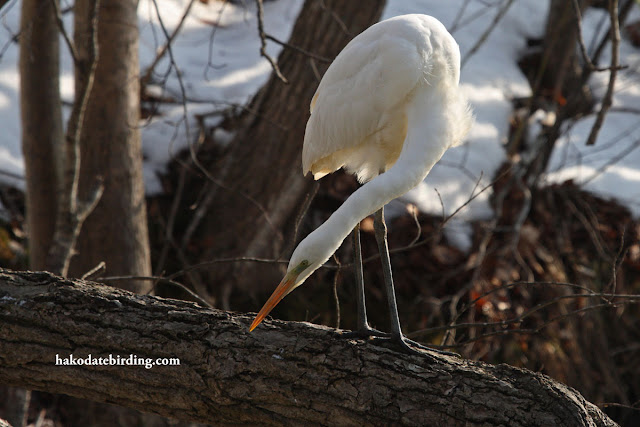 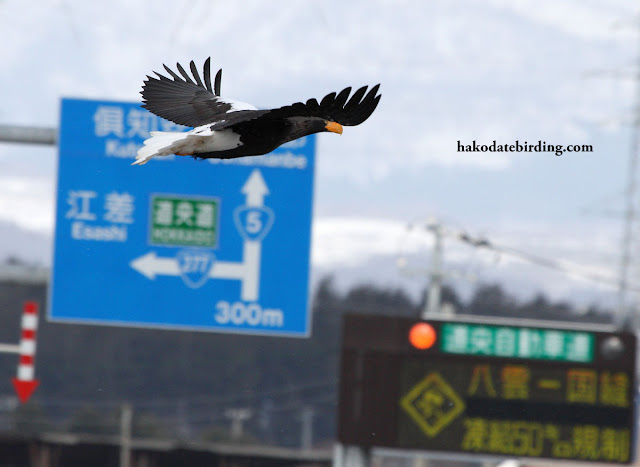 The eagle numbers were lower than normal last year because the salmon numbers were well down meaning less food. There were quite a few at the start of winter but by February almost all had departed (or starved I suppose). Apparently fishermen are reporting low numbers of salmon offshore this year too. I don't know if it's down to overfishing or pollution but either way it's not looking so good for the eagles a second winter running.

Brent Geese are staples for the bird photographer in these here parts, these are all from Hakodate. 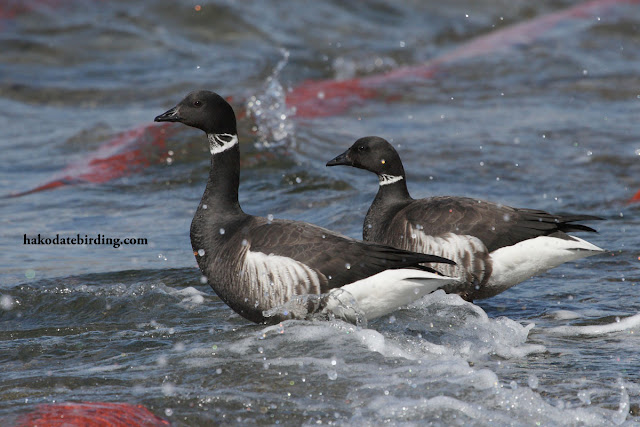 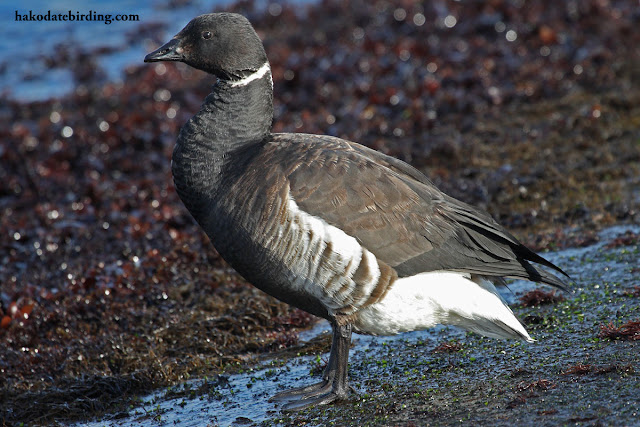 And Dusky Thrush are another common winter visitor. 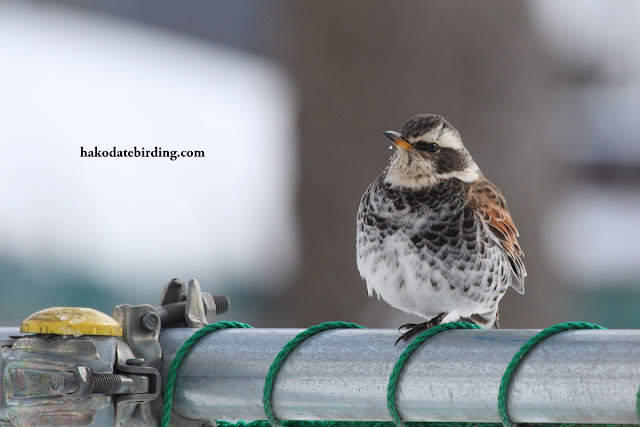 And the easiest birds to photograph are the tame Tits and Nuthatches at Onuma. The Varied Tits are especially photogenic. 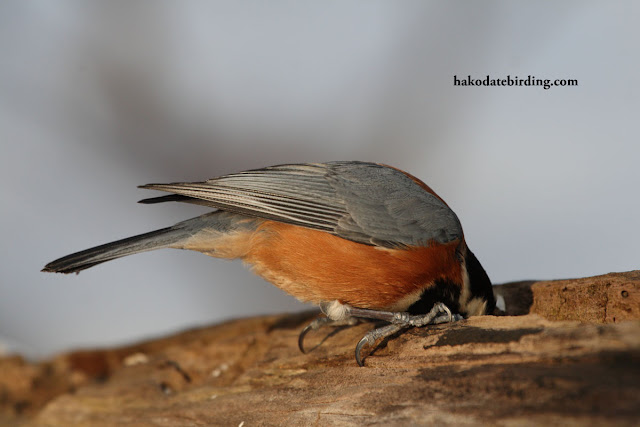 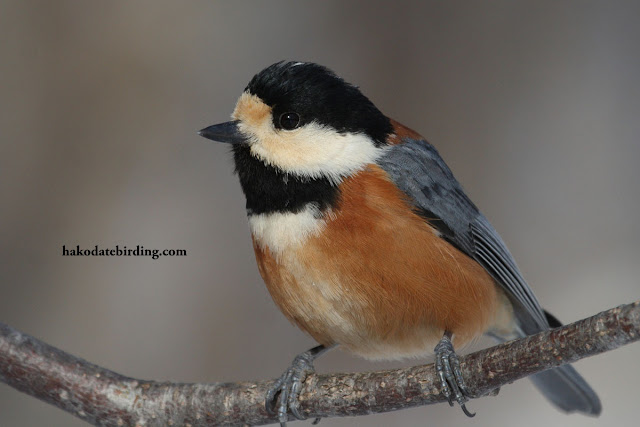 Not everything I photograph has feathers. 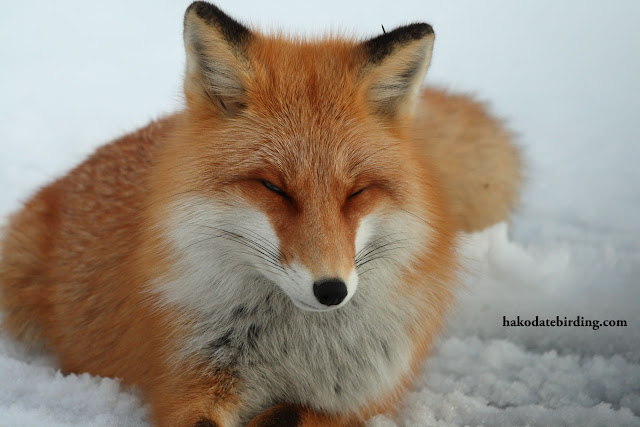 If I had to pick the bird of 2009 it would have to be the Common Crossbill. I took a hell of a lot of shots from February through to May, all near my flat too. 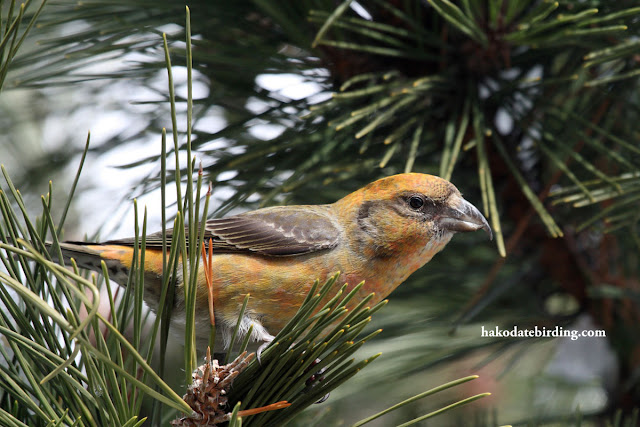 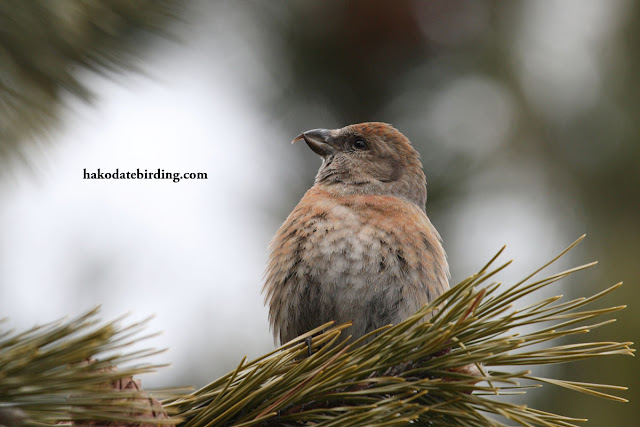 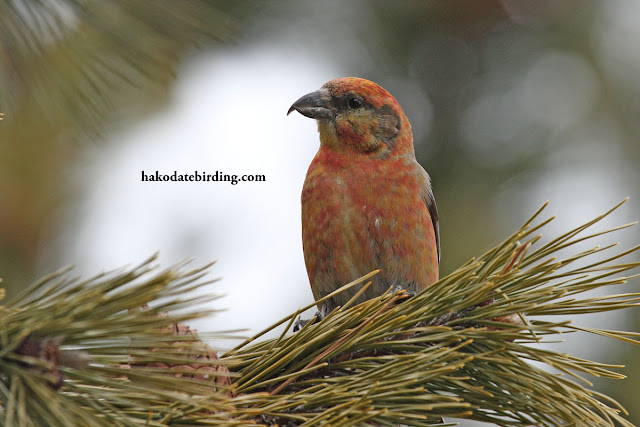 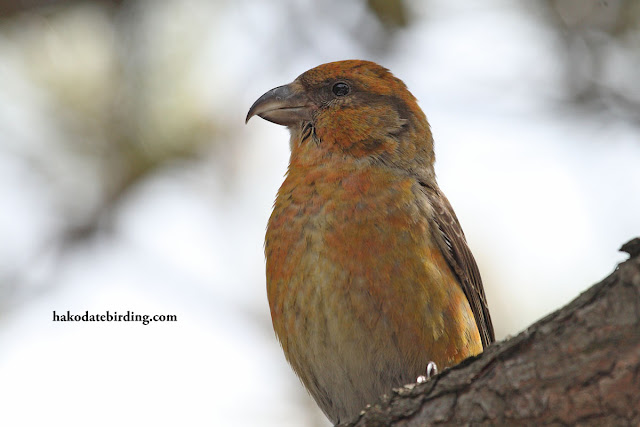 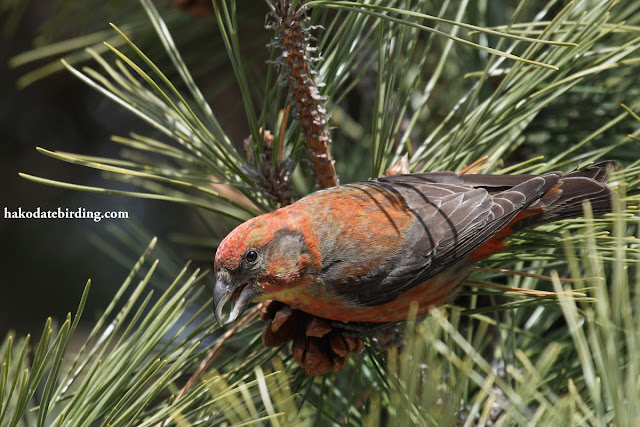 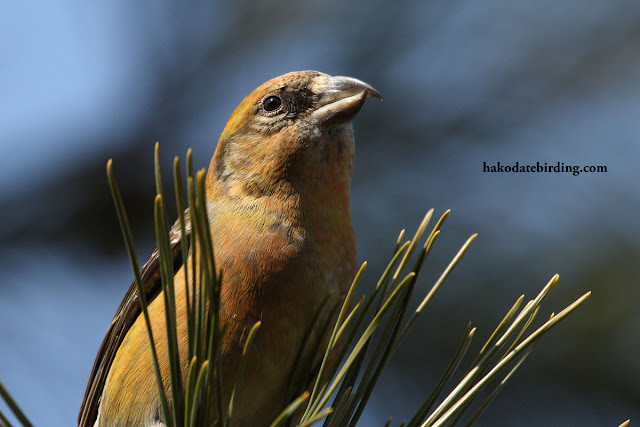 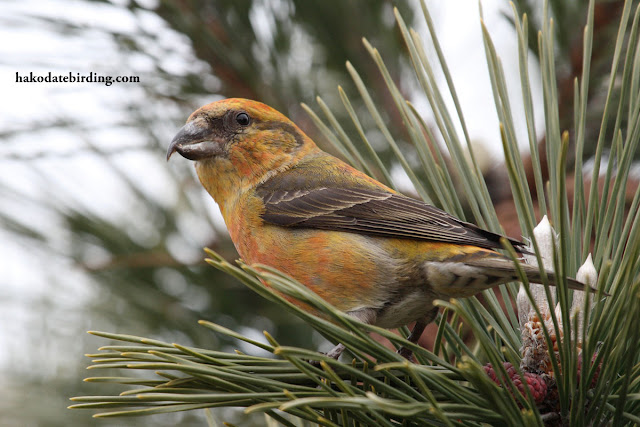 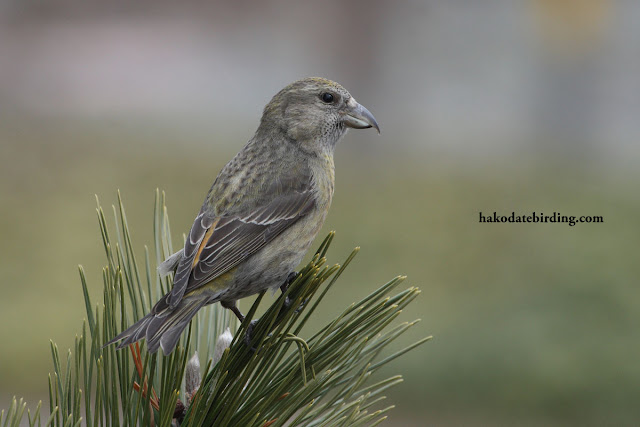 If you have time, click on this to send me shooting up the Japanese Nature Blog rankings.......

The construction noise is reaching a crescendo as they dig up the road and surrounding area to lay pipes and cables. It should be finished in 2 weeks or so. I did however notice new plots of land nearby are being cleared for yet more new houses/apartments. Why? There are already loads of empty ones all over the place. At least the next ones to be constructed might be just out of earshot.