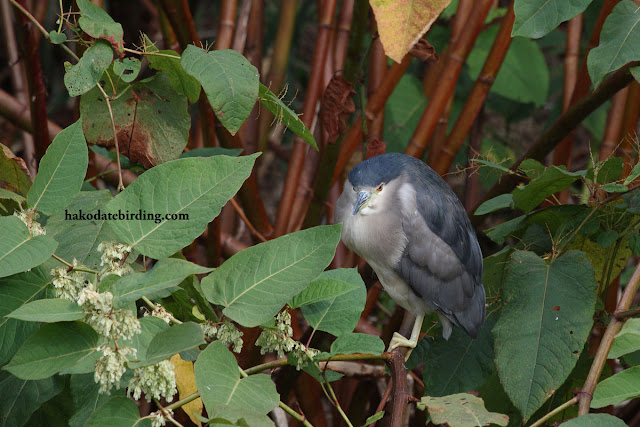 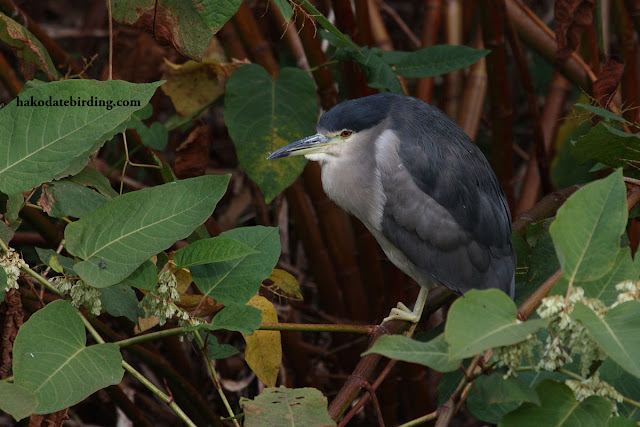 One of three Black Crowned Night Herons on the river near my flat this afternoon.

This one appears to have some kind of dragonfly parasite. 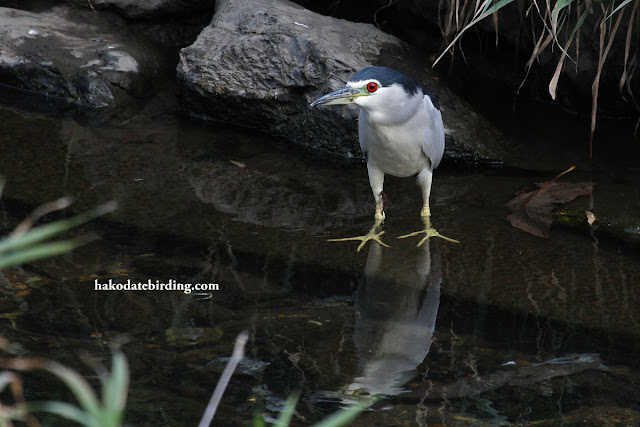 The migrants continue to pass through. Here's a crappy shot of an Arctic Warbler. I find warblers as tricky as flycatchers to ID but at least Arctics have a very distinctive buzzing call. 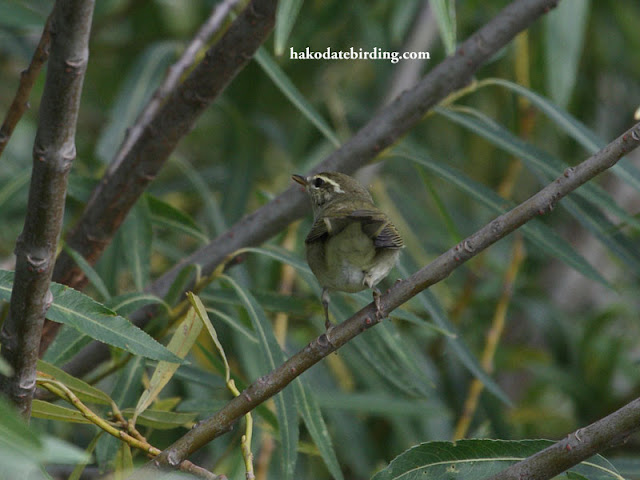 Still no Sooty Flycatchers, here's yet another Asian Brown. 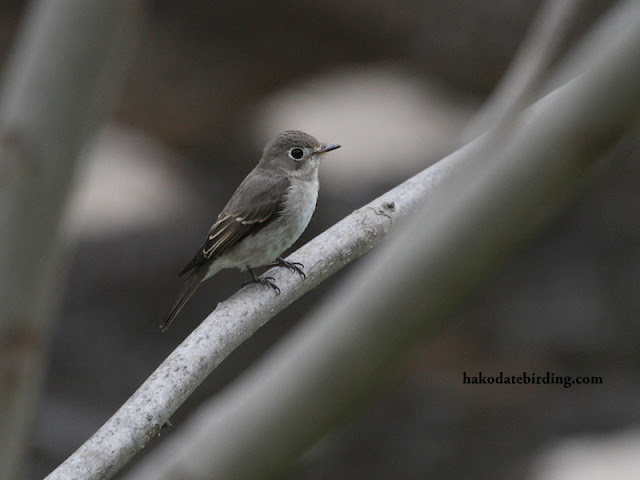 A female Japanese Thrush was skulking in the bushes too but I couldn't get a photo.

Yesterday was my 41st birthday. It was a beautiful day and the start of a 4 day holiday in japan meaning the only northbound route out of Hakodate had huge traffic jams (something that hardly ever happens in this relatively empty corner of Japan).

Despite the glorious weather I didn't see a single bird of interest so here's a view from near Onuma. 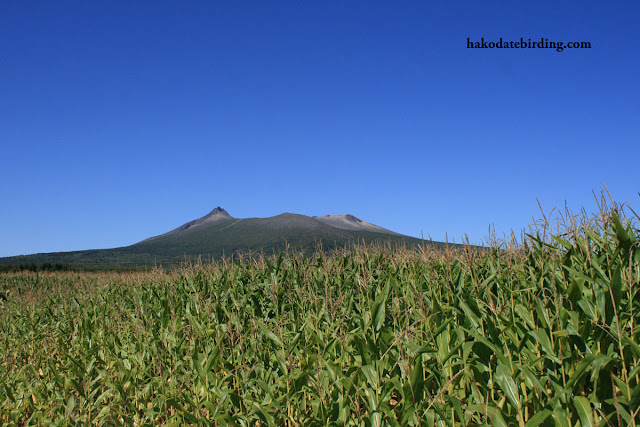 The construction outside my window has entered its 12th week (and they do it 7 days a week don't forget), they're now digging up the car park in front of our apartment very very very very very noisily. Bastards.

I watched the Manc derby last night, very exciting stuff although the worst possible result. Liverpool's defence looks terrible, I hope they can hang on for a top 4 finish.