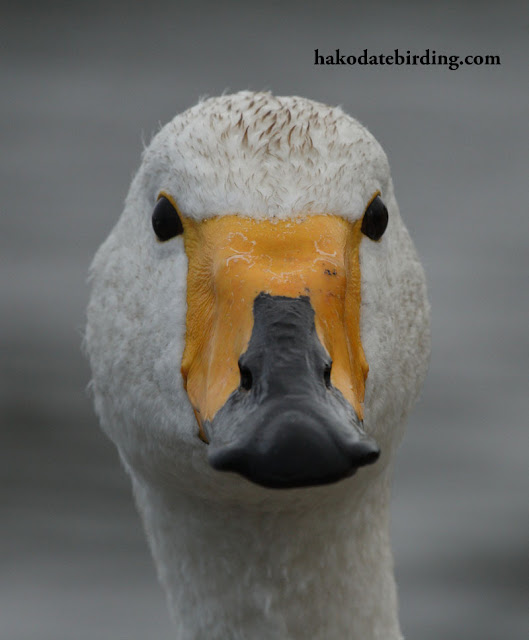 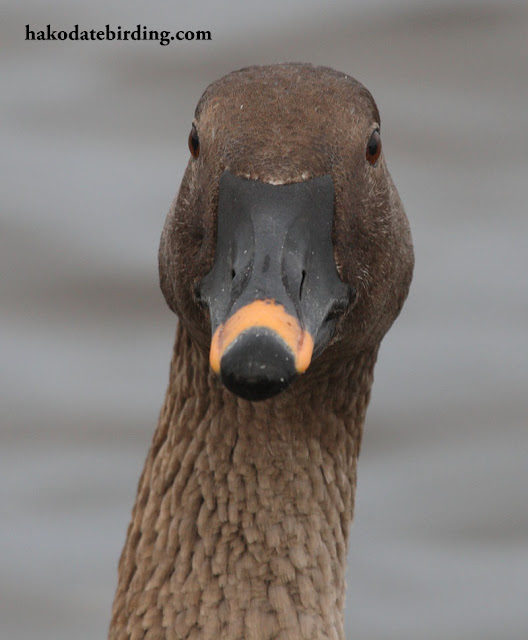 We just got back from a short trip to the Tomakomai area. We stopped at Utonai-ko, a well known bird reserve near Chitose Airport. This Bean Goose is wild but tame, I think it's the same individual we've seen several times before here. The Whooper Swans are also wild, some of them are sick or injured birds who couldn't make the spring trip north........ 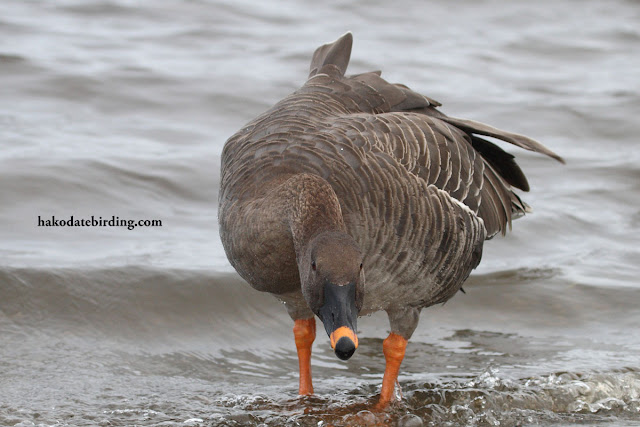 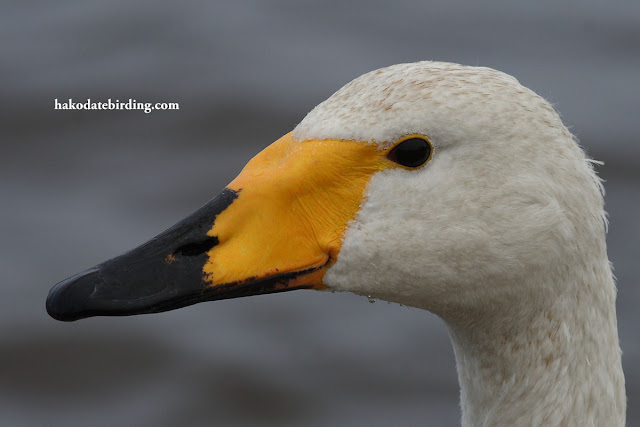 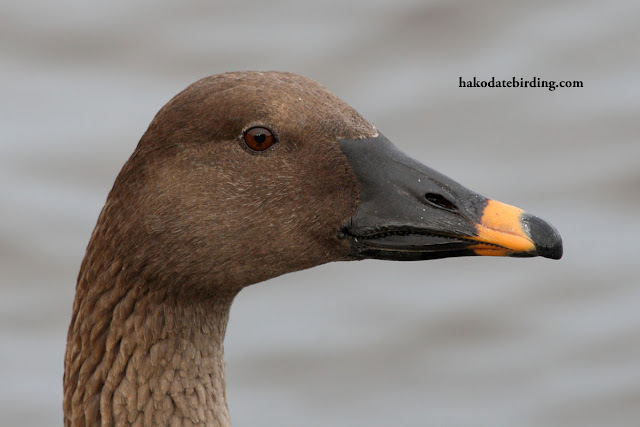 There were also small numbers of Pintail, presumably the first arrivals of the winter. 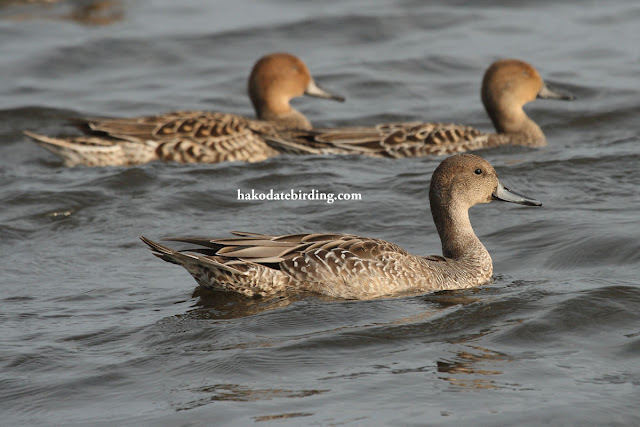 Other stuff here included Siberian Rubythroat (hiding in the bushes) and the usual common stuff including several Great Egret.

We also checked out the mouth of the Mukawa River. This is a site we visit once or twice a year, it's famous for waders. However the area seems to be under some kind of development, most of the wetland has been drained. This has been going on the last couple of years. It's a bit sad, I really hope the reason is not just somebody is using up government taxes to create useless unnecessary construction projects.

The only things of interest here were Eastern Marsh Harrier and an unidentified kind of Snipe.

Waders were thin on the ground everywhere. Apart from the odd Common Sandpiper the only shorebird we saw during the whole 2 days was this bedraggled scruffy looking wader that I thought was just a Dunlin at Oshamanbe. 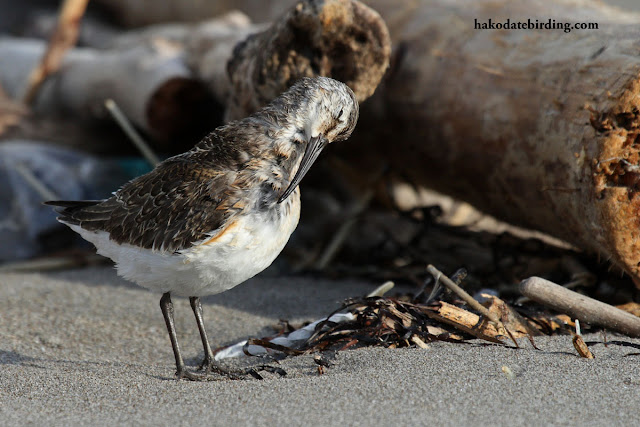 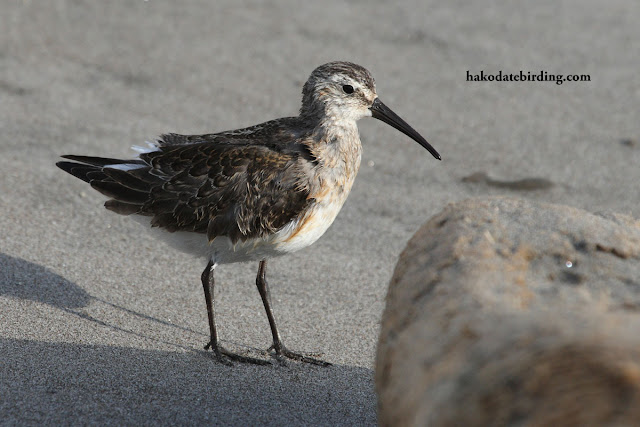 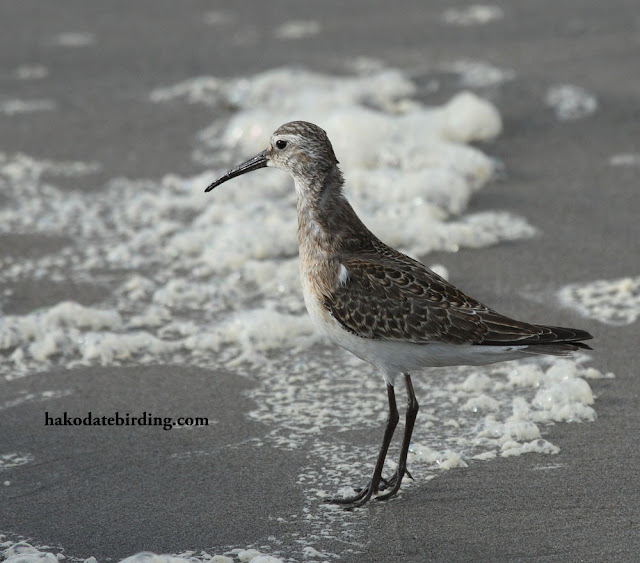 One possible reason for the lack of waders on the beaches were the hundreds (or thousands) of fishermen trying to snag Salmon, they were lined up on every beach from Hakodate up to Tomakomai.

We stayed in a cheap hotel in Tomakomai. This was due to the fact this week is a big holiday in Japan so all the decent hotels in the general area were either booked up or too expensive.

Dinner wasn't included in our hotel so we went for a major eating and drinking session at a nearby izakaya. This was snapped with the camera on my cellphone. 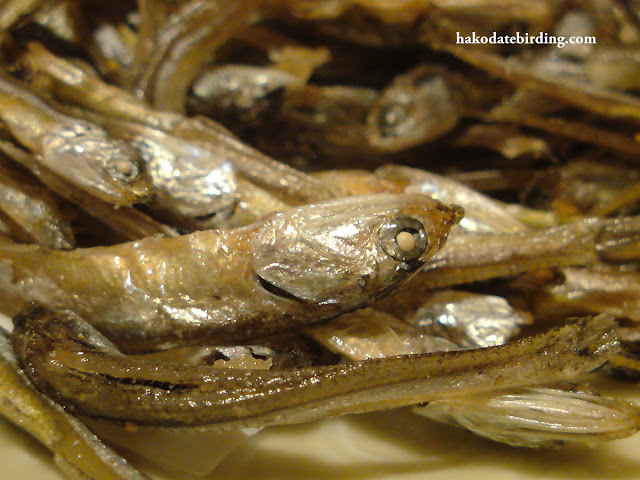 Tomakomai is not an attractive city. A gloomy industrial town. 8 years ago I had to work there for a couple of weeks, it made Hakodate look like Venice or something. It is surrounded by very nice countryside though: mountains, forests and lakes. Here's a view of the smoking top of the nearby volcano Mt Tarumae. 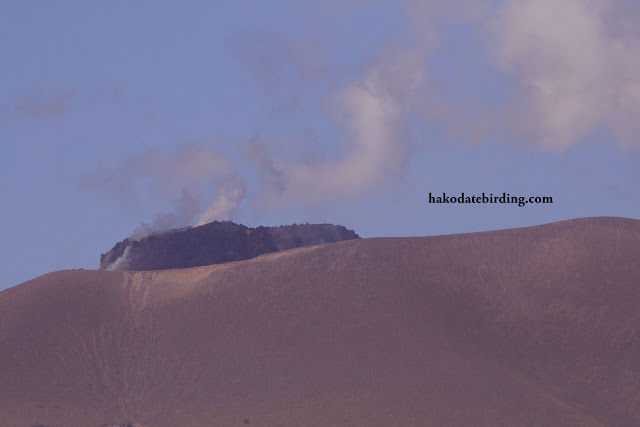 We went to one forested area just north of the city that is famous for Black Woodpecker and Crested Kingfisher. We heard the former but saw nothing of the latter (although we did see a Common Kingfisher). Actually the forest looks great for birds but as today was not in the best season for woodland birds plus it was a national holiday with gorgeous warm clear autumnal weather so the trails were packed. I reckon an early morning visit in May would more than compensate for having to stay in a hole like Tomakomai.

Lots of Japanese Grosbeaks were up in the treetops but they remained up there and didn't come down for a photo. I borrowed my wife's macro lens to try and shoot some of the many bugs...........

Not so good I know. 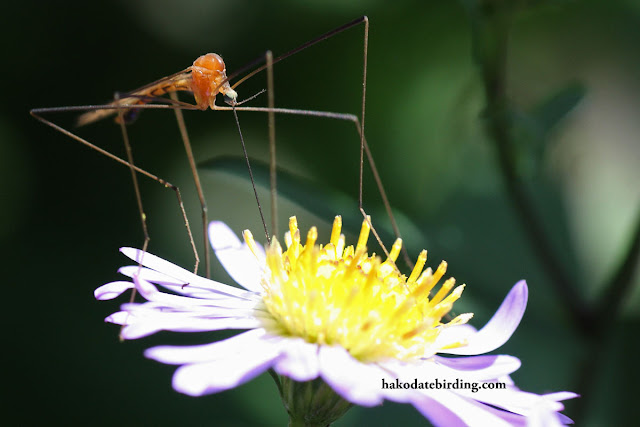 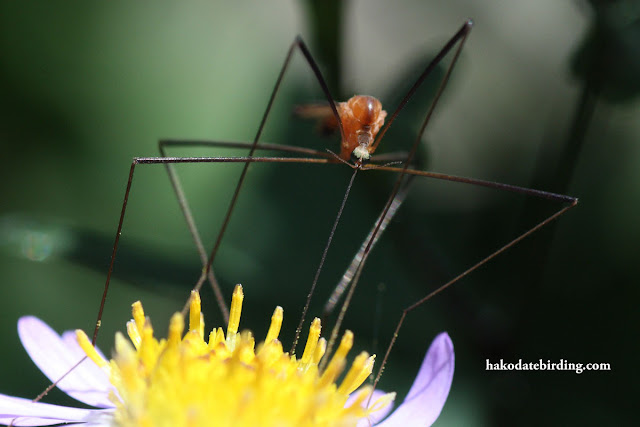 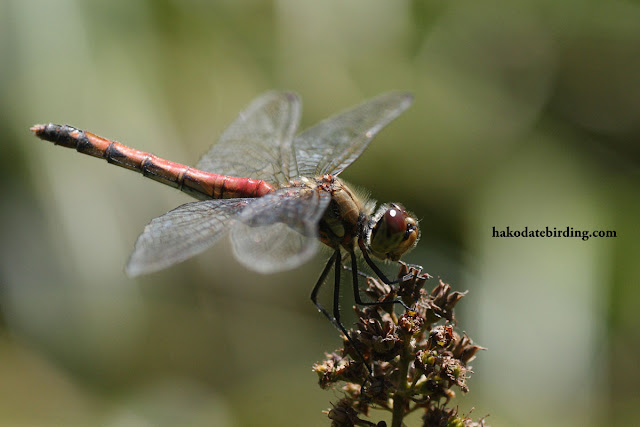 Macro is hard. DOF is so difficult to gauge. My camera isn't so great for manual focusing (it has a smallish viewfinder). Bugs move and flowers/twigs blow around in the wind. The macro lens my wife has (the Tamron 90mm one) is OK but the AF is lousy and of course it doesn't have IS. If I had it on a tripod with liveview to help with manual focus the results may have been better. I now have a lot more respect for macro photographers.

Wow there are loads of different kinds of insects. I had no idea.