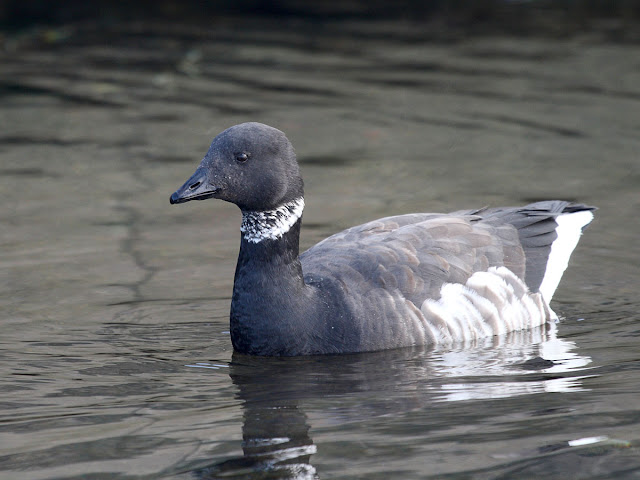 One of 6 Brent Goose over in the harbour near Hakodate Dock a couple of days ago. It's been a very low key last 10 days or so, mild grey wet weather has resulted in not many photos to upload. The Geese were definitely the highlight. 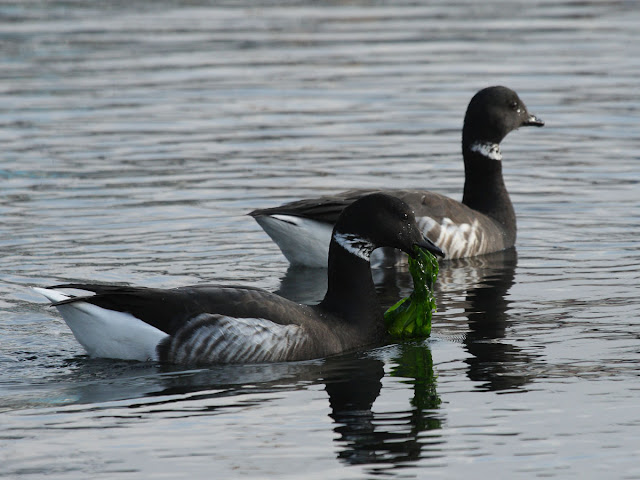 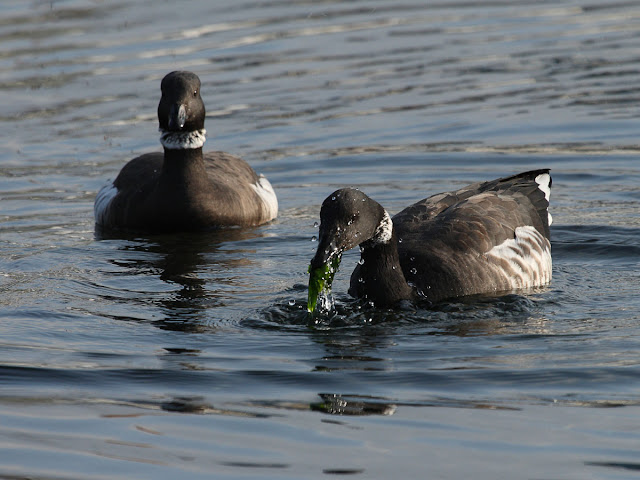 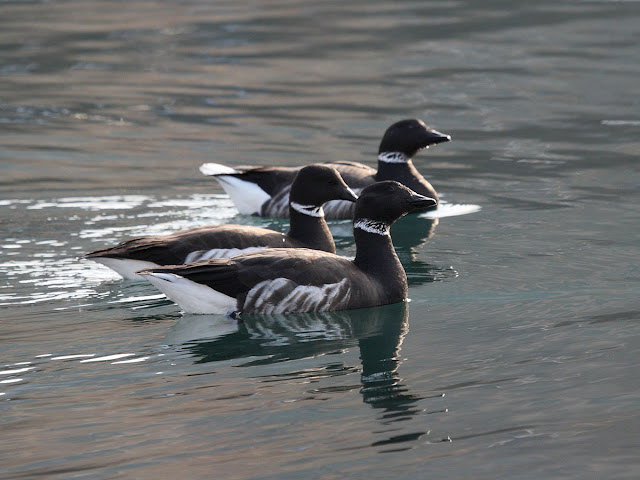 They're not exactly shy but can be a little wary. Unlike swans or most of the commoner ducks they don't respond to tidbits of food either, unless I had some fresh seaweed in my pockets. 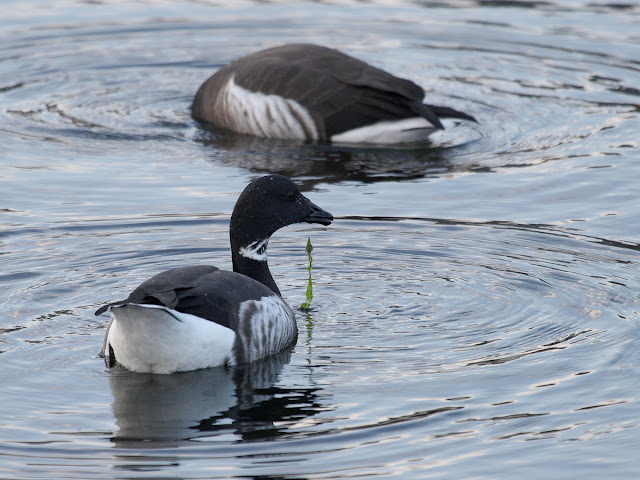 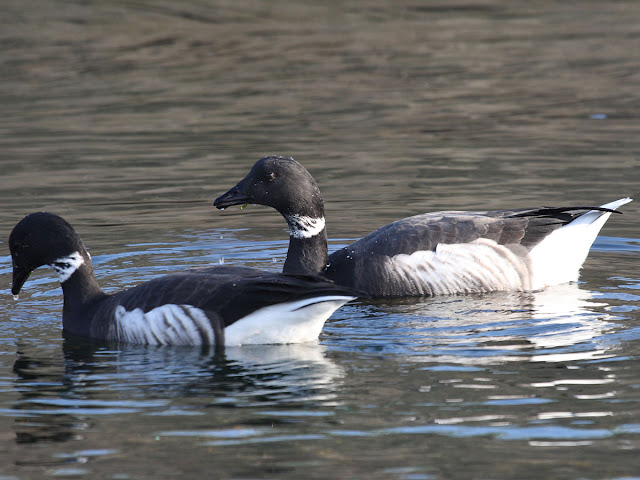 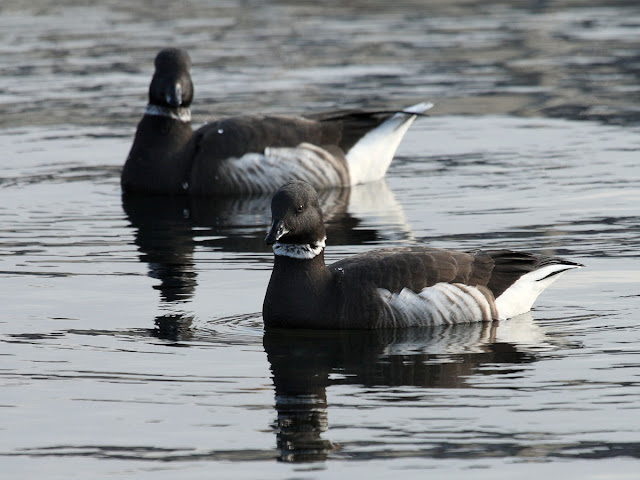 Earlier in the week there were 6 species of Gull and 3 species of Heron on the river but I didn't get a single shot worth posting. A Kingfisher has appeared almost daily but is nowhere near as co-operative as this time last year.

Other stuff locally has included Long Tailed Rosefinch, Hawfinch and Brown Dipper. Stil waiting for the first lenghty cold snap which usually results in some new birds coming through. Here's an adult Glaucous Winged Gull I snapped whilst I waited in vain for some Harlequin Ducks to swim closer. 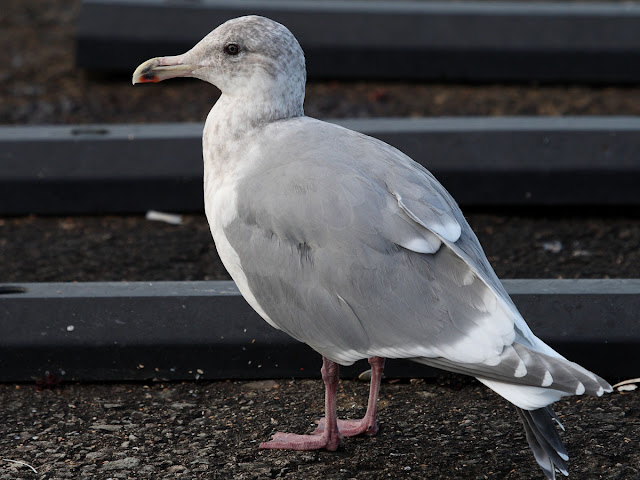 Business is bit down these days, the last couple of months have been very poor. It is inevitable I suppose (it always fluctuates). I ditched the chance of a successful well paid career in the summer of 1990. I was poised to go for an interview for one of the big accounting firms in London (can't remember which one. Peat Marwick something or other?). I'd just graduated with a pretty good grade and the day before the interview I called to cancel it. I'd seen acquaintances join these firms and they were mostly complete d**ks. Plus they had another 3 years of study and exams to look forward to. Nah, I thought. No f***ing way. Plus I didn't have a suit to wear to the interview.

Now it's 18 years down the line and those same d**ks are no doubt rich and financially secure and I'm scrabbling around just about earning enough to get by in a small town no-one has heard of outside Japan and with no savings to fall back on. Luckily I'm not a bitter person. Stupid perhaps.