Geese on a grey day 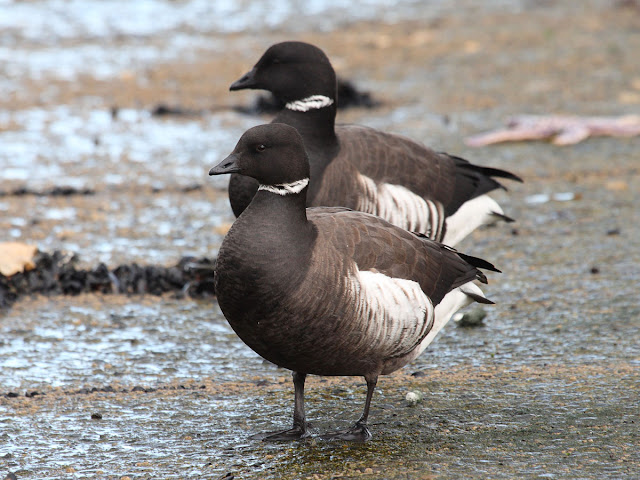 2 out of a group of 21 Brent Goose in Hakodate yesterday. The weather has been lousy this week, it's mild but wet. Raining instead of snowing. The usual common winter birds have been around, to name some of the more interesting: Hawfinch, Brown Dipper, Kingfisher, Pelagic Cormorant, Wigeon, Harlequin Duck, Blue Rock Thrush etc.

In the middle picture you'll notice one of them is shorter legged and necked. Is that a female? I don't really know. 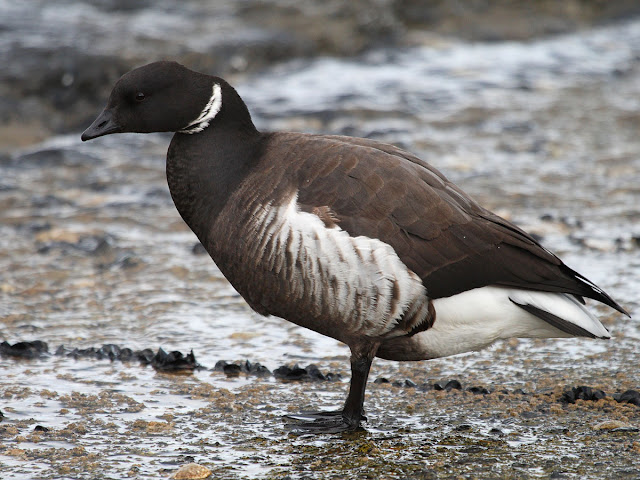 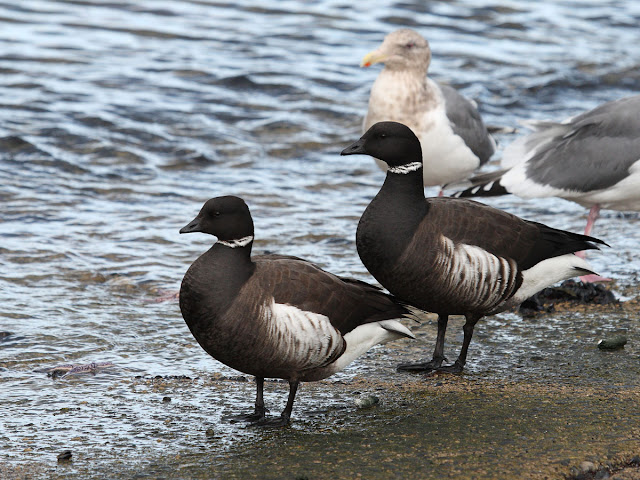 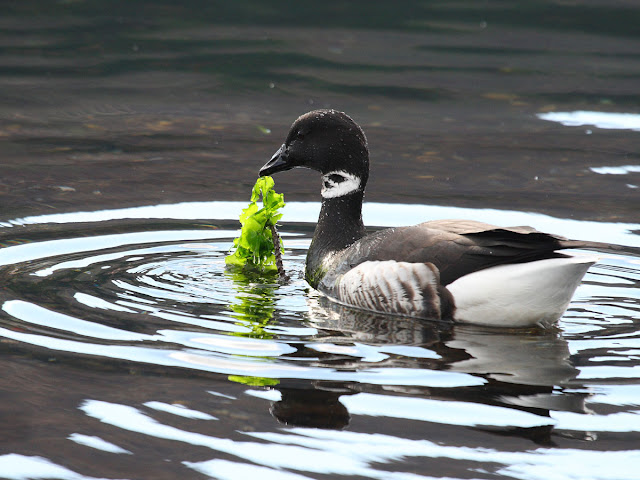 From only 4 a couple of weeks ago the flock has now risen to 21. Many harbours and inlets have their own little groups. They are a little wary but you can get pretty close. Most of these shots were only slightly cropped.

Metering is a bit of a problem especially on a grey day when they're on the water. 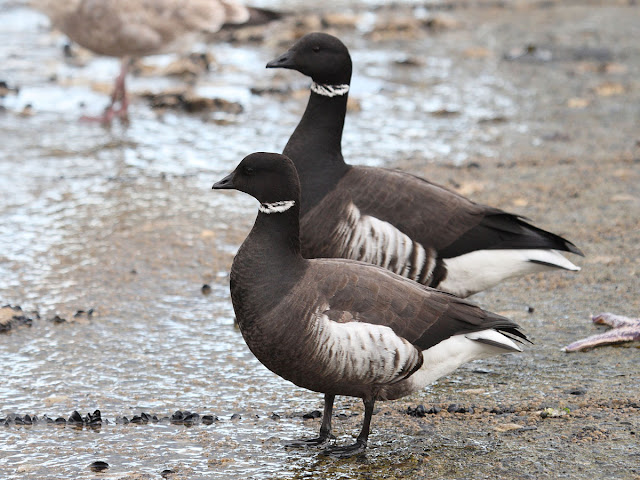 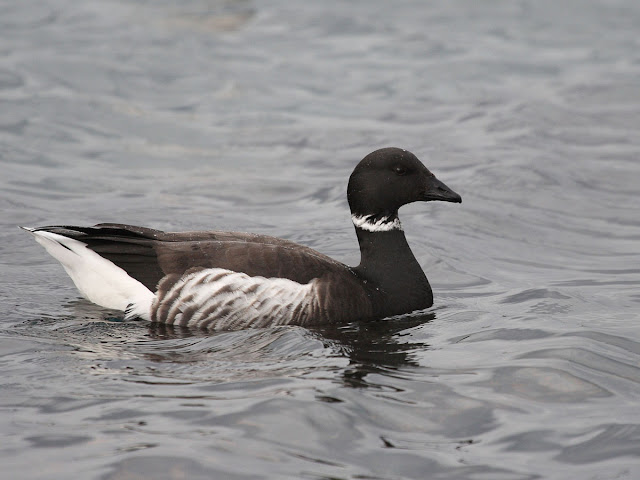 Metering was a big issue with 2 Great Egrets that have been on the local river this last month or so. Damn white. And these things are very wary indeed. 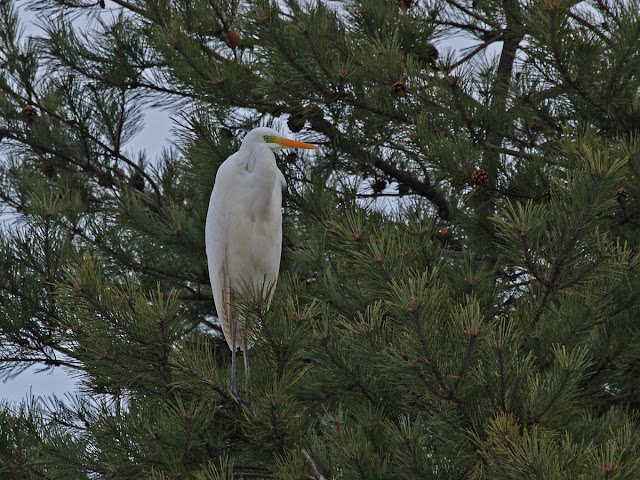 The local crows were given them a hard time. Awful picture I know. 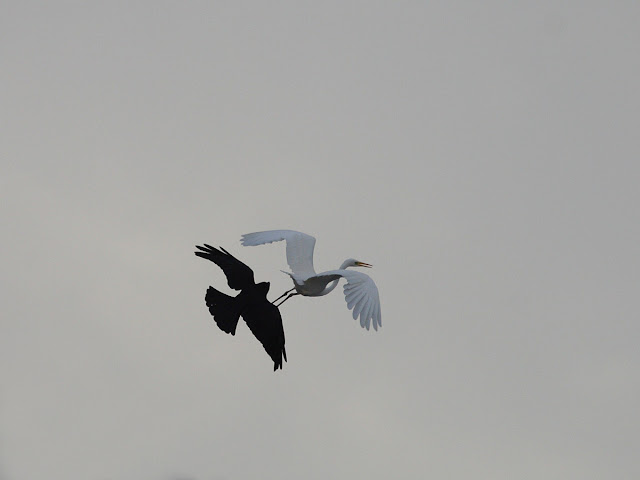 The Thayers Gull is still getting more ragged every week. One of 5 Gull species on the river, at least it was a in a different pose from usual. You can see it has very short legs. 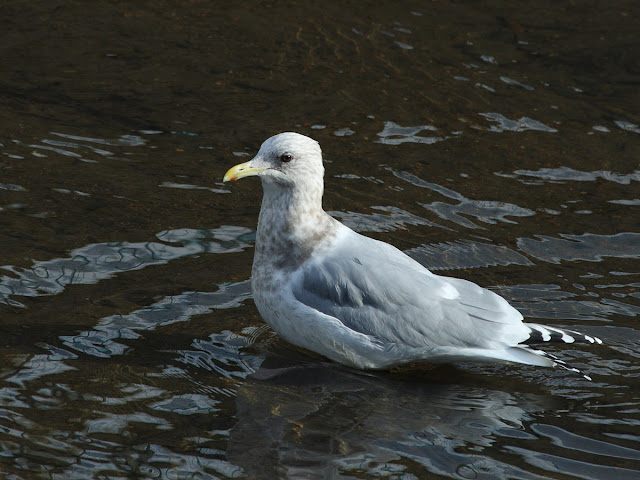 It's raining again. I wish I could say I've been spending the time stuck indoors productively. Is watching old Water Margin episodes on youtube productive?

What a great TV show this was. Made in Japan although I've yet to meet a single Japanese person who ever saw it. It used to be on BBC2 on Friday evenings at 6pm.

Just to get you in the mood here are the opening and closing credits.....