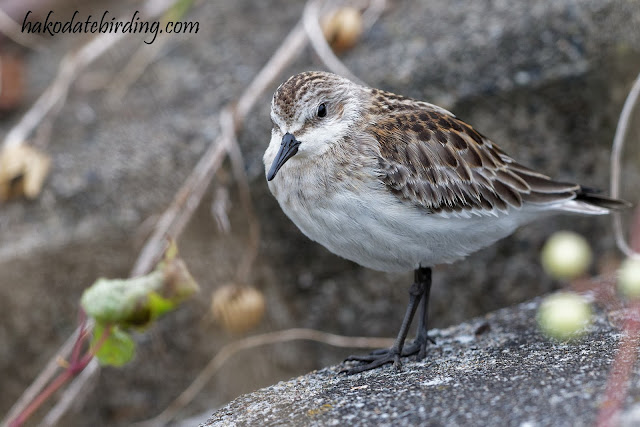 We spent a dark grey Sunday unsuccessfully looking for the Brown Bear I'd seen earlier in the week..............


We did see several Crested Kingfisher. Mandarin Duck and a White-backed Woodpecker in the same place but the bear didn't make an appearance at all.

At Yakumo and Oshamanbe there was the above lone Red-necked Stint, Pacific Swift, 3 Intermediate Egret and several Great Egret, several species of duck including Harlequin Duck, Black Scoter, Scaup, Shoveler, Pintail and Wigeon.

Quite a few raptors were around including the last Osprey, Common Buzzard, Northern Goshawk and these 2: a Sparrowhawk and juvenile Peregrine. 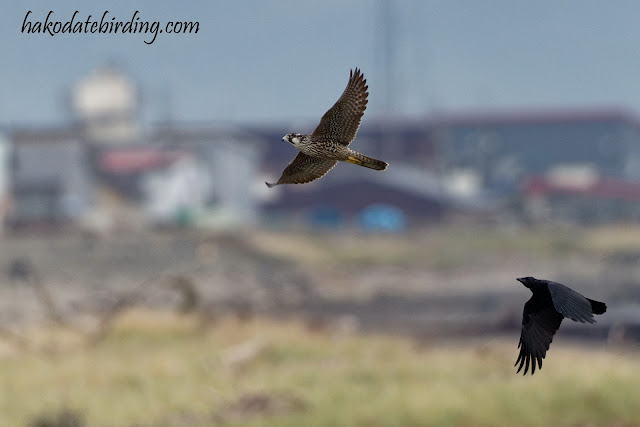 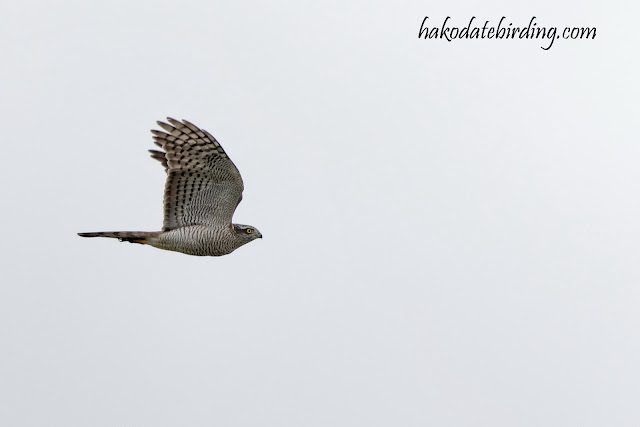 There were a few common passerine migrants (mainly Japanese Bush Warbler and Black-faced Bunting) including a Black-browed Reed Warbler and (I think) a female or immature Siberian Rubythroat.

Hakodate was quiet last week except for a Falcated Duck in among the commoner duck species a few days ago at Kamiiso.