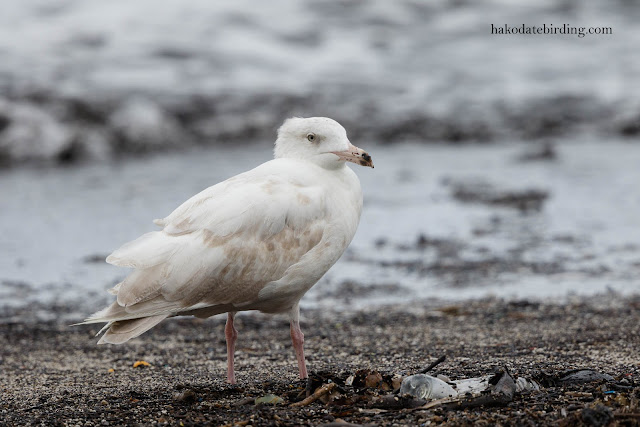 
The above 2nd year Glaucous Gull was a very early returnee. Only the second time I've ever seen one in August.

On a nearby beach was this adult Glaucous-winged Gull. This individual was around last week and was the first time I've ever seen one in August. 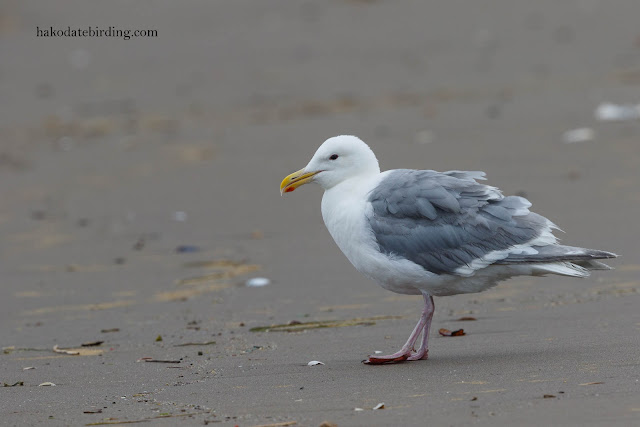 These pale northern gulls stand out against the much darker resident Slaty-backeds............ 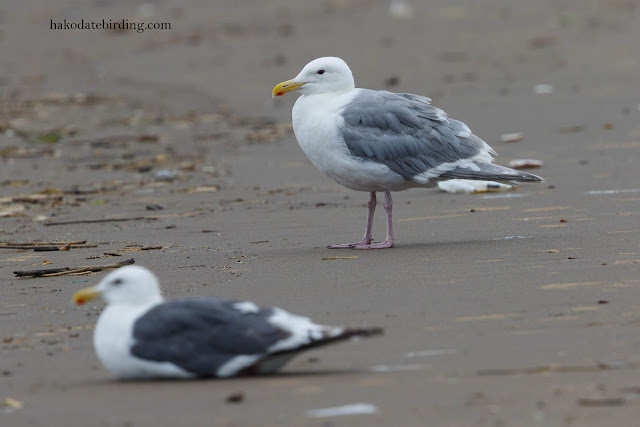 These 2 white-winged gulls are both common winter visitors but they generally don't arrive until October.

This August has seen much lower temperatures than normal in south Hokkaido. Odd weather, especially after a very hot July. Mid August is usually the hottest time of the year in these parts but it was even slightly cool in the strong westerlies: I almost wished I'd had a long sleeved shirt handy. I usually struggle with the hot humid summers here so I'm not that bothered about the lower than usual temperatures, it's a lot more comfortable for a start.