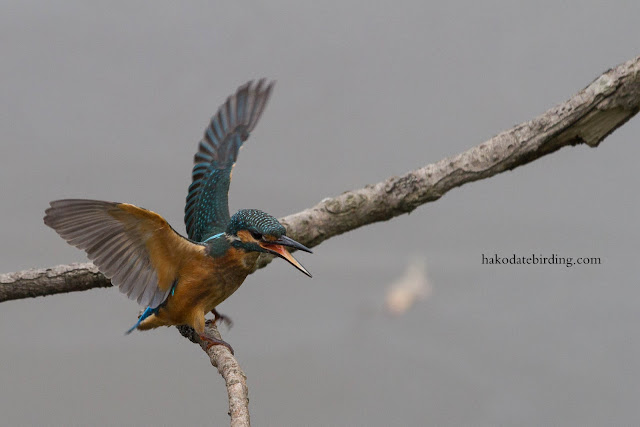 A Kingfisher at Yakumo this morning.

I'm in limbo, waiting for my new lens to come. I was thinking how much better these shots would have been.

Let's hope they stick around then. 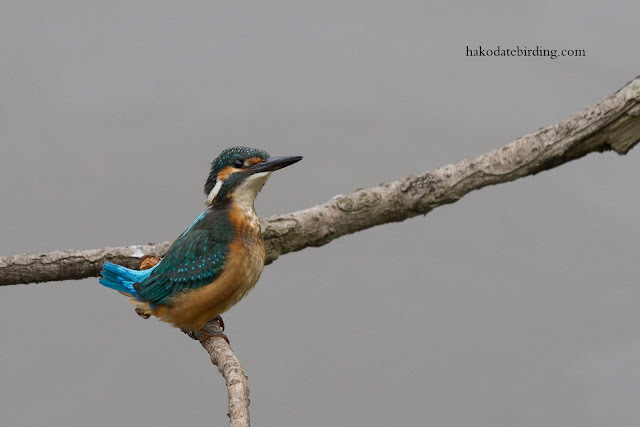 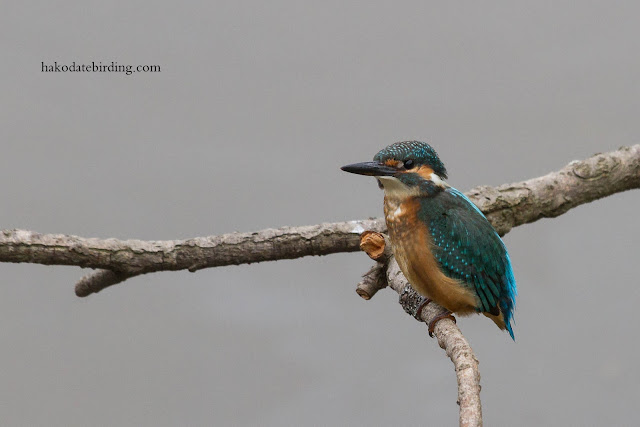 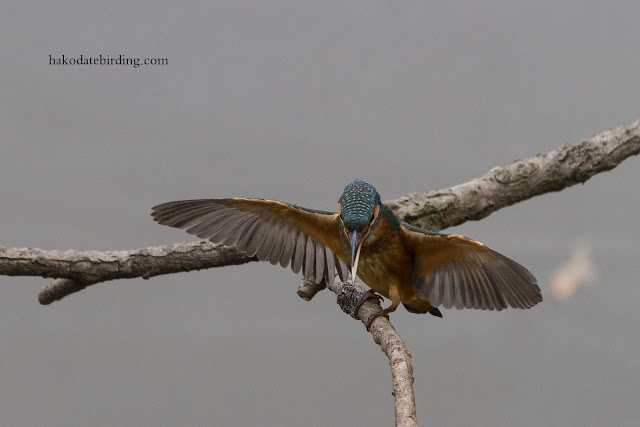 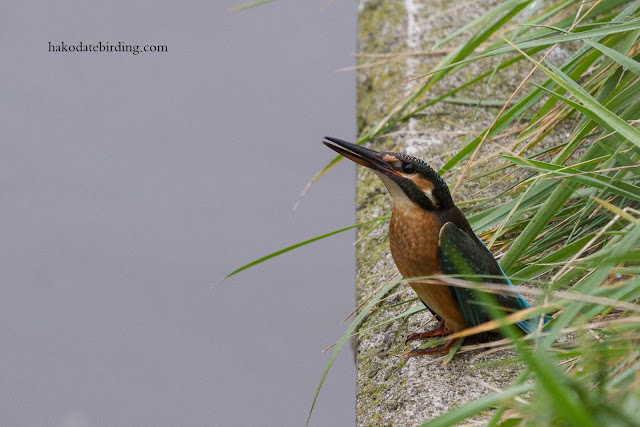 There were loads of skuas offshore, no doubt blown in on the strong easterly wind. Most of them were Pomarine Skua (I think, any comments appreciated re the ID). Here are a few to give you an idea, still too far for a decent shot with my current lerns (c'mon Kojima and Canon, hurry up, hurry up!). 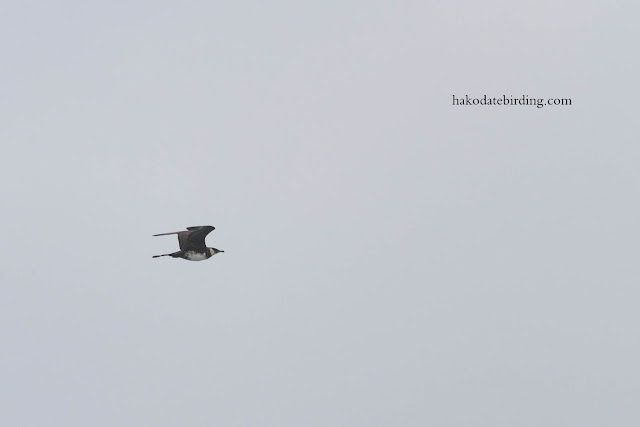 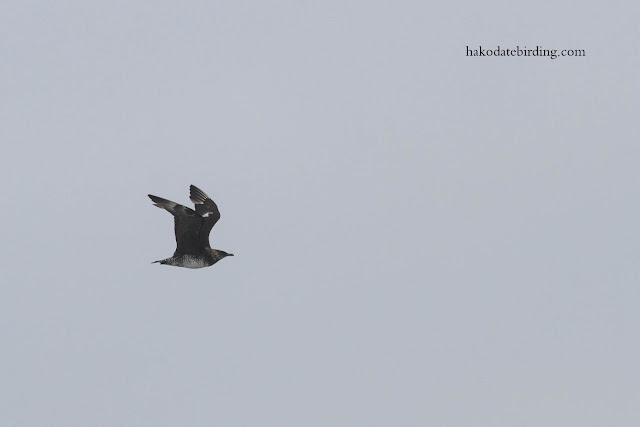 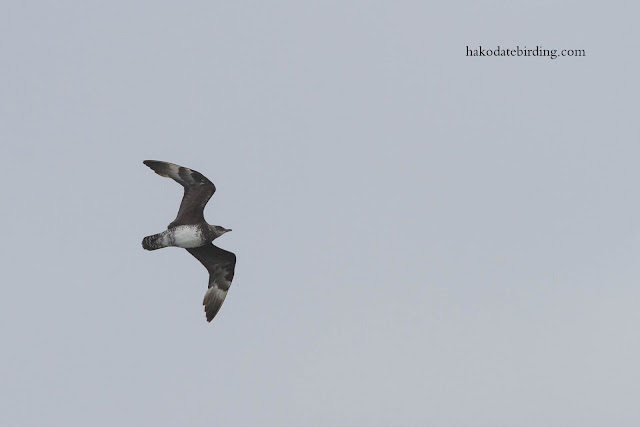 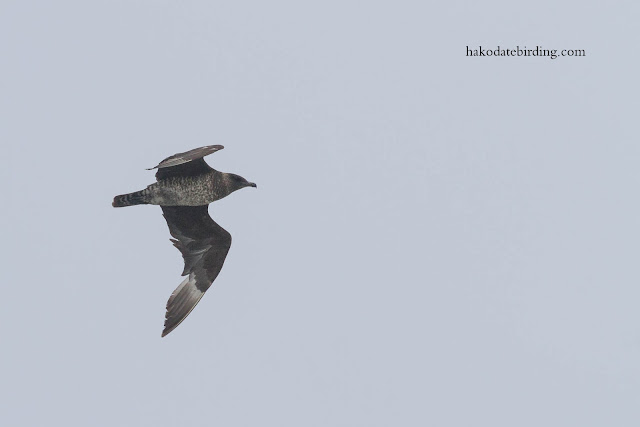 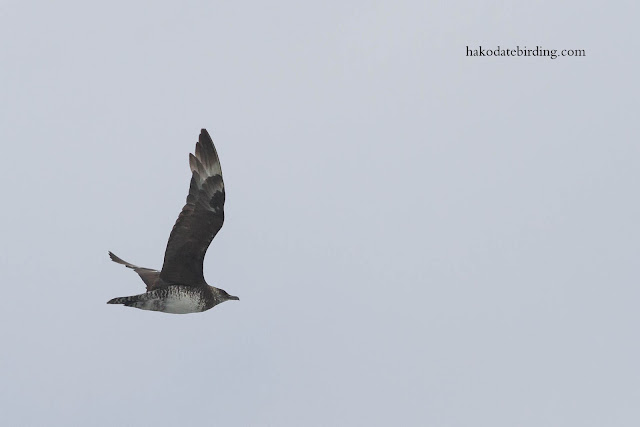 I think there may have been some Arctic and Long tailed Skuas among them but I am terrible at skua ID. Is this one an Arctic? 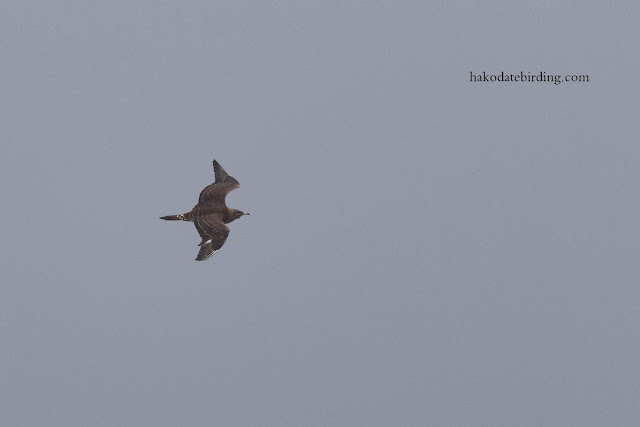 I put some (even worse) photos on birdforum for help with ID.

Lots of other stuff on the move. In Onuma this morning there were thrushes, buntings and Japanese Grosbeaks aplenty. A Greenshank was a surprise (I don't see many waders there). 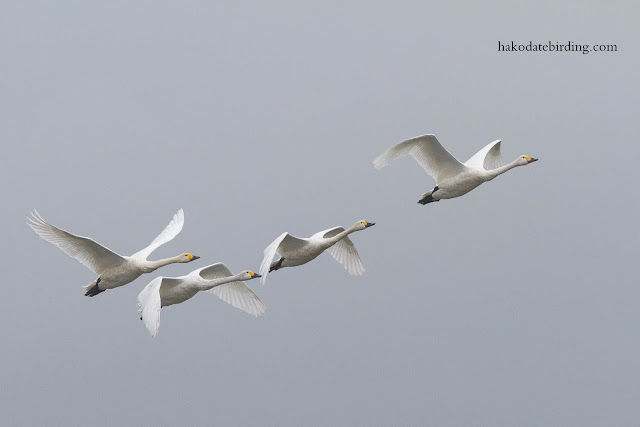 There were also Scaup, Wigeon and Black Necked Grebe. And growing numbers of Black Legged Kittiwake both at Yakumo and Sawara. 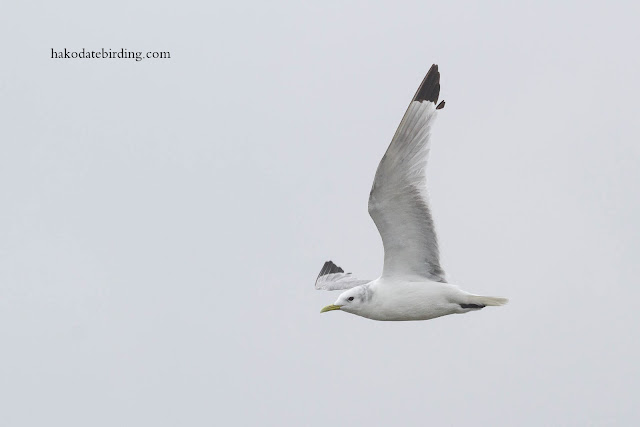 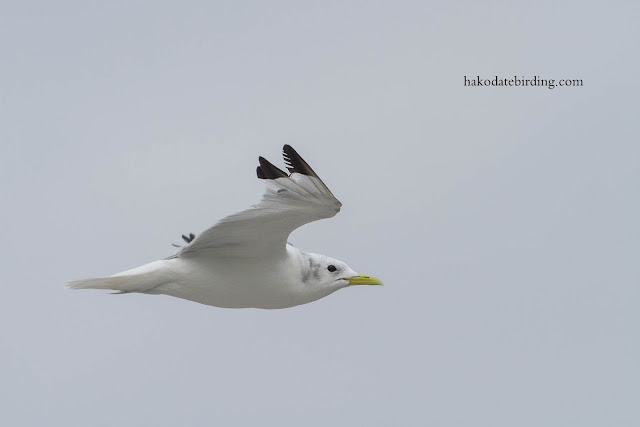 Rather quiet in Hakodate. This young Goshawk was in Ono yesterday. 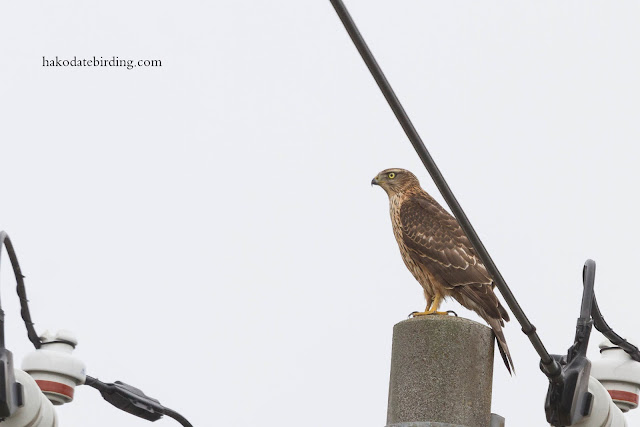 Not much passing through except large numbers of Skylark.