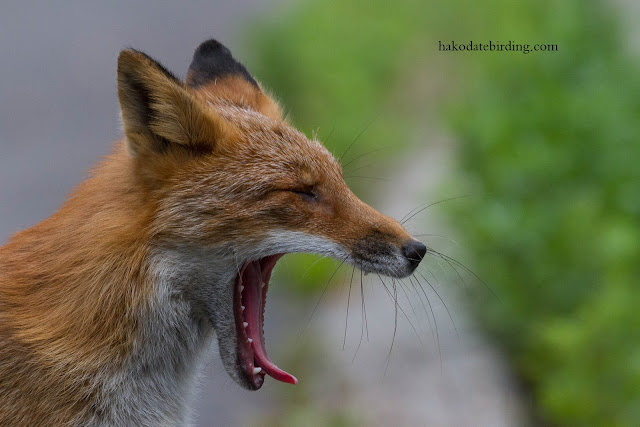 A Red Fox at mosquito infested Onuma this afternoon.

Most of the day was spent at Yakumo where I got only my second lifer of the year. 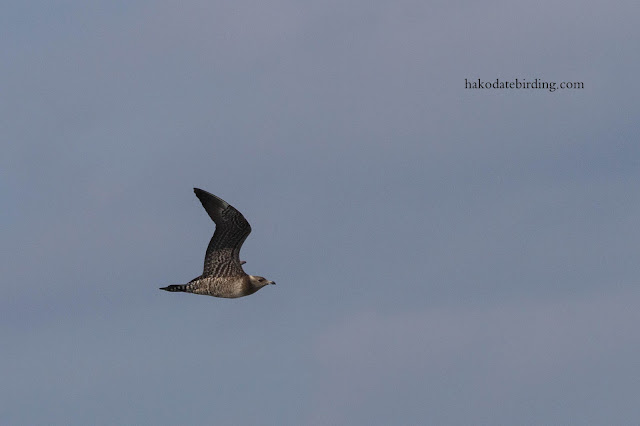 A heavy crop (it was well offshore) of a Long Tailed Skua. A juvenile I think. Thanks to Sean and the others at birdforum for confirming the ID.

It was harrassing a group of Common Terns offshore. Again, these are all heavy crops. 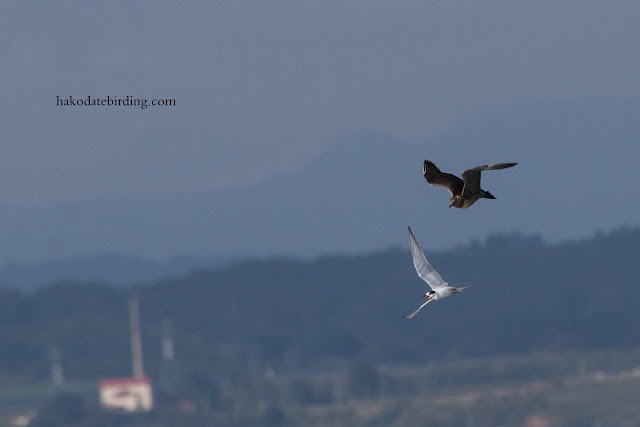 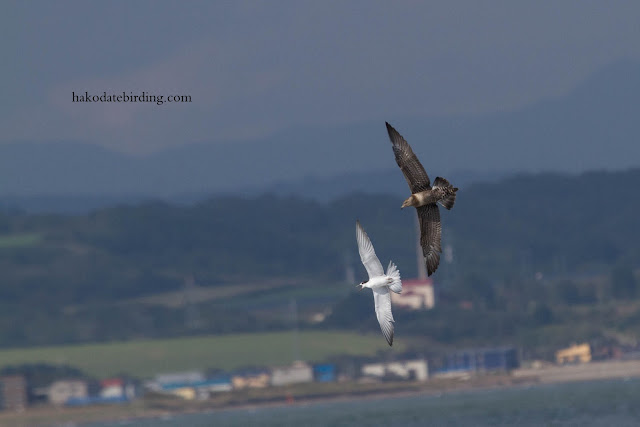 On looking at some of the shots on my PC screen I could just about see the terns dropping their fish and the skua catching it in midair. 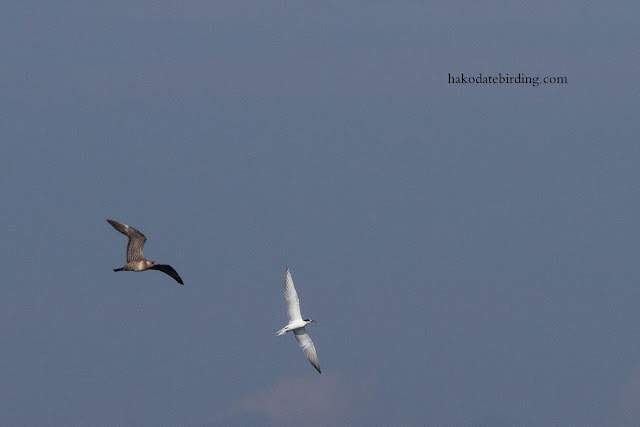 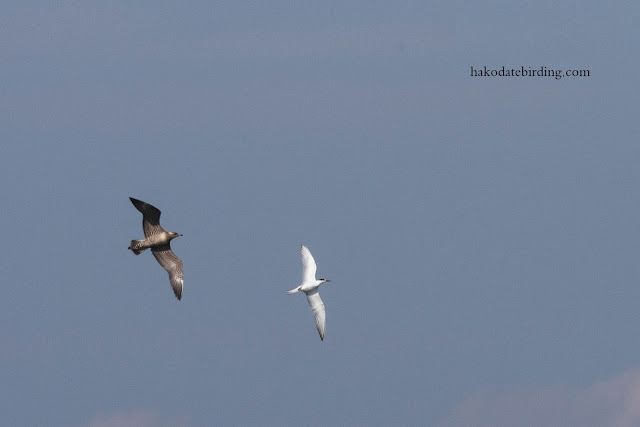 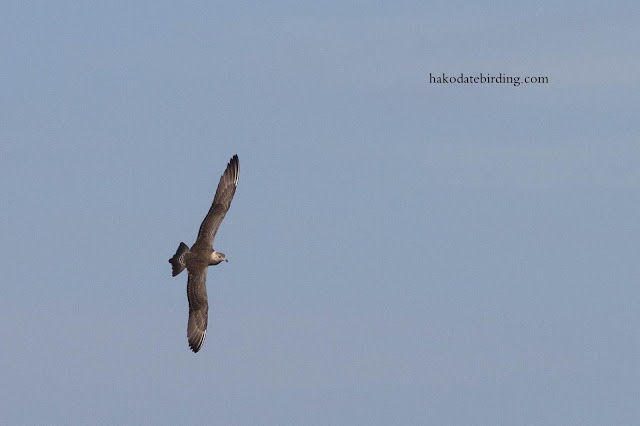 The terns didn't come much closer even when they weren't being mugged. 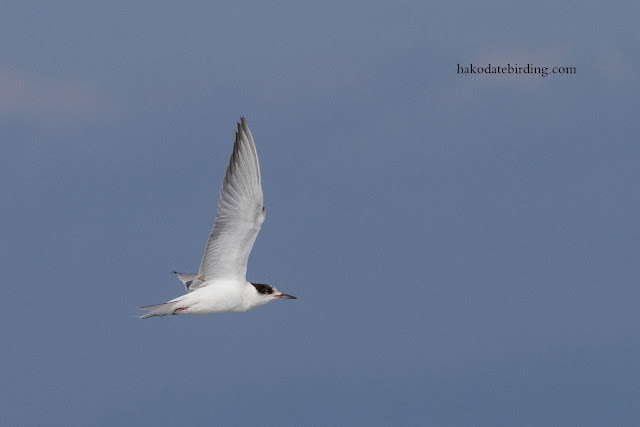 There were 5 species of gull. The first Vega of the 'winter' as well as a lone adult Black Legged Kittiwake. 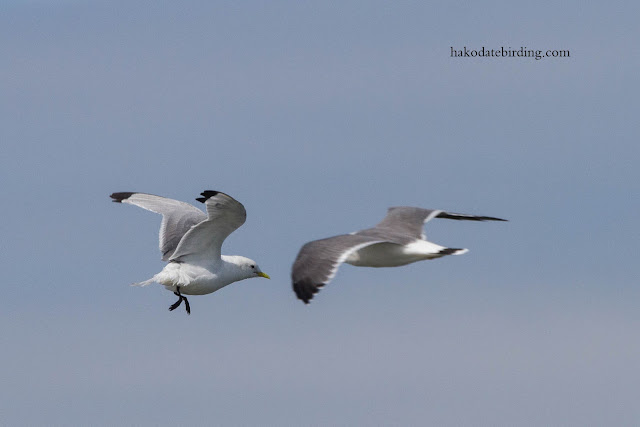 I'd seen a Black Necked Grebe there last week, today there were 3 of them. 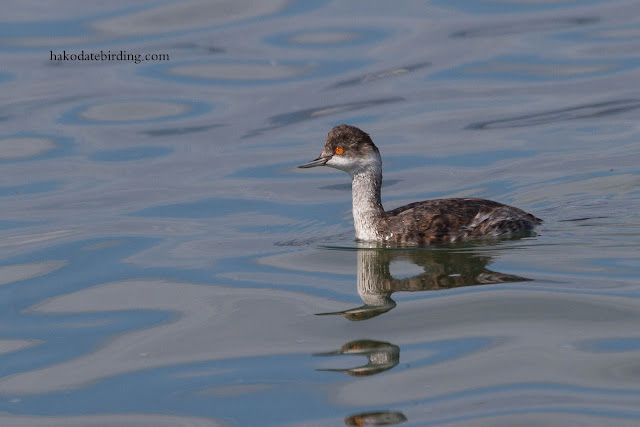 Not much else around. 2 Great Egret, a Greenshank calling on the other side of the river, a couple of Ospreys fishing offshore and a few common migrants flitting around.

On the river near my house the last week there were Siberian Stonechat, Asian Brown Flycatcher, Night Heron and Grey Wagtail. Last weekend was very quiet, on the 20th I went up to Yakumo and Oshamanbe and got Greenshank, Red Necked Stint, Dunlin, Sanderling and Eastern Marsh Harrier.

So a quiet September this year, not helped by the weather and my own lethargy (although by my own low standards I have been pretty busy with work). The wader passage was very disappointing (but perhaps I just missed them). I was pretty excited by the skua today though, maybe we're in for a good autumn this year.

I watched the Premier League games last night and laughed out loud at the 2 Manc teams losing. I haven't watched that much footy so far this season. To be honest I'm a little tired of football, if England flop out of the World Cup at the qualification stage it may permanently knock out whatever enthusiasm currently remains.