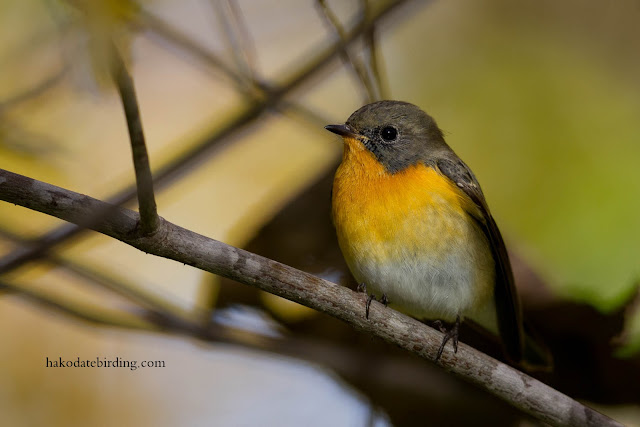 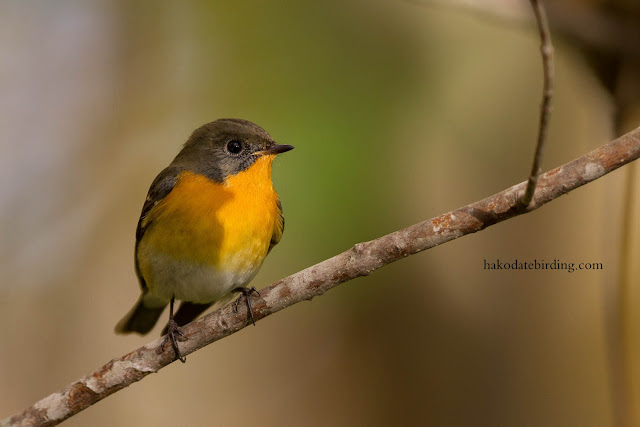 I got to use my lens for the first time today and the main test subjects were 2 Mugimaki Flycatchers at Onuma. I think all these picsbar one are are of a first year male but I may be wrong. 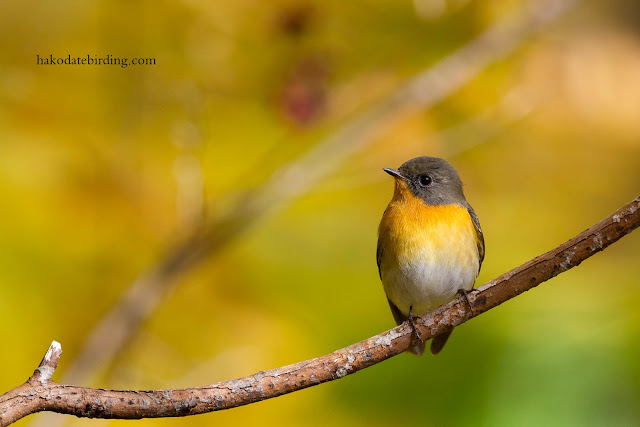 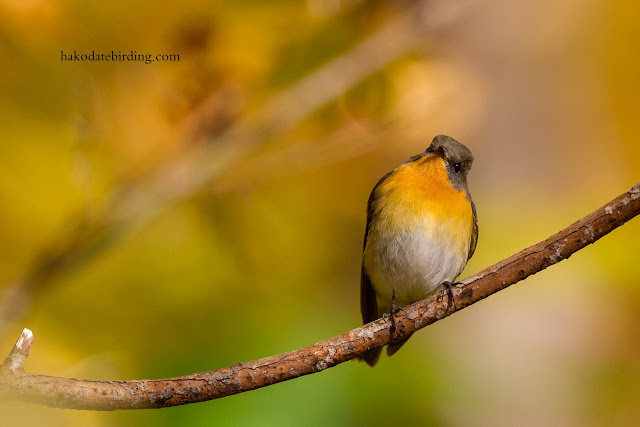 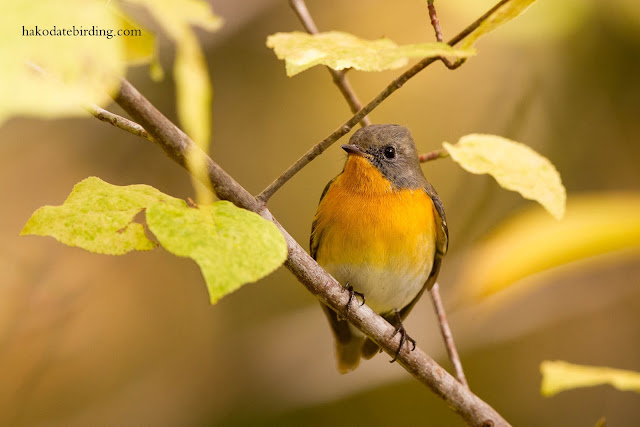 Onuma was very autumnal, beautiful colours everywhere. It was tricky photographing these flycatchers though. They kept flitting in and out of the light/shade and also one minute it was raining and the next minute it was sunny. My new 500 f4 lens is also way heavier than I was expecting (all these shots were handheld, my arms are sore as I type this). I tried to use it wide open as much as possible meaning a lot of the shots closer up were out of focus. All thse shots are cropped slightly, more for composition than anything else.

It was also difficult to get a clear shot. 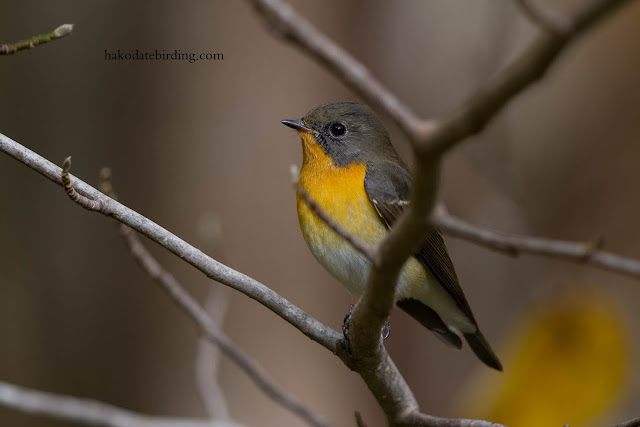 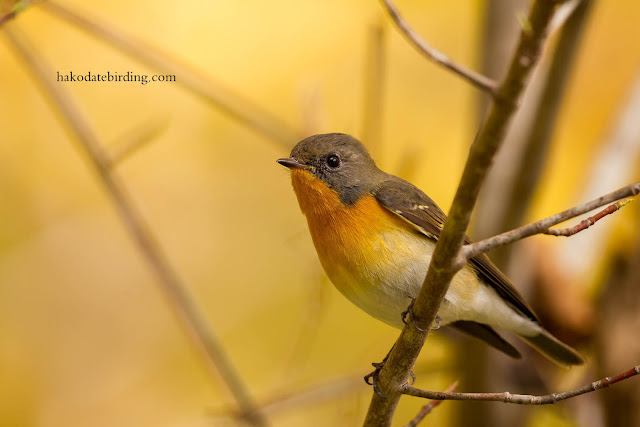 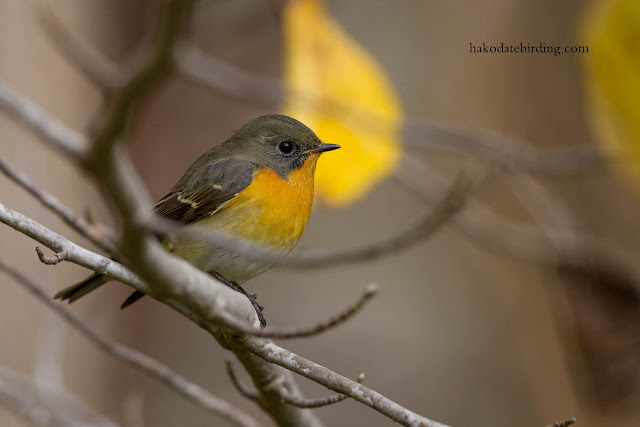 I think this one may be a female. 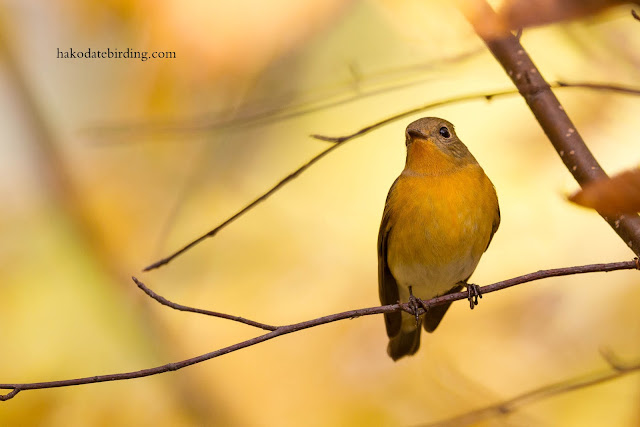 Mugimaki Flycatchers are scarce but regular passage migrants in Japan, I see them most springs and autumns and indeed often see them in this very spot. This pair were feeding on berries instead of flies. That is good news..............it means the mosquitoes have finally f**ked off. 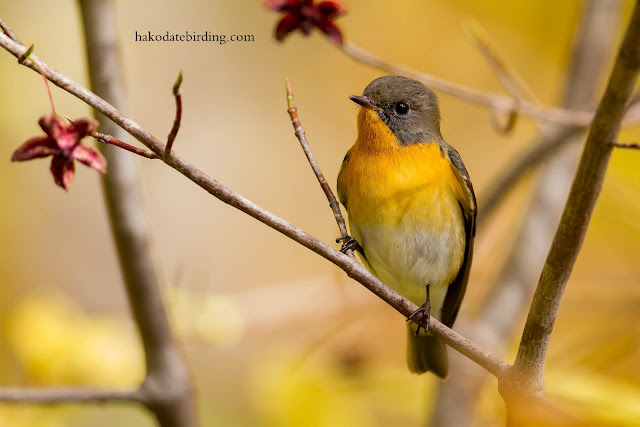 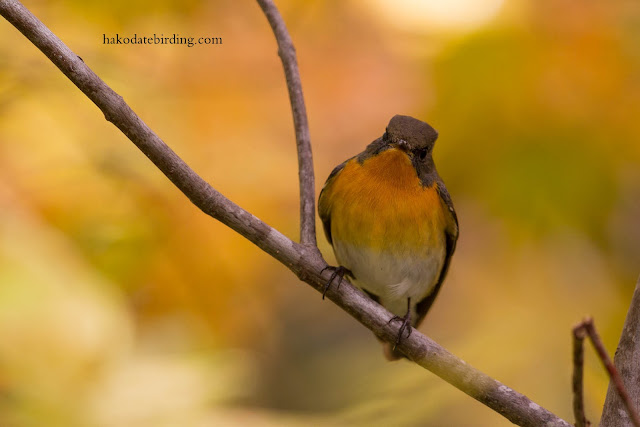 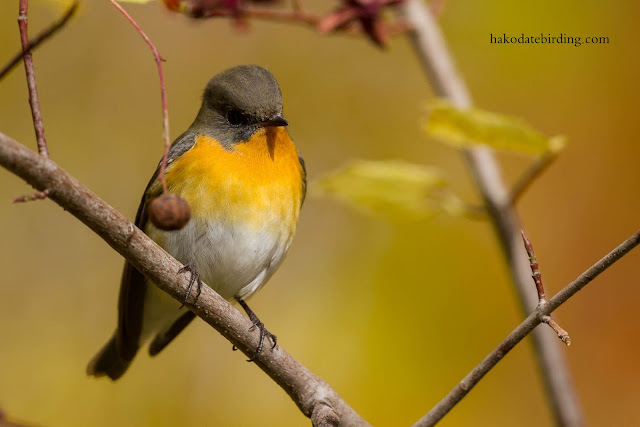 Otherwise it was pretty quiet in Onuma. the tame tits and nuthatches were buzzing around taking our sunflower seeds. Japanese Pygmy Woodpecker and Japanese Grosbeak were also present as were a flock of Whooper Swan on the lake. That means one thing. Winter is coming. It is known.

Nothing much in town, a flock of Black Headed Gull at Kamiiso being the only noteworthy species.

My digestive system declared total war on me this last week and it has left me completely exhausted. Luckily tonight's late game is Chelsea v Man City, my 2 least favourite teams in the Premier League. They represent everything that is wrong with football at the moment. Don't need to stay up for that one.