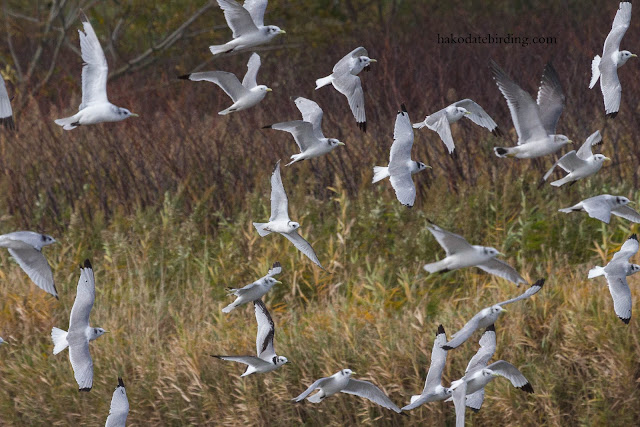 It's a crap picture  but the bird in the dead centre is a first year Red Legged Kittiwake, only my third lifer of the year.

This may or may not be the same bird. 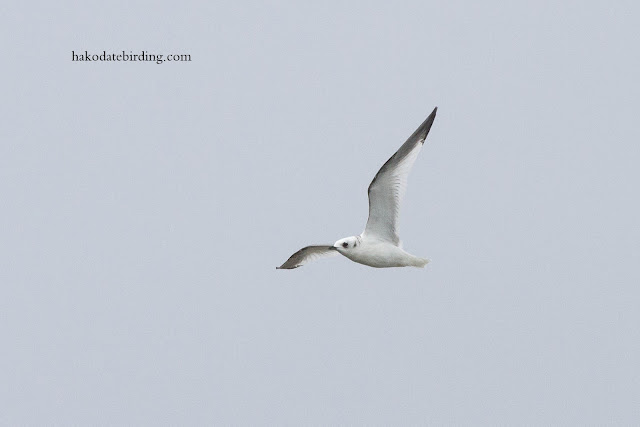 Yakumo has really produced the goods this year, all my 3 lifers so far in 2013 have been there in the exact same spot (give or take a few metres). 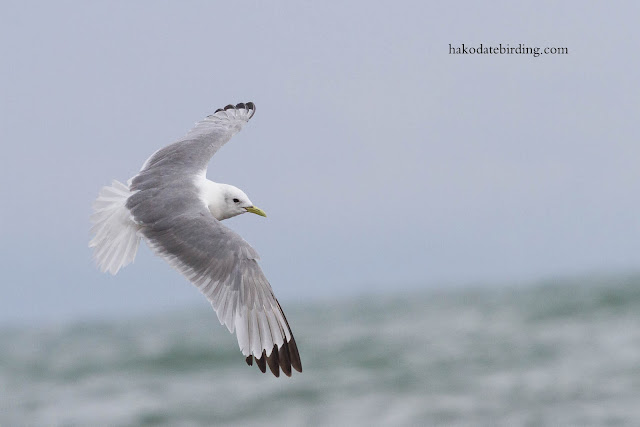 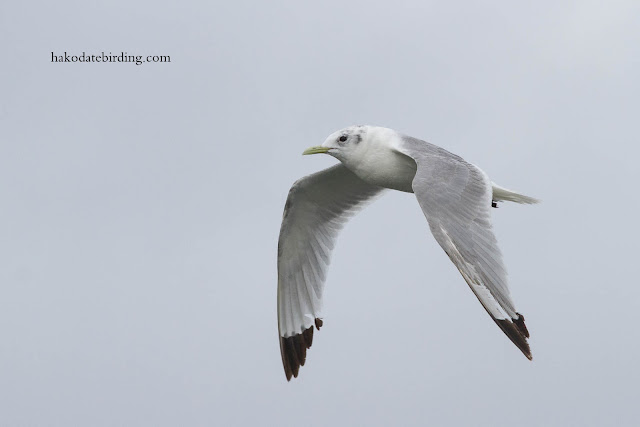 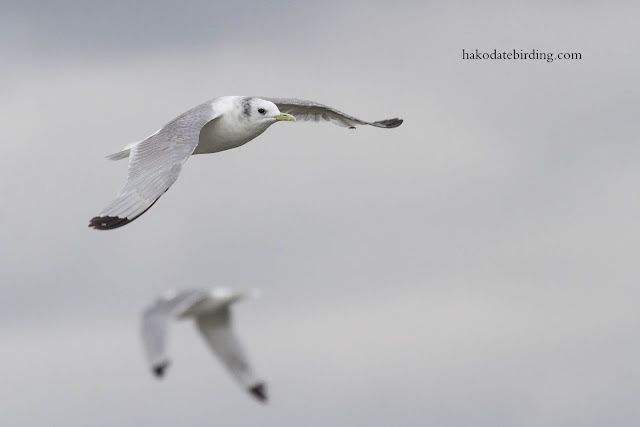 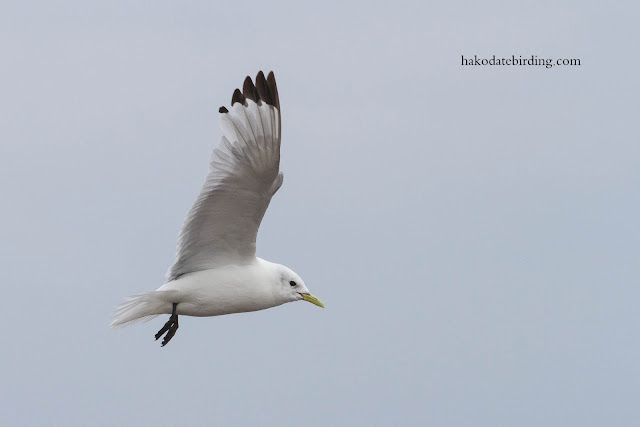 The only non BIFs were this tired individual in a port just north of Yakumo. 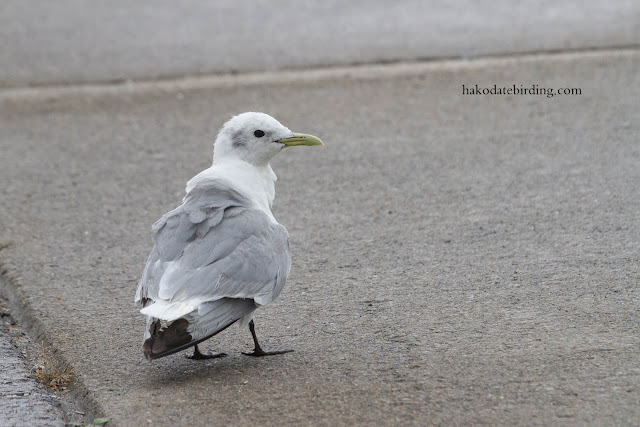 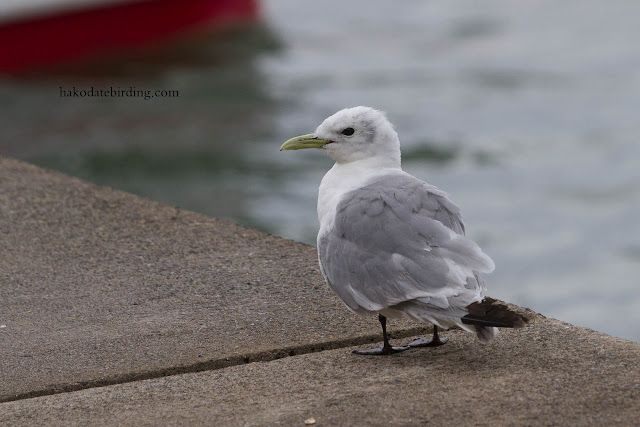 There were 8 species of gull altogether including my first Glaucous of the winter. There were also atleast 2 Pomarine Skua, one was bathing in the river in amongst all the gulls.

Skeins of White Fronted Goose and Brent Goose were heading south, there were flocks of Wigeon, Pintail and Scaup as well as the first Goldeneye of the seaon. Other stuff included Great Crested and Black Necked Grebes, Great Egret, Dunlin and Greenshank.

My lens still isn't here ('about a month' has taken five and a half weeks so far) but apparently should be ready for me to pick up on Thursday, I won't break its cherry until Sunday at the earliest.

Not much in Hakodate, the weather has been lousy this autumn especially on my days off. An Arctic Warbler (or whatever they are called after the recent splits, Kamchatka Leaf warbler is it?) was in the bushes along the river with other unidentified stuff flitting around. Onuma was too dark for photos today but I did see Black Woodpecker and Japanese Grosbeak.

England surprised me in the World Cup qualifiers. In a nice way too.