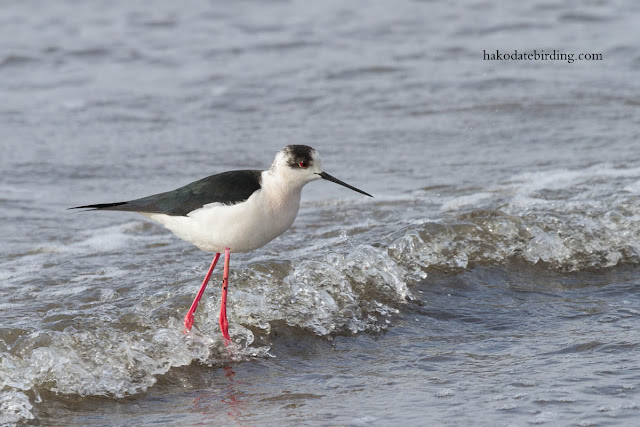 A Black Winged Stilt at Kamiiso this morning. This had arrived yesterday with a Common Redshank (a scarce bird in Japan and missing from my Hakodate list). The Redshank wasn't around but the stilt was...............and very shy it was too. 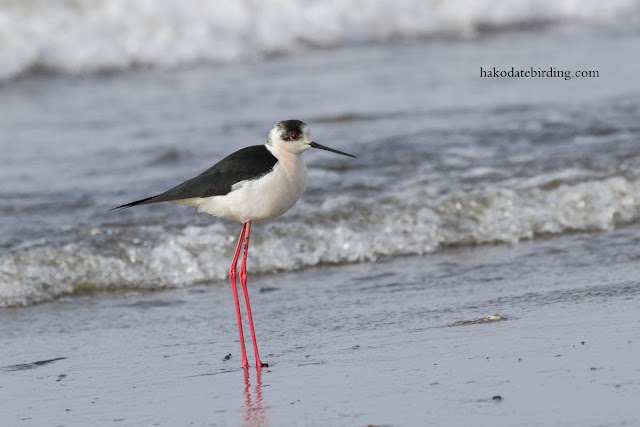 Summer plumage Great Crested Grebes were on the sea as well as various ducks including my first Gadwall of the year.

The main bird to see at this time of the year is Short tailed Shearwater. There were quite a lot of them around (and they've come all the way from the South Pacific) but not as many as I'd been expecting. It was futile trying to get good shots of them. They never came close to the boat and the sea was so choppy 90% of my photos focused on the waves not the birds.

Here are a couple of shots to give you a flavour of the Tsugaru Straits anyway. 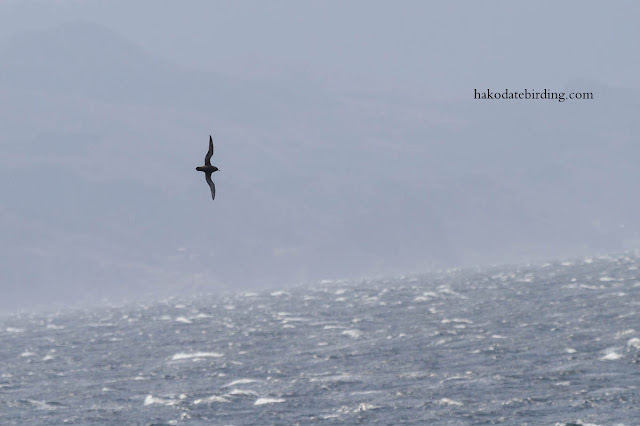 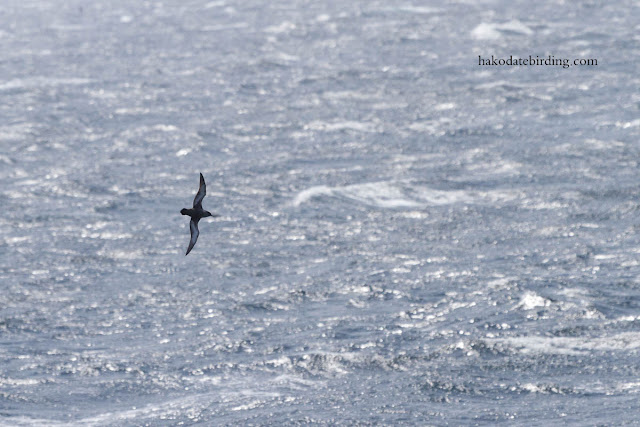 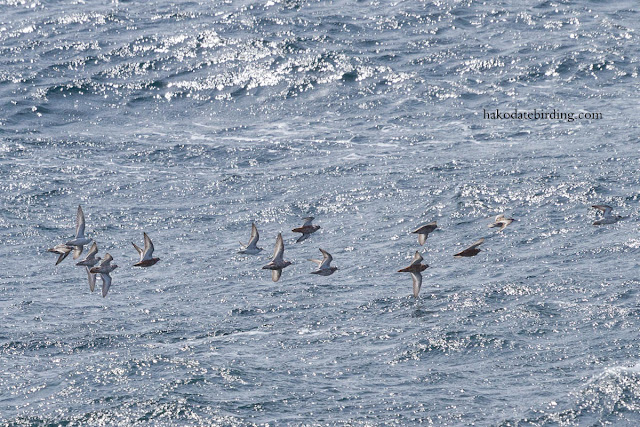 I saw a couple of lone Red Necked Pharalope but the birding was pretty quiet.

Not as quiet as Oma (the town on the other side of the straits). This is a small economically depressed town on the northern tip of the main island Honshu. It is (was) famous for its tuna fishing fleet but it has to be the dullest most depressing place I've ever been in Japan. Horror of horrors it doesn't even have a convenience store. I had to kill 3 and half hours there and that is 3 and a half hours too long.

There were a few birds about. 3 Whimbrel, a Little Ringed Plover, Common Sandpiper, Grey Tailed Tattler, some Red breasted Merganser, a small flock of Scaup and 3 Brent Goose. 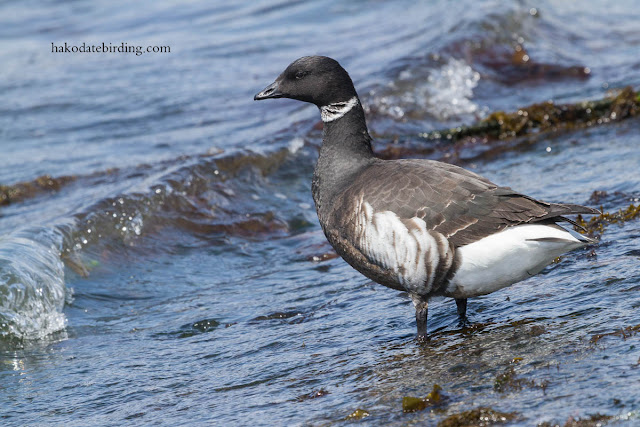 Oma is in the news now because a new nuclear power plant is being built there and it is uncomfortably close to Hakodate. After what happened 2 years ago nobody in Hakodate is happy about that but Oma is so poor the money from the nuclear plant may well keep the town alive. It looks like the cash has already started rolling in. The ferry terminal is shiny and modern (it used to be tin shack) and the port had possibly the nicest public toilet I've used in a long long time. No squatter in sight, heated toilet seat and an ample supply of soft toilet paper.

Let's hope the power plant doesn't get hit by a tsunami then. 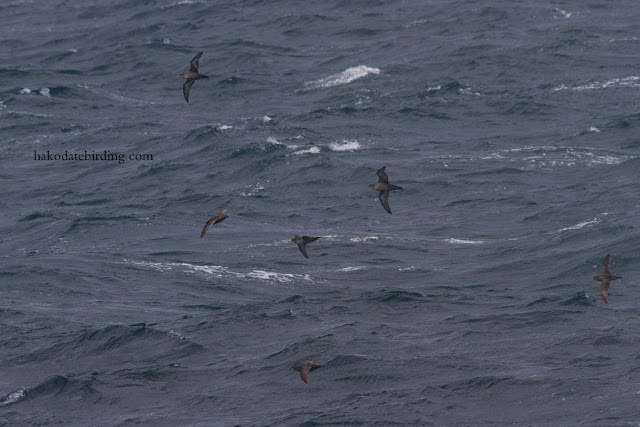 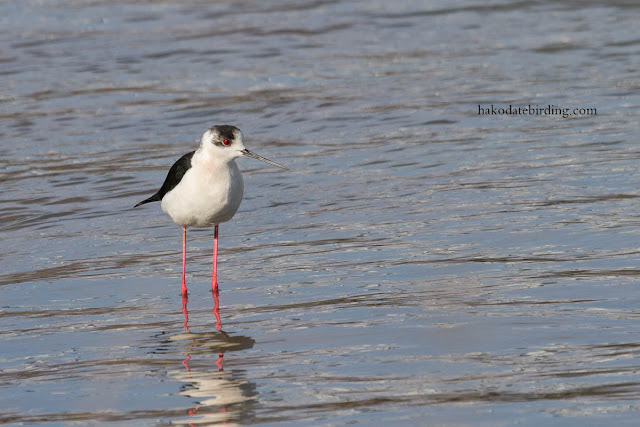 And there were lots of Black Headed Gulls. They don't breed in Japan so we usually don't see much of them in summer plumage, so here they are looking strangely exotic............