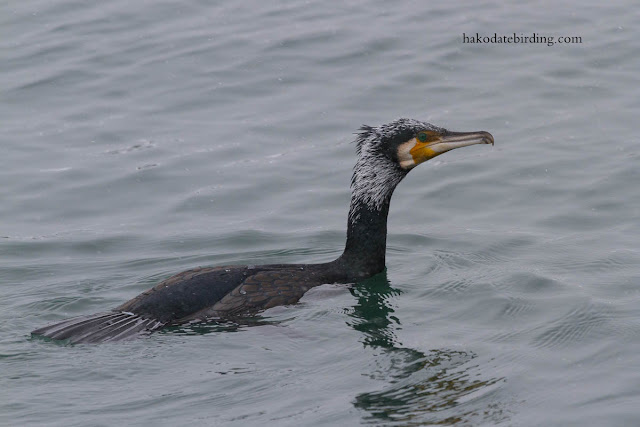 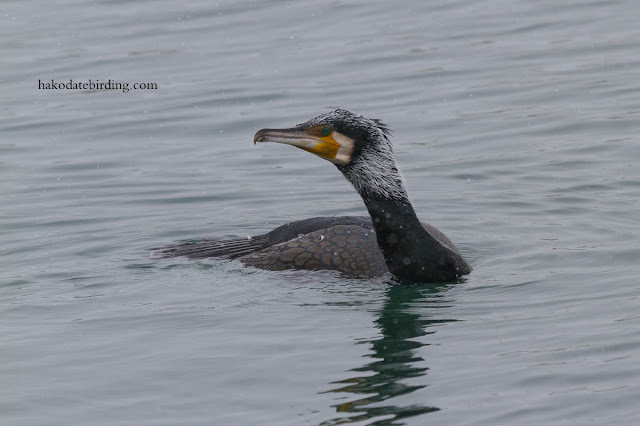 A cormorant at Kamiiso yesterday but which species?

There are 2 very similar species in Japan: Great Cormorant (the same one as in Europe and North America) and temincks Cormorant (restricted to NE Asia). Temincks is the 'default' marine species in Japan and is widespread whereas Great is more local and tends to occur on inland waters (although not exclusively).

I saw 3 Cormorants flying over my flat heading north last week, were they Great Cormorants going to Onuma (where they breed)? I couldn't get a photo and they were too high up to get a decent view anyway.

1. Temincks plumage has a green sheen and Great has a brown sheen. The bird above appears to have the brown sheen but light can play tricks with this method.

2. The facial pattern of the yellow skin. To the left of the mouth Great has a rounded edge and Temincks has a ponted triangular edge.

This is yesterday's bird. 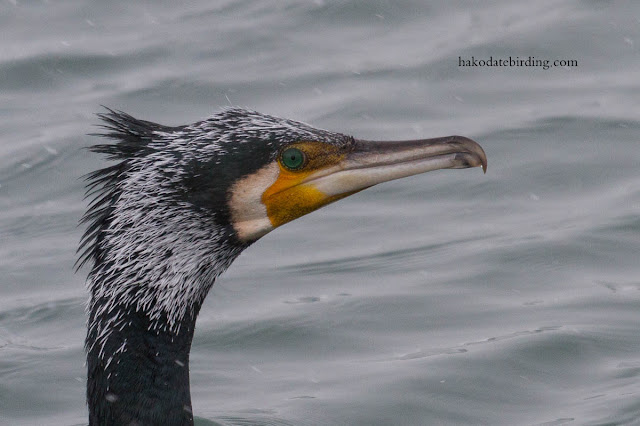 Hmmmm..........not  100% sure about this one. It appears to be somewhat rounder than these 2 Temincks Cormorants shots taken in previous late winters. 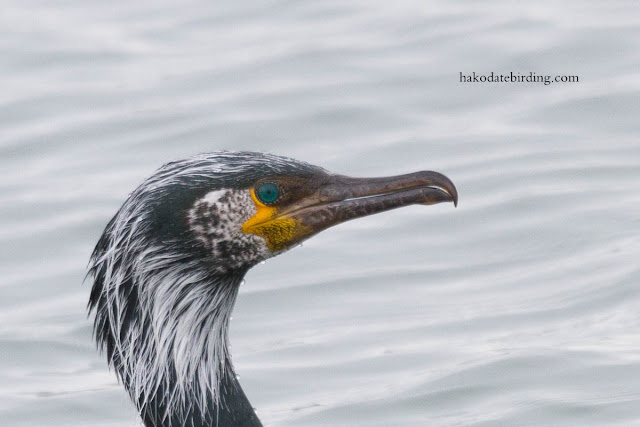 Any opinions will be gratefully received. Great Cormorant would be a Hakodate first for me.

Not much else around, the usual grebes, gulls and ducks in small numbers but nothing close enough for a decent photo. Buff Bellied Pipit and Kentish Plover were on the beach but very skittish. 4 Great Egret flew over my apartment yesterday morning but town seems pretty birdless at the moment..............