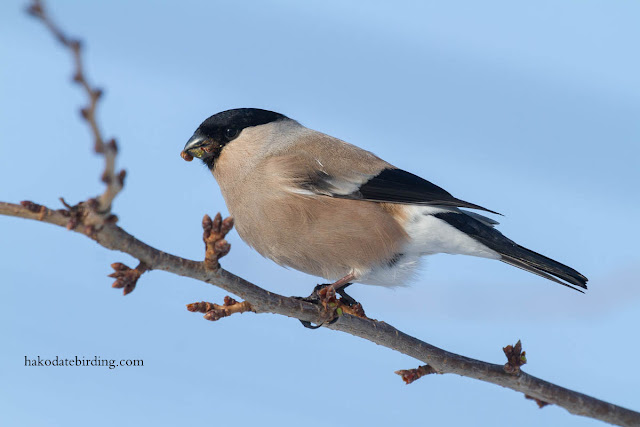 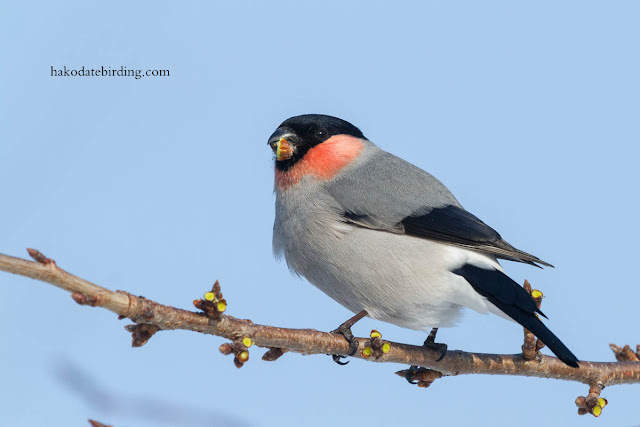 For the last couple of days there have been 2 small flocks of Bullfinch nibbling at the buds in the trees next to the local river. These trees are the cherry blossom trees...................I hope they leave some or the locals will be aghast come late April.

They were pretty tame. 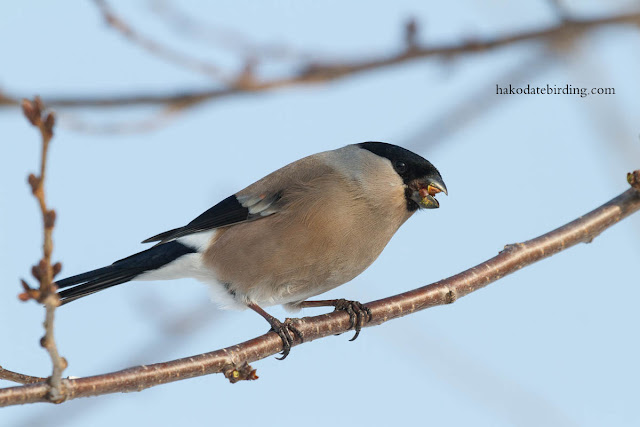 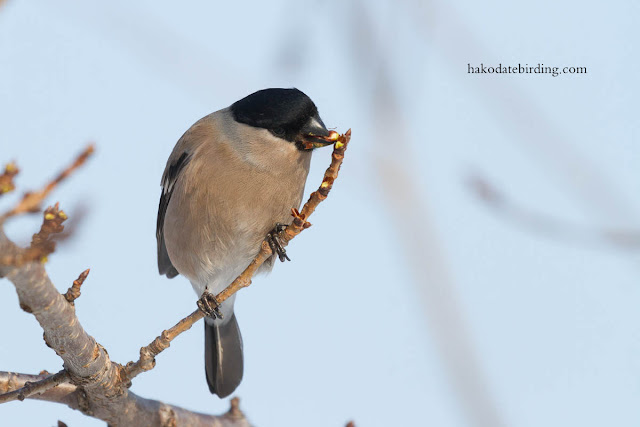 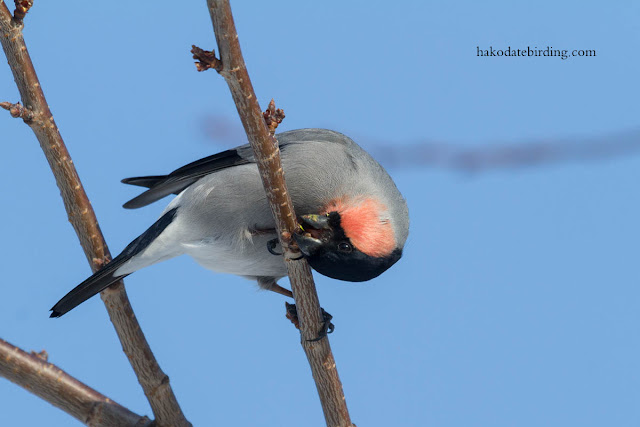 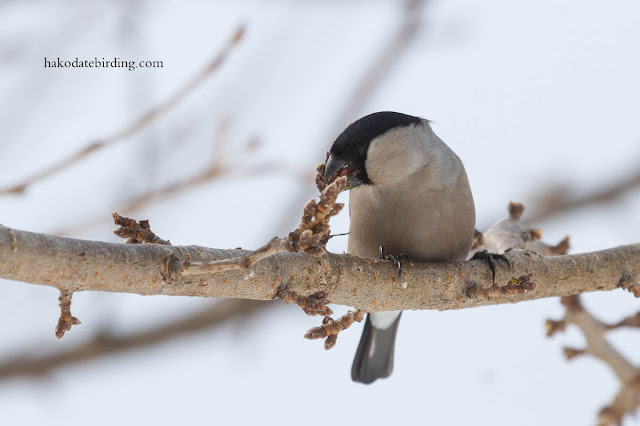 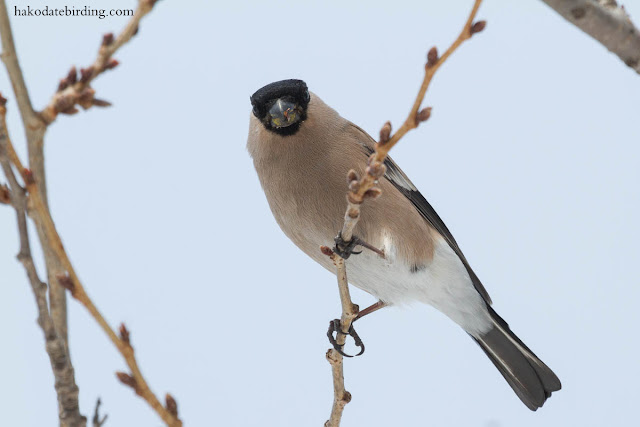 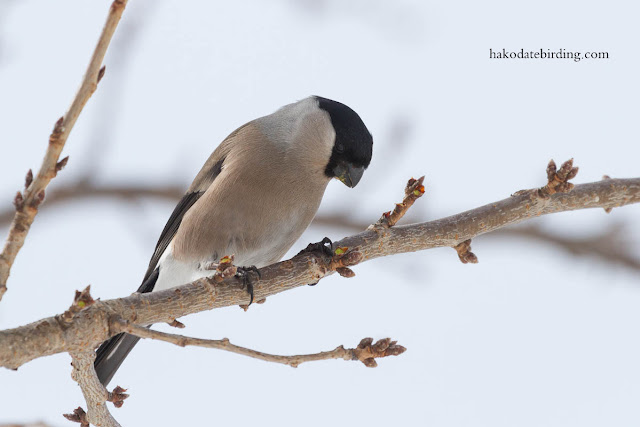 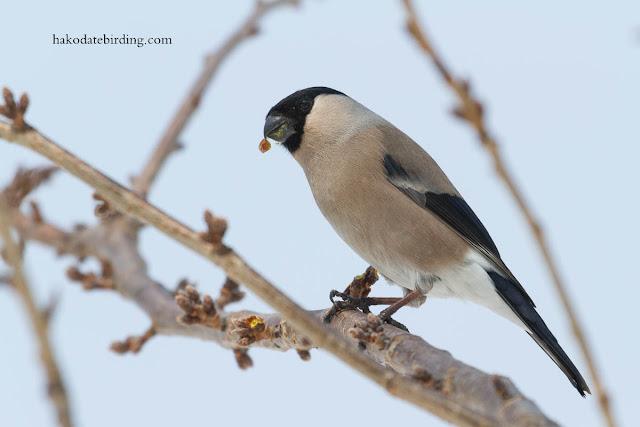 Most of the time they were towards the top of the trees at a bad angle and against a busy background. I spent a couple of hours waiting for them to come a bit lower. Which they eventually did. 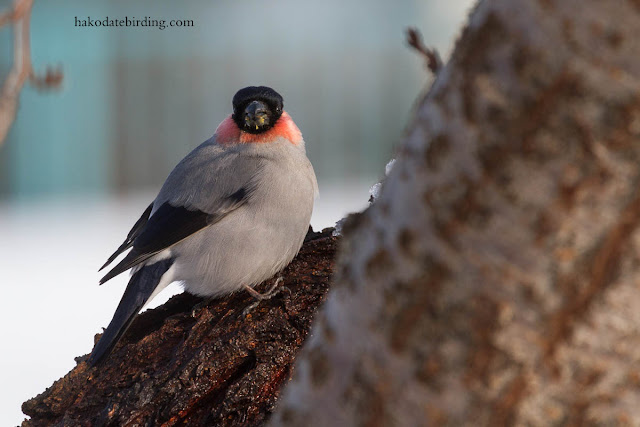 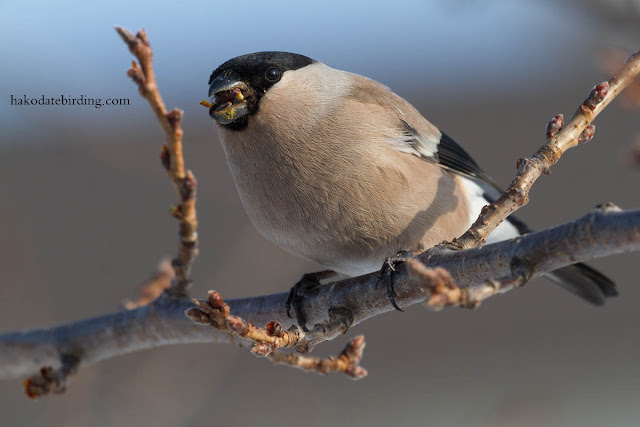 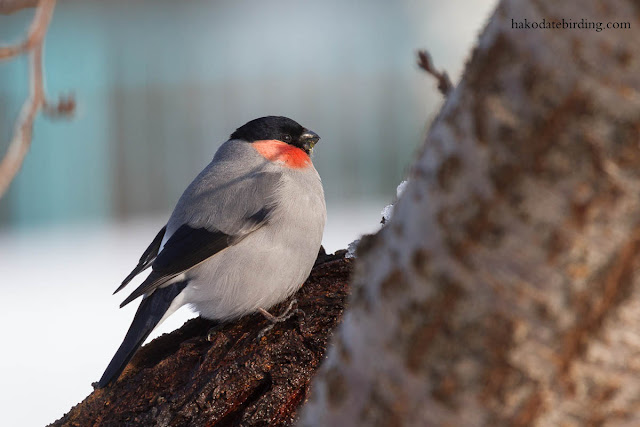 There were 6 of themm in this flock. 2 males and 4 females. 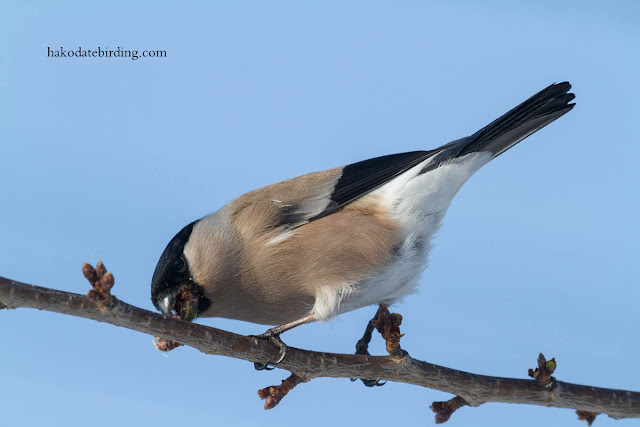 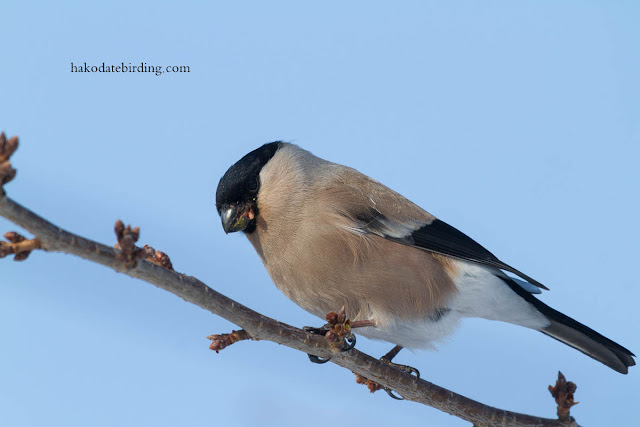 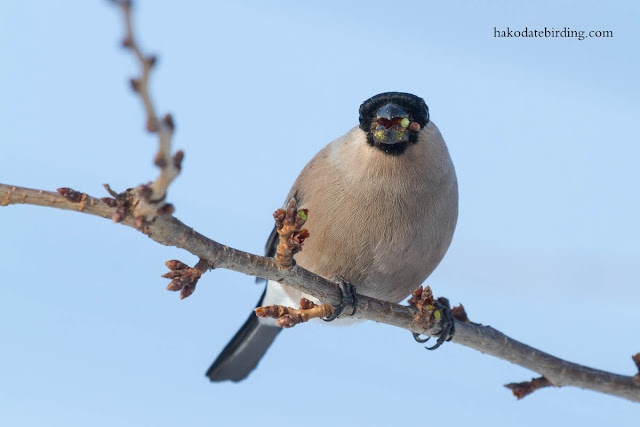 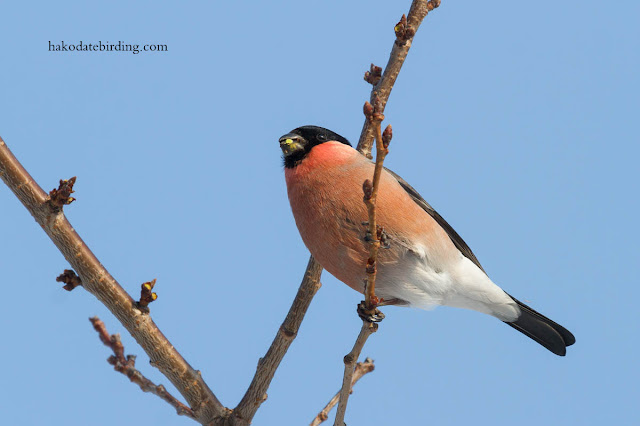 It was much milder this week................and the snow has turned into shin high slush. Very tiring to walk through. I went down to the nearest harbour but could only find a couple of Black Necked Grebe, several Black Scoter and some Scaup bobbing around on the waves. Nearer home there were Varied Tit, Long Tailed Rosefinch, Hawfinch and Nuthatch. The goosanders are still on the river and have been joined by a drake Red Breasted Merganser.

On Monday I was in Kamiiso and the harbour was empty so I waded through the snow onto the beach and found this Kentish Plover. 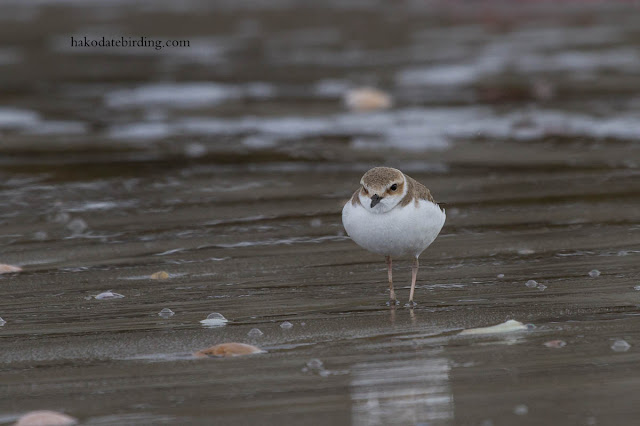 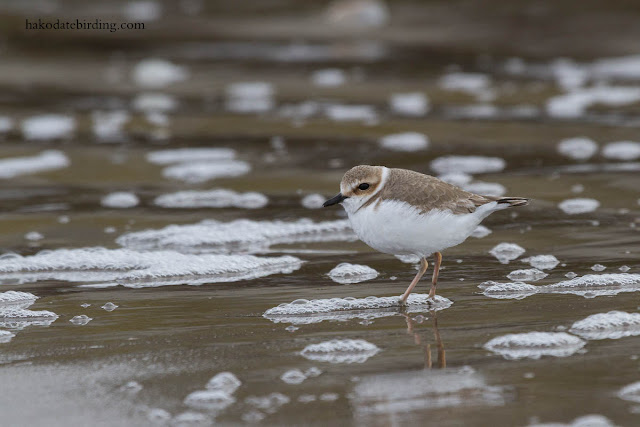 On the train back I saw Buzzard, White Tailed Eagle and Great Egret.

Last Sunday we were in Esan. I saw some an interesting enough cross section of winter regulars including an adult Stellers Sea Eagle. an immature White Tailed Eagle, Peregrine, Buzzard, the usual wildfowl including Harlequin Duck and Brent Goose, Black Necked Grebe and lots of Glaucous Winged Gulls. Only one Glaucous Gull though, this one was in the harbour................ 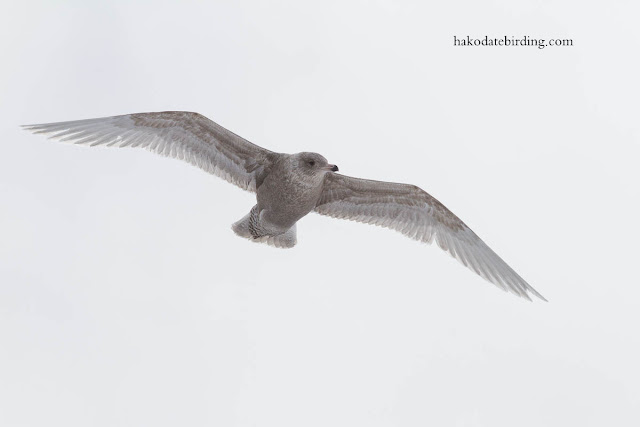