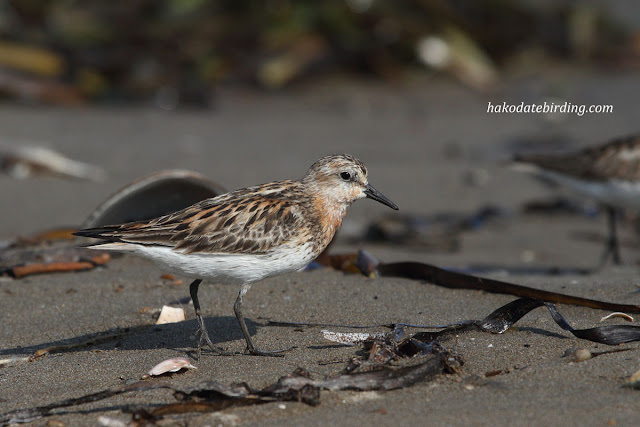 A Red Necked Stint at Kamiiso yesterday, still showing some of its breeding plumage.

The waders have returned.

And so has the heat: very hot and humid, 32 outside and no escape to aircon here in Hokkaido either.

There were 5 stints on the beach. 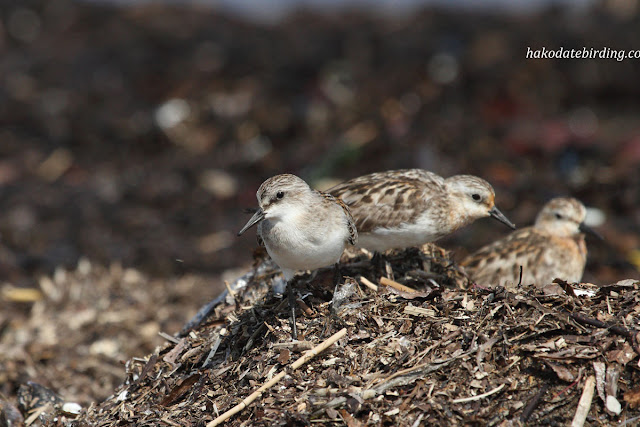 The beach was filthy, the remains of dozens of barbecues from the holidays last week.

The stints were not exactly shy but they were a tad skittish. 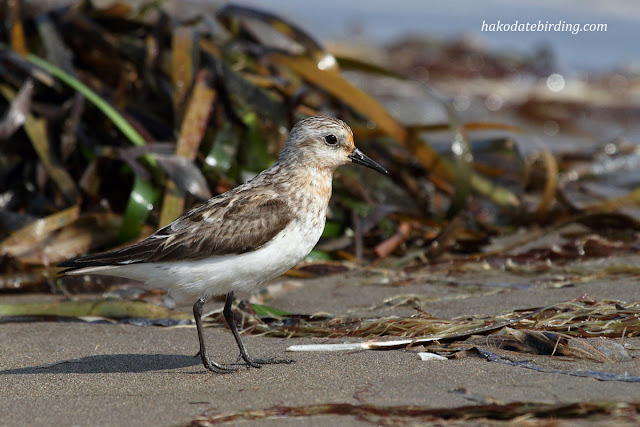 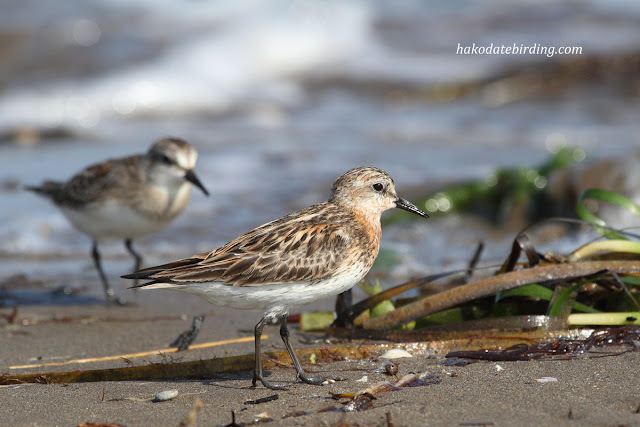 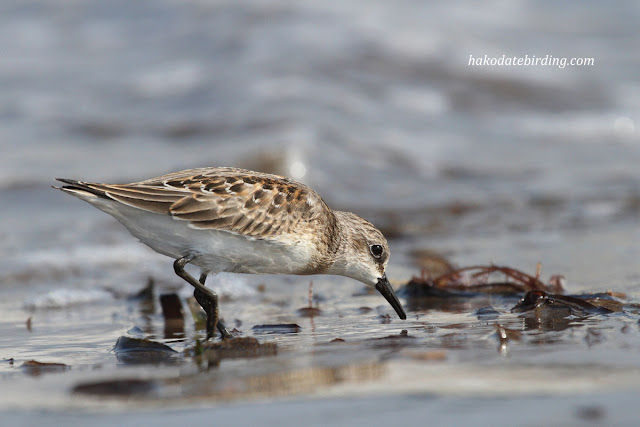 The only other wader around was an even shyer Eastern Curlew. No shots of that worth posting. 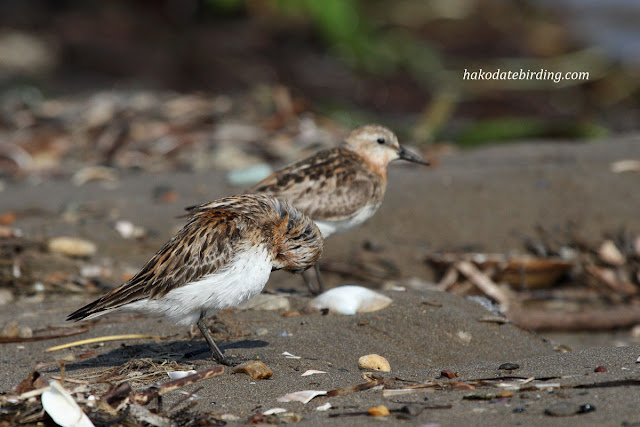 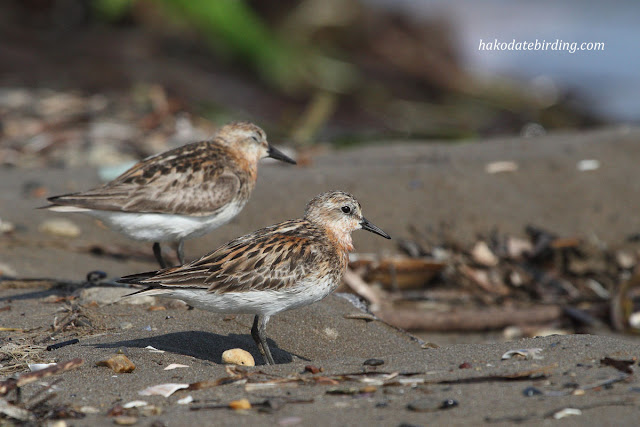 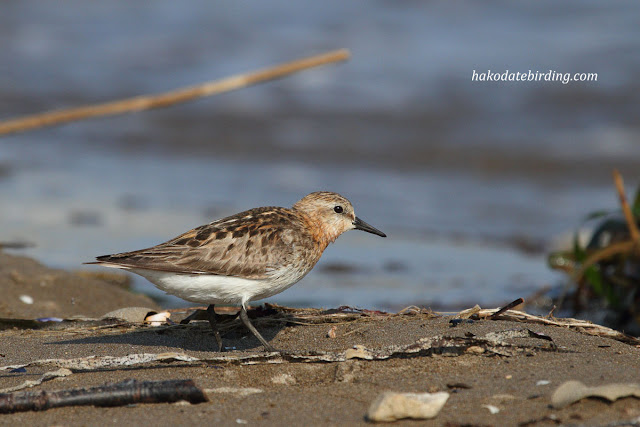 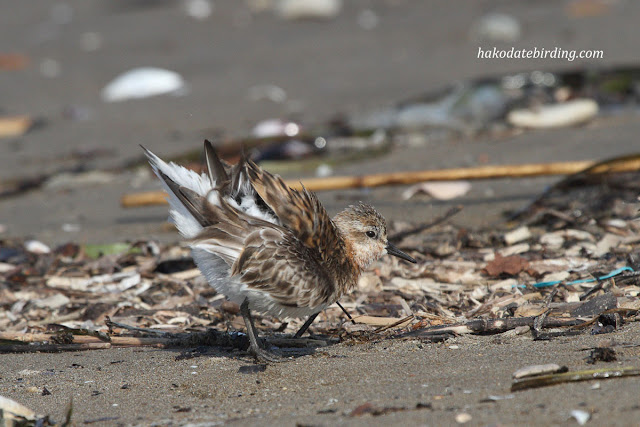 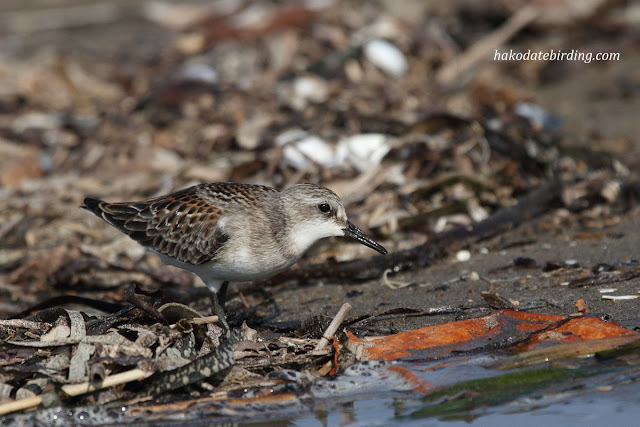 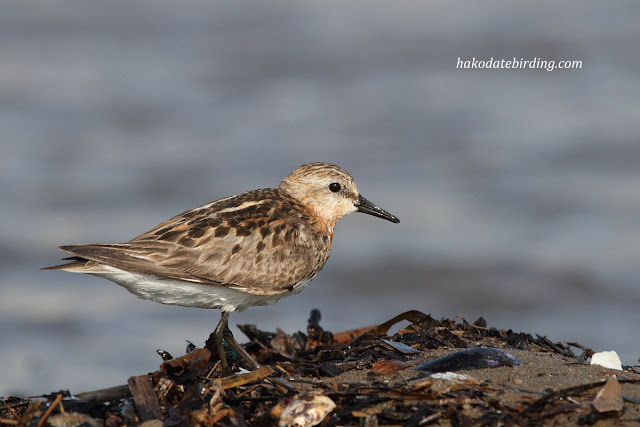 On Sunday we were in Sawara and Shikabe. The coast was foggy which meant the temperature was more bearable........but the light was crappy for the Japanese Green Pigeons. 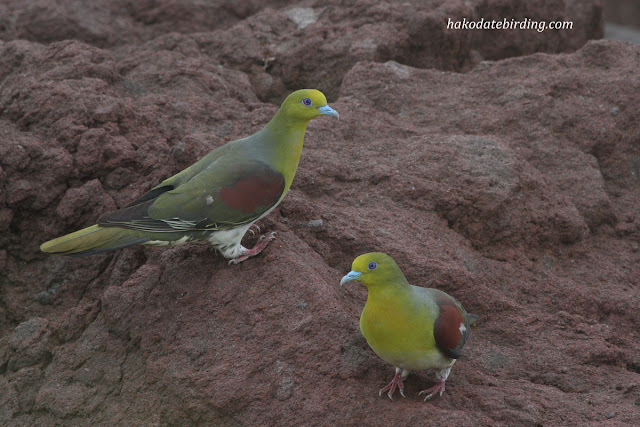 There were  a few waders around. 2 Terek Sandpiper, 2 Red Necked Stint and this Greenshank......... 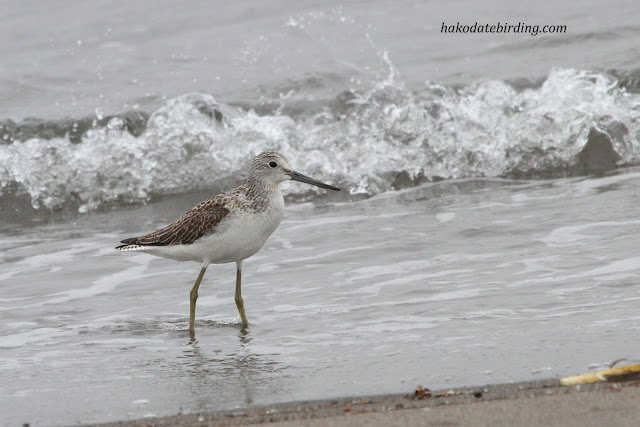 When Prior and Swann were in I thought we could do it.

Liverpool? Well what a great start to the season that was.