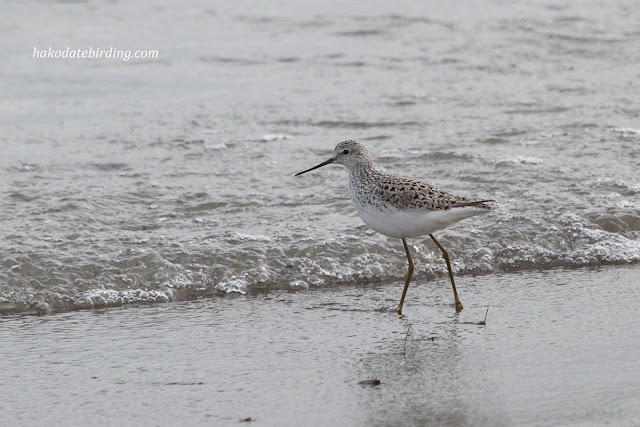 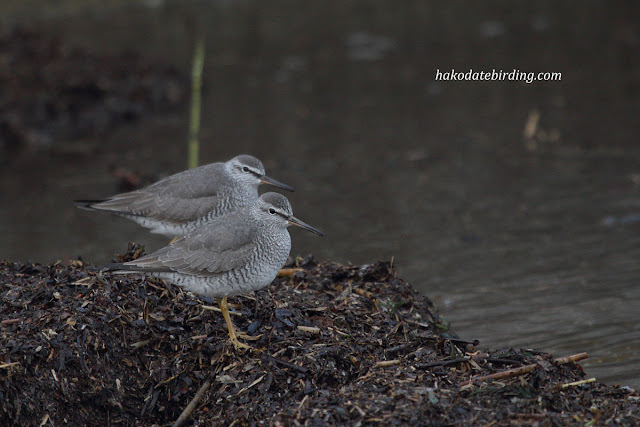 A Marsh Sandpiper and 2 Grey Tailed Tattler at Kamiiso this afternoon.

I had 4 out of the last 5 days off and early May is one of the best (if not the best) times of the year for local birding. Unfortunately the weather for the whole 5 days was absolutely f*****g terrible. Very heavy rain led to landslides and floods..........the amount of debris washed down the rivers and out into the sea was unbelievable. The local river (usually so small I'm embarrassed to call it a river) turned from its usual trickle to a brown swirling deluge..........

And when it wasn't raining it was too dark for any photos. Yesterday at Ono there were 10 or so Pacific Golden Plover in the gloom and this Cattle Egret, at least you can just about see a white bird in such poor light......... 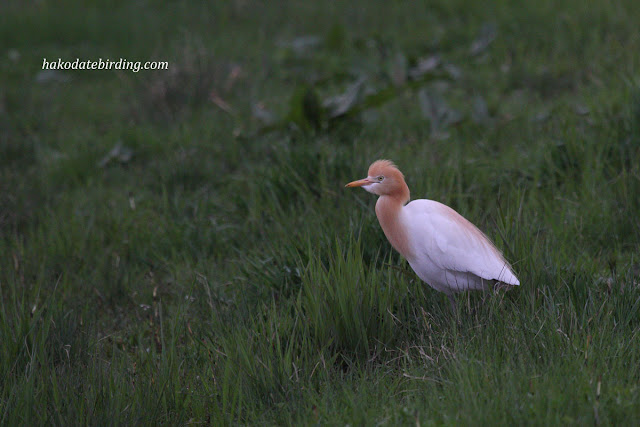 I had given up on any birding on my days off until the rain stopped this morning and we headed out to a park in the east of town. It was full of birds, thank god. Too dark for any decent shots but I had a very pleasant couple of hours chasing the birds around the bushes.

There were lots of migrants including 3 Eye Browed Thrush. 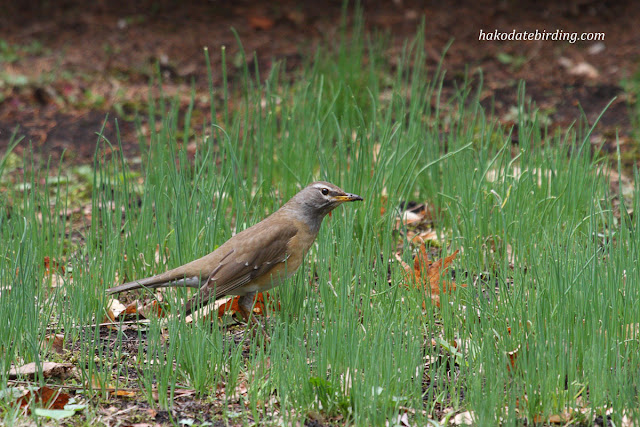 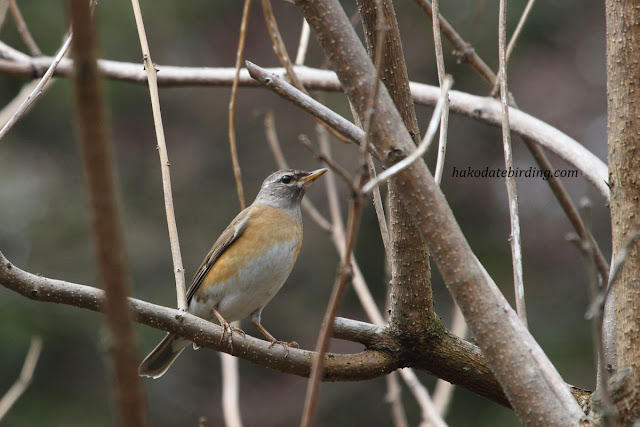 And a pair of Blue and White Flycatcher too. 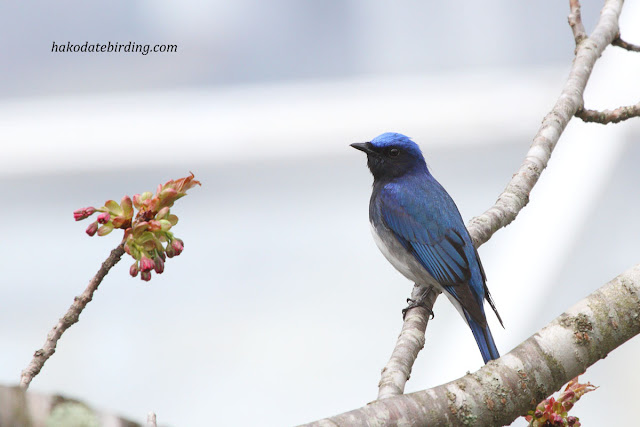 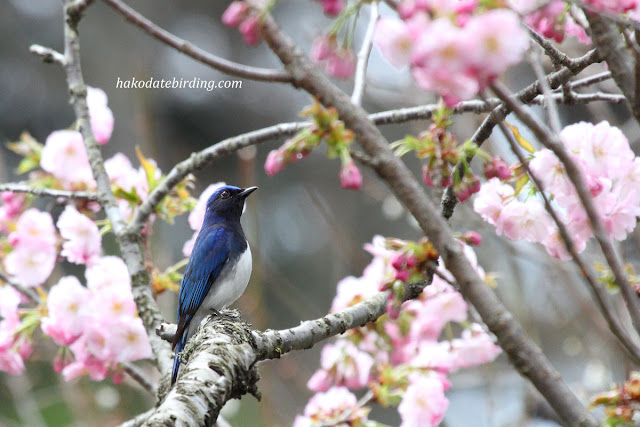 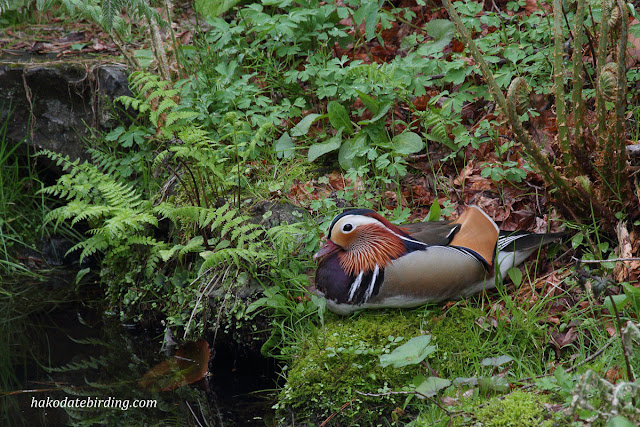 Not tame at all but at least it didn't fly off like the ones in Onuma always do.

We then headed east to Menagawa in sunshine and blue skies but there were no interesting birds at all except my first Grey Wagtail of the year and a Peregrine high in the sky.

We ended up at Kamiiso in the late afternoon and in the fading light on the beach was a Marsh Sandpiper. 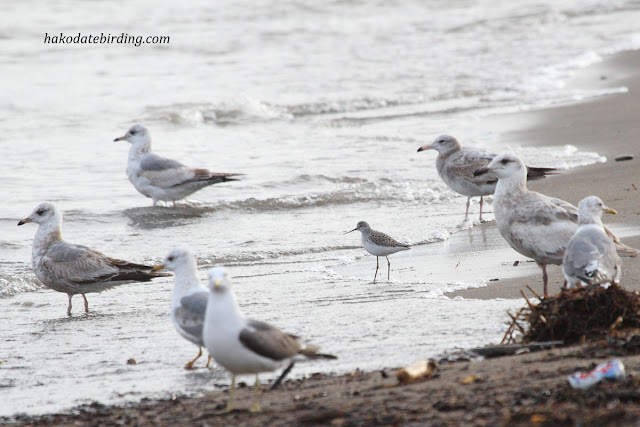 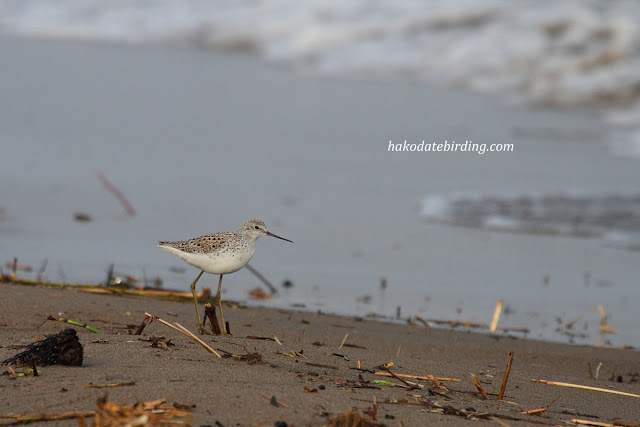 As it was getting really dark I noticed a half dozen or so Grey Tailed Tattler, the commonest spring wader. It's pretty common in autumn too but it looks much nicer at this time of year even in the twilight. 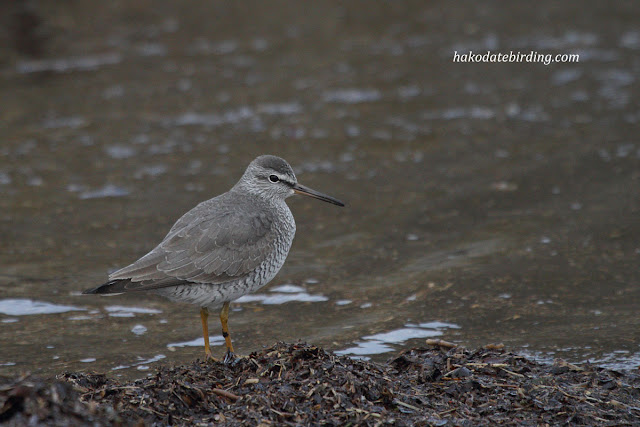 So the end of the footy season is going to be pretty exciting: interesting games everywhere. The local Sky channels can only show 3 games at once. Shame Liverpool stopped trying 2 or 3 months ago, whatever game they have (I haven't even bothered checking who they're playing) is utterly meaningless.................