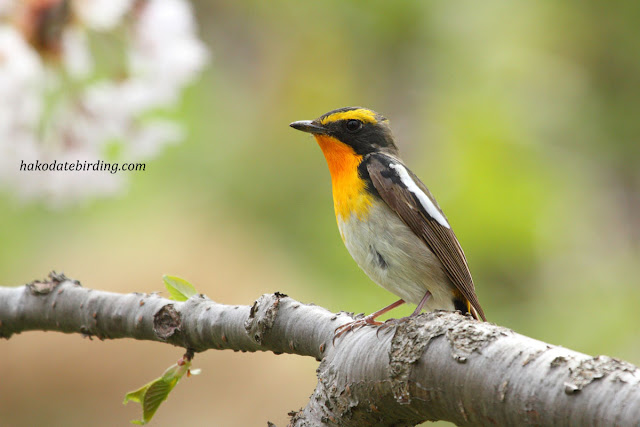 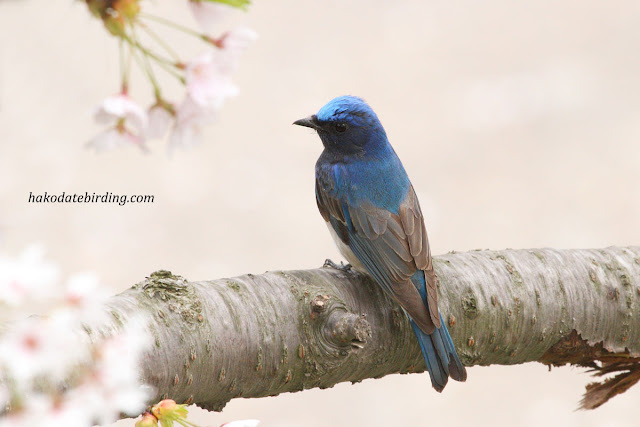 A male Narcissus Flycatcher and a male Blue and White Flycatcher in Goryokaku Park today.

There were at least 2 male Narcissus and 1 or 2 females too. The males looked of both species slightly raggedy, I guess they were born last year and are finally moulting into adult plumage. 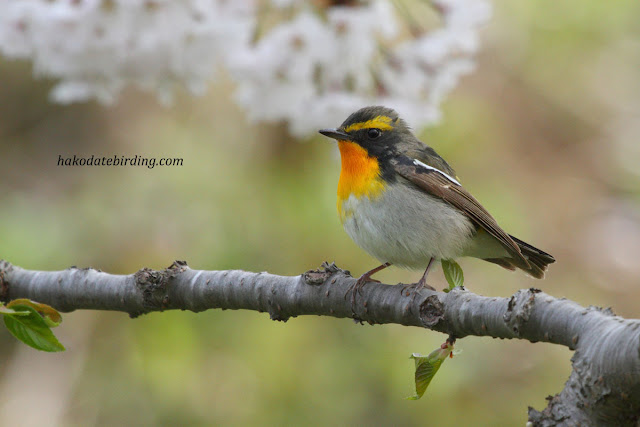 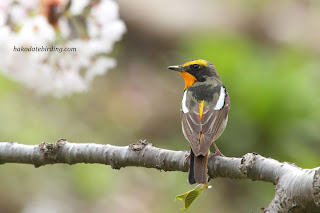 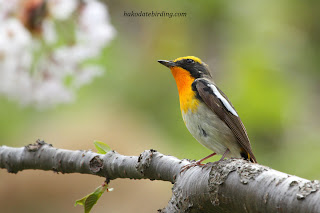 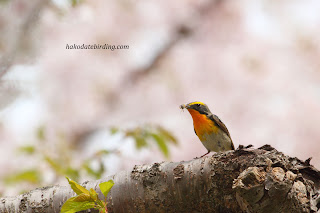 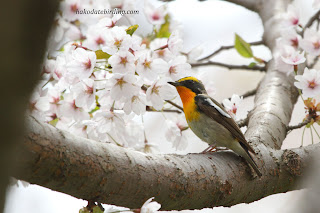 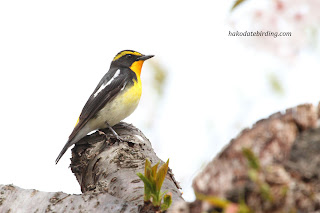 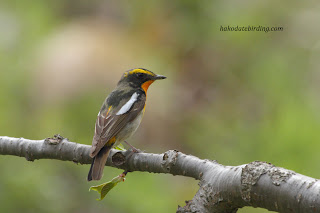 They were very active but not really shy. The park was very busy and was looking very nice with the blossoms gently falling from the trees. The atmosphere was slightly spoiled by a drunk oyaji trying to talk to me (whilst I was taking photos of the flycatchers), I said I was busy and he burped and urinated against a tree. Classy. 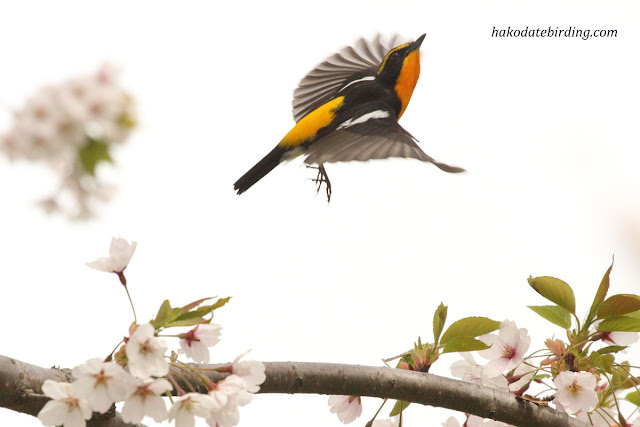 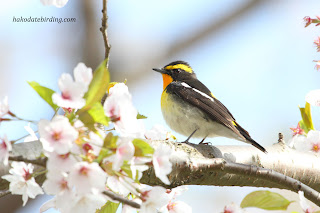 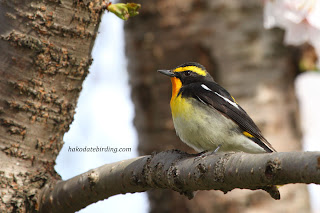 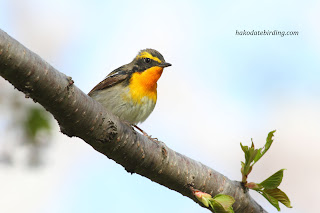 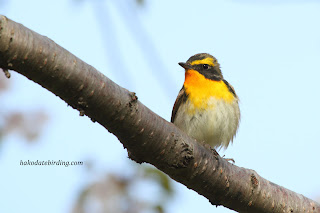 As you can see they are a quite beautiful looking little bird, even when eating a spider......... 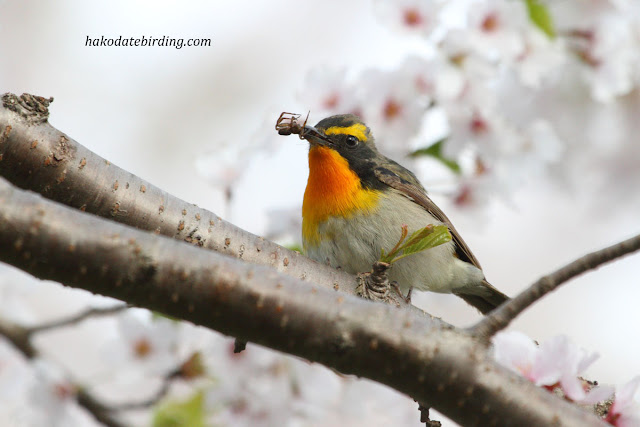 There were also a couple of Blue and White Flycatchers, male and female. This male still had some brown on its wings......... 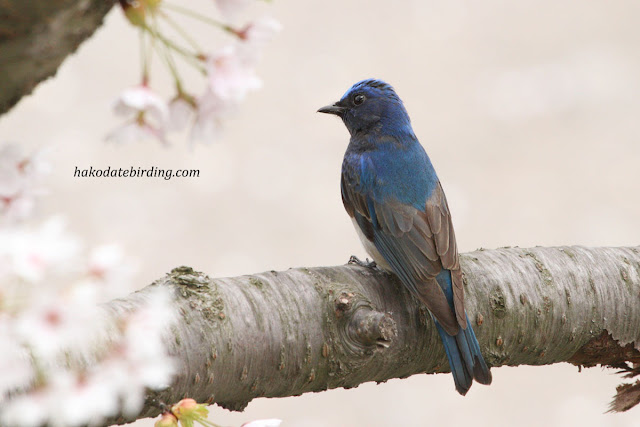 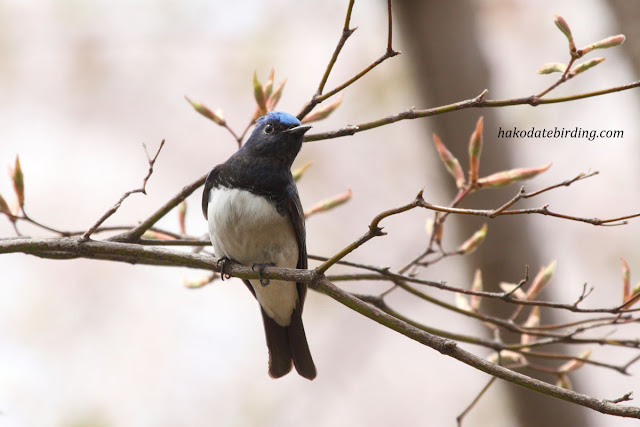 And this one is, I think, an Asian Brown Flycatcher. 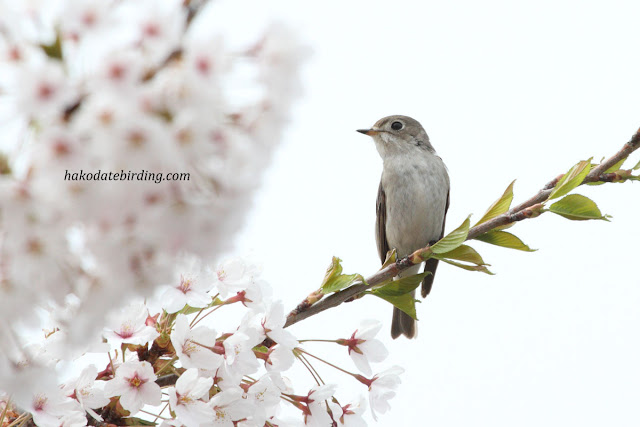 Lots of Eastern Crowned Warblers in the trees too. The Russet Sparrows were present on the river yesterday but seem to have upped and left as of today. The only birds of interest on the river were a fly past Kingfisher and a lone singing Oriental Reed Warbler.

Yesterday was a bit of a frustrating one. I got up early to try and take pictures of the Red Cheeked Starlings in the big cherry blossom tree. Last year there were 2 or 3 pairs there but this year only one pair seem to have taken up residence there and they didn't stick around for photos so much. This is the female. 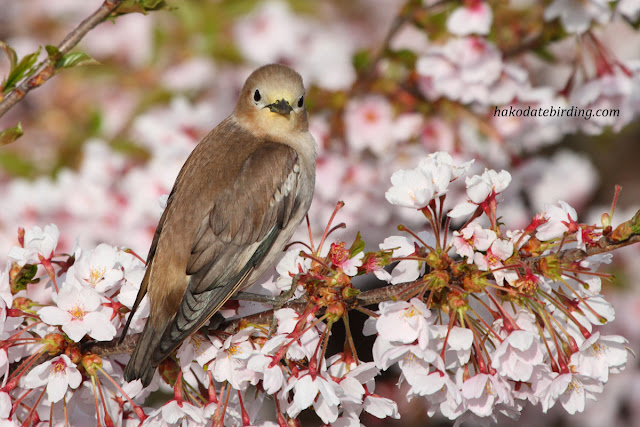 I wanted to take a video (I even lugged my tripod along), this was all I could manage though.....

You can hear Japanese White-eye in the background, there were loads of them around yesterday.

I decided to go to Kamiiso, I was convinced there would be lots of waders on the beach. I walked 3 or 4 miles and all I got was one solitary Whimbrel flying off into the distance. A few Scaup were offshore as well as a pair of summer plumaged Great Crested Grebe and hundreds of Black Headed Gulls (also in summer plumage, they are the only hooded gull in Hokkaido and look fairly exotic). I missed an Osprey diving into the river and catching a fish by a few seconds..................like I say it was a tiring frustrating day.

In the harbour there were a few Common Sandpiper and 3 Grey Tailed Tattler. 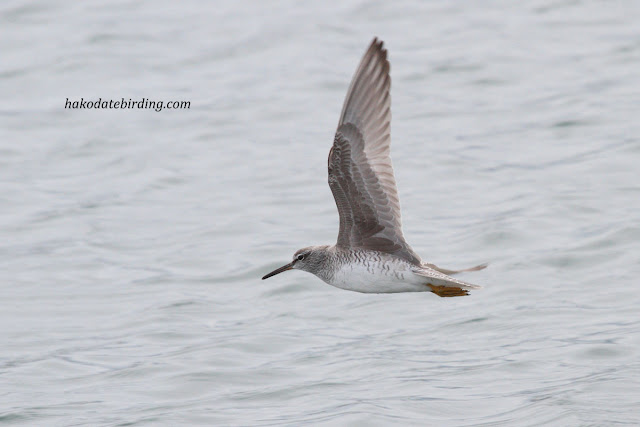 I've been watching the Red Riding trilogy, a tad depressing but I'm enjoying it.

I'll miss the FA Cup final (I'll be in Tomakomai for a pelagic trip, weather permitting). I can remember when this was the big game of the season and the whole day was an experience sitting down in front of the TV. Now it is almost an irrelevance, I can't even recall who won it last year. Chelsea, I think? Who did they beat? God knows.