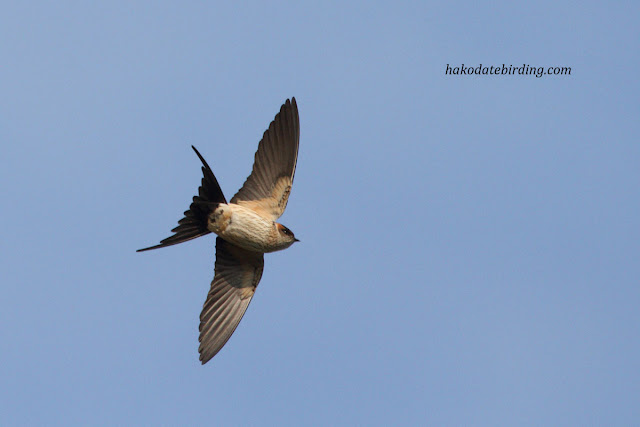 I got up early to catch the second half of Man Utd's reserves beating some German pub team and as the sun came up it became apparent that we were finally to get some nice weather this Golden Week.

I had a quick look down the river, a lone Red Flanked Bluetail was flitting around in the bushes and this Kingfisher was flying up and down the river. 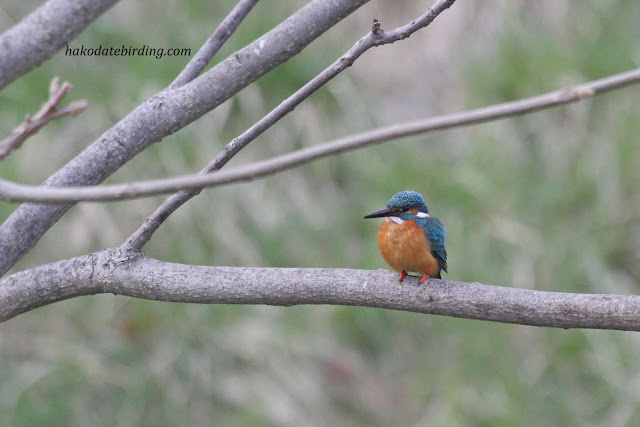 I was hoping for some of the scarcer migrants, a Wryneck maybe or perhaps a Whites Thrush. There didn't seem to be any migrants around (apart from the Bluetail) except lots and lots of hirundines. Just Asian House Martins and Barn Swallows I thought  but I was wrong............... 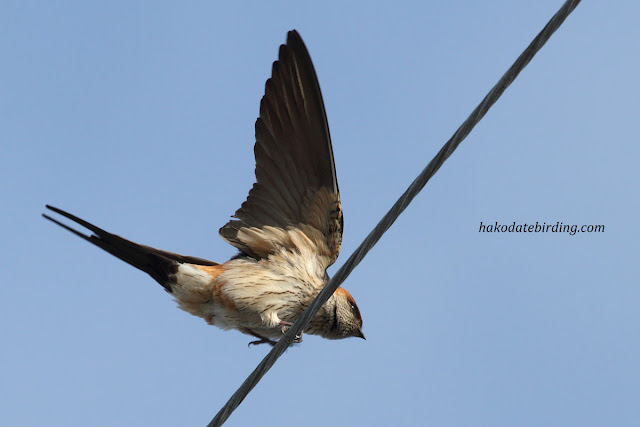 The flock contained 3 or 4 Red Rumped Swallows, a new bird for my Japanese list. I've seen them before in Indonesia and Greece, both times I remember thinking eh that swallow looks a bit weird. 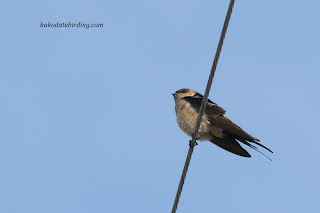 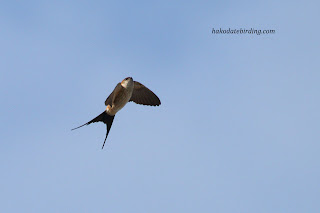 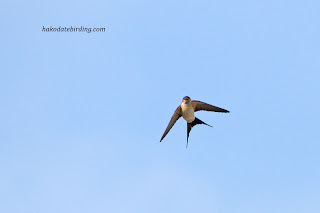 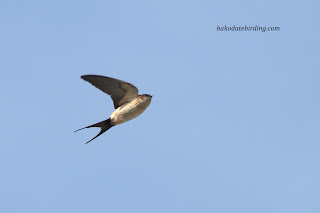 My wife disappeared to take some cherry blossom pictures and I went back to bed for a couple of hours. We then headed out to the ricefields at Ono, no waders inland today but lots of Siberian Stonechats as always. 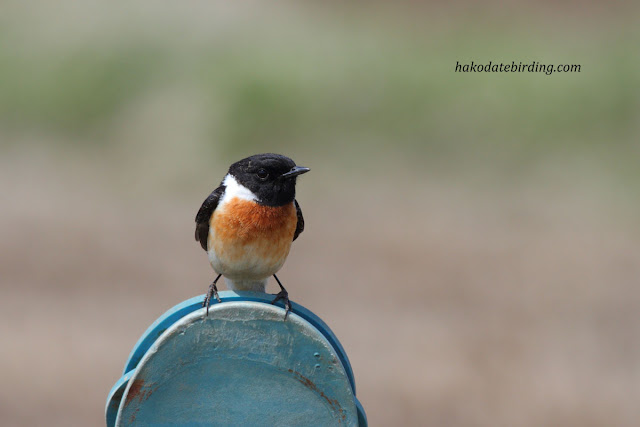 In the hills I got my first Sakhalin Leaf Warbler but otherwise not much else around so headed home visa Kamiiso where I saw several wader species on the beach (I'll post those later).

Back home the cherry blossoms are out. I prefer views of them like this rather than whole trees of them. 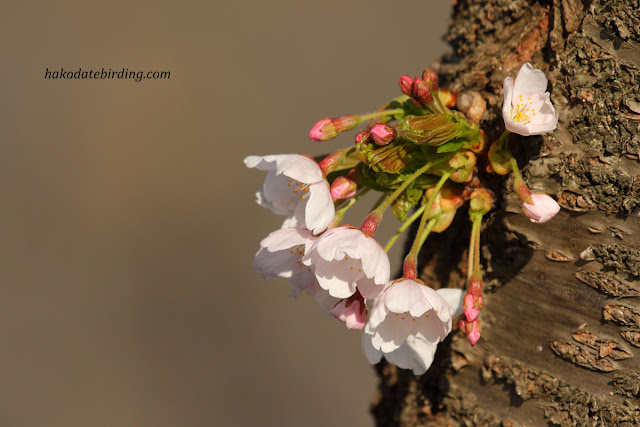 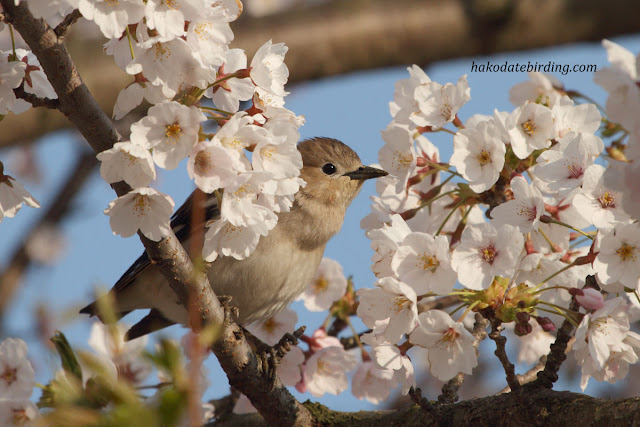 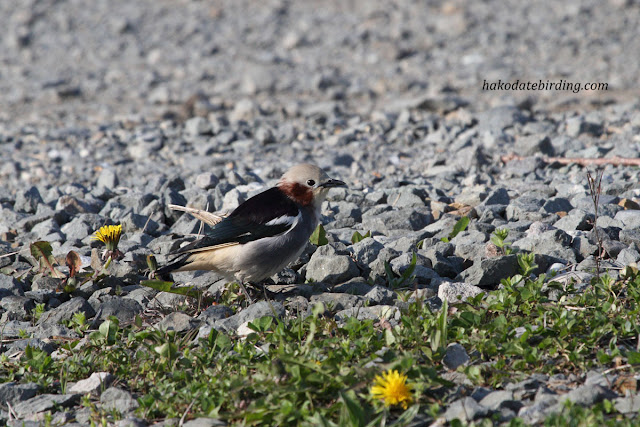