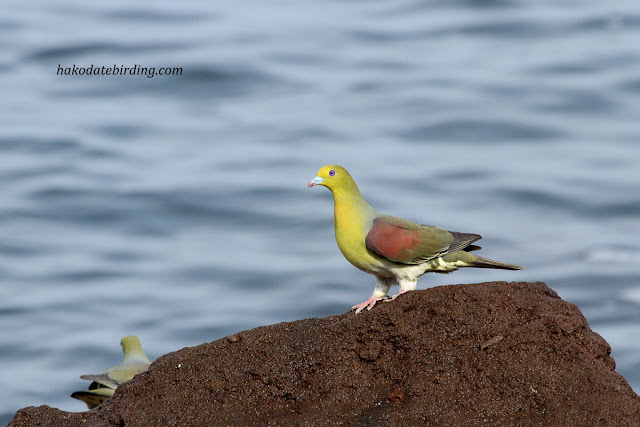 The Japanese Green Pigeon pics are slowly getting better. 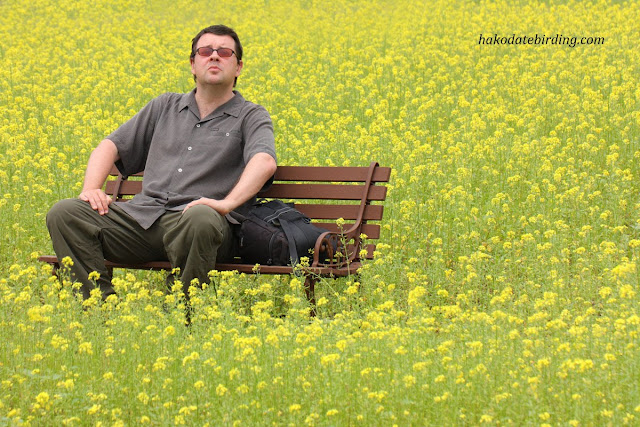 A picture of me looking very summery.

We just got back from a brief break up near Lake Toya. The day we drove up there was very dark and wet, we stopped at Shizukari and most of the summer stuff was still fairly active and showing well and there were families of Stonechats everywhere. 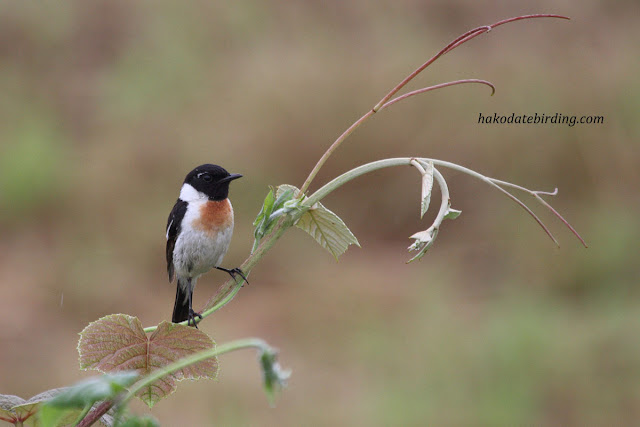 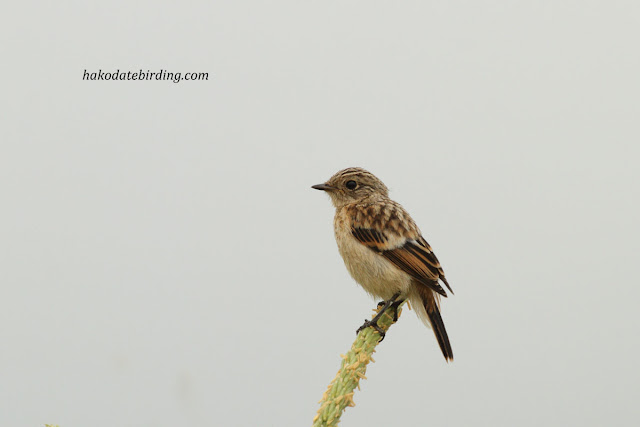 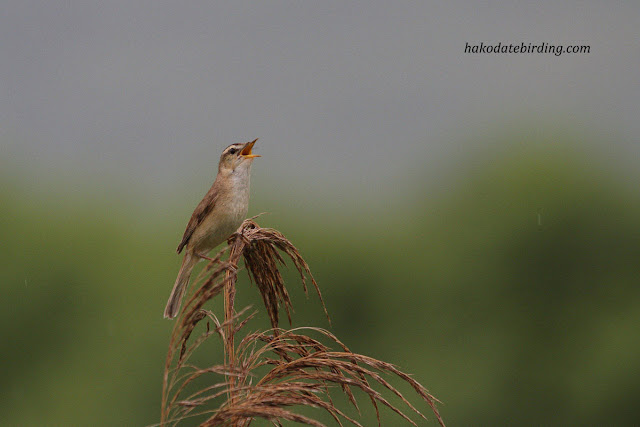 Grey Herons seemed to be in every ricefield. 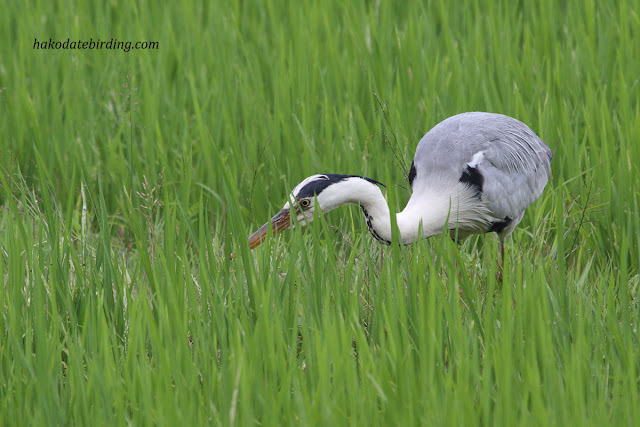 3 species of Cuckoo were singing but as you can see it was really dark. We headed over to Toya and tried to kill time in the rain before check-in time. I only had my 100-400 handy most of the time, here's a view of a famous volacno. 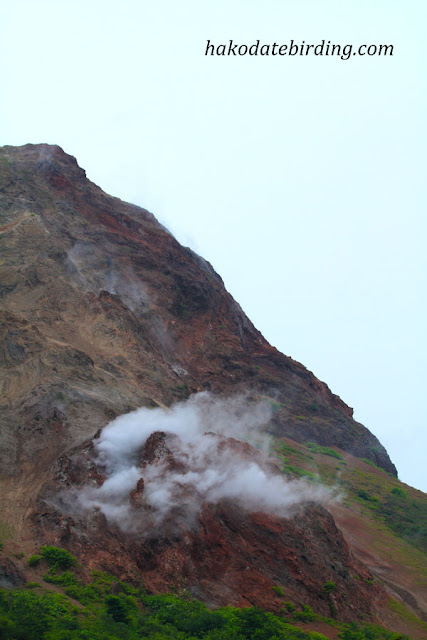 Toya hosted the G8 summit a couple of years ago so the cheap guesthouse we stayed in had free wireless internet and multilingual signs everywhere (no doubt it had been full of foreign journalists).

There weren't any birds around though, just a few common things here and there: Russett Sparrow, Goosander, Mute Swan etc.

The weather was slightly better the second day, we spent the morning near Niseko. It was too cloudy for any mountain shots, here's a rural view also with the 100-400. 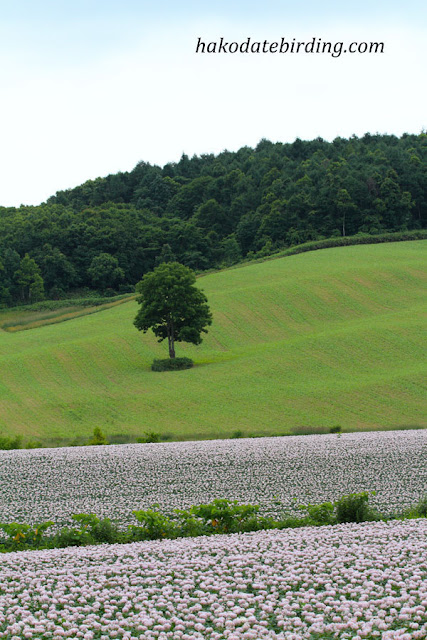 On the way home we checked the beach in Shikabe for Japanese Green Pigeon again.

A brief period of sunshine co-incided with some fairly close encounters........... 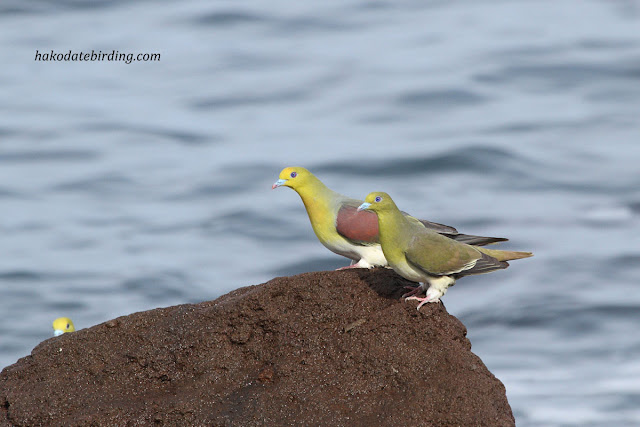 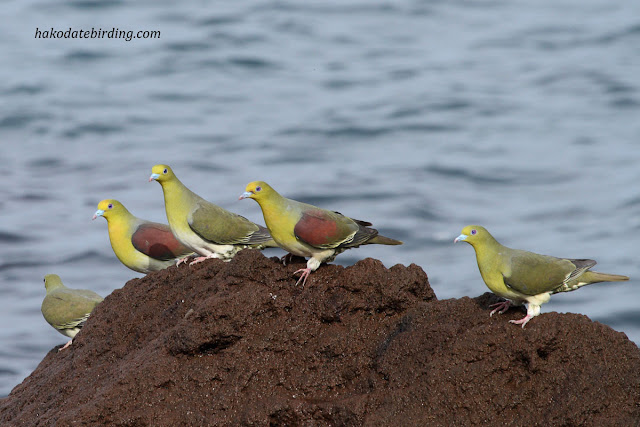 But most of the time saw grey skies and distant views, the BIF shots weren't so good today, in fact they were awful........... 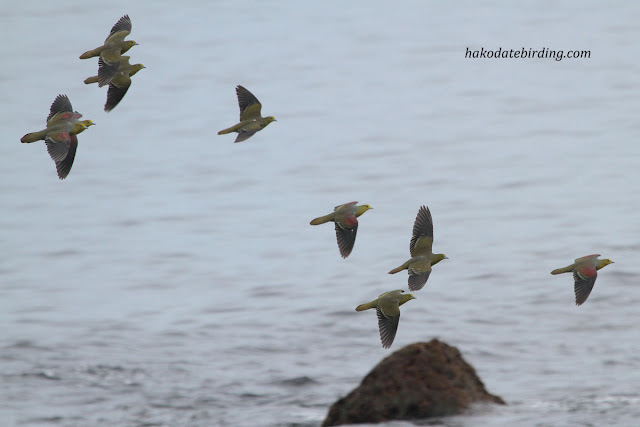 They don't mind getting wet though. 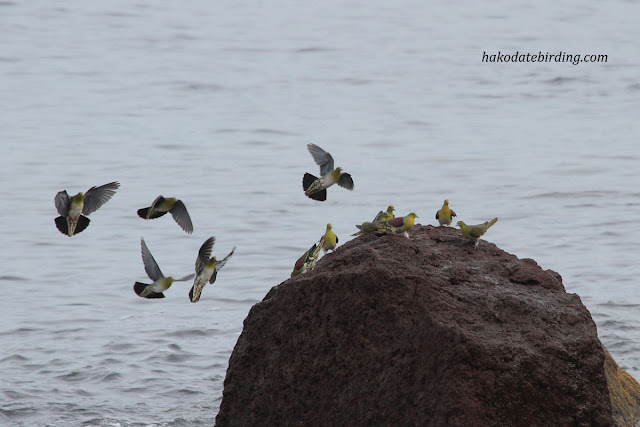 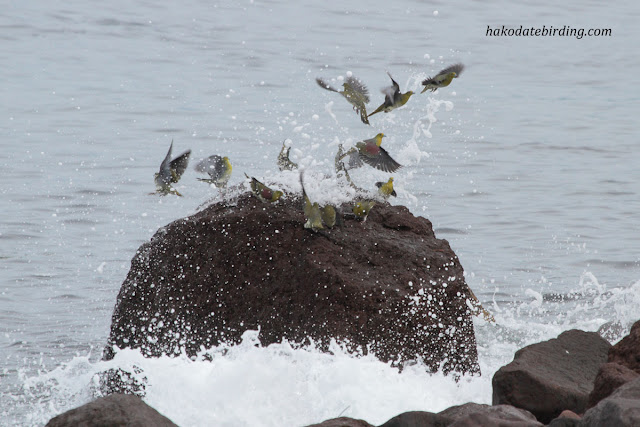 The noisy construction work continues. I got up in the small hours to watch the World Cup final (not a great game unless you're a fan of yellow cards) and any chance of sleeping in late after I returned to bed around 6am was scuppered by the sounds of banging, sawing and drilling which began at 7.45am just outside my window.

Not a vintage World Cup. I missed the Ghana/Uruguay game (which seemed to be the only real 'classic') as it was on too late (or too early depending on your point of view) so I guess the best game for me would have been Italy losing against Slovakia. Otherwise a lot of fairly muted games, spoiled by poor finishing and the ball.

What would have happened if Lampard's goal had counted? Or if Green hadn't dropped the ball in the back of the net? Somehow I  still very much doubt I would have been getting up to watch England in the final last night.

I'm off to fantasize about what I'd like to do (and who I'd like to do it to) with that pneumatic drill that has been going for the last couple of hours.