A stint on the beach 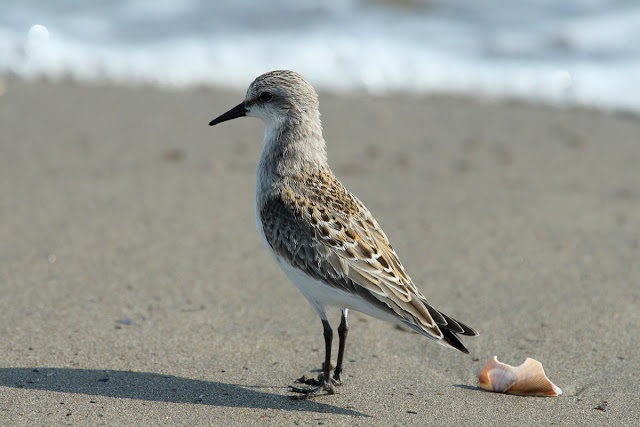 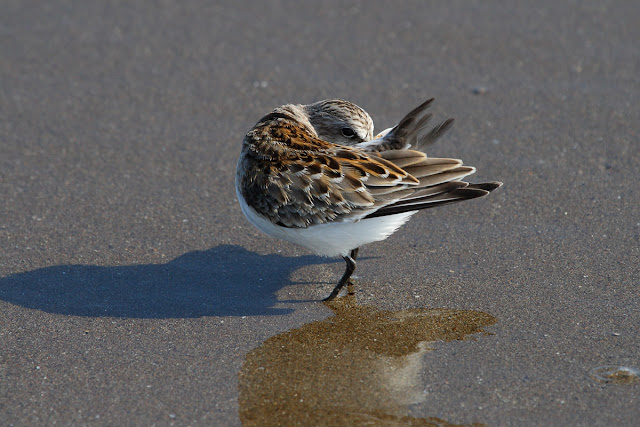 Finally a bit of sunny weather co-incided with a bird to take photos of. This lone Red Necked Stint was at Kamiso this afternoon and was approachable and tame enough to fire off lots of shots. A touch repetitive which I apologise for. 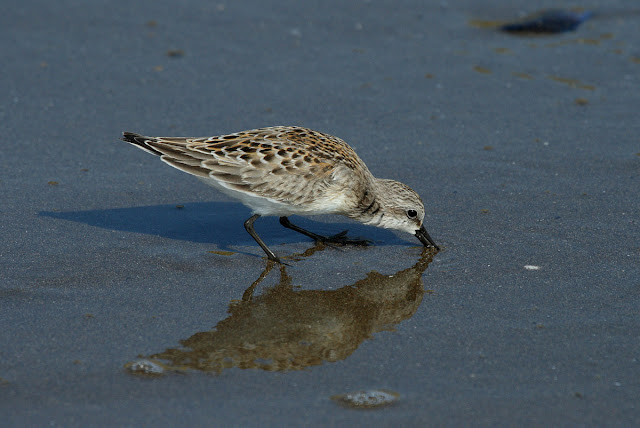 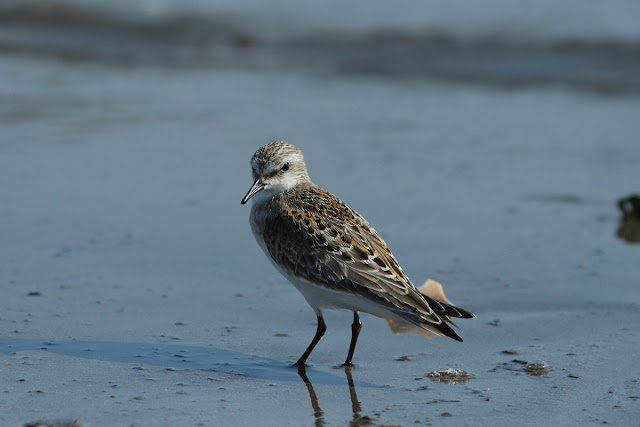 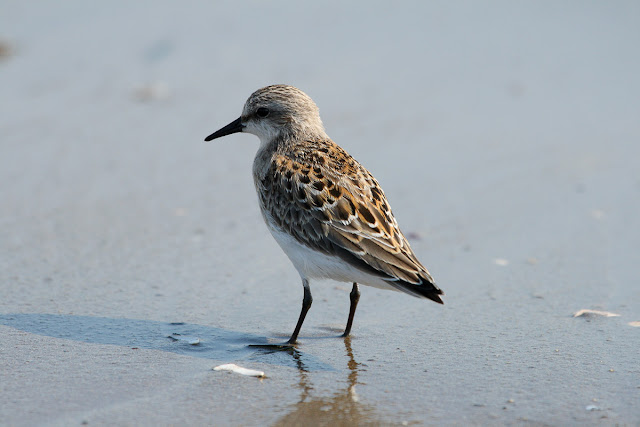 This was one of 4 common wader species in Hakodate this last week. Red Necked Stints are generally the commonest autumn wader and are cute perky little birds. The first Stints I saw were back in Penwortham almost 25 years ago to the day. A group of 17 Little Stint (a slightly stockier bird than the Red Necked but otherwise very similar) running around on the mud on Longton Marsh. 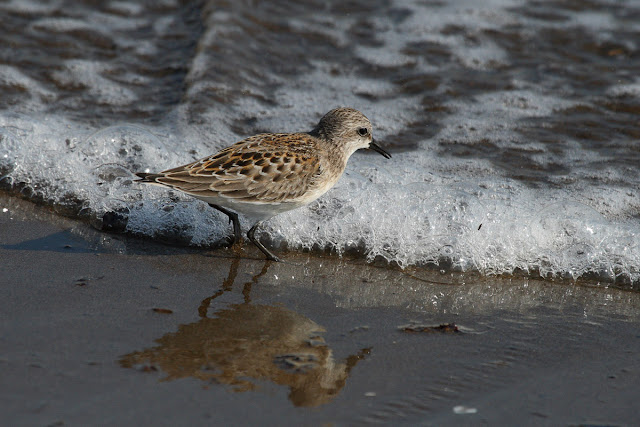 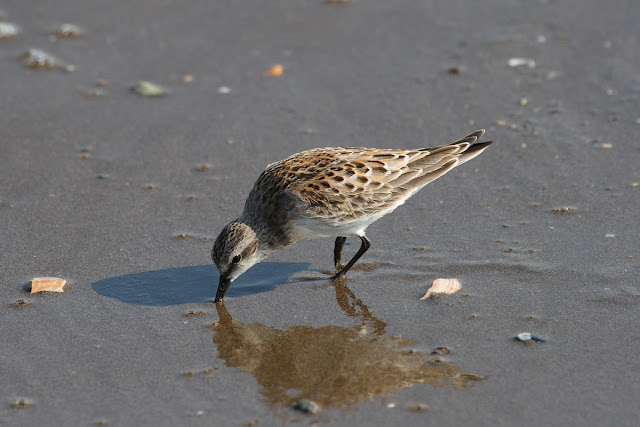 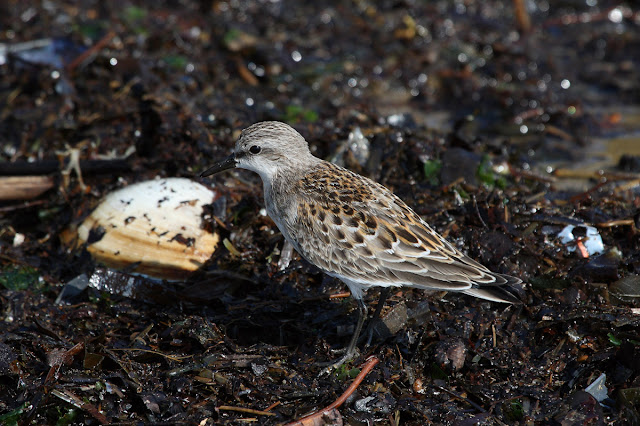 Last year there were loads of them but this year there are far fewer. I guess the numbers fluctuate from year to year. I also saw a flock of over a thousand in summer plumage at Mukawa in Spring last year, maybe 2007 was a bumper year.

Most of todays's pics are only cropped slightly, some aren't cropped at all. Sometimes the bird was so close the depth of field was too narrow so some parts were out of focus, which you may notice in a couple of the shots below. 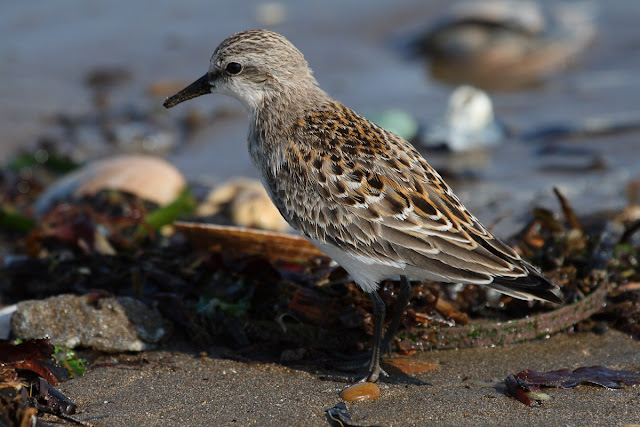 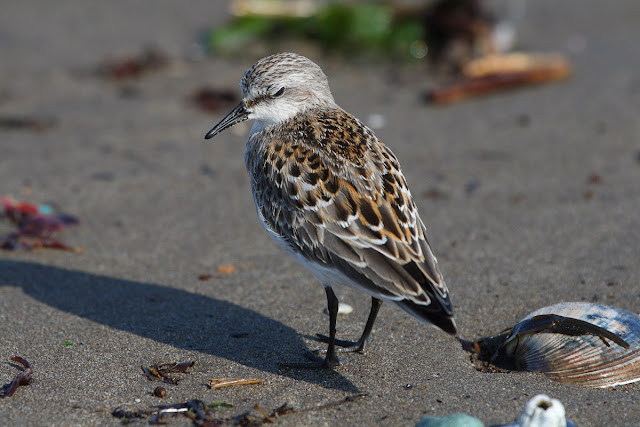 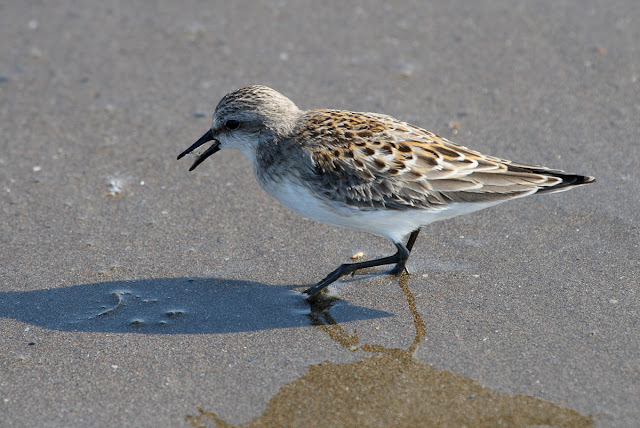 Not much else around recently. Common and Terek Sandpipers, Grey Tailed Tattlers, Stonechat, Osprey and Night Herons. None of them as photogenic as the Stint. 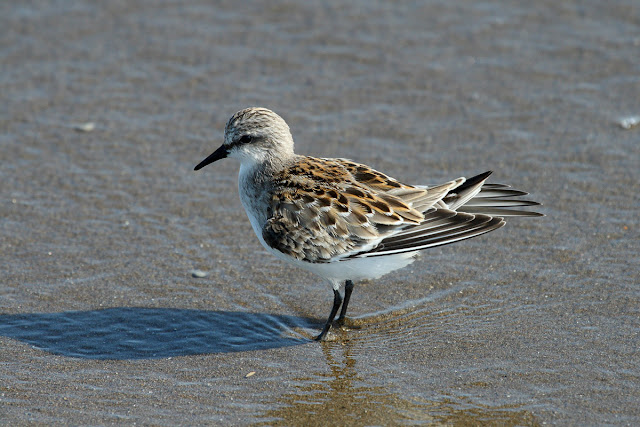 A juvenile Night Heron to break the monotony. 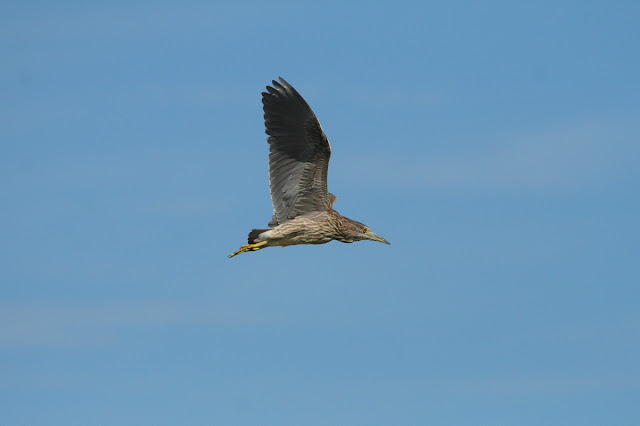 A crazy crazy week in the Premier League. Man City's millions, Newcastles's and West Ham's power struggles........I remember being a student at Newcastle over 20 years ago and they were singing 'Sack the Board' then too.

As all that was going on I almost forgot Liverpool's crapness. I have a really gloomy feeling about this season. I think Liverpool may fail to finish in the top 4 and have some nasty financial problems (although they would be an attractive brand for some rich foreigner to buy as a plaything I suppose).

I'm finding it difficult to care about footy now, I almost wanted them to lose against Villa last week. Take away Gerard and Torres (as injuries have done) and Liverpool are around the same level as a Blackburn or a Middlesborough. I look at the dull Liverpool side full of mediocre foreign journeymen managed by a coach I'm losing more and more respect for as every week goes by and think................er, why do I support these people again? I've been a Liverpool fan since the late '80's. Naturally I'm not even considering ever going on to support another team (of course not, never) but.............I'm beginning to get mighty tired of this current set-up. I may practice some Premier League celibacy.

I daren't even think about England. Chasing the opposition after surrendering possession to technically superior players, desperate defending, long balls humped upfield to be easily dealt with by the opposition. And then after all that on Saturday we have to go to Croatia for a really difficult game.

Music of the week: 'Electricity' by The Magic Band

TV Show of the Week: Season 7 of 'The Shield', that Shane is a bad bad boy and now Ronnie is too.

Food of the week: Mackerel fried in soy sauce with chopped leek on a french style baguette.