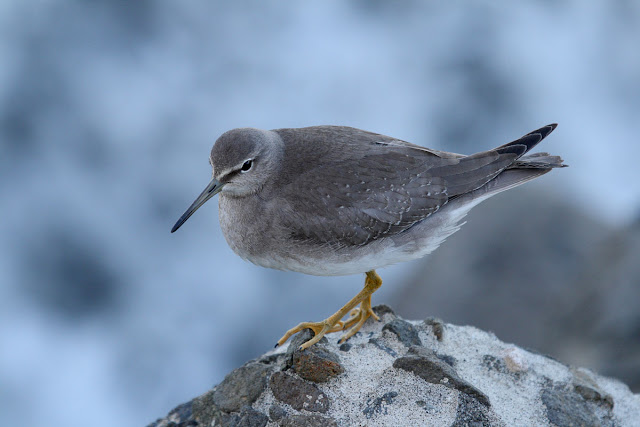 Another Grey Tailed Tattler, this one at Shikabe this afternoon. I went there today and last weekend to see if I could see any Common Tern. I'd seen some there 2 years ago and by a stupid act of faith assumed they'd be here today too. They weren't. This Tatler was very confiding though. 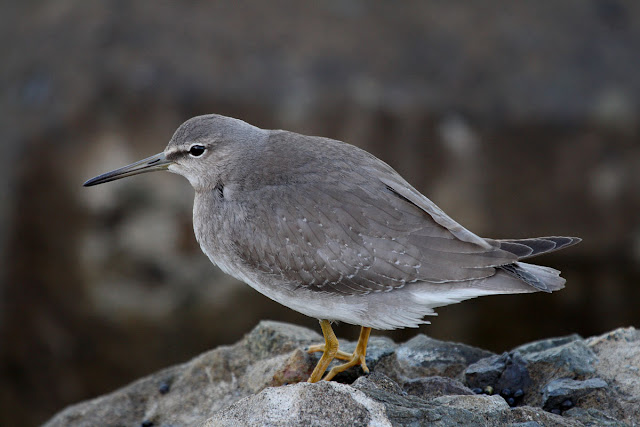 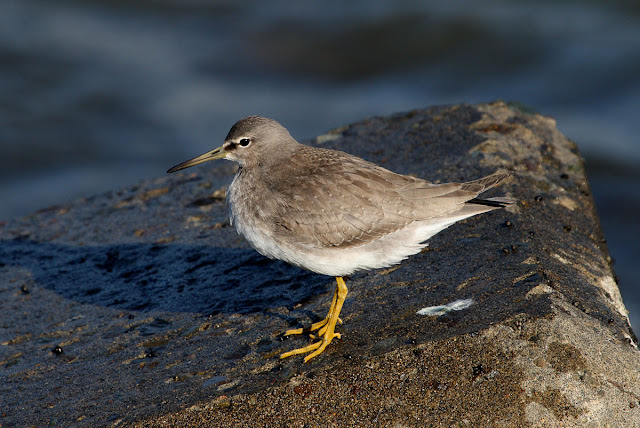 Not much else around. A couple of Goosander were in one of the fishing harbours. They were in moult and couldn't fly and were fairly approachable. 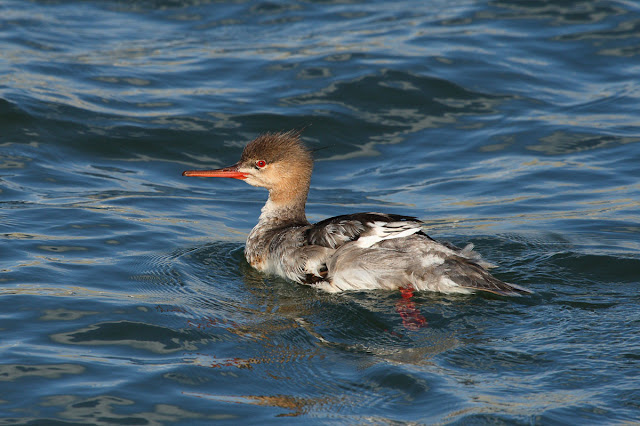 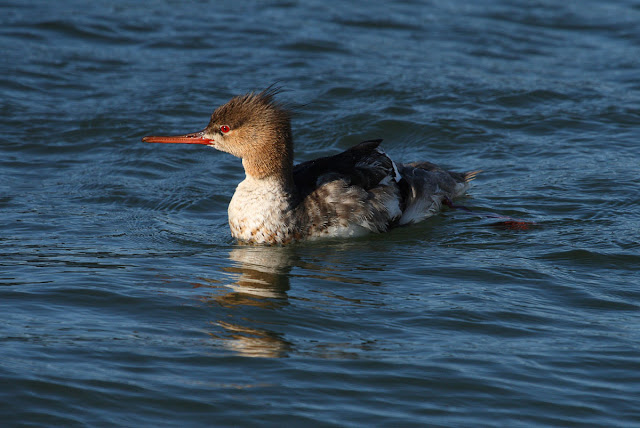 There were no waders anymore at Kamiso in the morning. Just these gentlemen poking around the seabed for kelp. 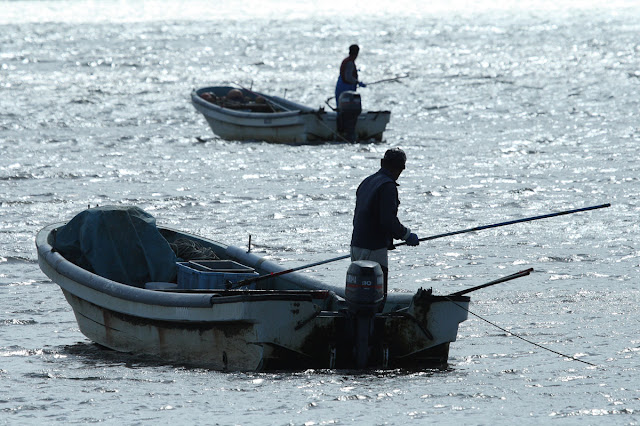 It was a nice fresh autumnal day, the first time I've worn long sleeves since early June. Not so may birds about, it was rather windy everywhere so the birds were under cover at Onuma. Beautiful afternoon light here though. 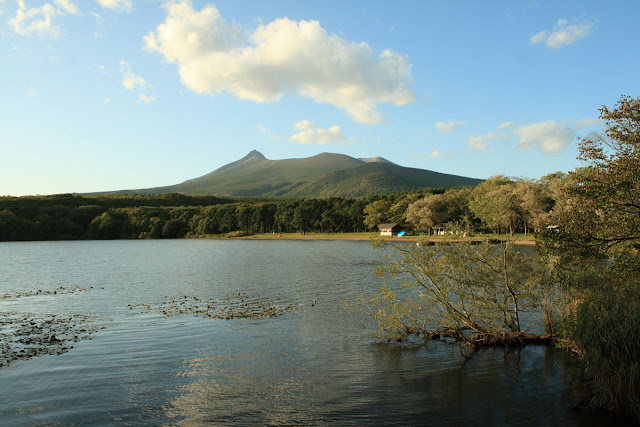 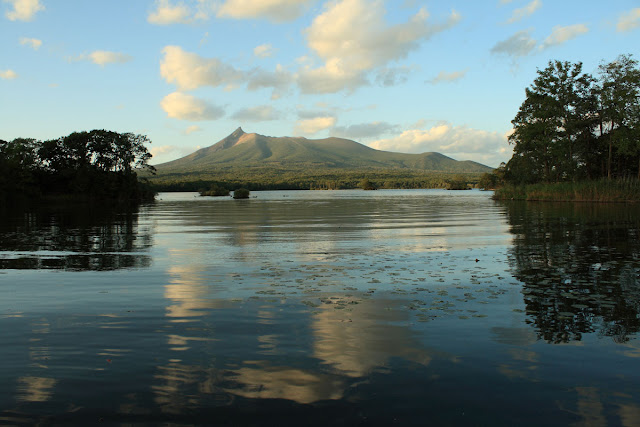 Here a few alternate views of the mountain today. 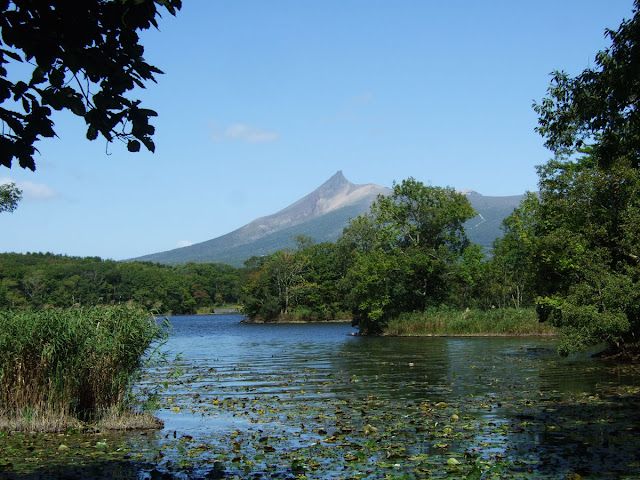 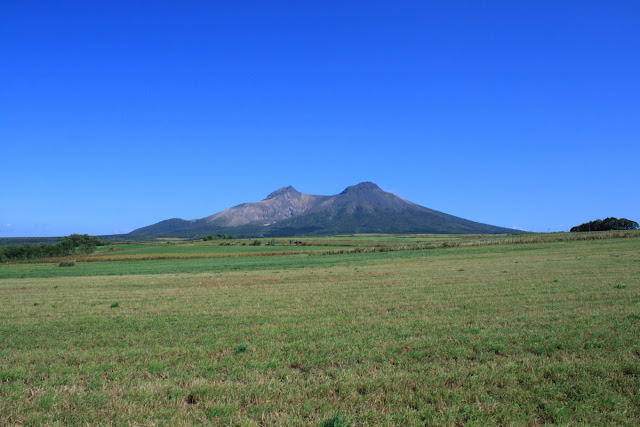 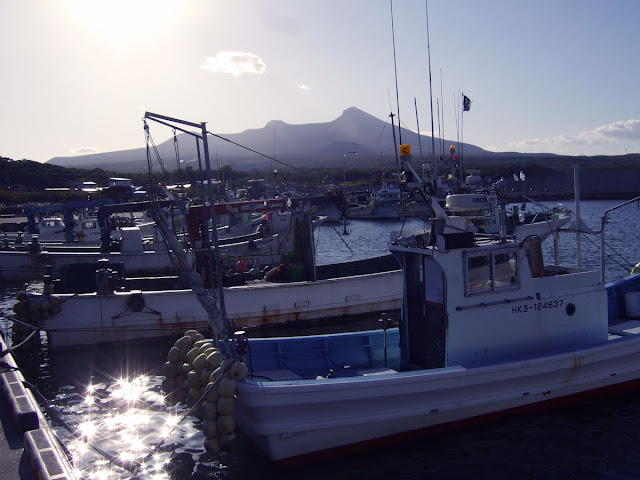 And this is a warning on a local mountain road telling you to watch out for Bears. 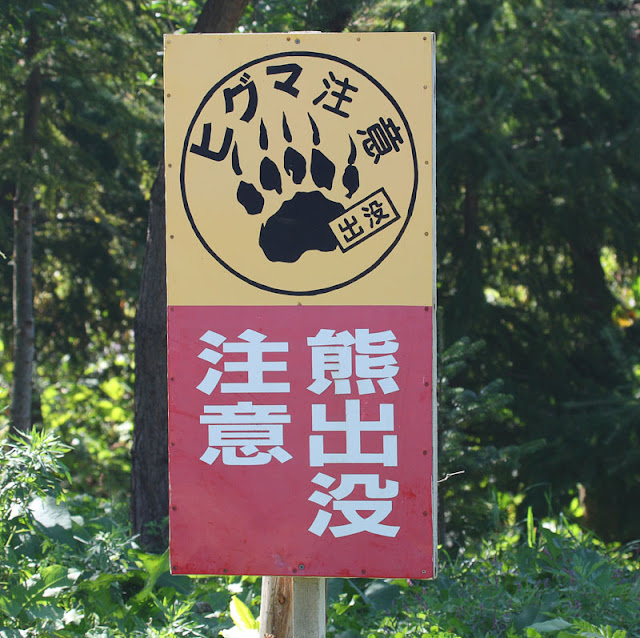 The leaves were showing the first signs of turning up in the mountains. Autumn is a nice season in Hokkaido, much nicer than in England (although England is nicer in Spring than here). Mild clear days and chilly nights mean great views and bright colours. And the first 2 weeks of October are prime migration time, even in the local park and on the crappy little river near my house.

This is where you can give your dog a shower. A bizarre addition to a street corner in the small village of Ono just outside Hakodate. 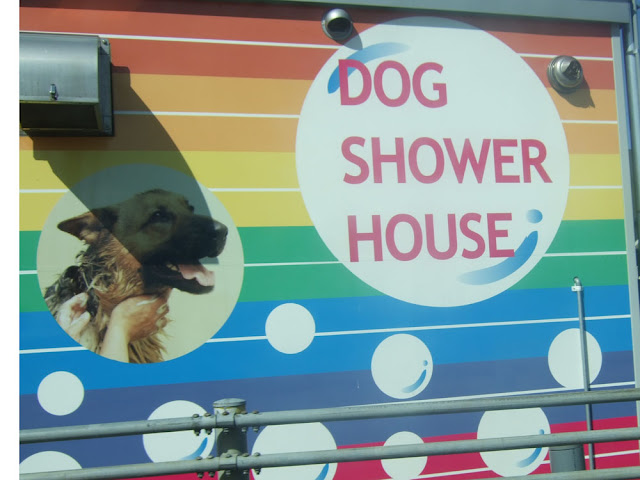 There must literally be some dirty sons of bitches in Ono.