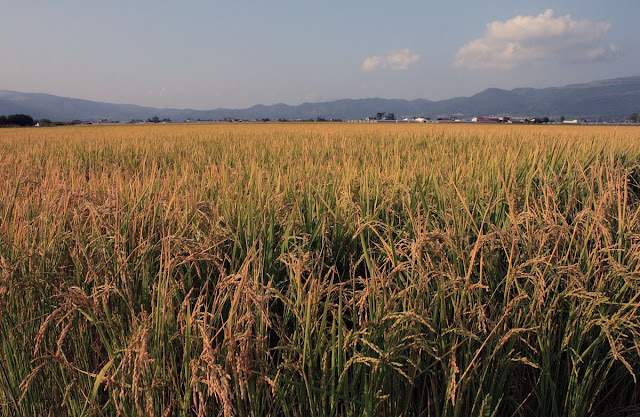 The yellowing ricefields out at Ono this afternoon. This will be my last post when I'm under 40 years old, a sobering thought (and I am indeed sober as I type this).

The beautiful warm clear weather continued the last week but for various reasons I didn't get out much. We went looking for waders at Kamiso again this afternoon and the only one we found was this Grey Tailed Tattler. 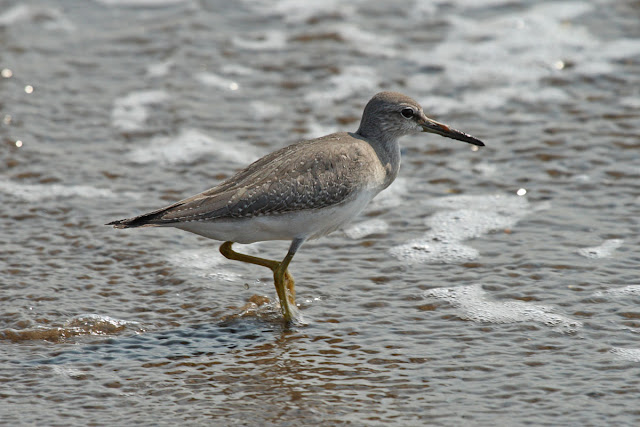 Not a great shot, it wasn't as tame as last week's Stints. 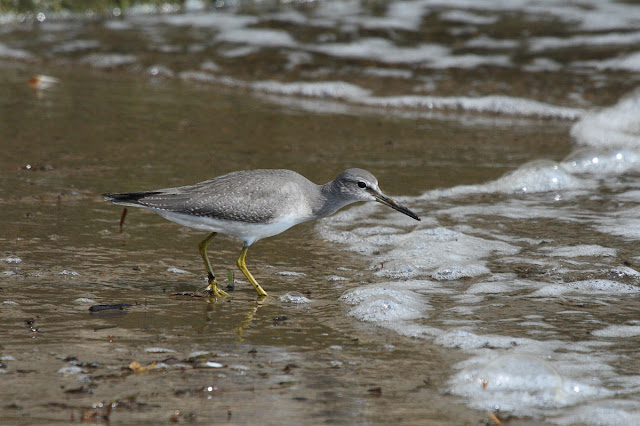 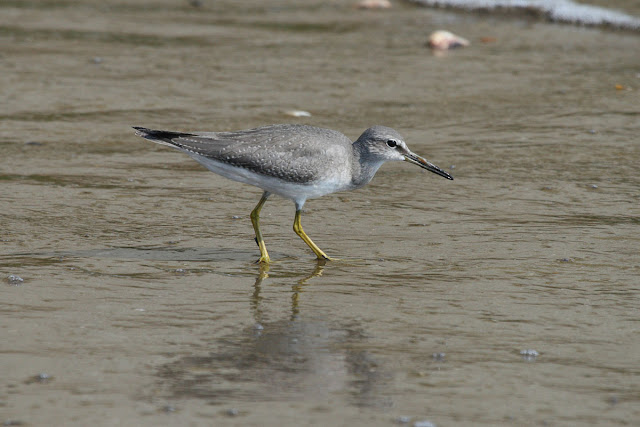 Not much else around to be honest. The main birds in Hakodate recently have been the migrating muscicapa flycatchers. 3 species pass through- Asian Brown (the most common by far), Sooty (pretty scarce) and Grey Streaked (rarest of the 3). They're difficult to get good shots of and they all look pretty similar. Here are 2 lousy heavily cropped record shots. The top one is an Asian Brown and the second one is a Sooty Flycatcher. I think. 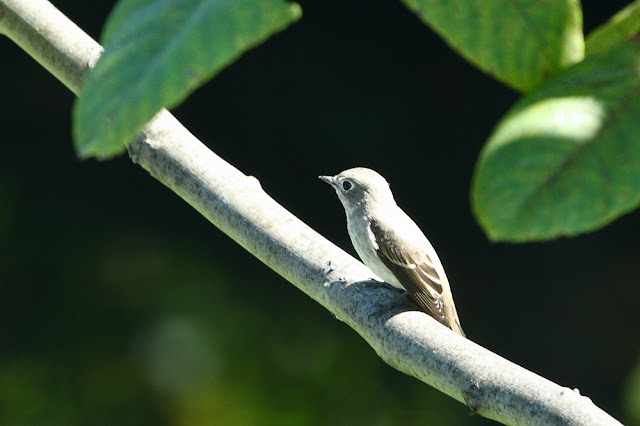 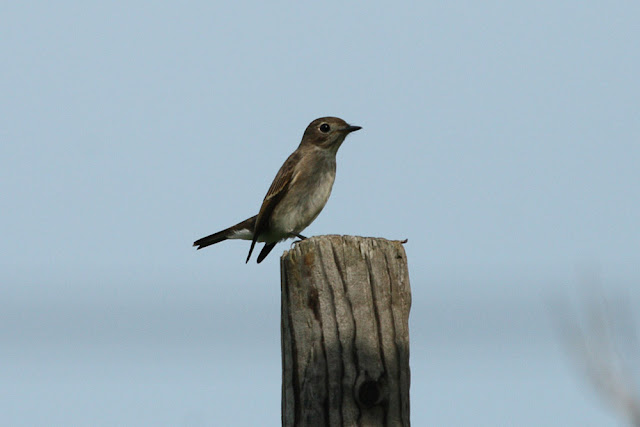 Here are 2 familiar views from Onuma. 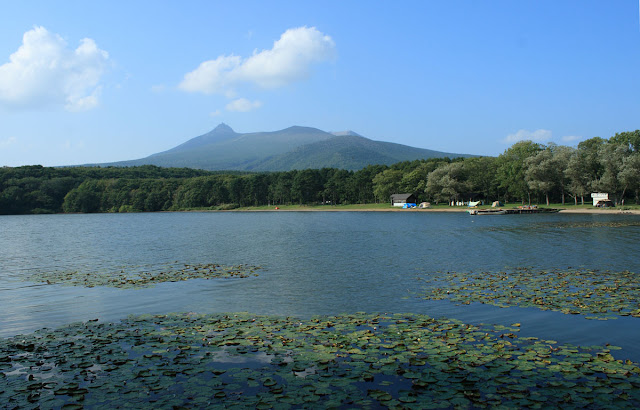 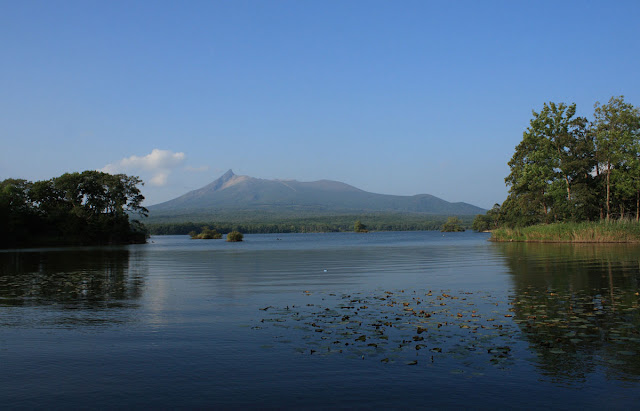 If anyone had told me a week ago that England would thrash Croatia, Liverpool would beat Man Utd (without our 2 best players) and go on to open up their Champions League campaign with an away win against tricky opposition............I would have said they were f***ing crazy.

So I'm 40 on Saturday. A bit of a downer. It'll be a low-key affair, dinner and a few beers with about half a dozen people. I remember turning 30. It was a Sunday and I flew from Manchester to Thailand. I'd gone out the night before with a friend who lived in Manchester so my 30th birthday was sat on economy class on China Airlines hungover as hell and (due to time differences) by the time I arrived in Thailand my birthday had already finished...............