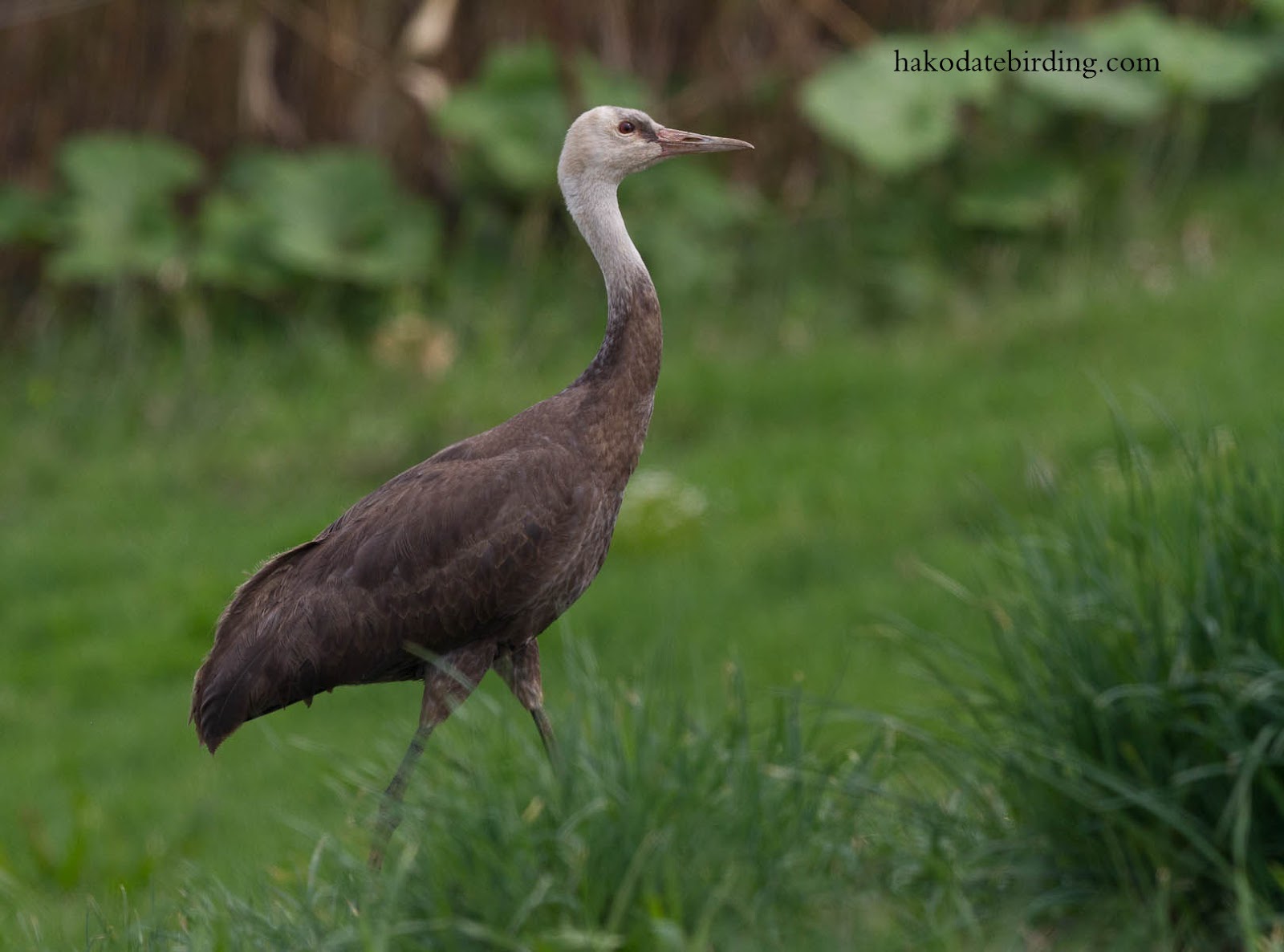 
It was a bit foggy today, not great for pictures. There were a few waders around, mainly Grey Tailed Tattlers like these at Oshamanbe. 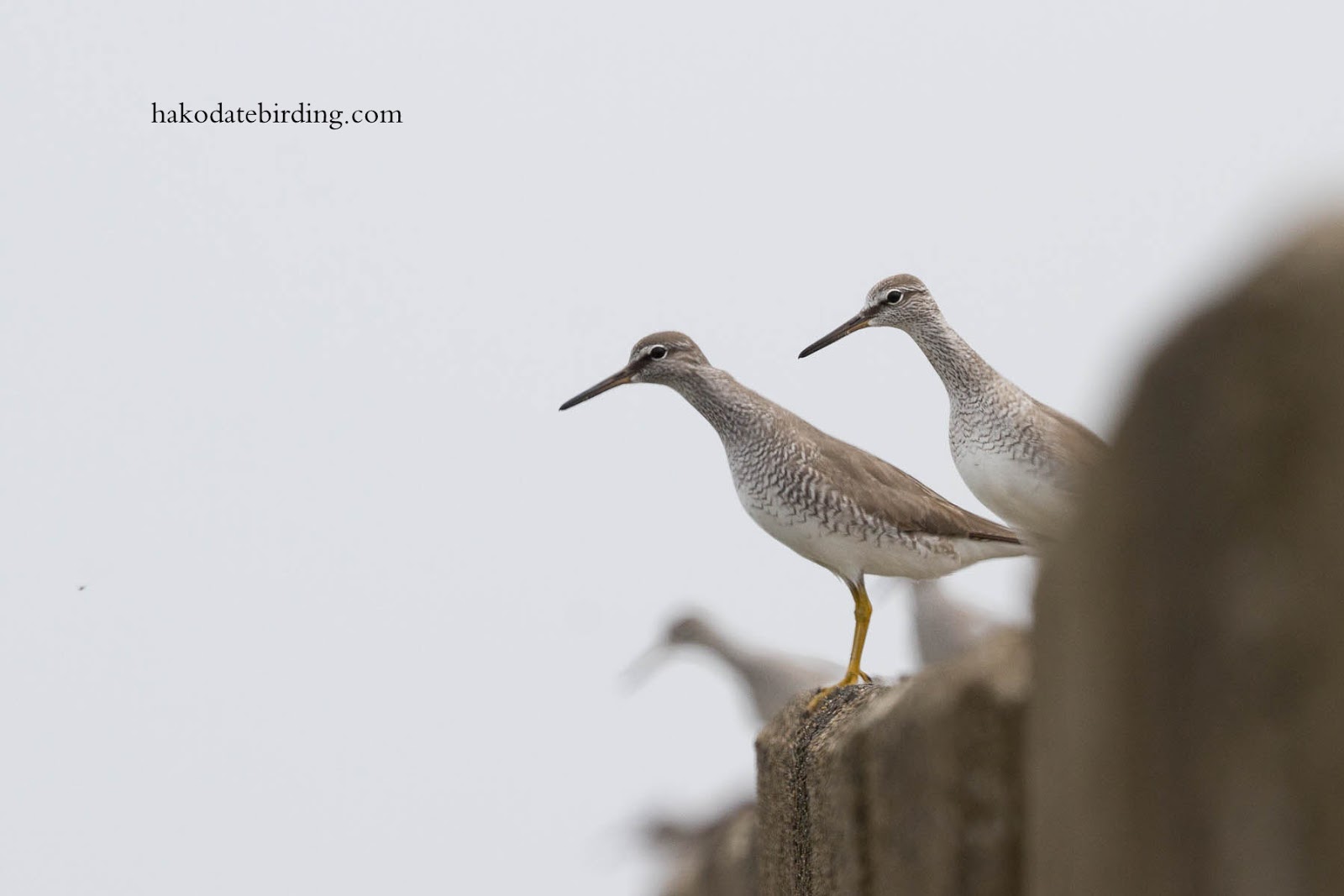 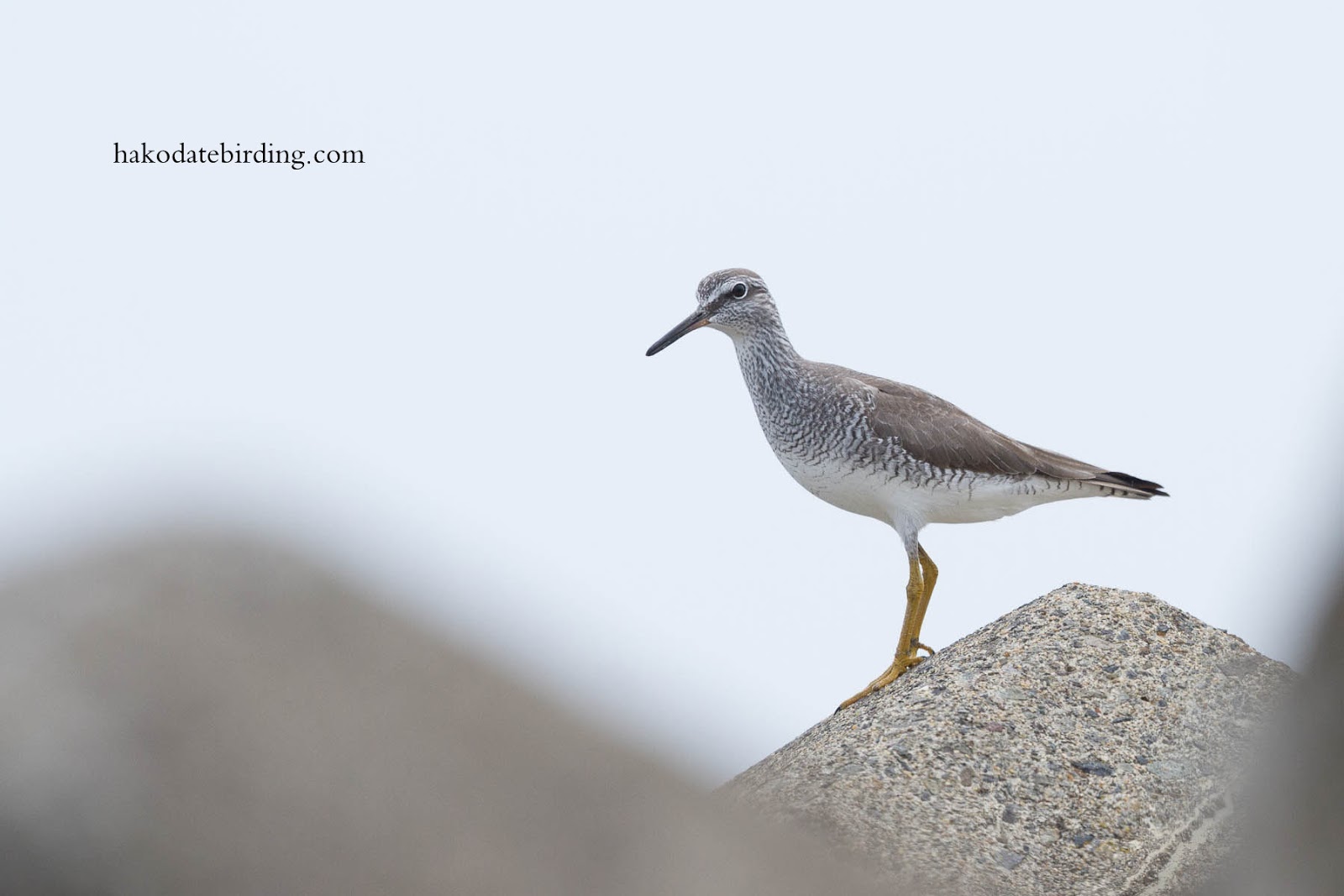 There were some summer plumage Dunlin around too and at Yakumo there was one Black Winged Stilt. Little Ringed Plover and a small flock of Red Necked Stint. The Crane was probably the same one we saw last autumn. Had it stayed all winter in the area?

It was difficult to get a good shot of it this time, with the fog, poor light and busy background. 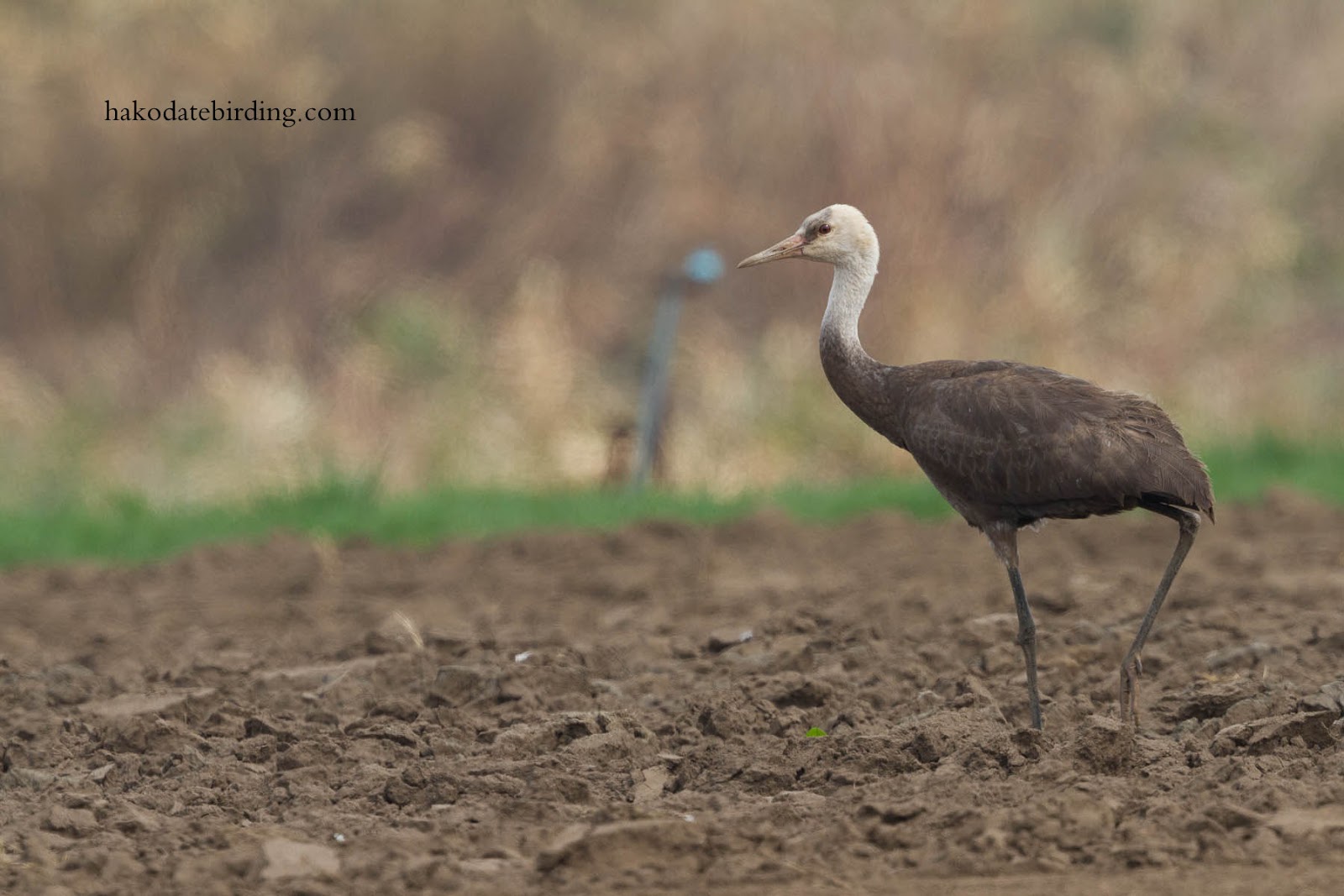 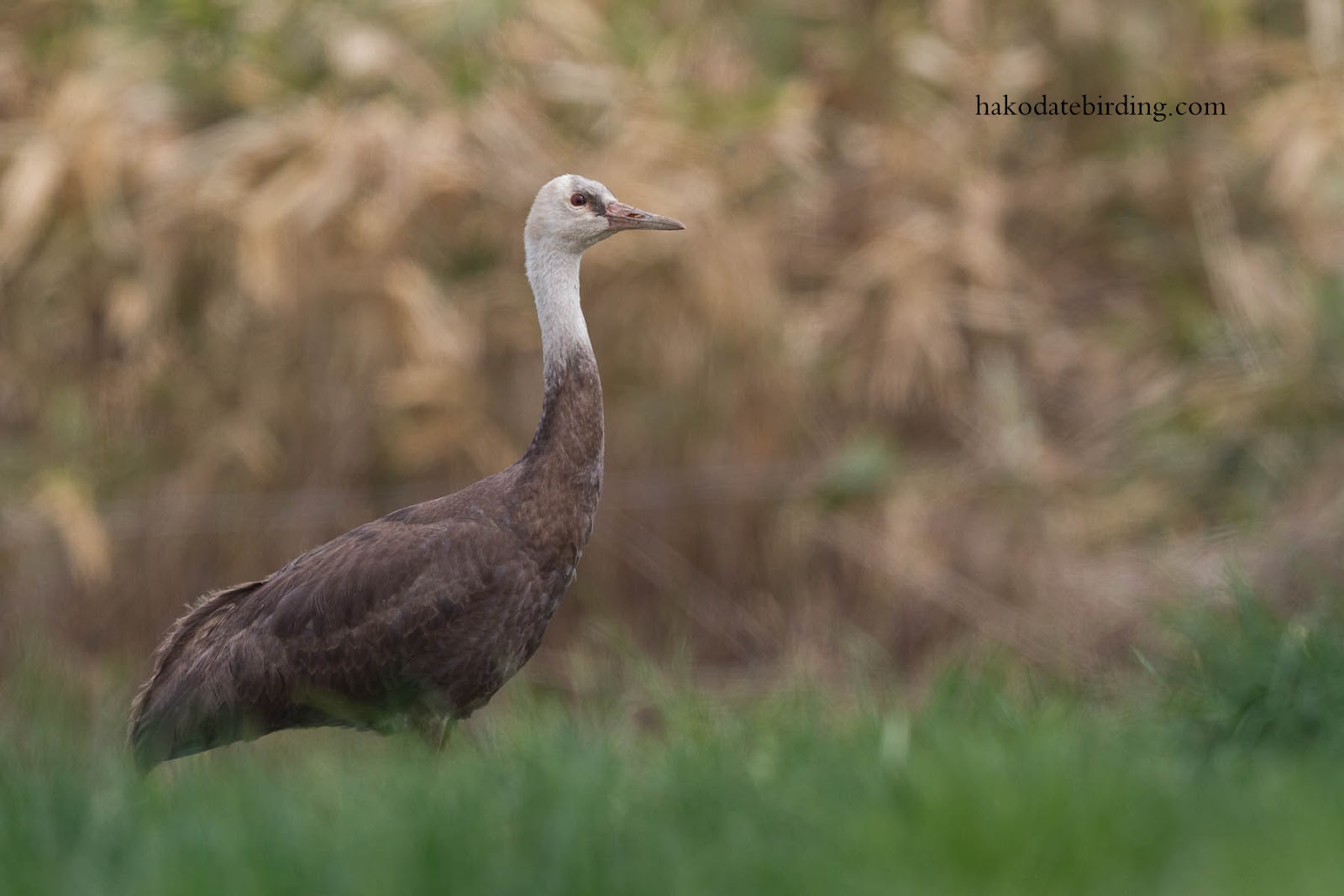 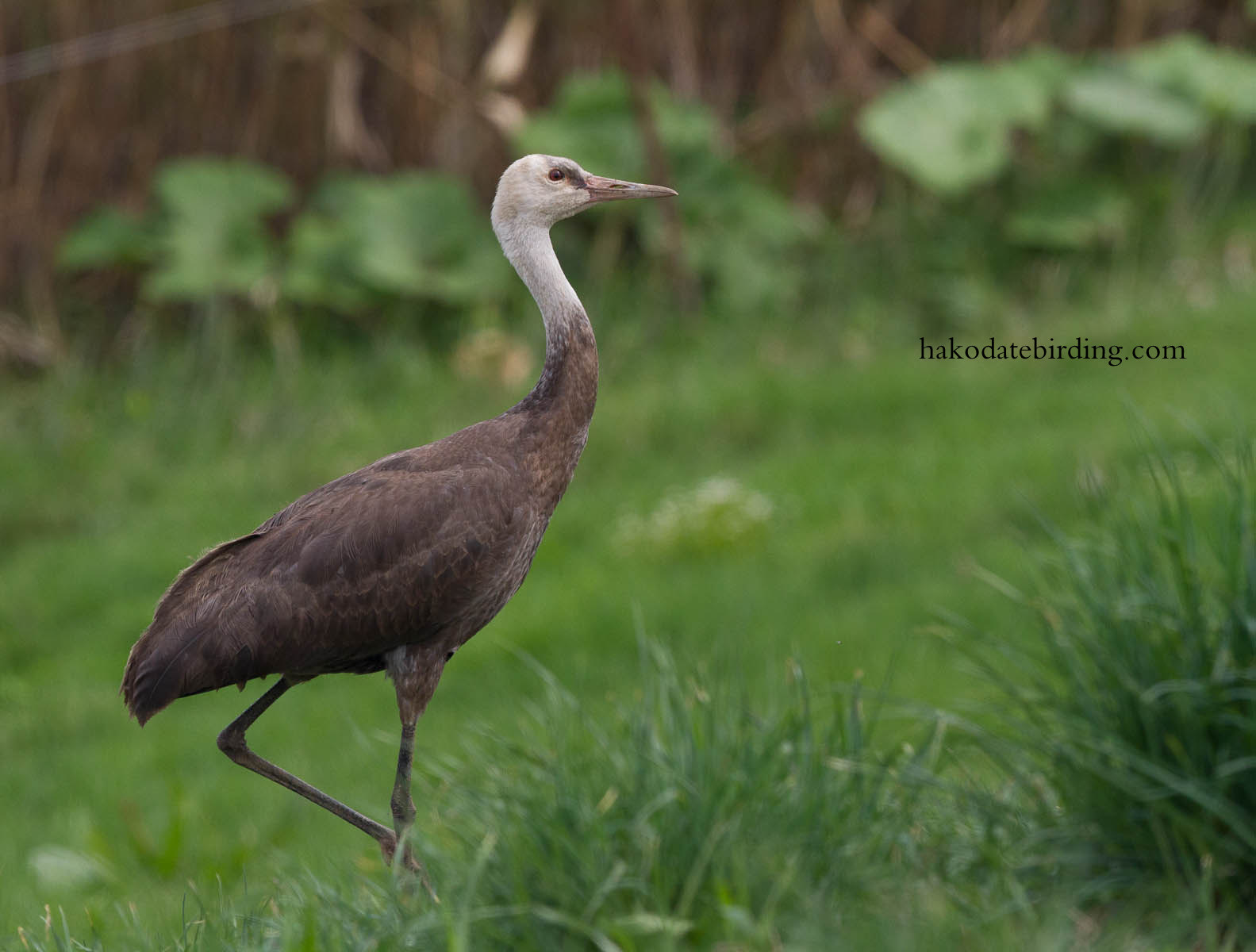 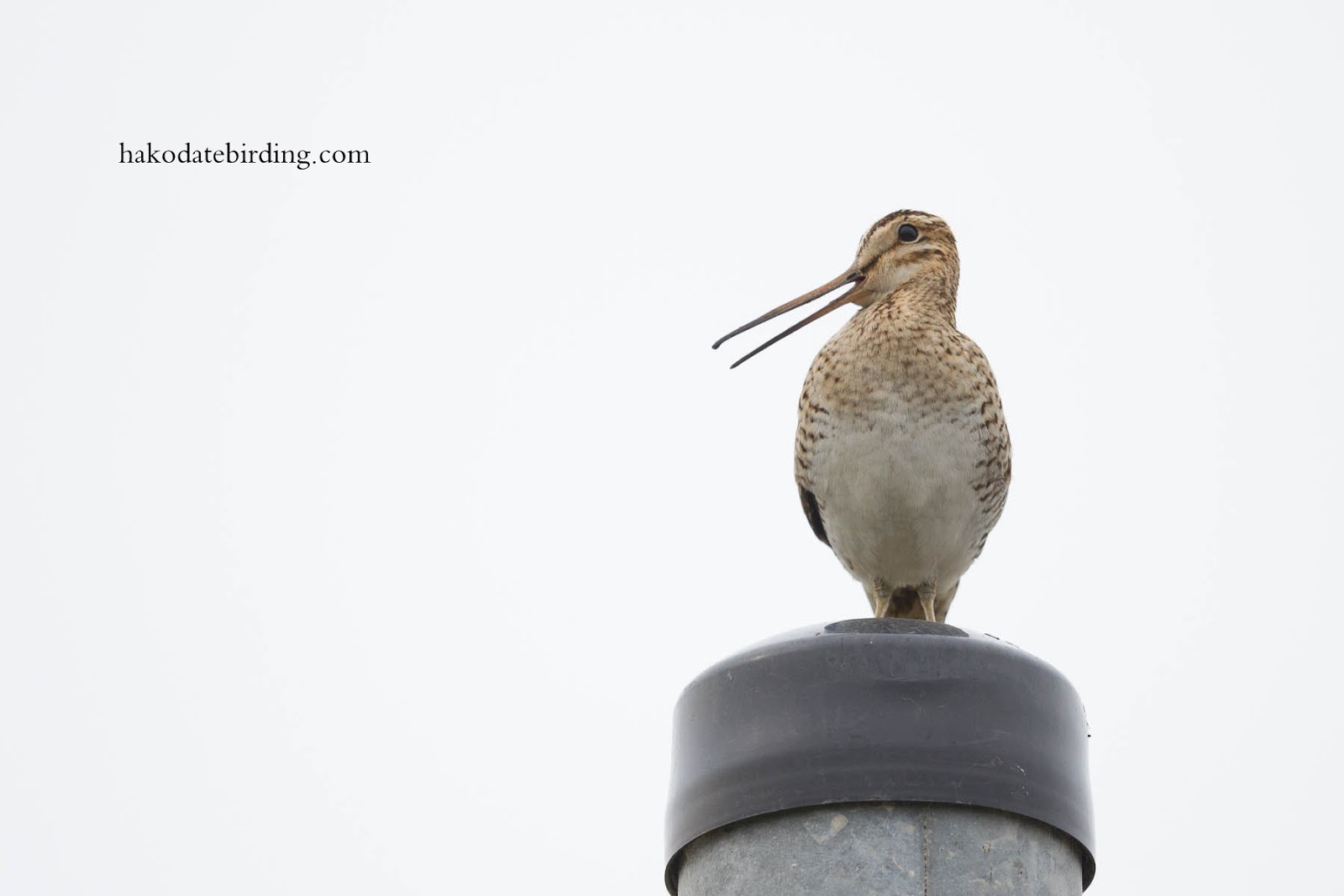 Usually the second week of May is one of the peak birding times of the year (indeed the best week) but 2014 was a huge disappointment compared to previous years. A few warblers and flycatchers passed through town last week but not in any great numbers (and none near the camera). I can't complain after the winter Gyrfalcon and Crossbills but still it's a bit weird. Did the birds pass through unnoticed when I was working? Are there less birds than usual? Are they avoiding Hakodate for some unknown reason?