Some Gyr BIFs, BOTs and BOPs 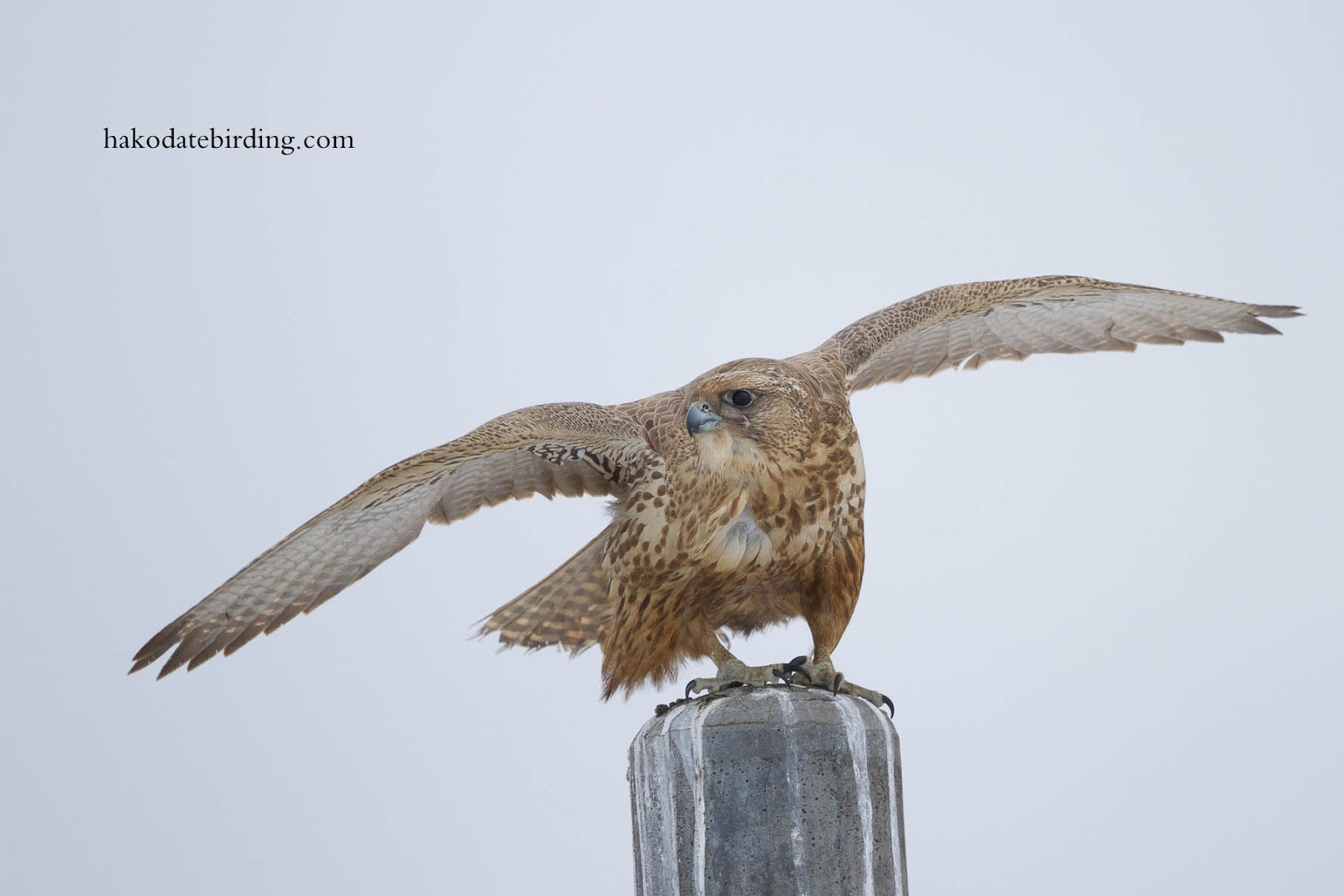 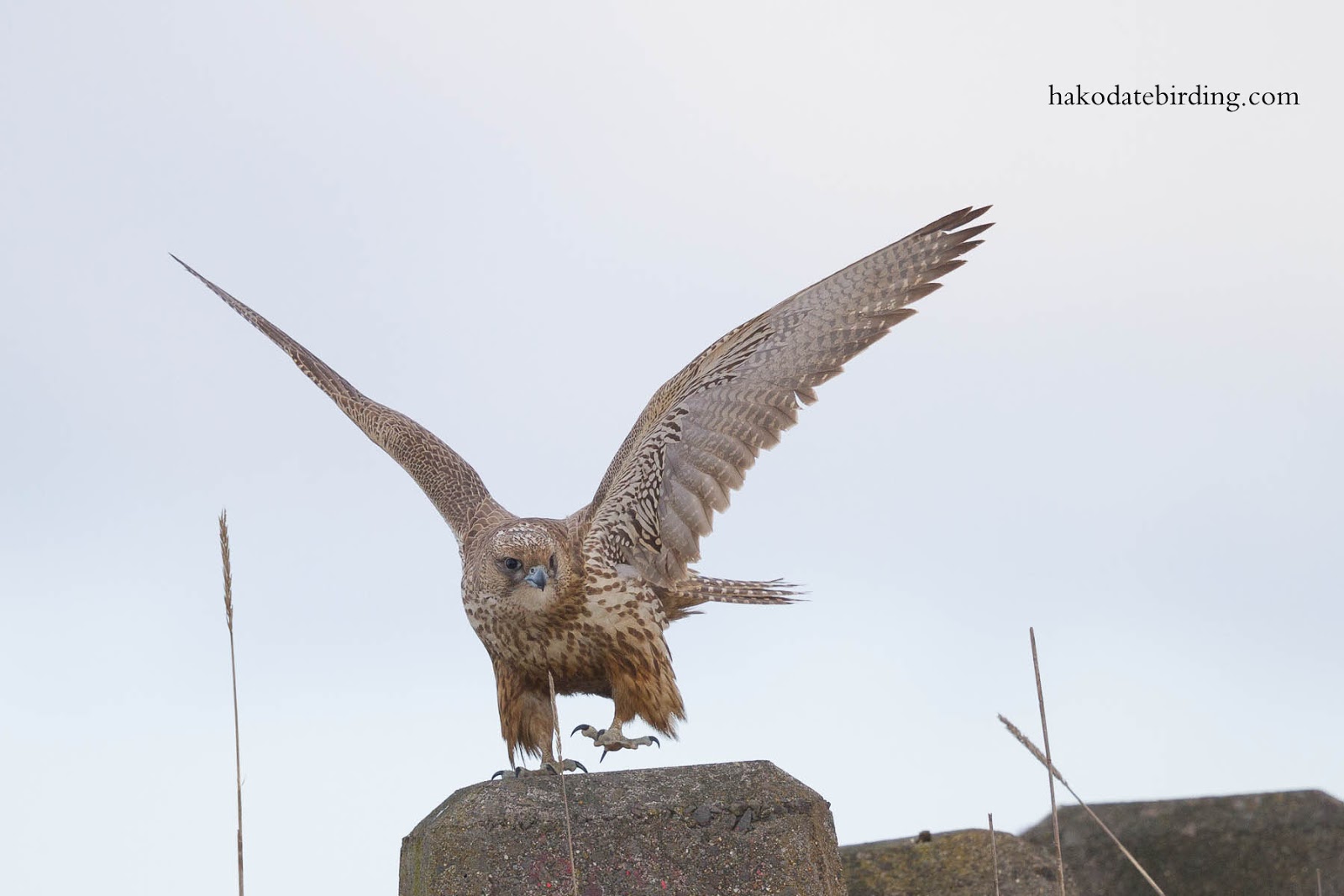 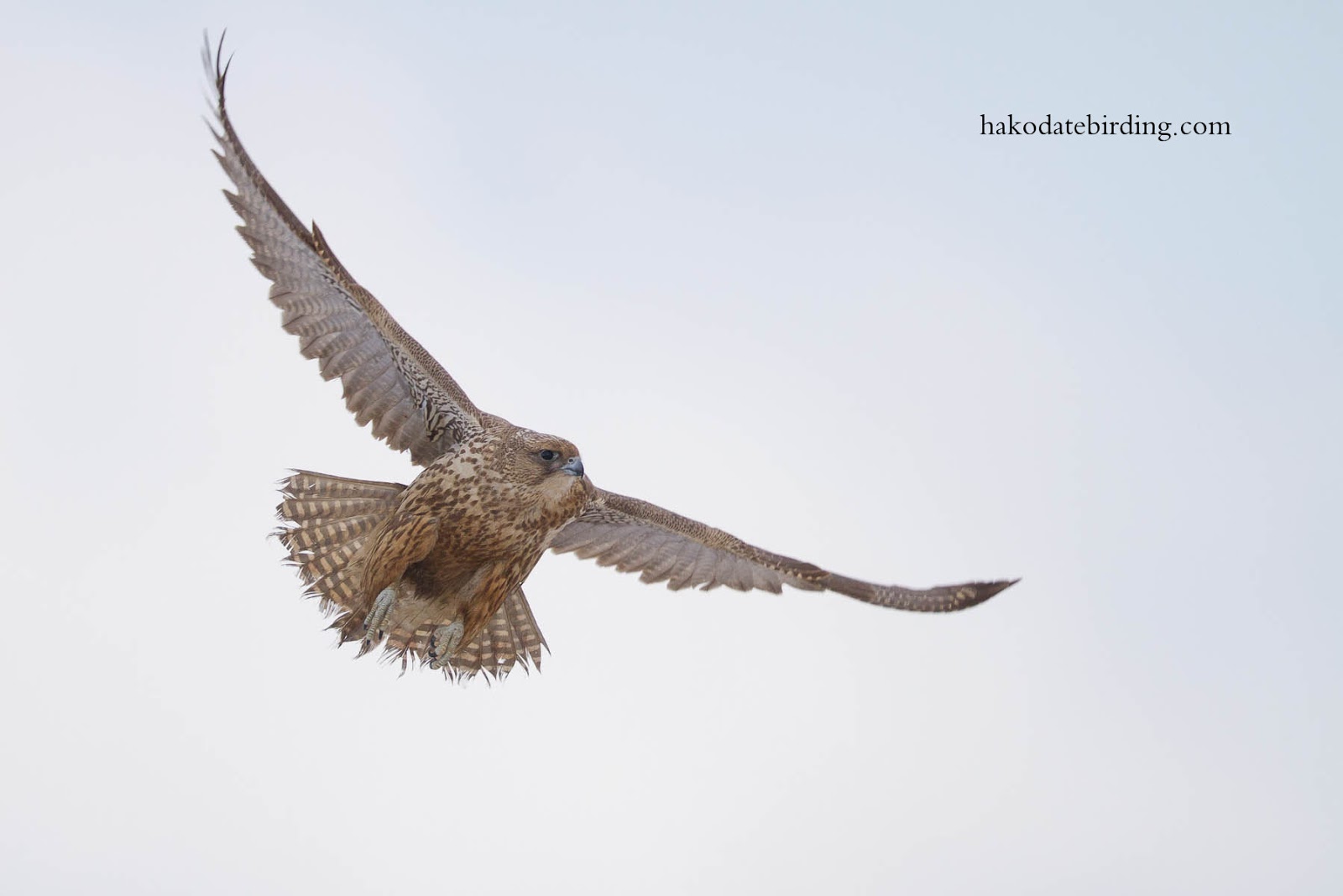 The Gyrfalcon in flight, on a post and on a tetrapod.

BIF= 'Bird in flight' in case you were wondering.

After doing nothing all afternoon in brilliant light as soon as the clouds came and the skies darkened the Gyrfalcon became very active..................

At first it perched atop the small lighthouse (a 'BOL' I guess). 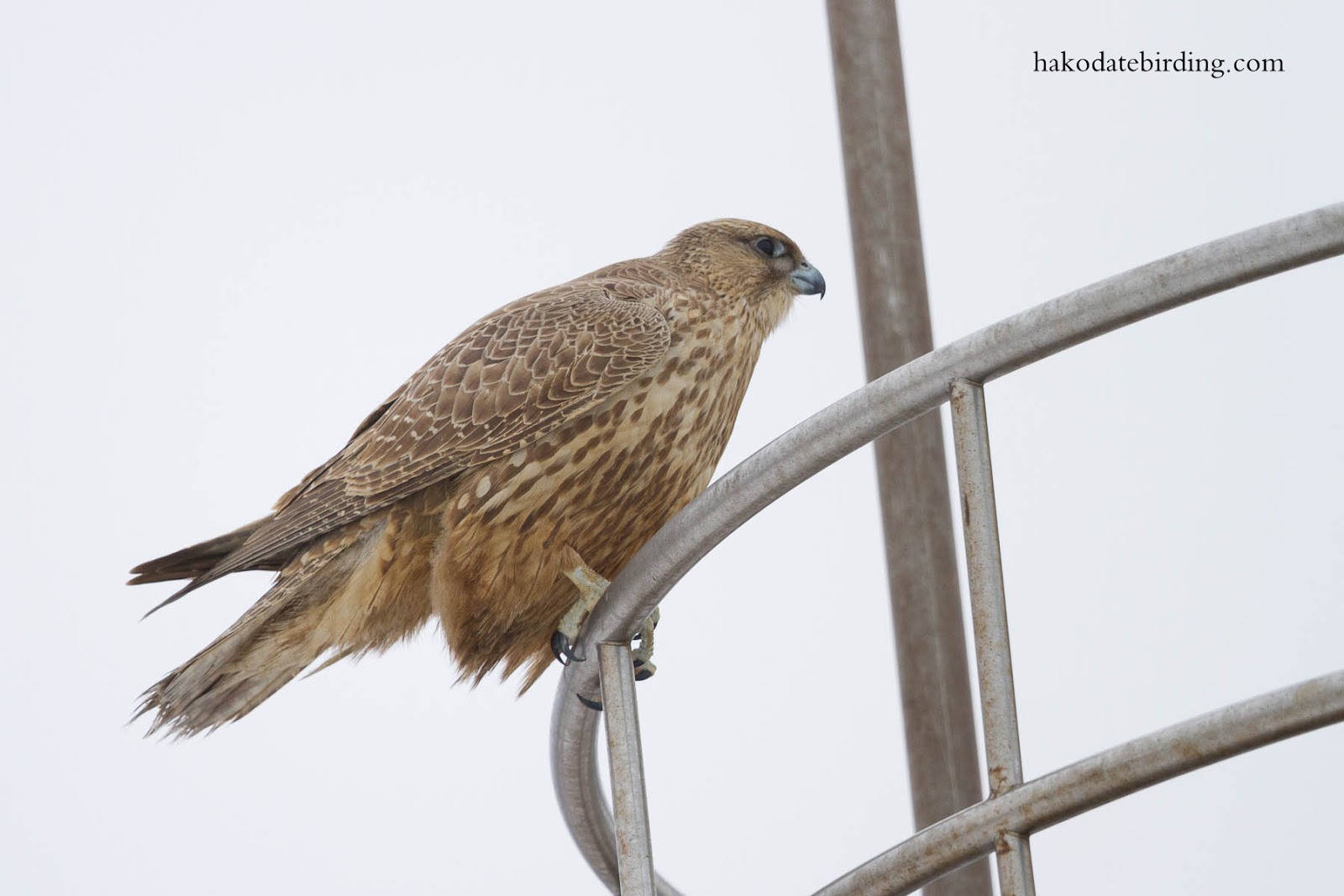 It then flew around and ended up on an electrical pole (a' BOP'). 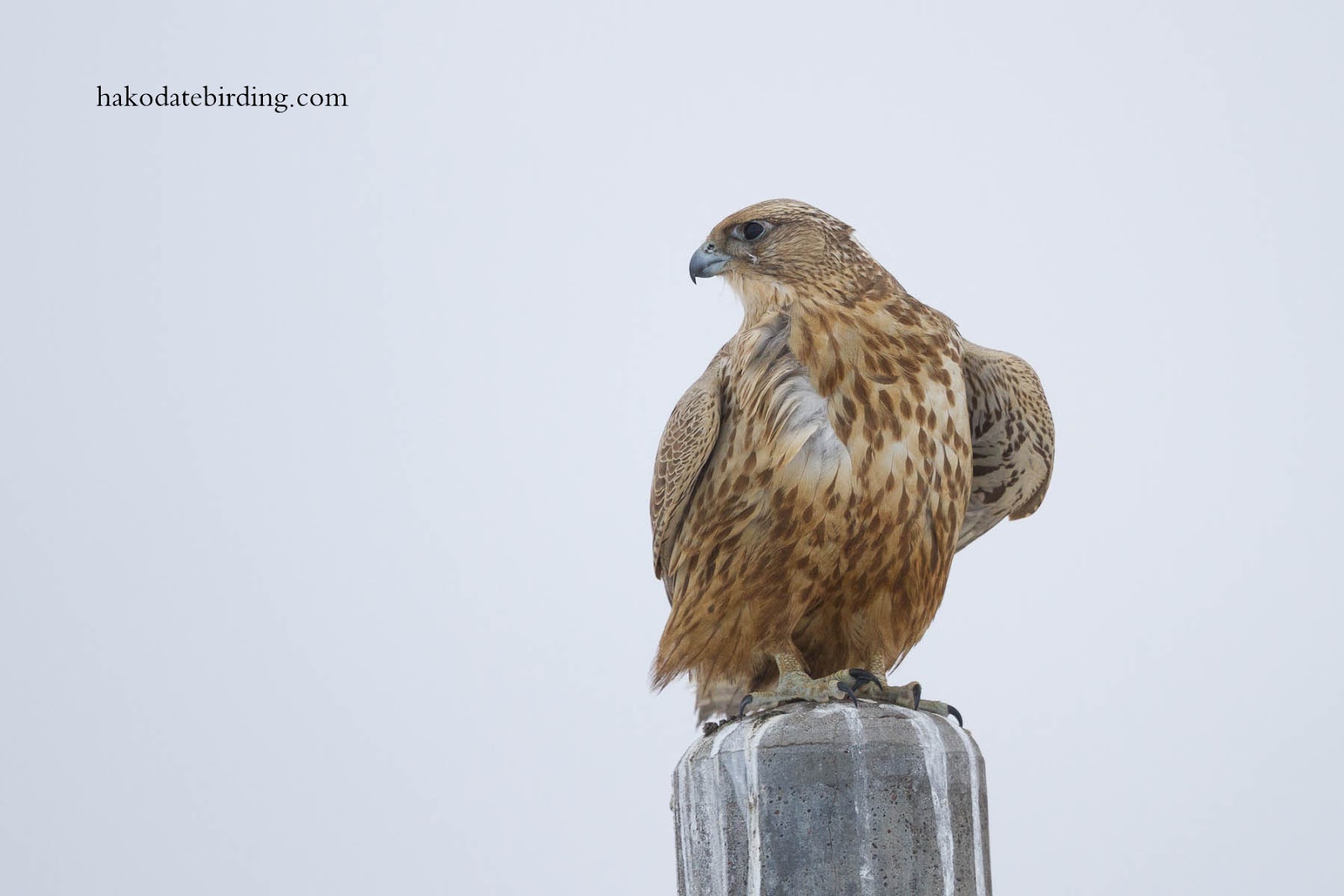 Despite stepping back the 500mm was too much reach as it flew off, like I said last time up close it is not always the best choice for BIF shots. 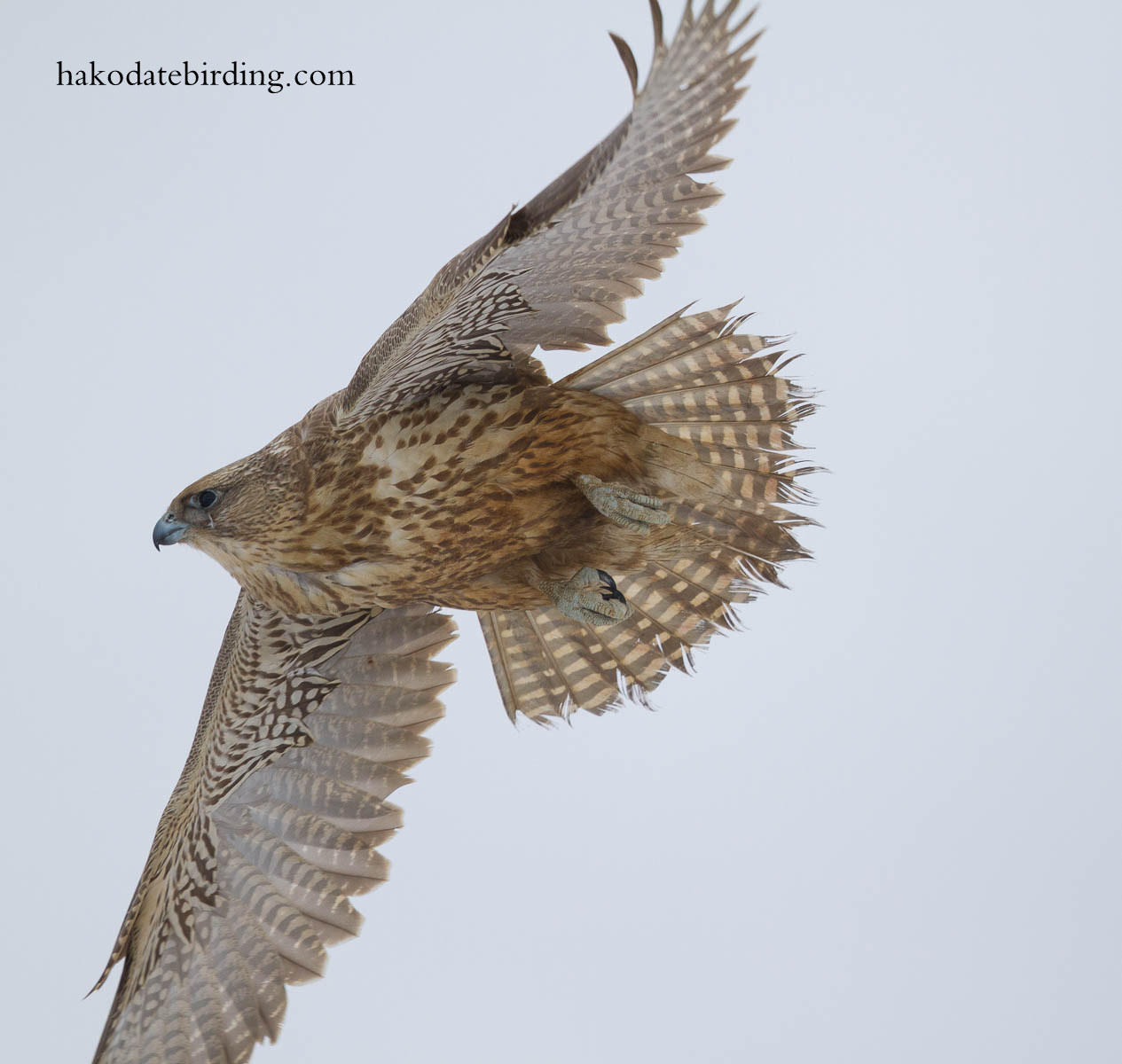 It flew a short distance away and this time I stayed my distance. 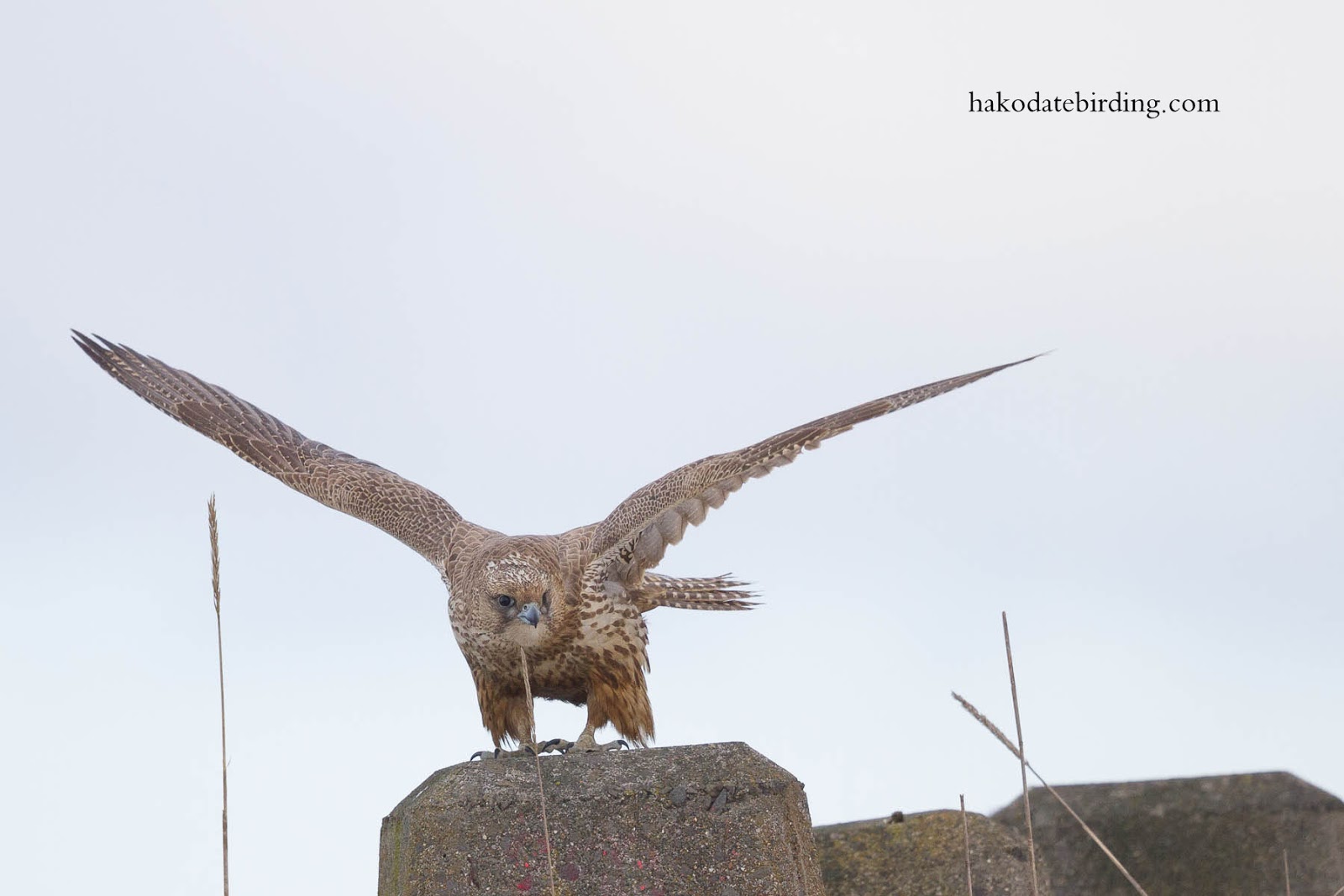 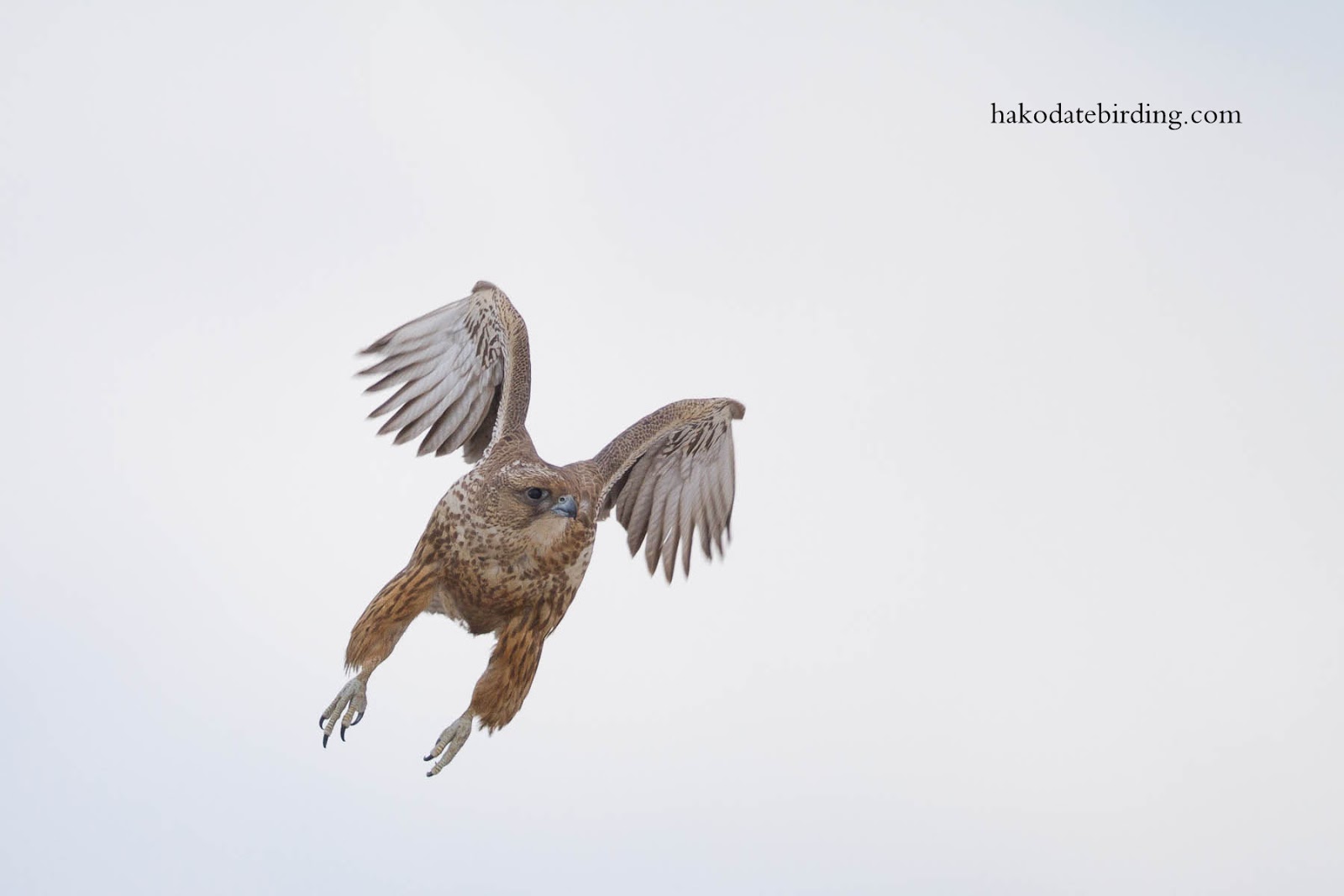 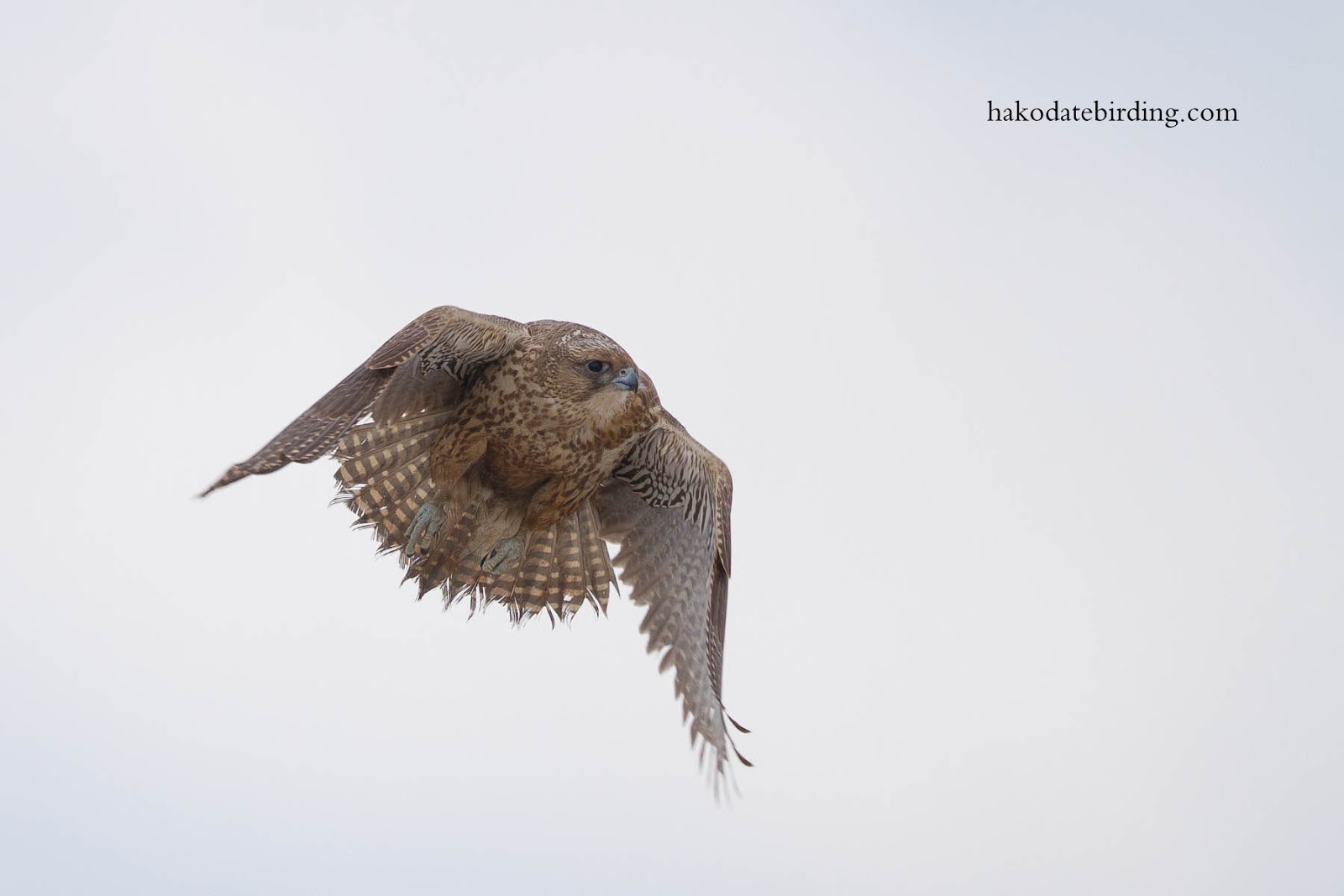 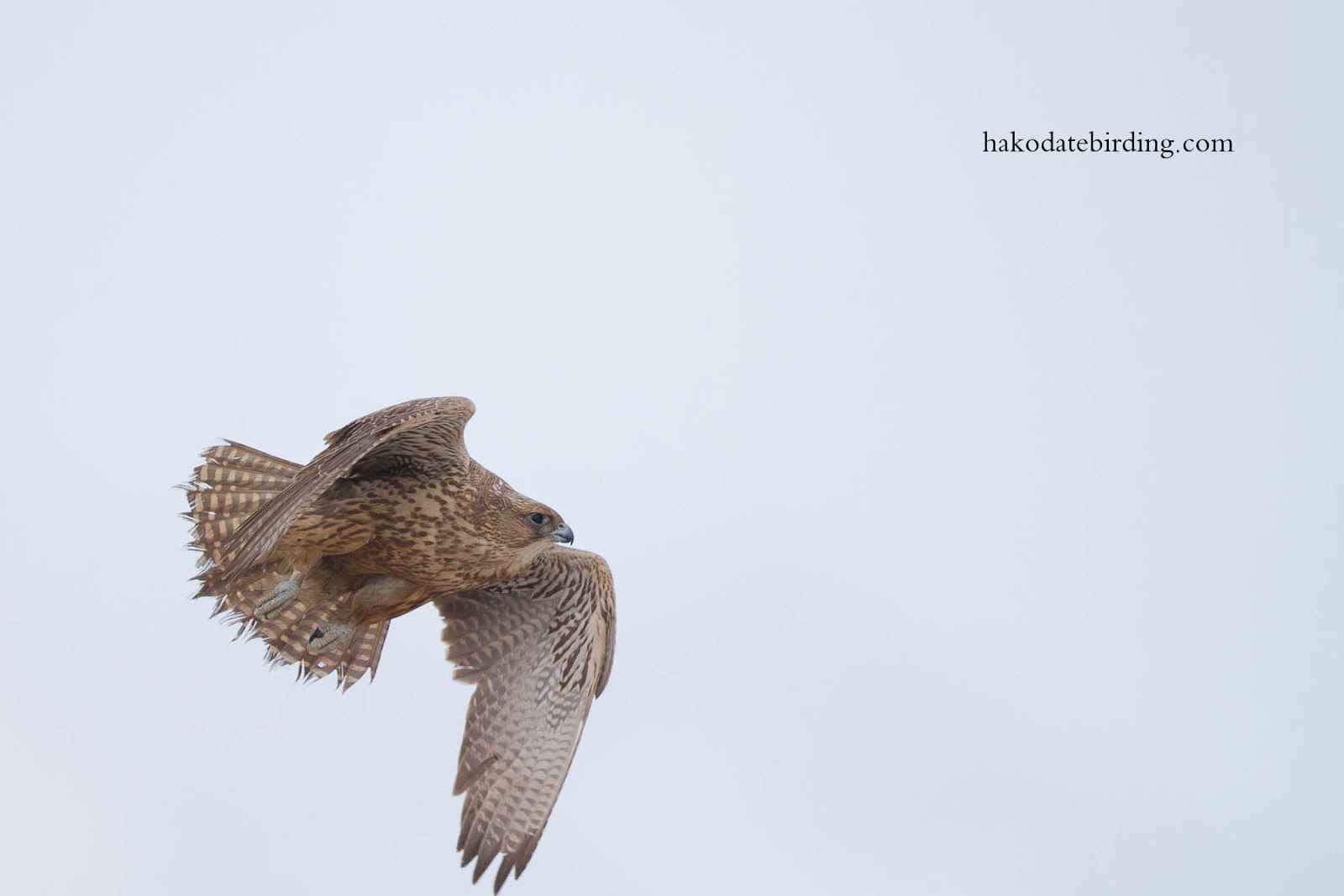 It settled down yet again, this time on a tetrapod (a 'BOT'). 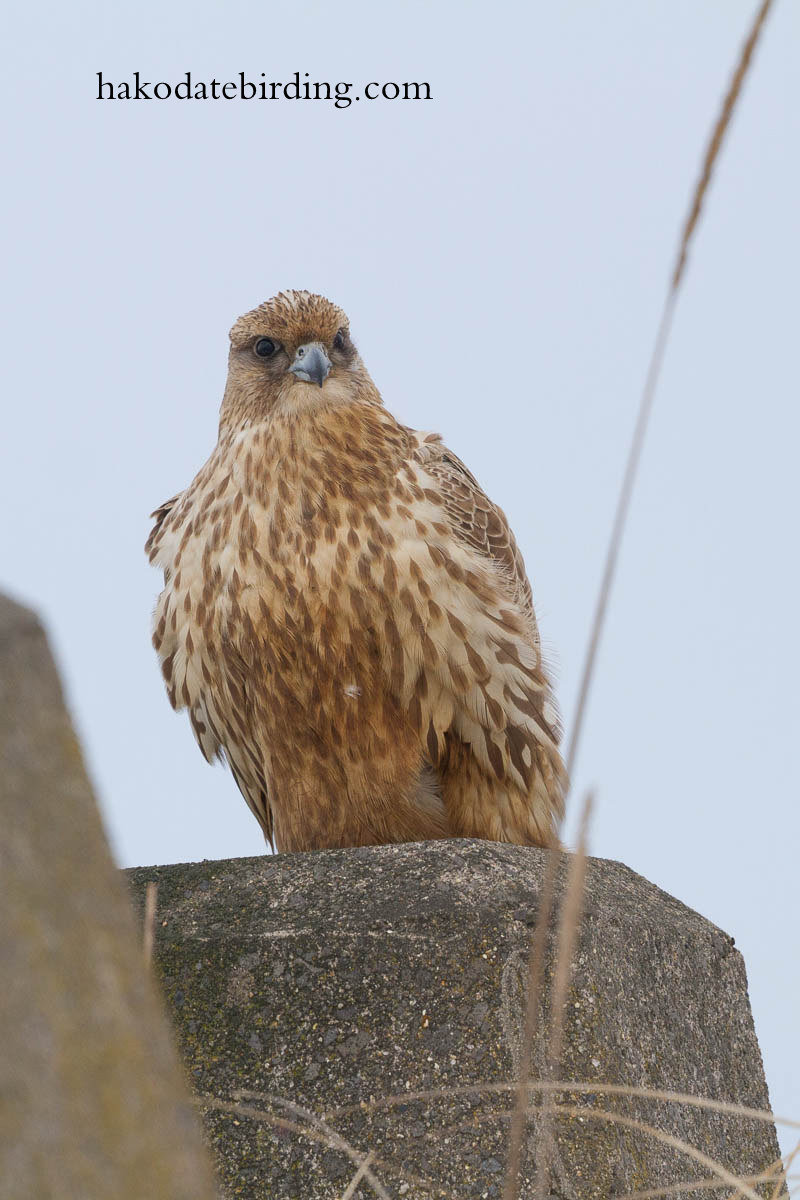 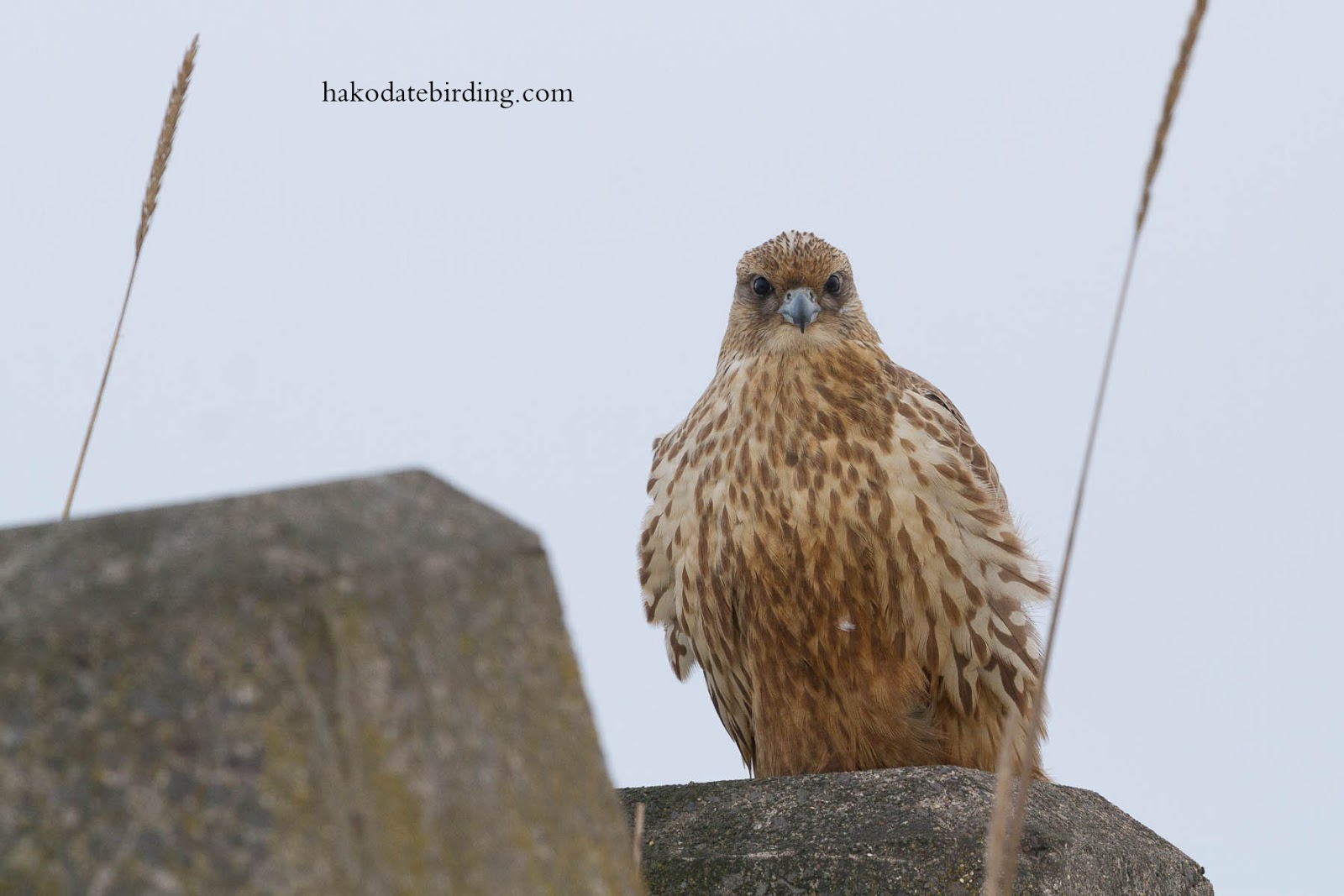 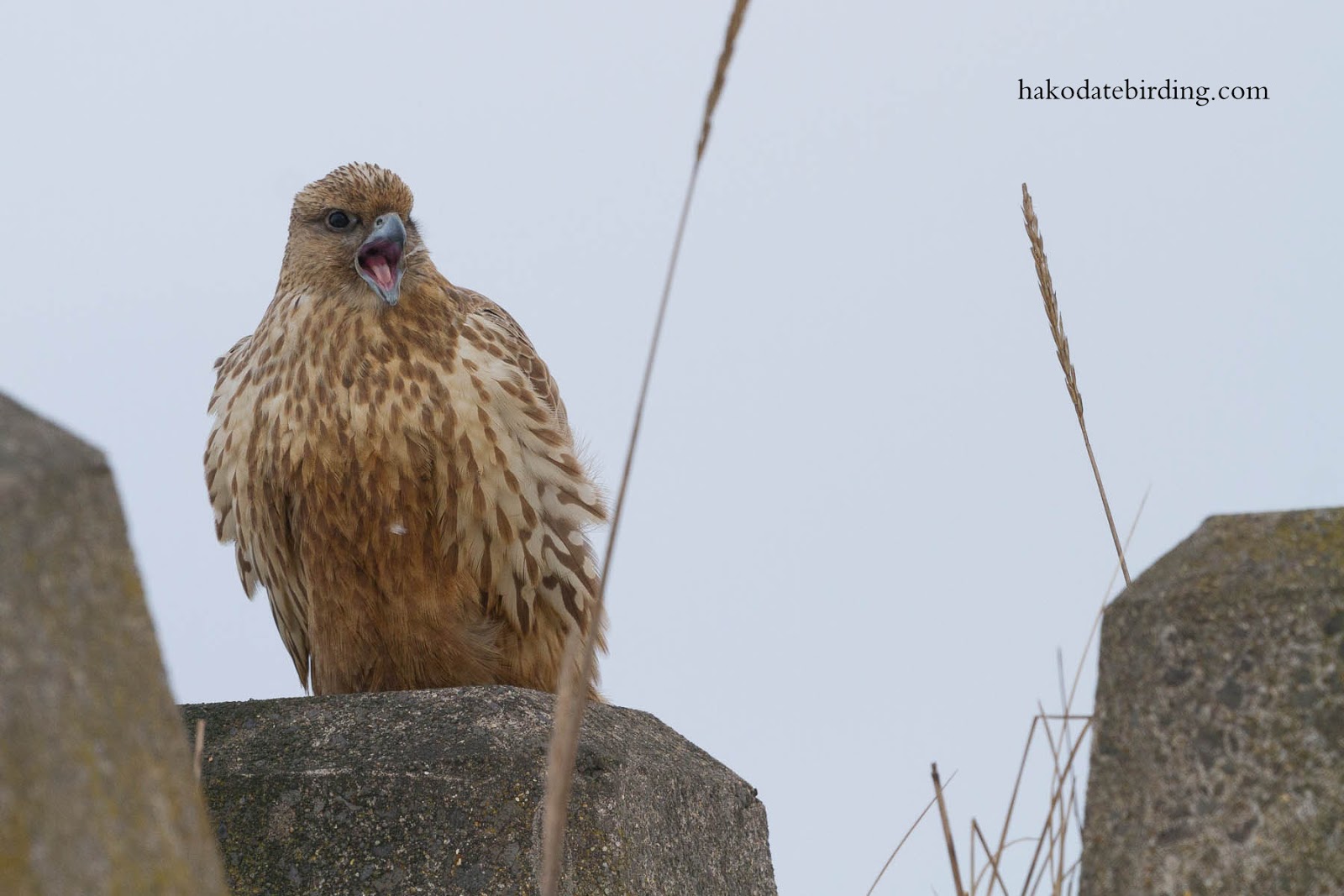 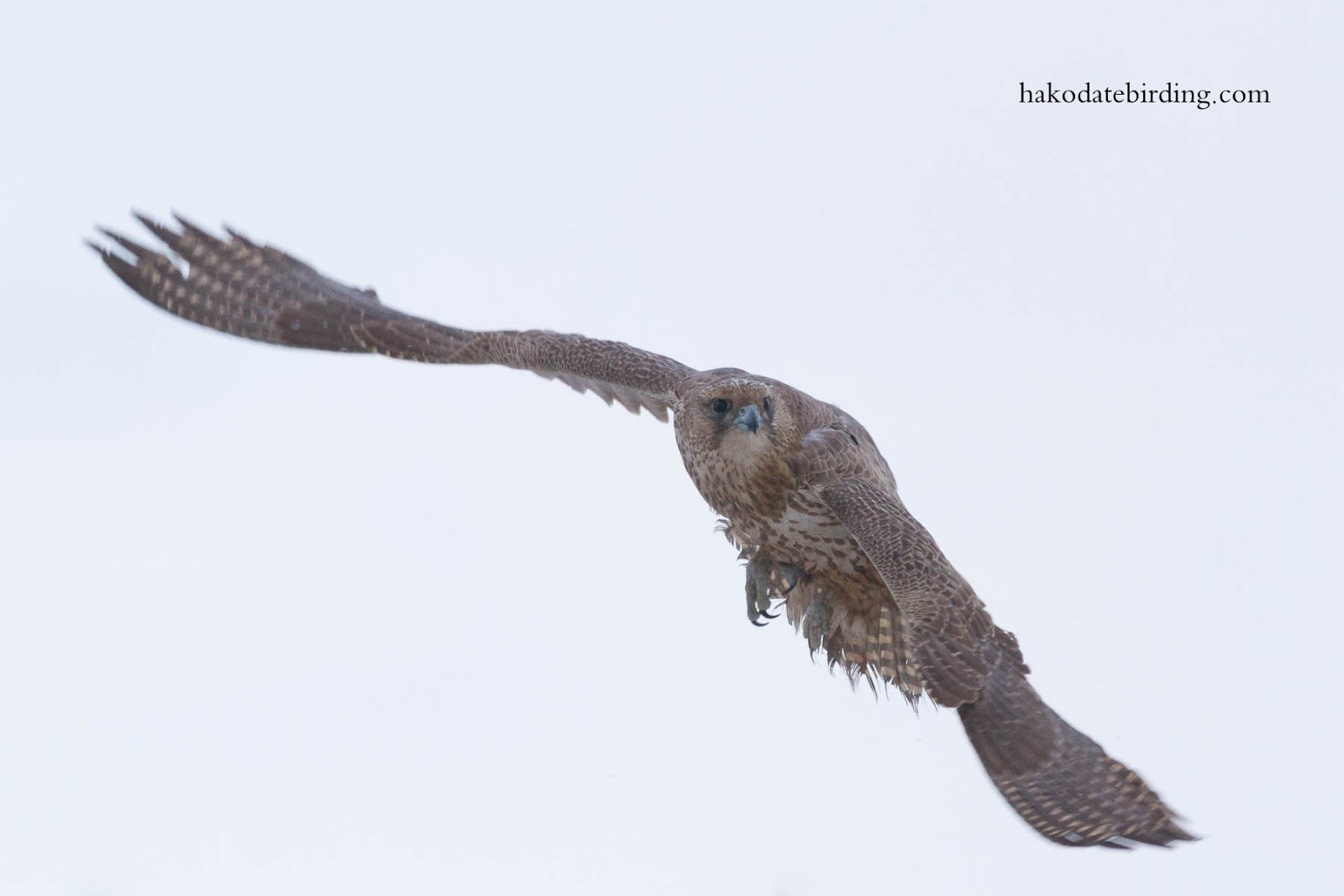 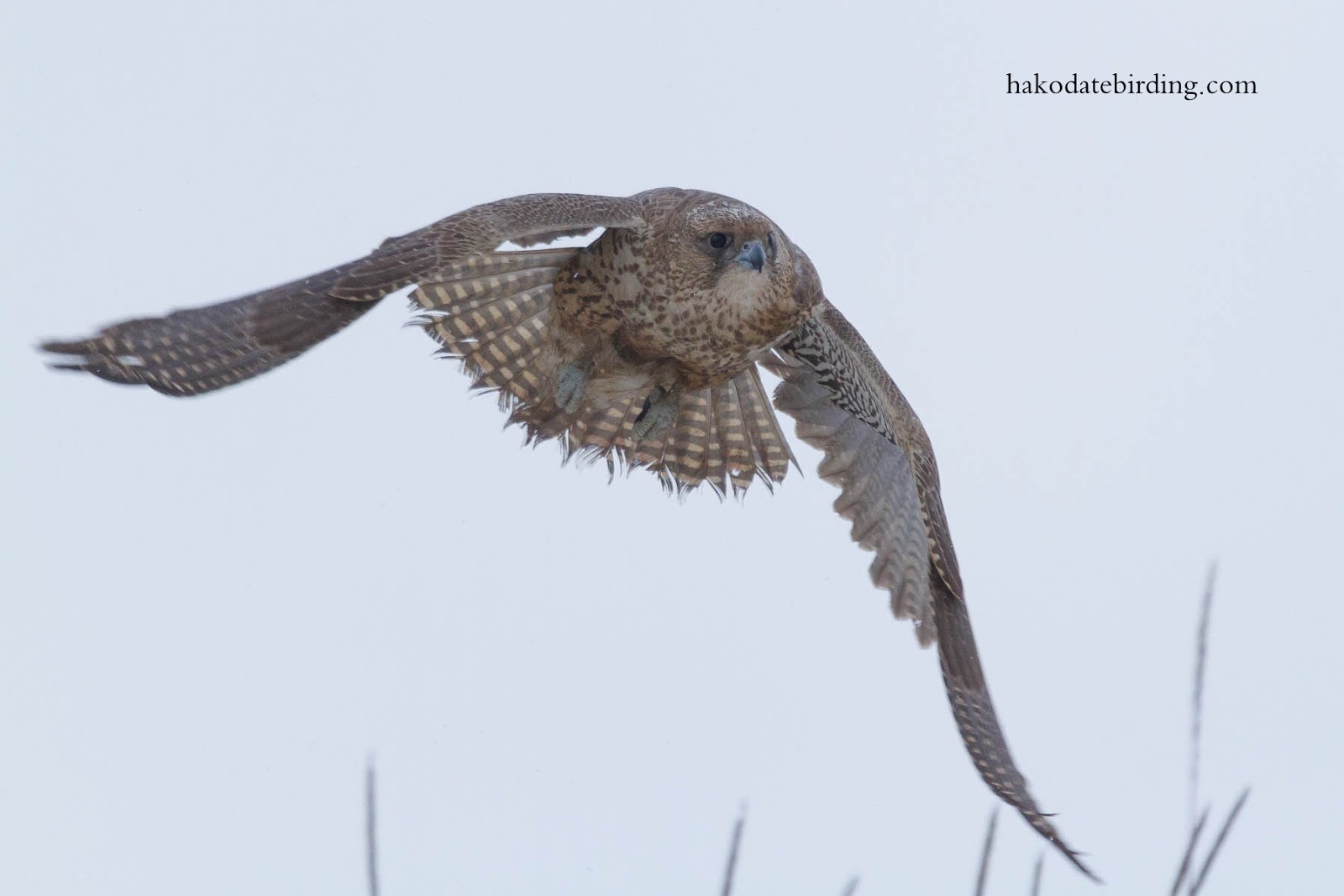 I may not get to Sawara for a while now, probably at least 3 weeks. I hope it is still there then. I want a shot of it feeding on the bloody carcass of a bird (not a stolen piece of fish like last time) and I'm still striving for better BIFs..................

Well if I don't see it again this season I hope it comes back next winter in beautiful white plumage.