A Stellers Sea Eagle in Yakumo today. I managed to get some nice BIFs ('Bird in Flight' pictures) although inevitably a lot of them look rather similar. Well nearly identical in fact. 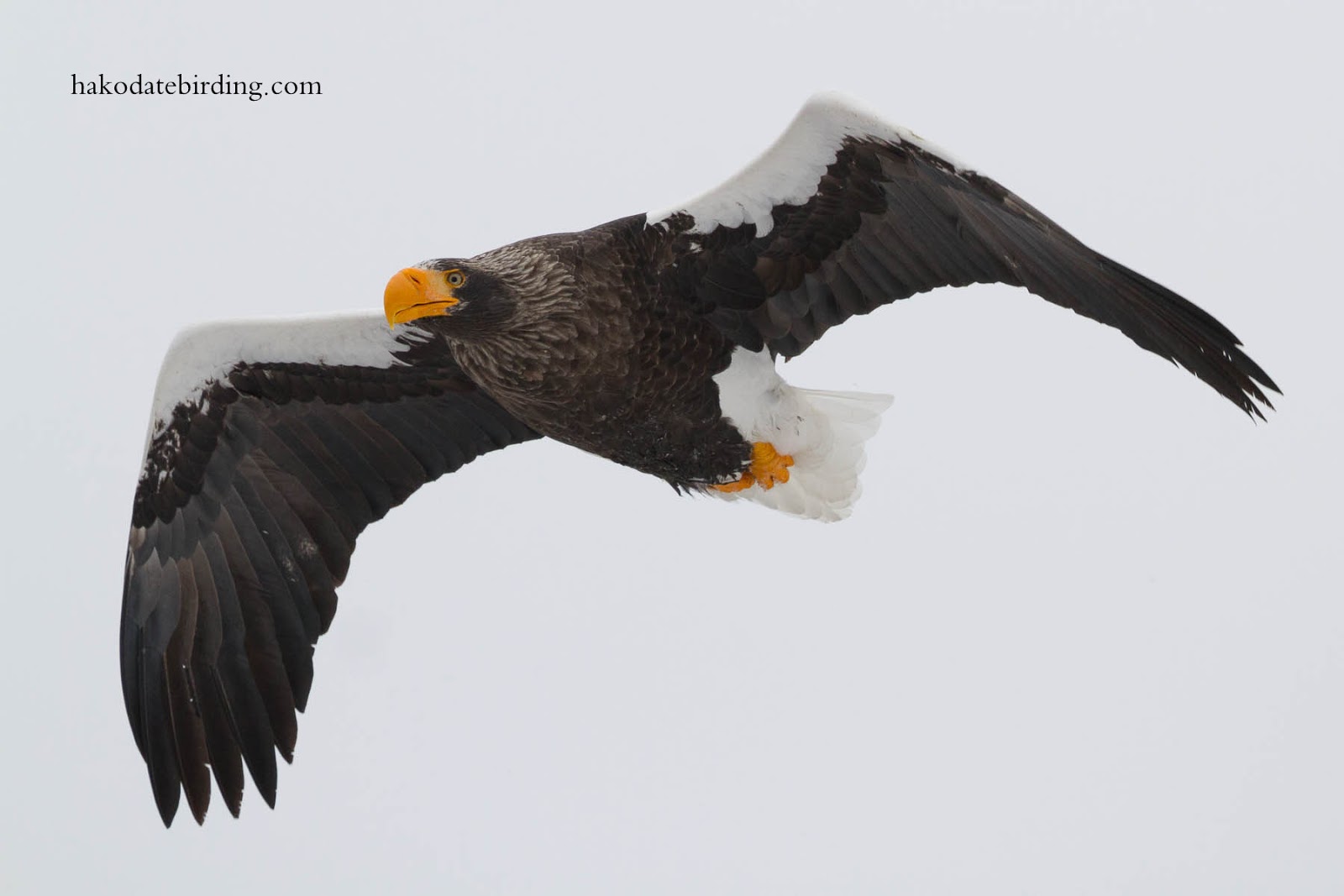 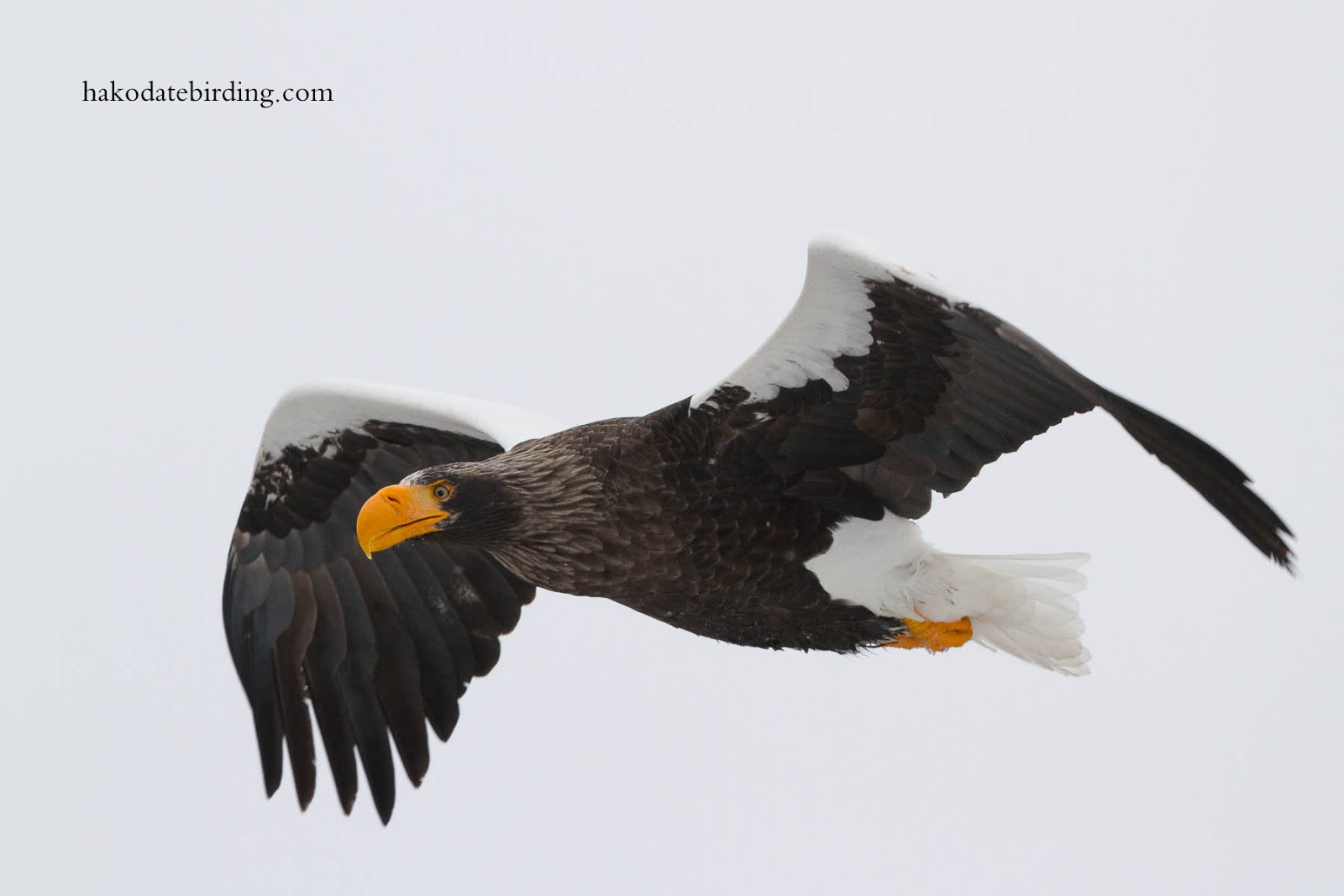 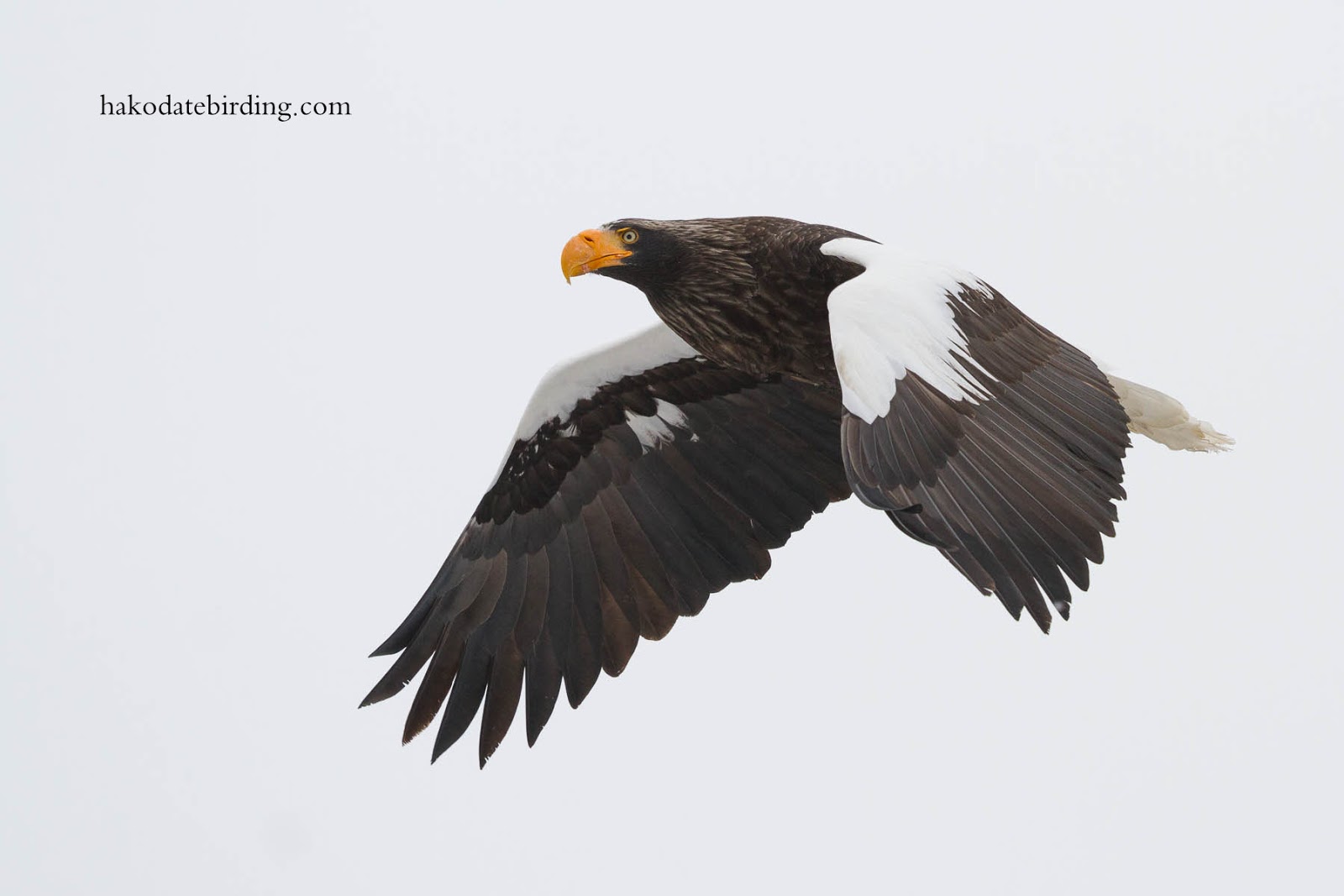 Only slight cropping going on, they were very close and indeed many shots had wings and other body parts missing............. 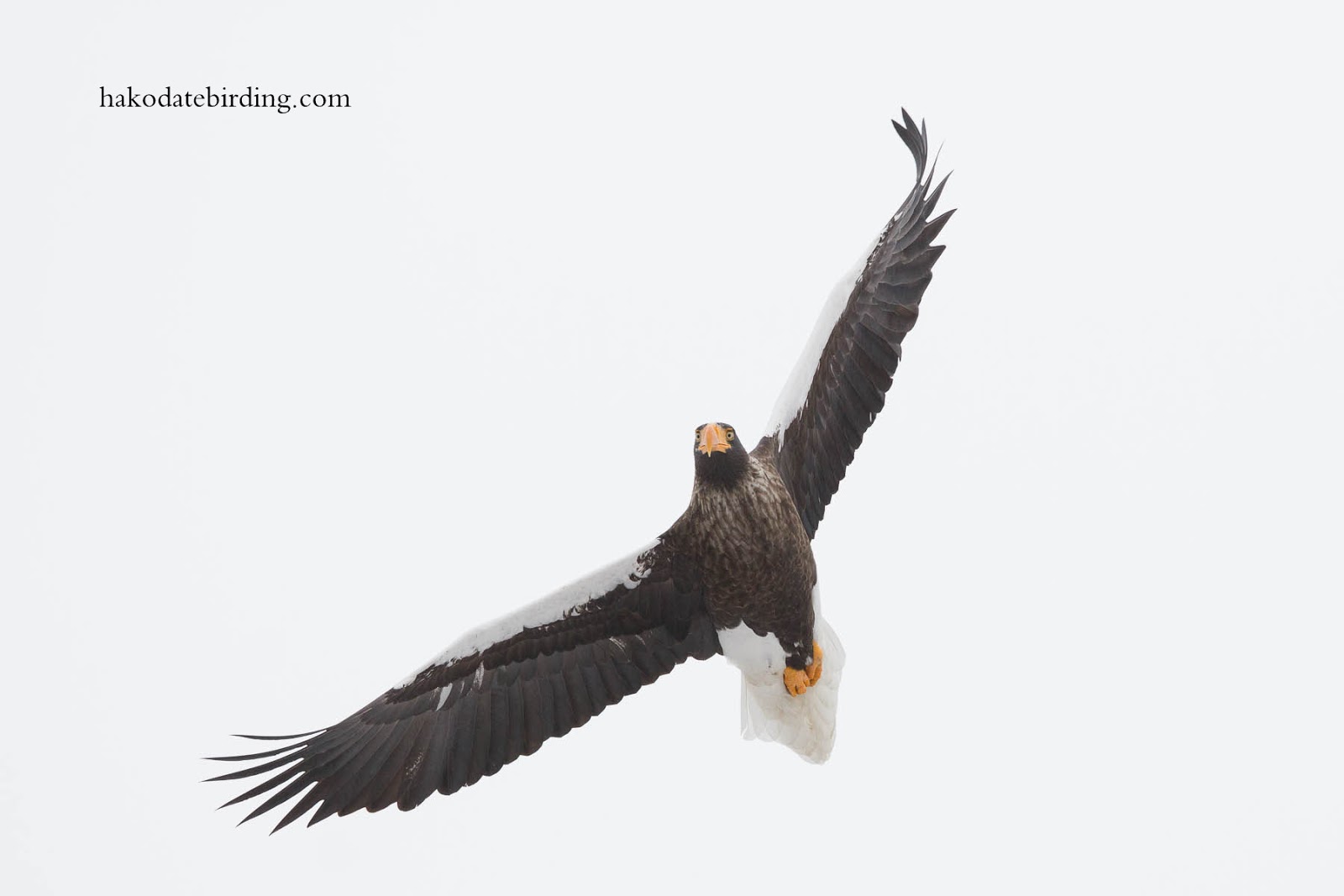 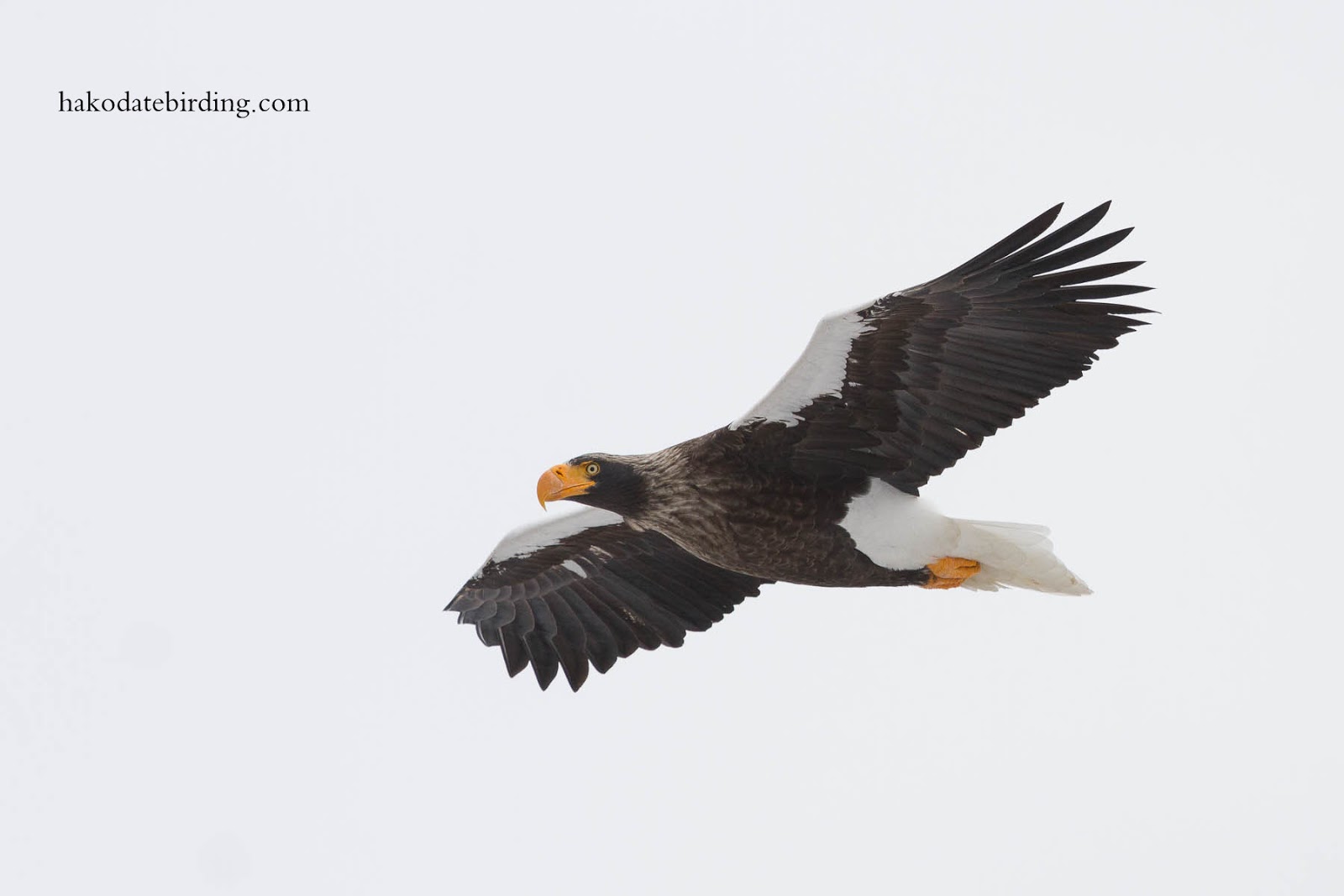 Strange weather recently, very cold days followed by the occasional mild day. Yesterday it was raining all day but this morning was freezing so today the minor roads were like skating rinks. 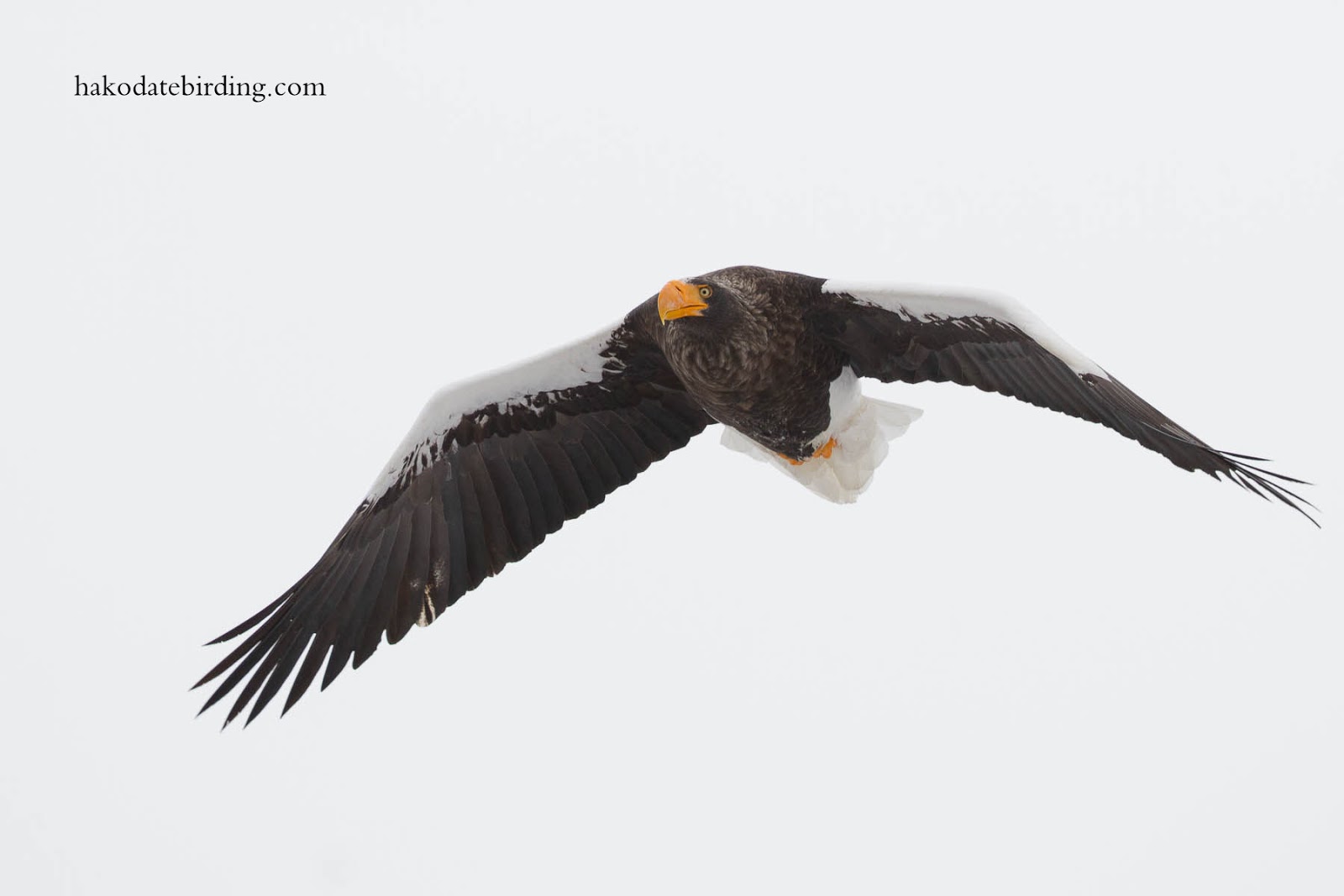 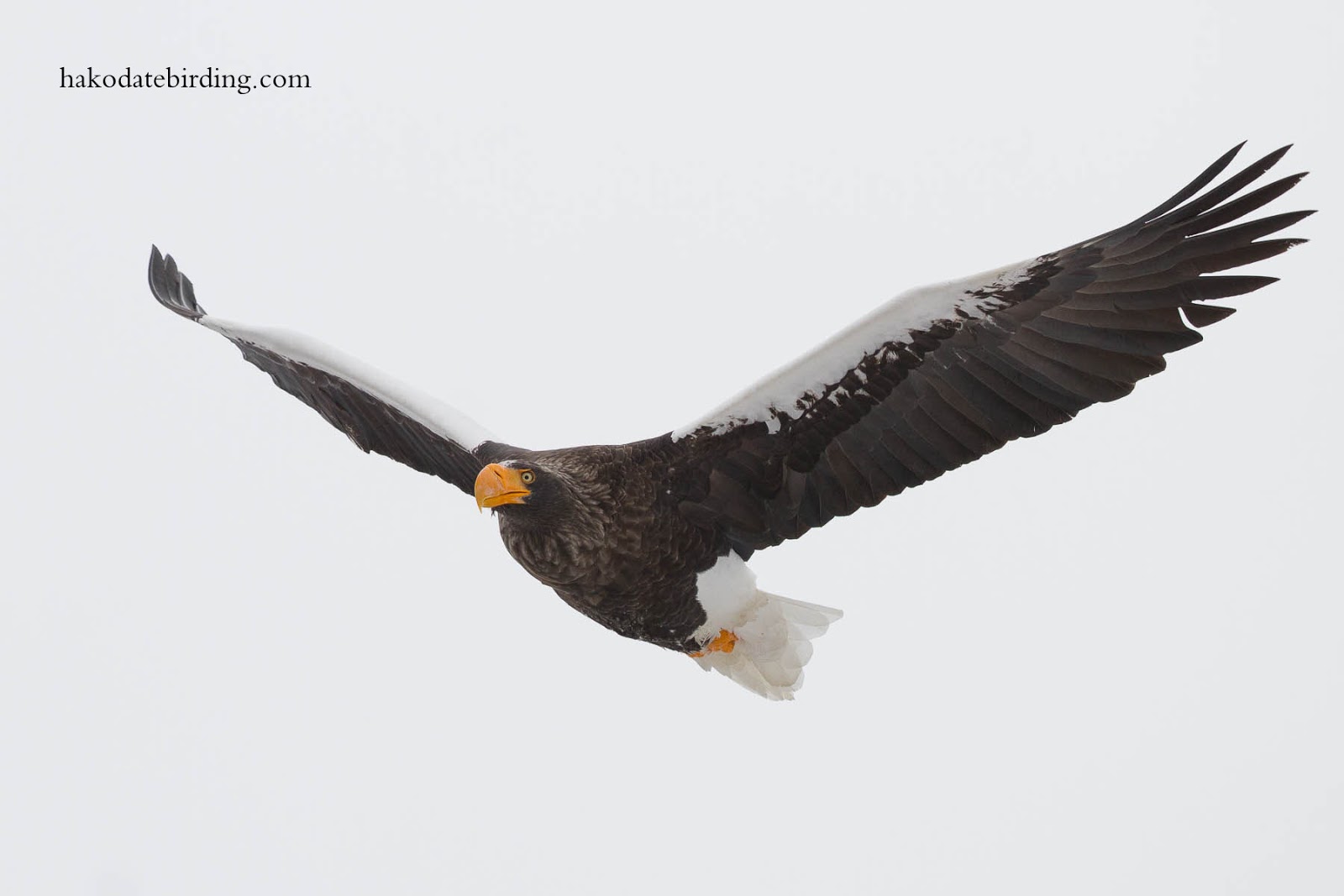 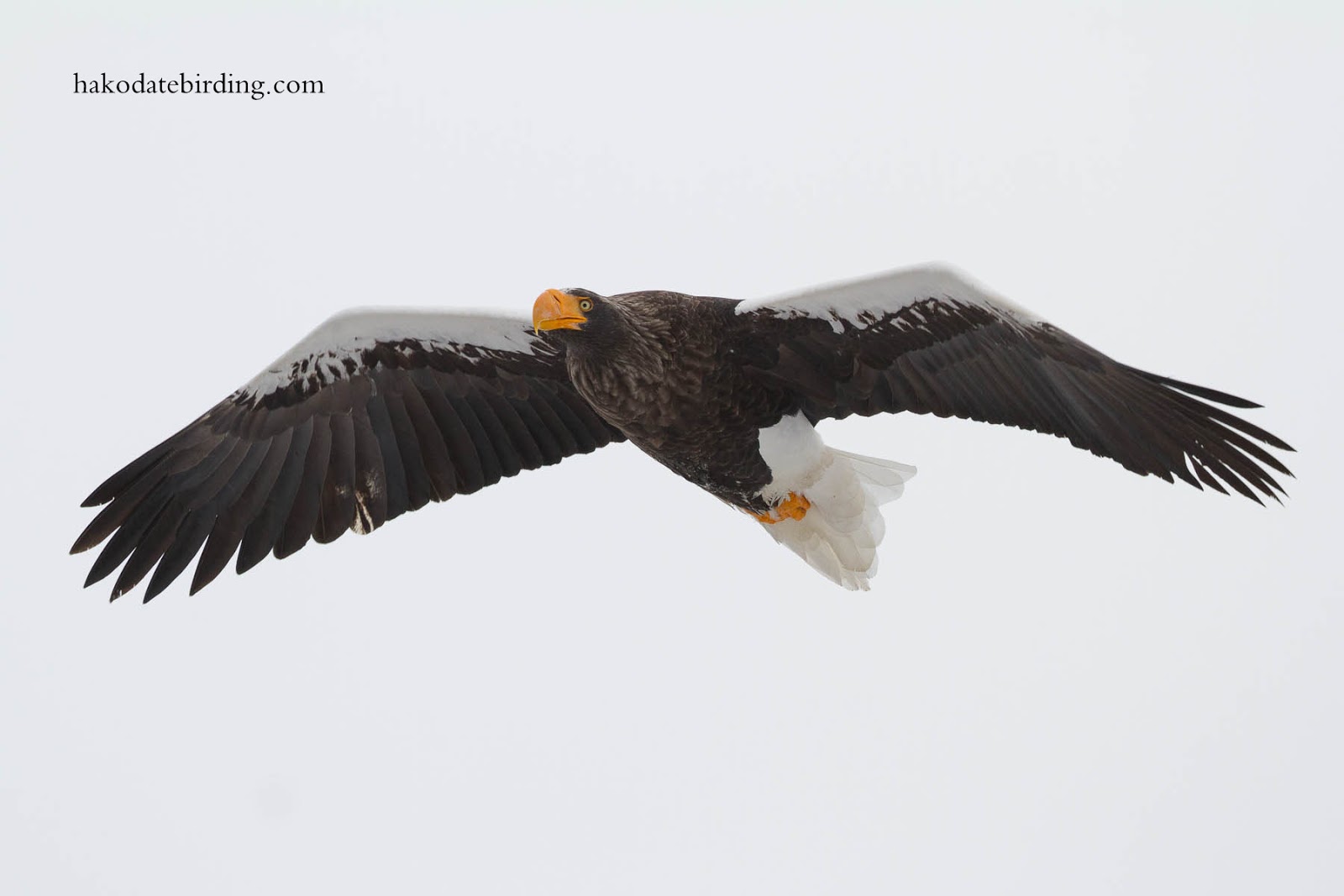 We did actually slip badly on a quiet road (thank god it wasn't the main one going north with all its aggressive truck drivers chasing delivery deadlines). Not quite a life flashing in front of your eyes moment but if there had been anything coming the other way............... Of course I was hoping for a BIRES ('bird in river eating salmon') but was not successful.

We didn't go too far upstream as the road was so nasty. I braved half an hour on the windwept bridge near the coast in Yakumo but didn't see much, these photos were a 5 minute drive inland.

We headed back to Onuma (where we had the slip) and the Ural Owl was back in its hole. 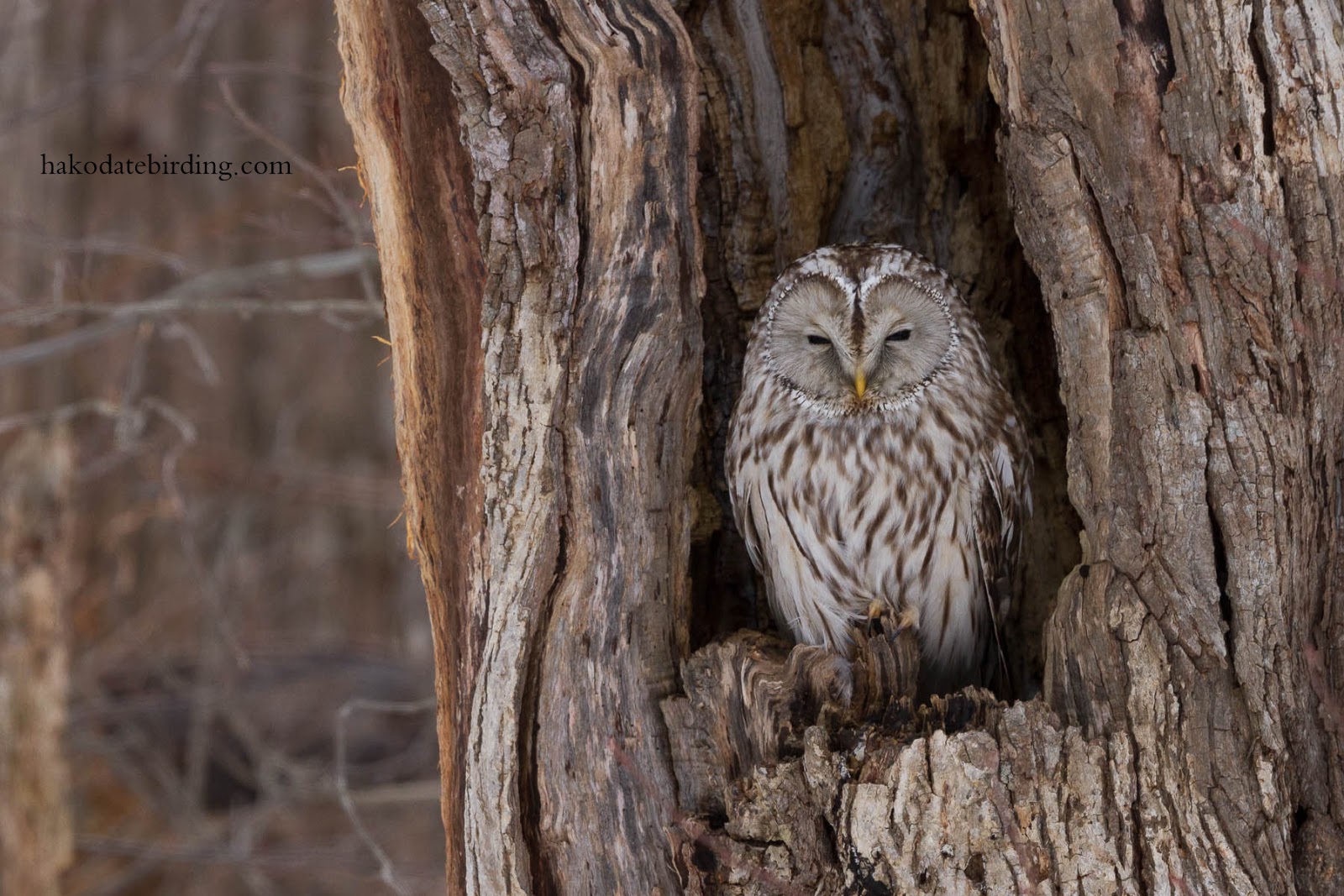 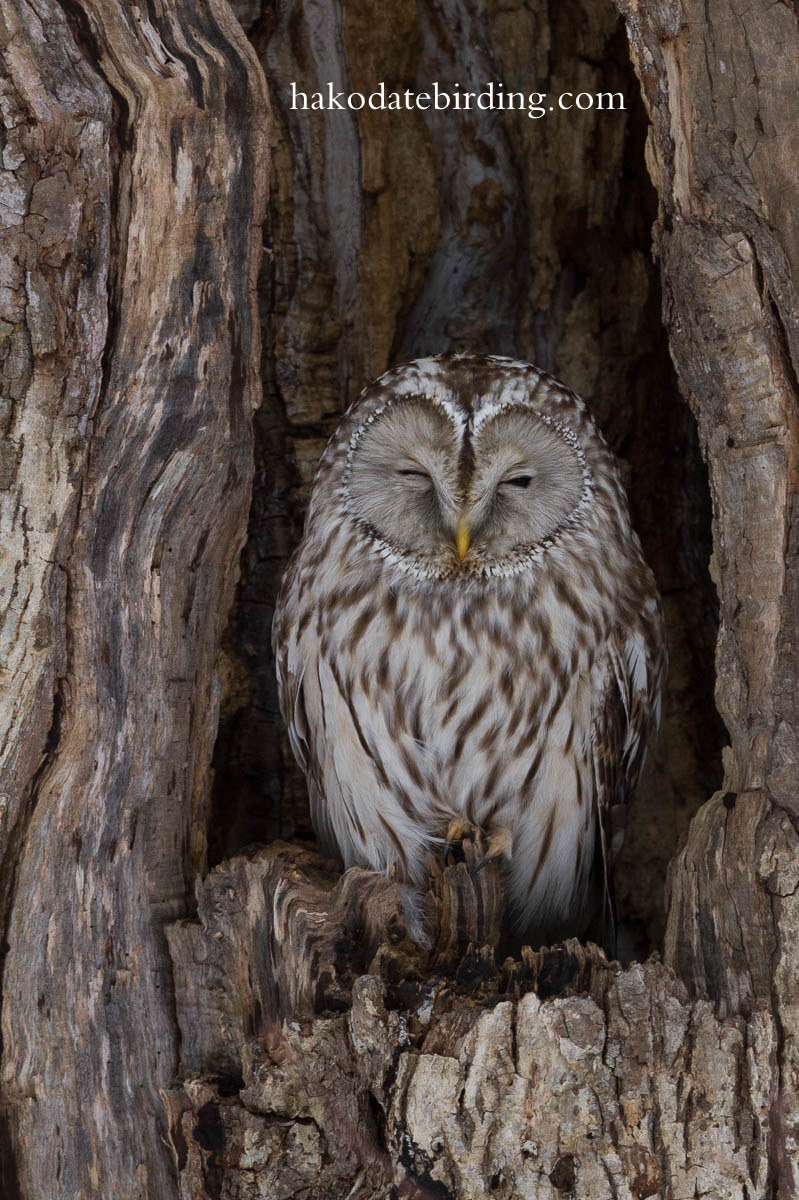 The road was too nasty too for the Gyrfalcon place, hopefully I can go there next weekend (if it's still around of course).