Lunch on the beach 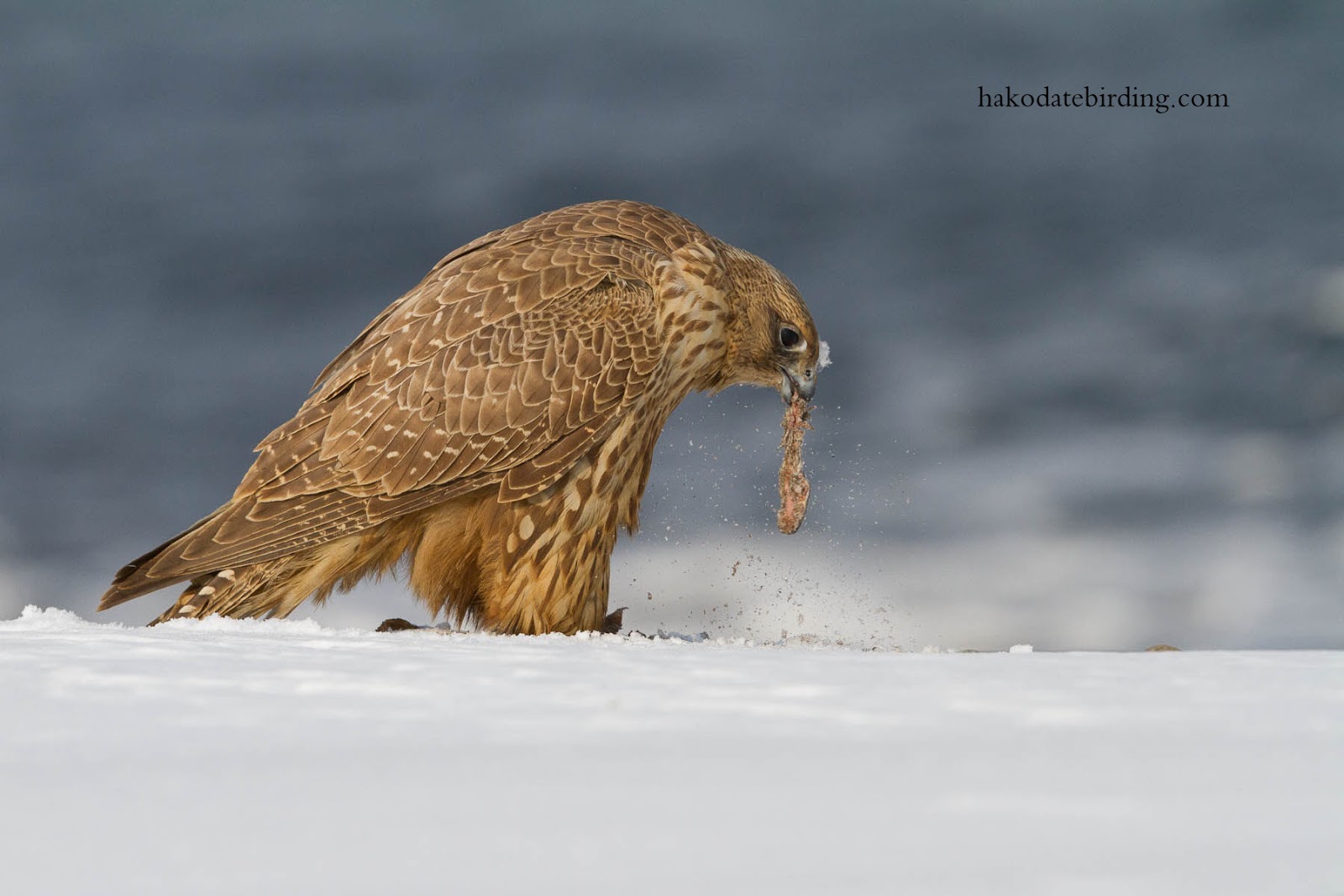 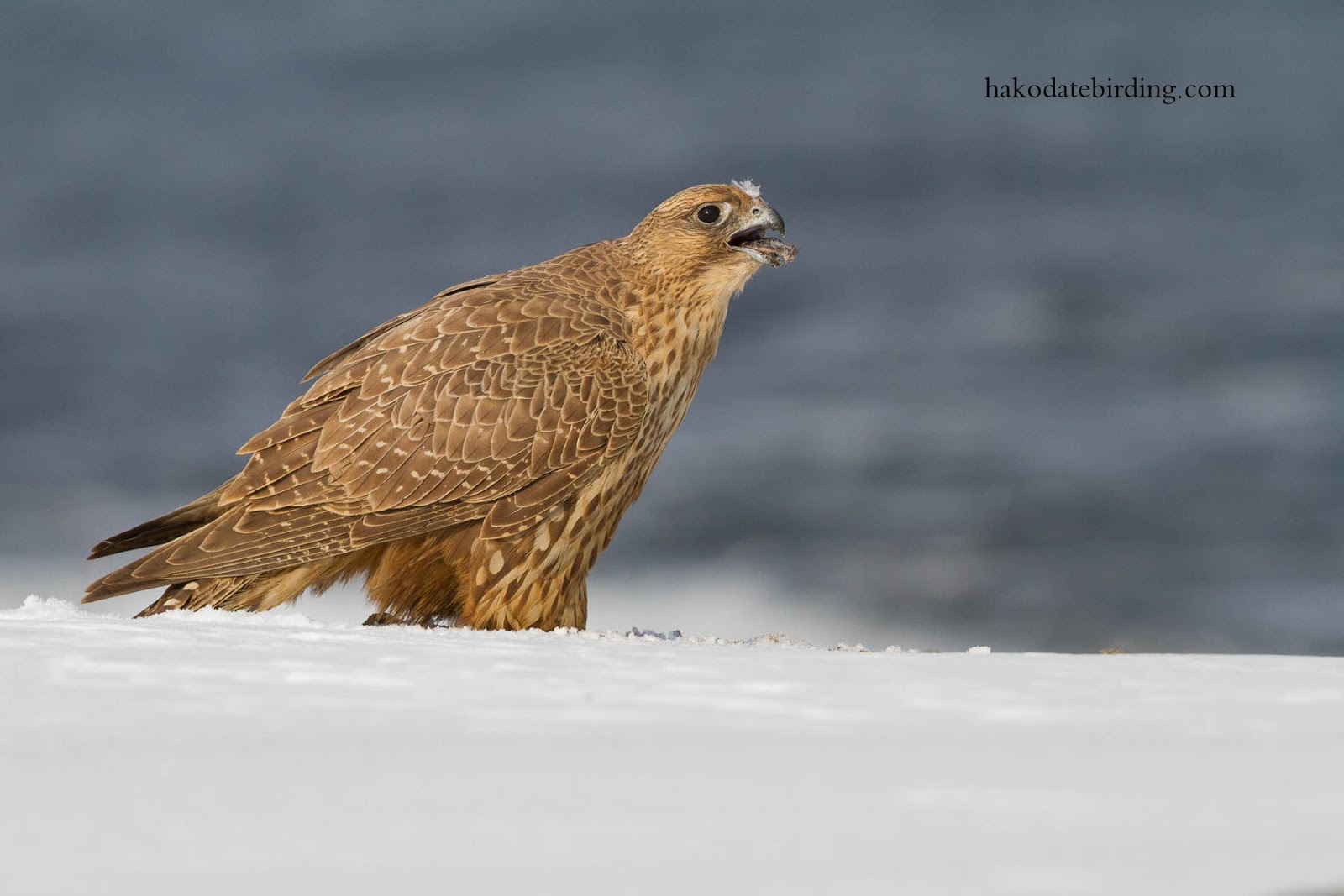 A surprisingly mild day saw us back at the Gyrfalcomn spot yet again and it put on a nice show around the middle of the day. 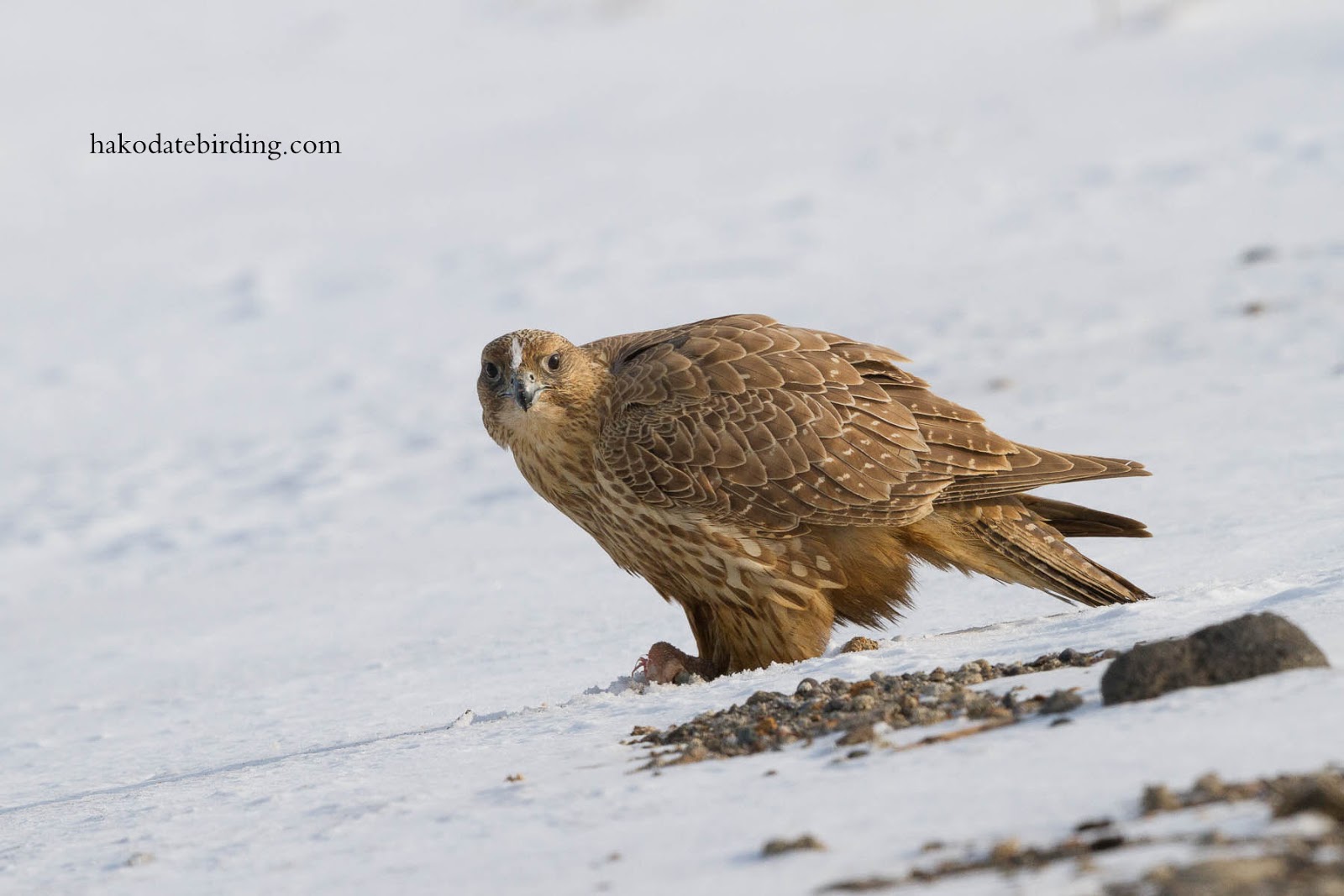 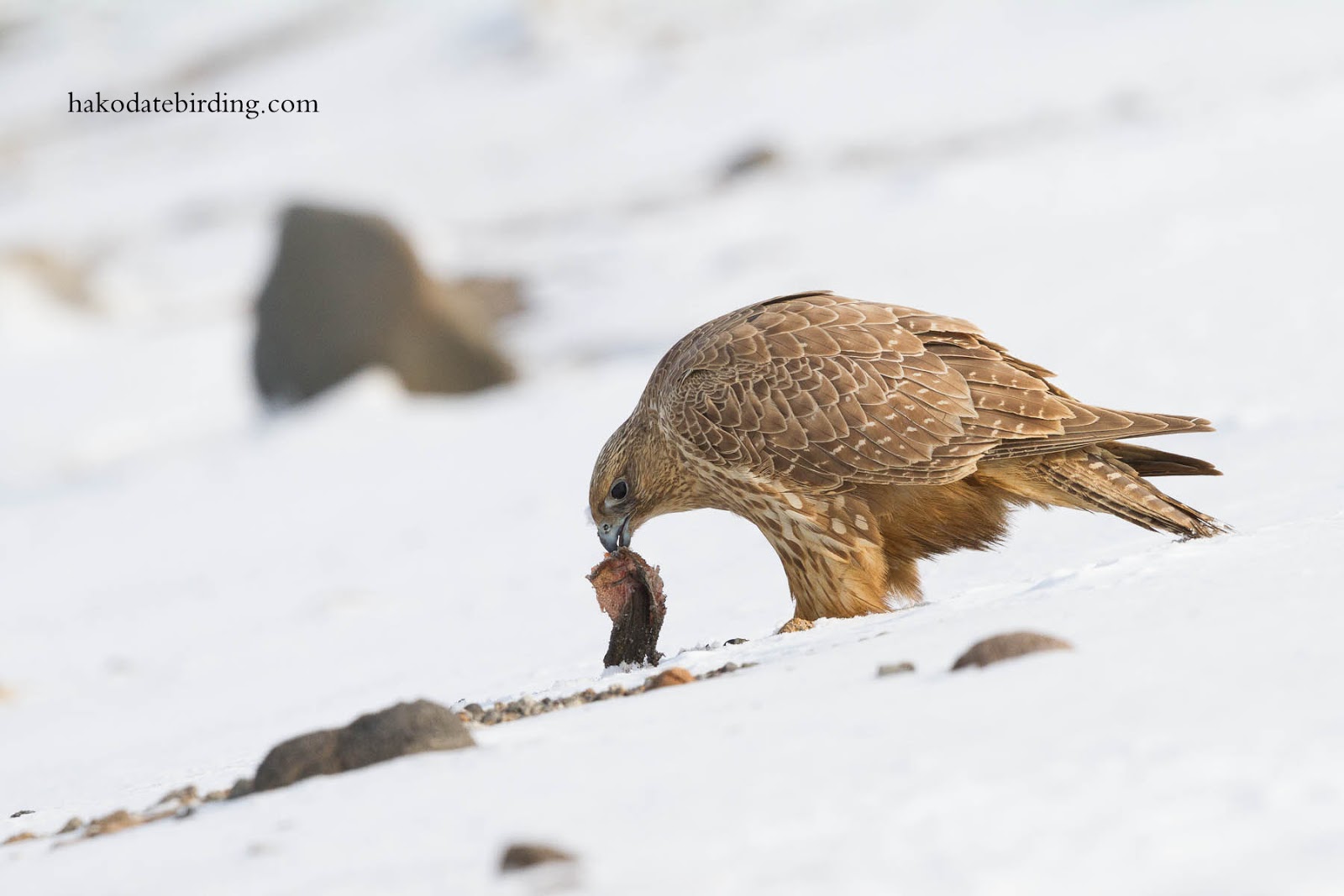 The temperature was probably below zero but with no wind it felt positively balmy compared to this time last week. These shots are all handheld and I wasn't even wearing gloves............ 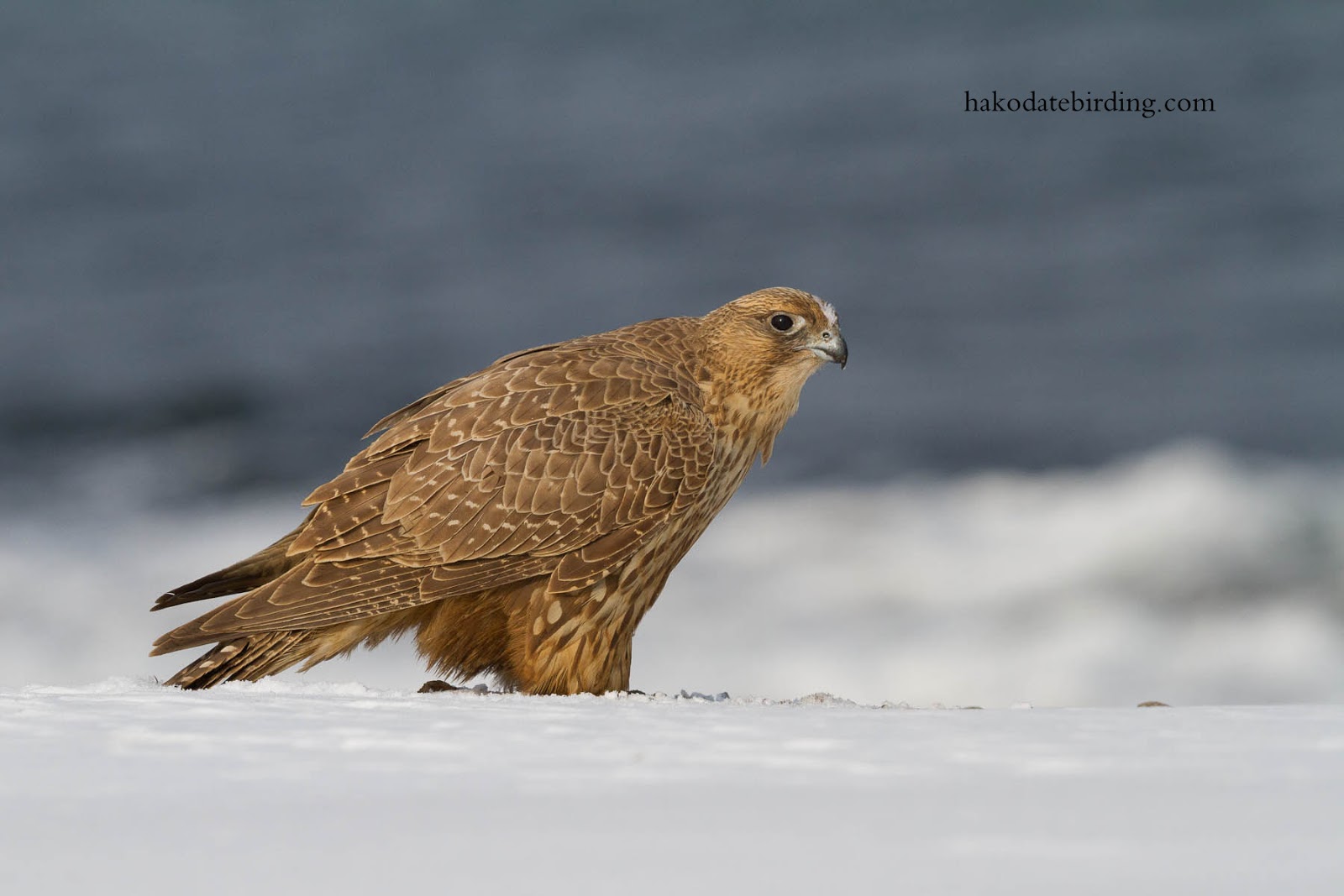 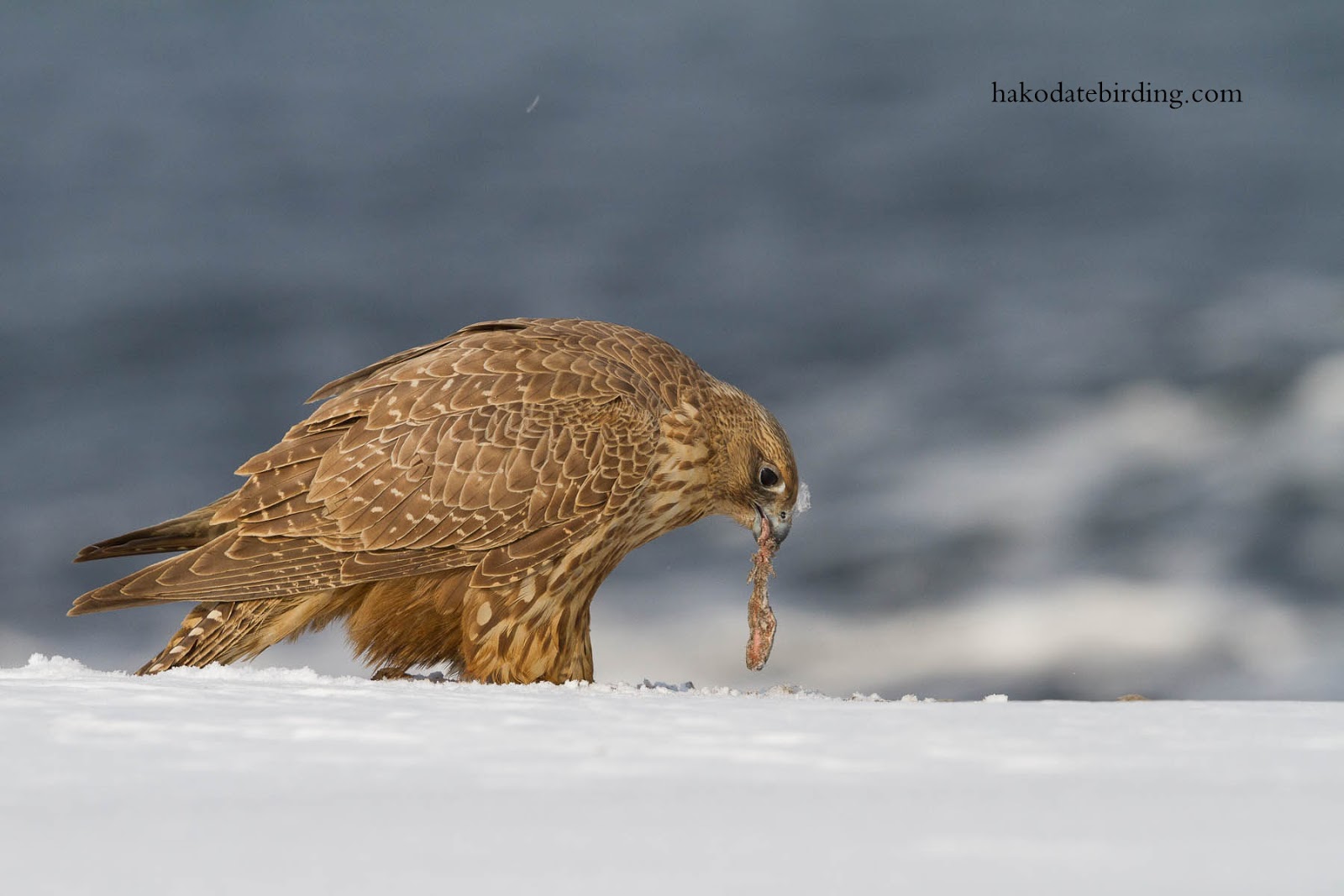 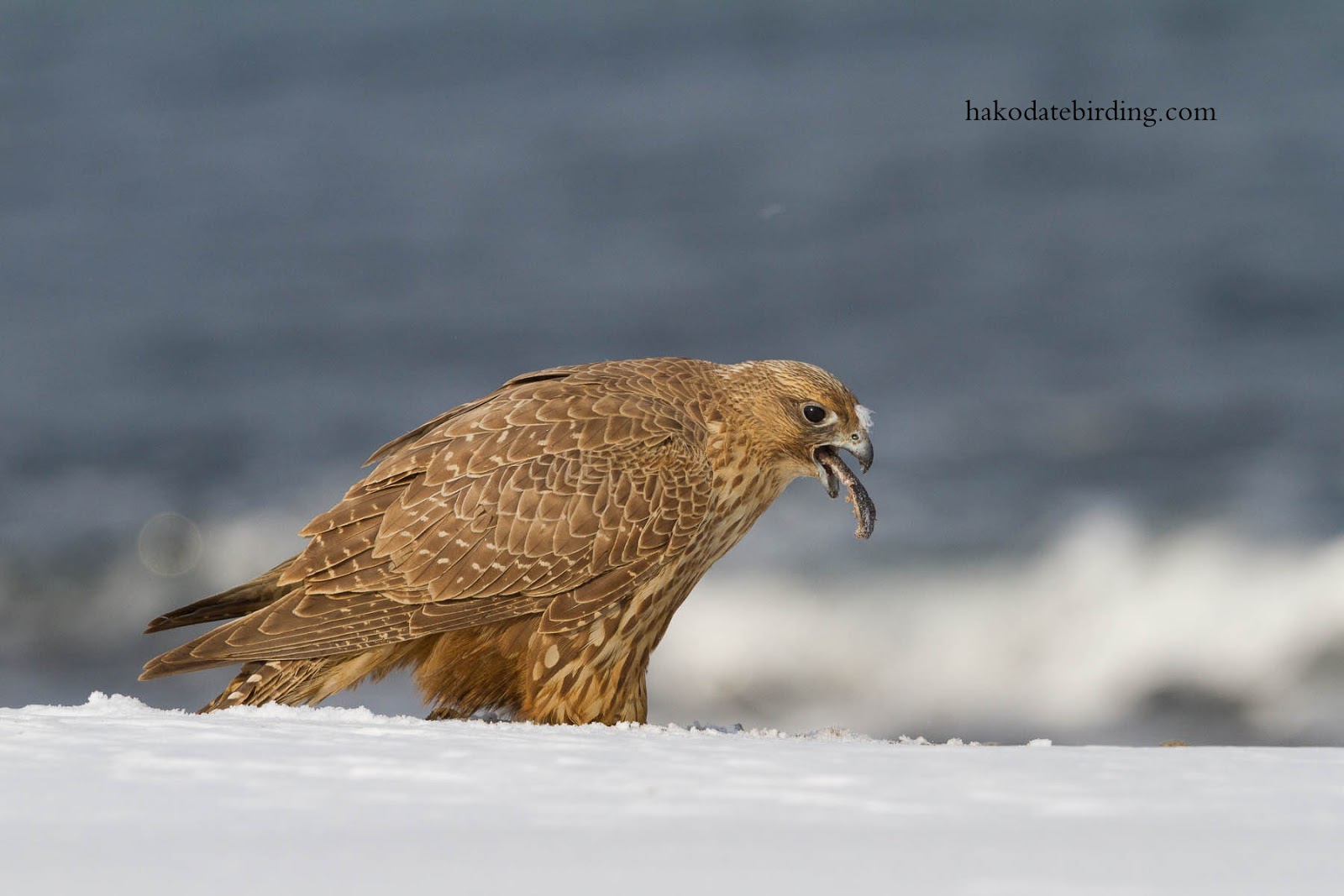 I didn't have my tripod handy, it would have made a nice video. 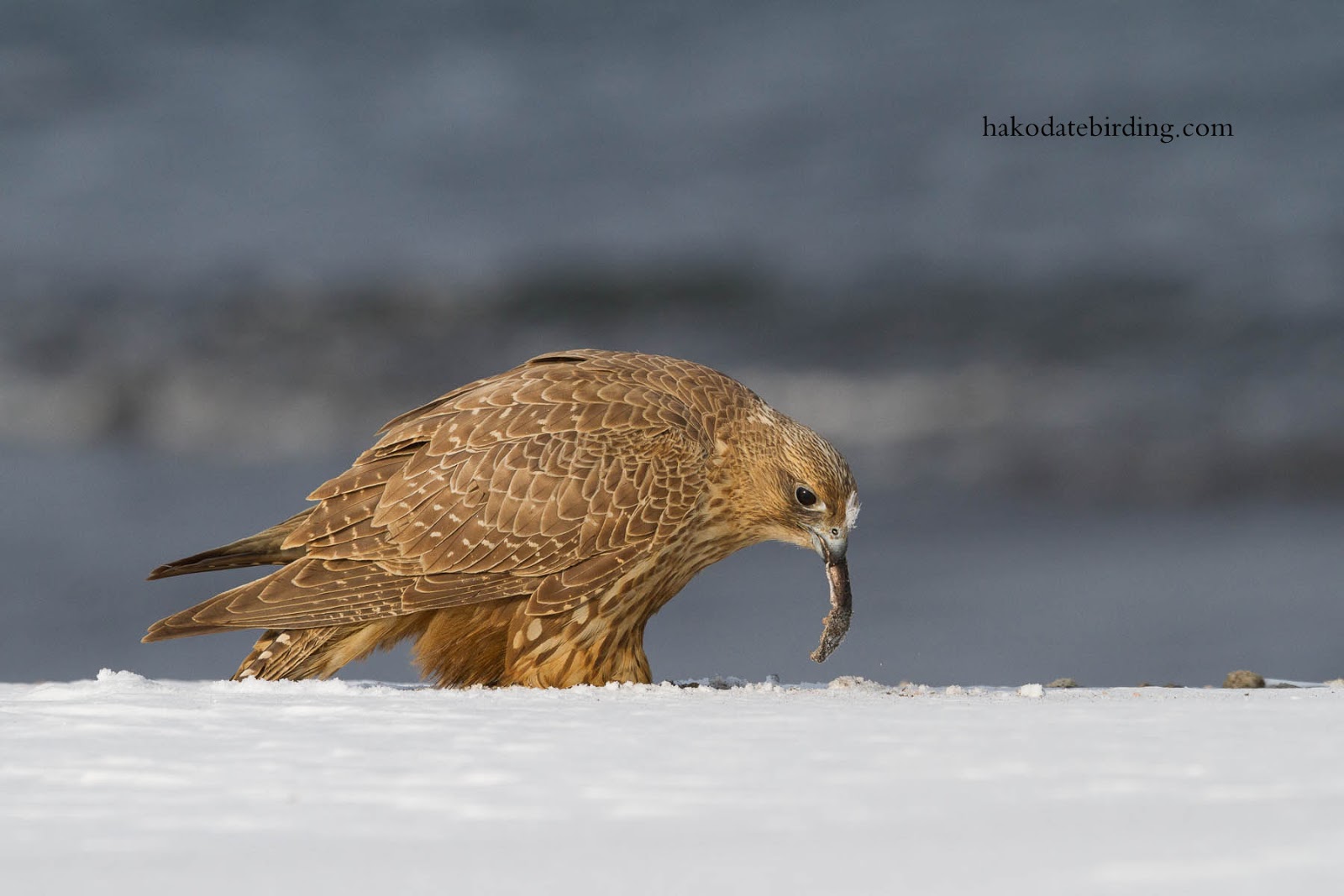 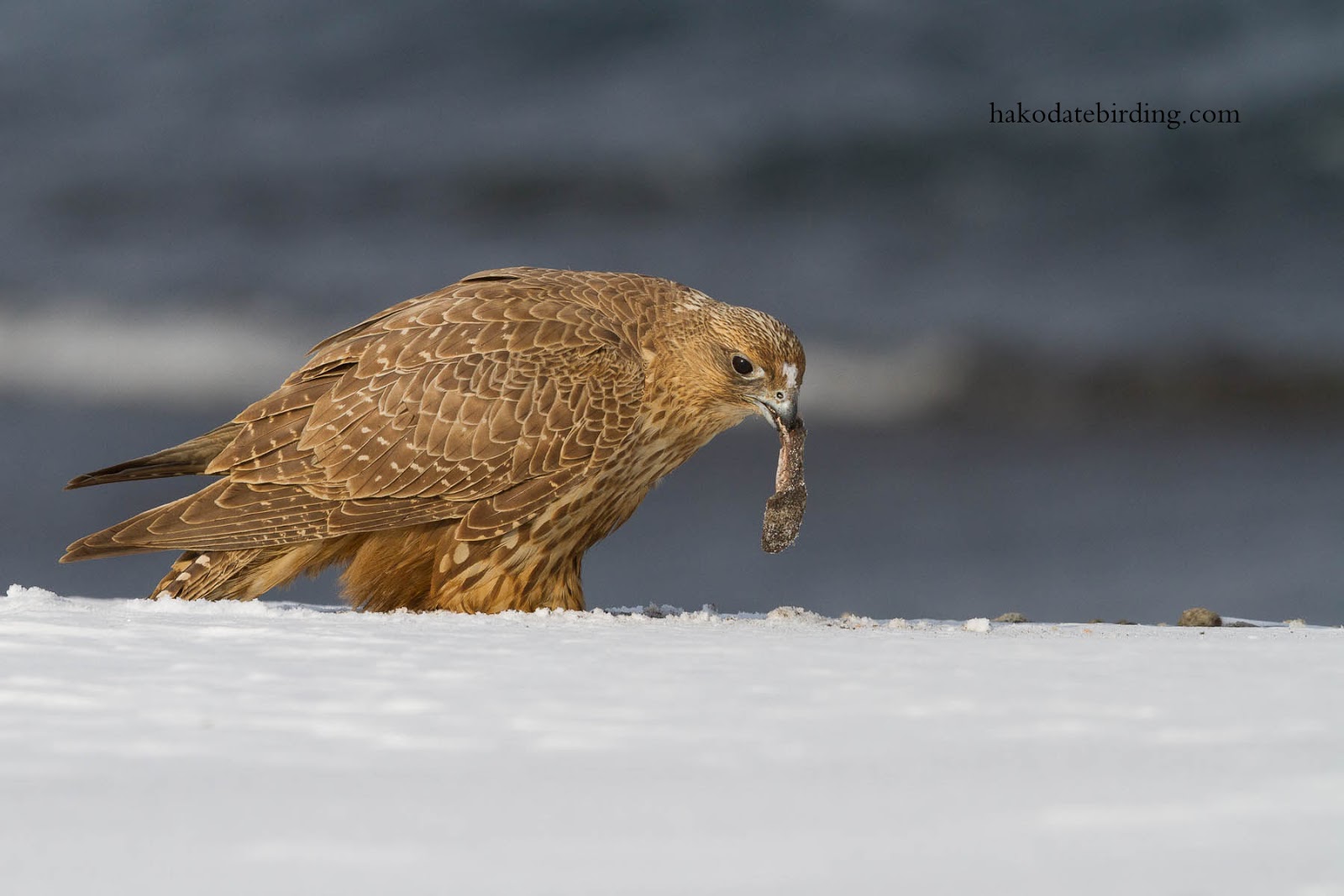 I was hoping it would be eating a gull and be covered with blood but I can't complain about these shots really. 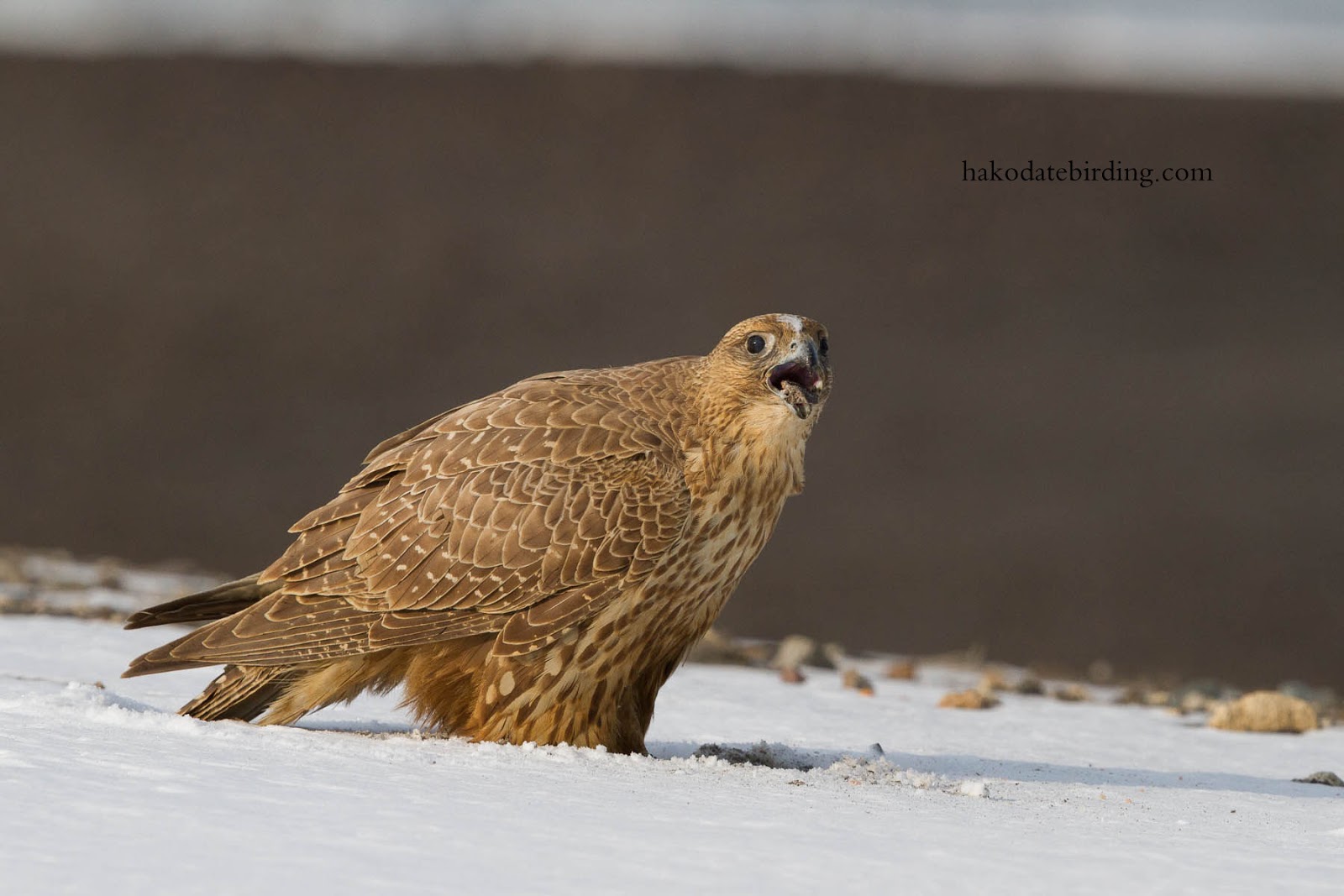 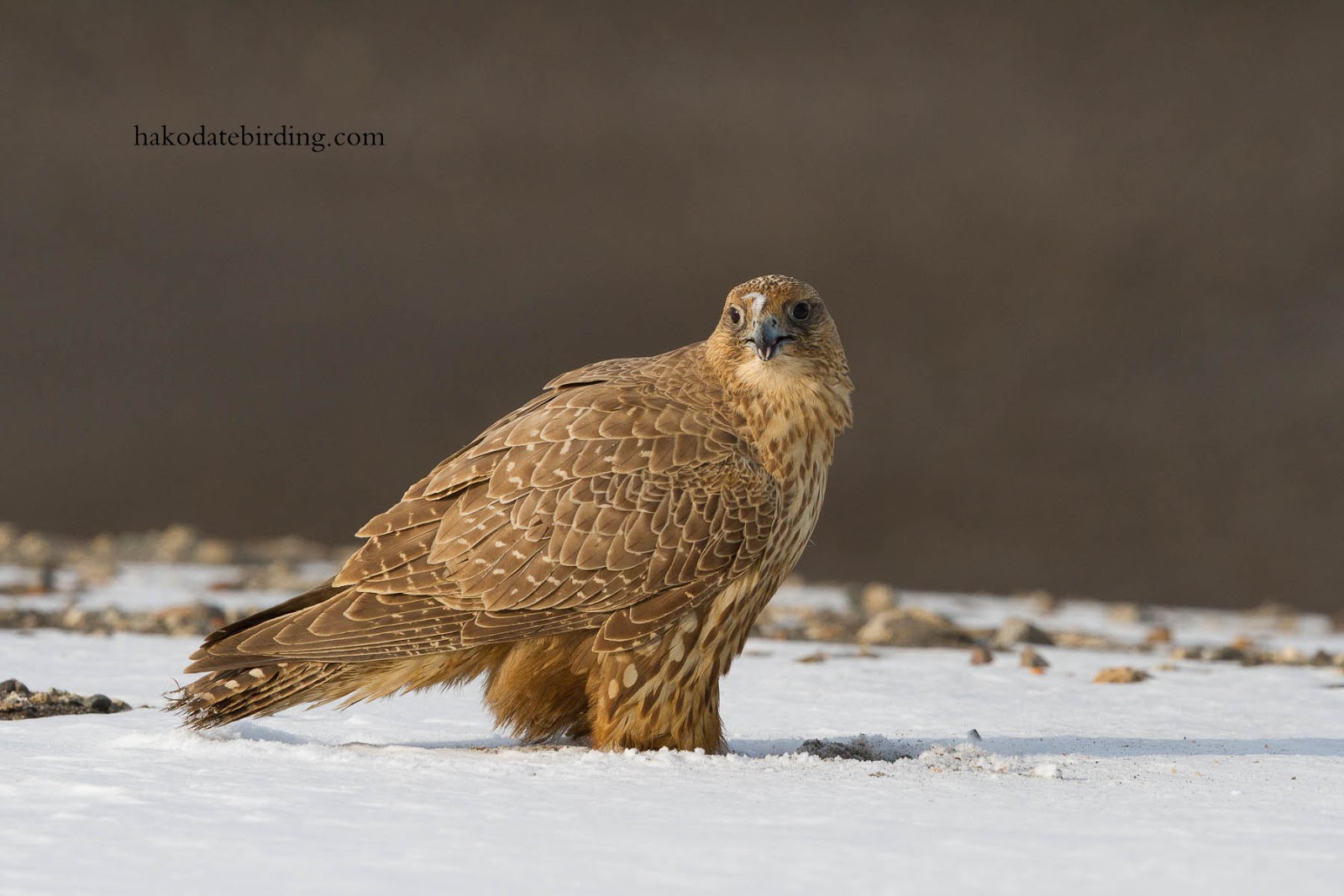 Now it's been around for a while I've become more selective about what pics I want: I was hoping for feeding shots/BIF shots/a video and it was nice to get one of these ticked off.

The day started off in a park in the east of Hakodate. I was trying to photograph Crossbills but they stayed high up in the trees and kept geting spooked by 2 Sparrowhawks in the area. Whilst I was waiting in vain for them to come lower this surprising individual put in a brief appearance. 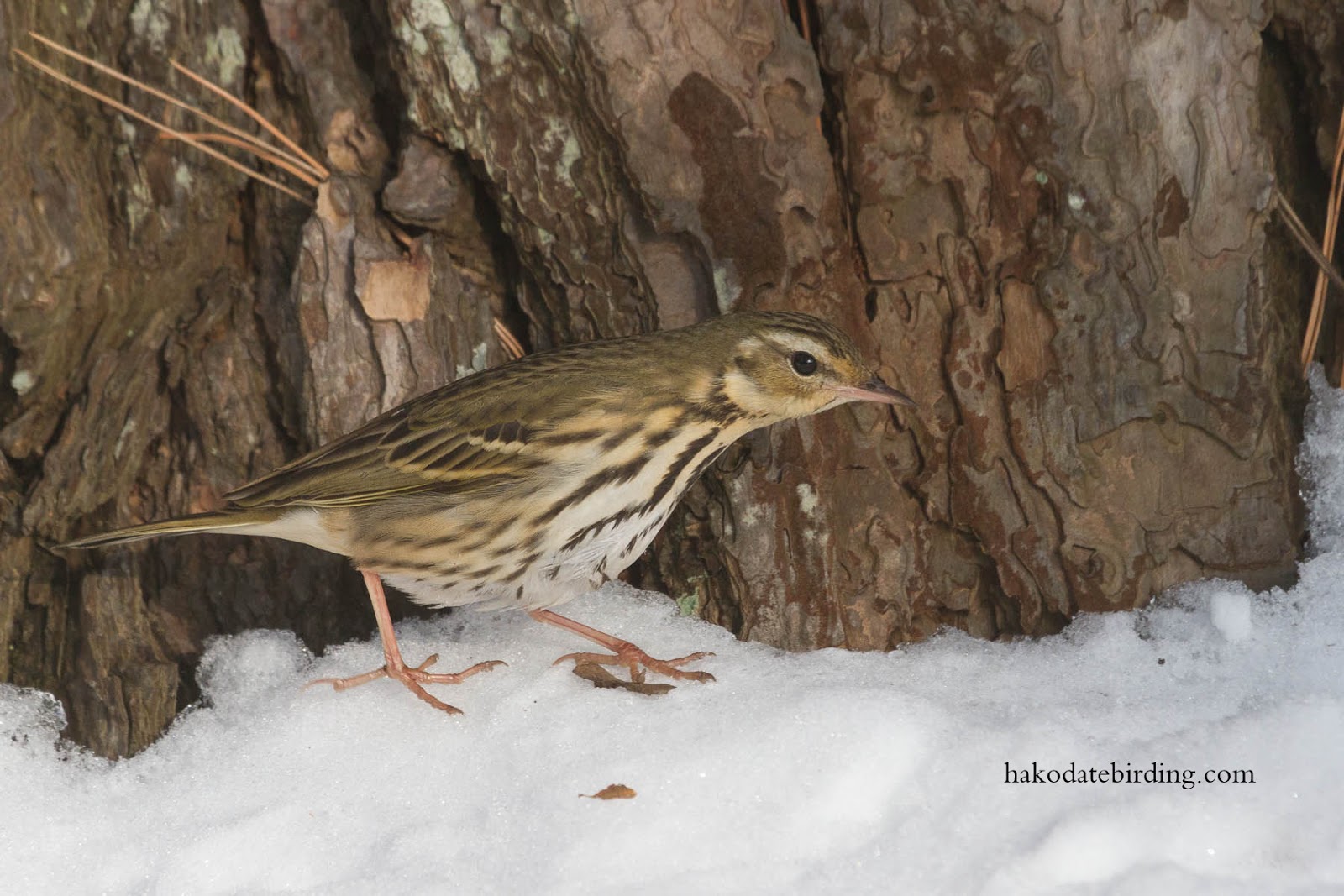 An Olive Backed Pipit. I thought these were only in Hokkaido in summer. This is one species i've never taken a even half decent photo of so in a way I was as happy with this one as I was with the Gyrfalcons...................