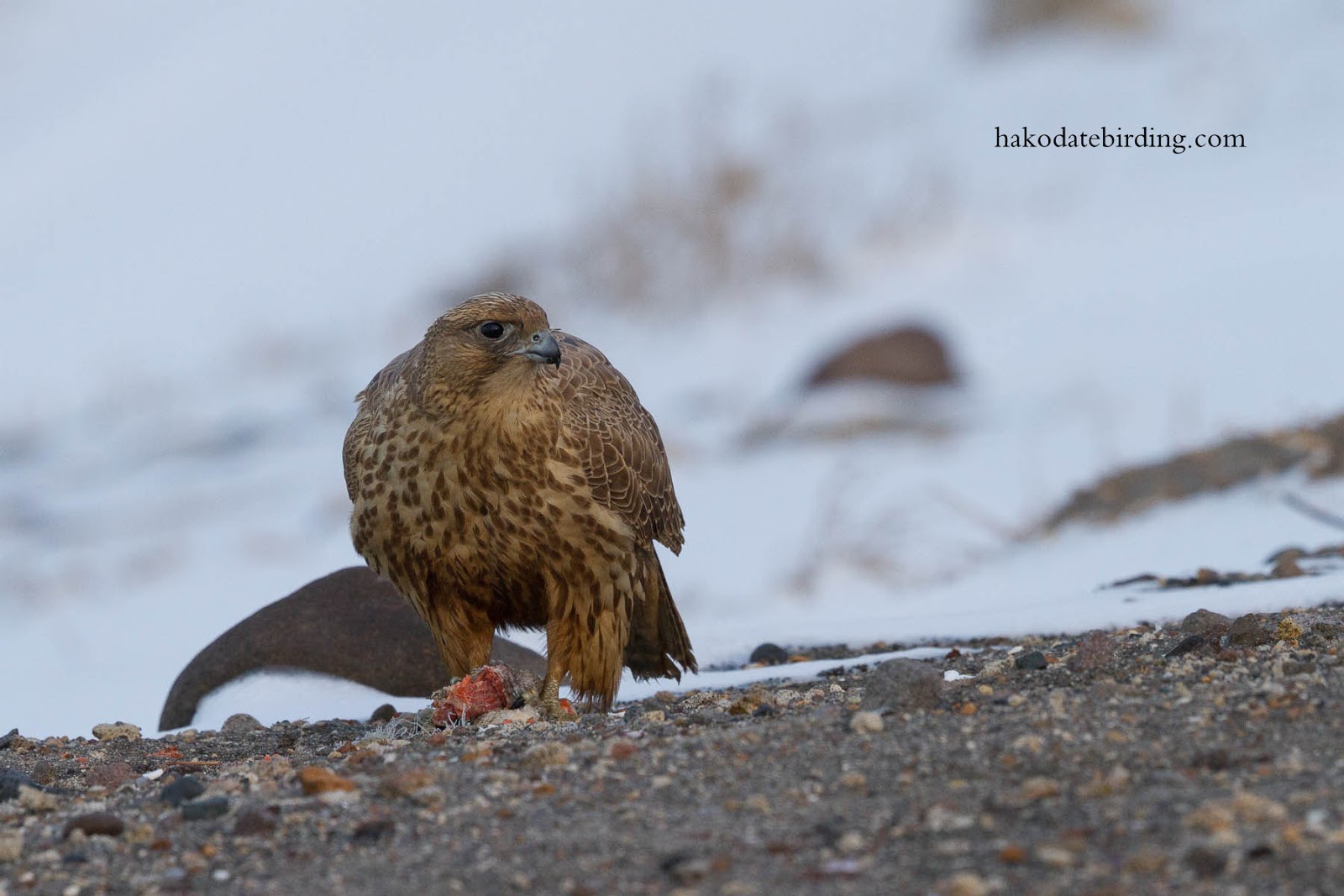 Some more photos from Monday, this time a little later in the day.


The Gyrfalcon swooped down to the beach for a fish supper. 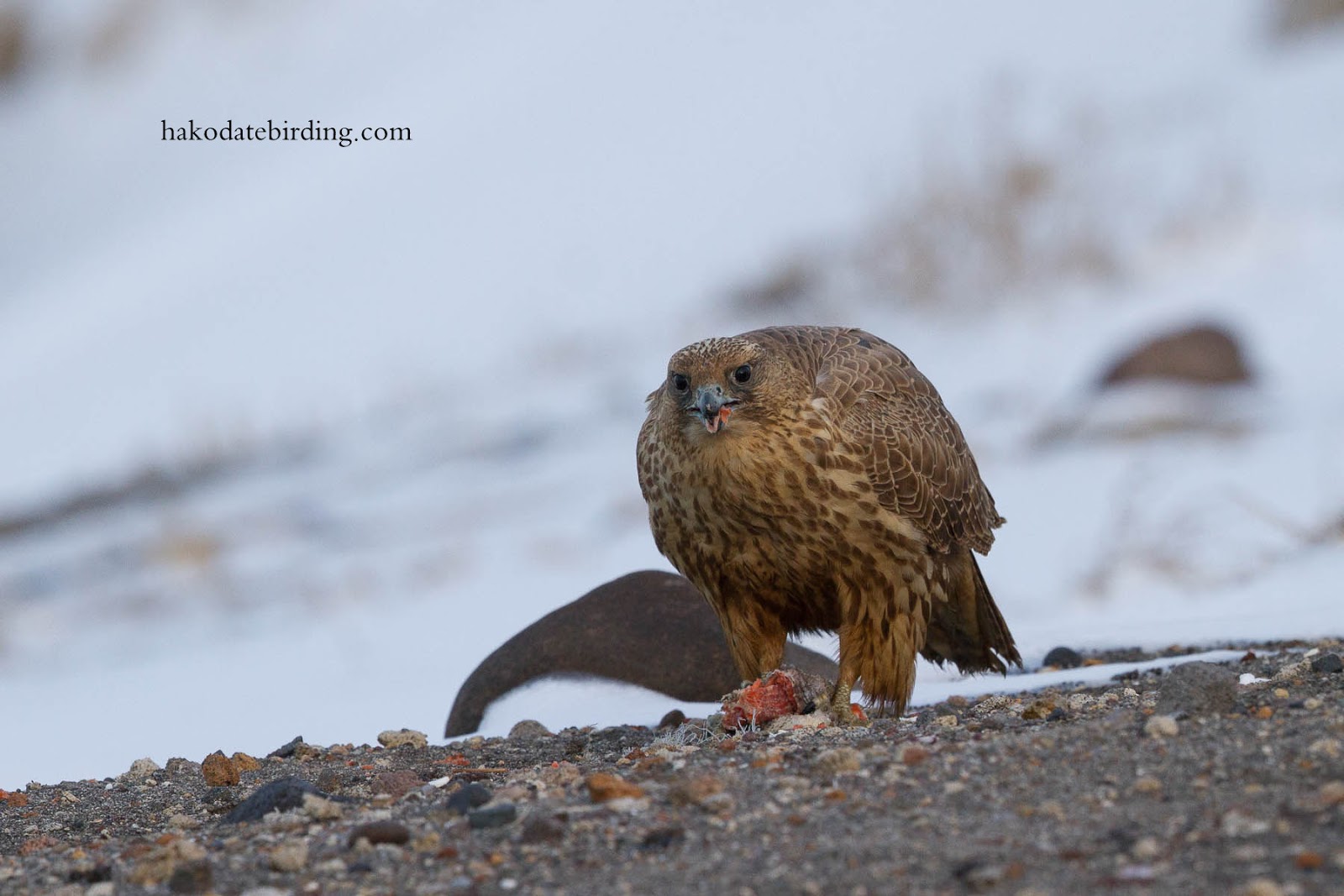 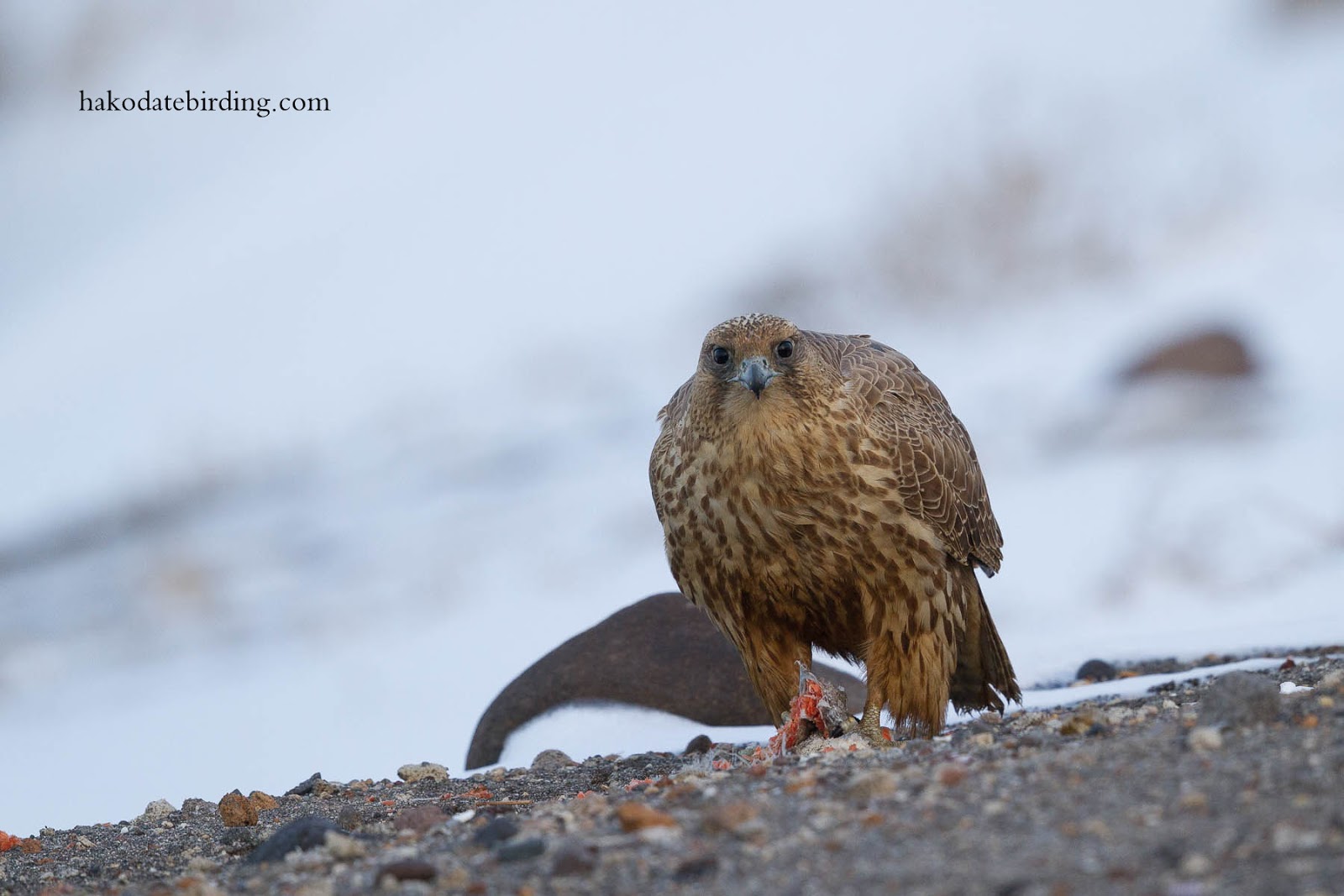 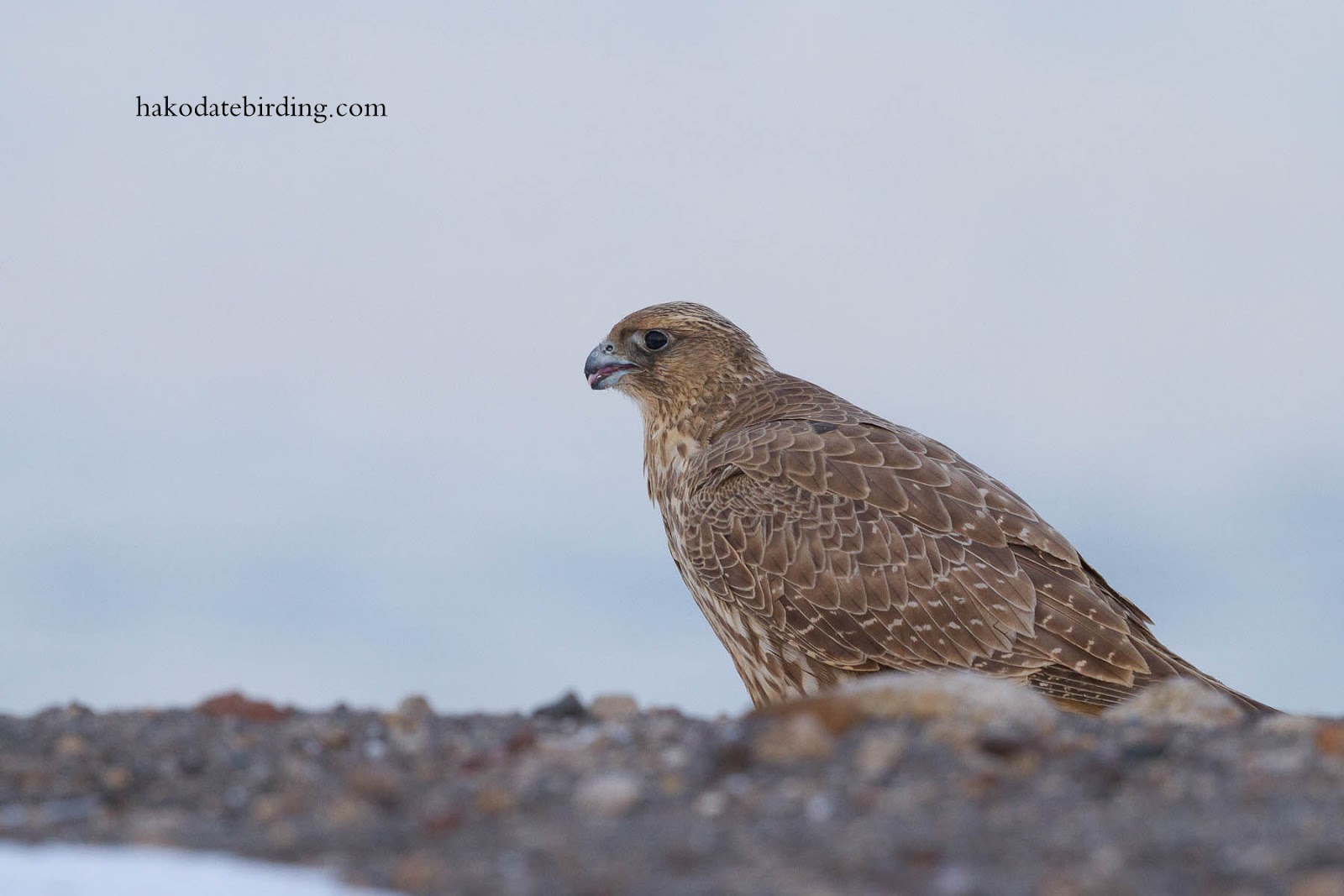 It was quite dark at this stage and, as I had the tripod handy, I made a short video.

As the day began I had wanted a feeding shot, a video and a BIF shot. I just about managed the latter to complete the set but it was too dark for a decent one. 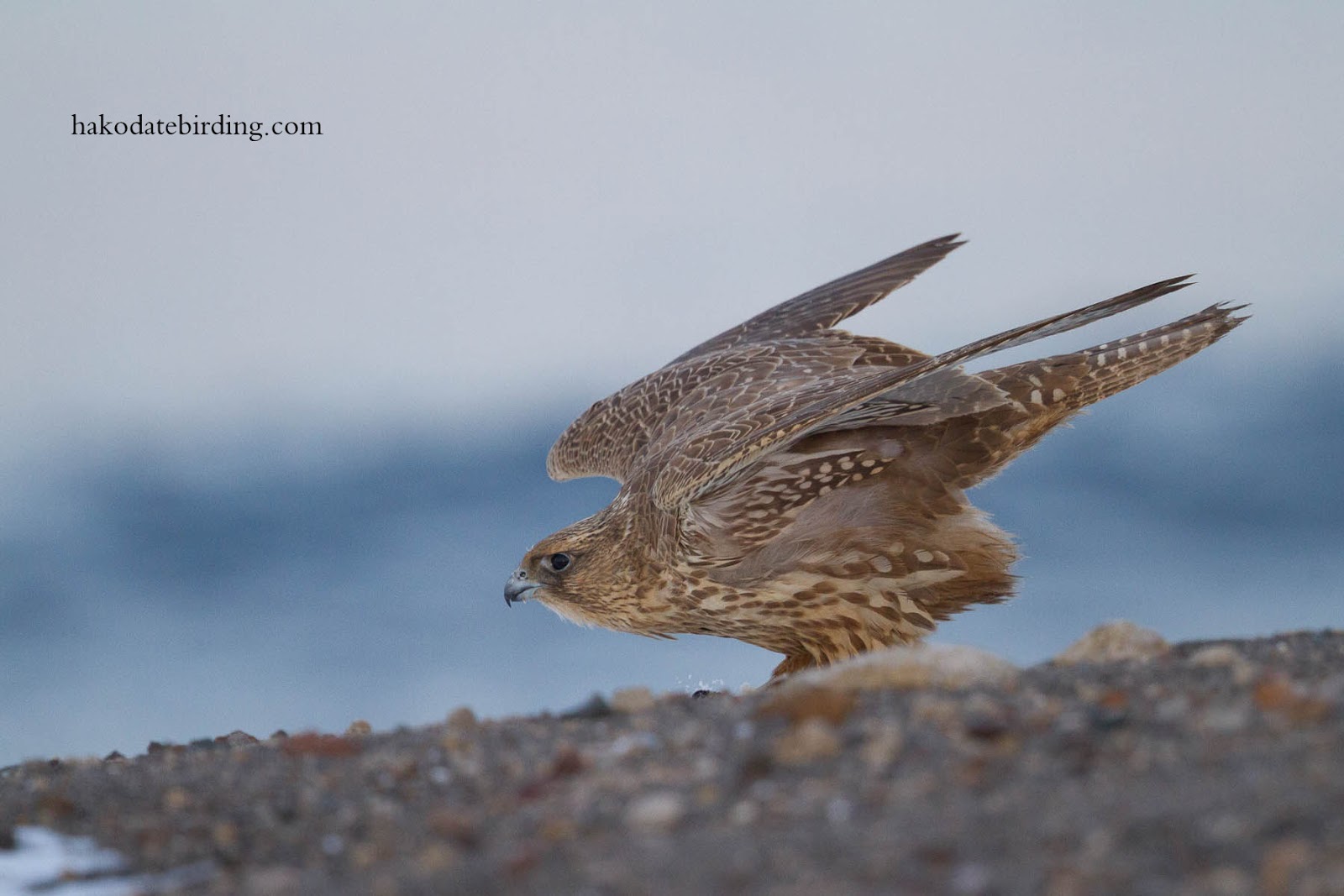 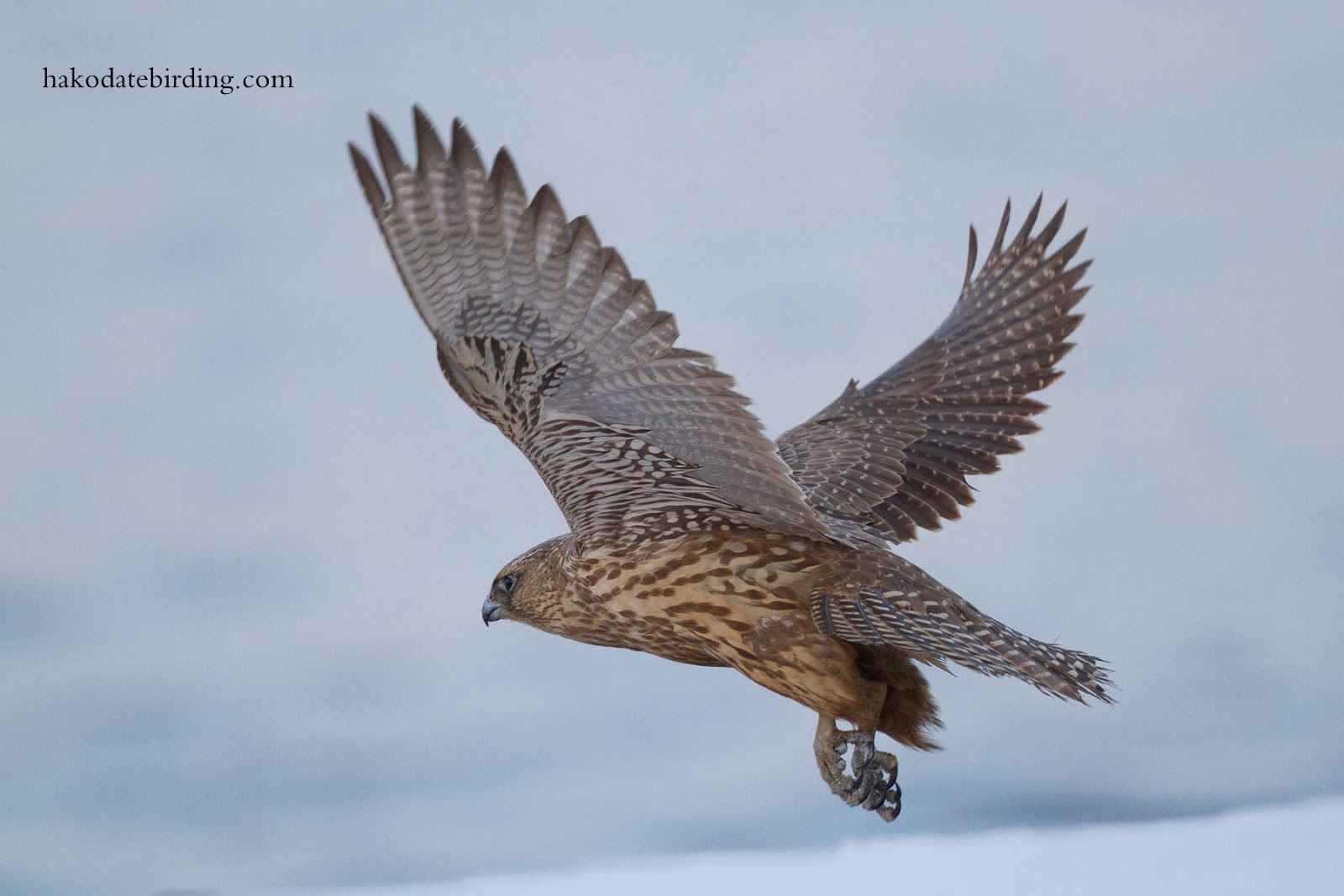 The day before I had seen a bunting in the evening gloom and thought it may have been a Snow Bunting. it was probably a Pine Bunting instead as we saw a flock of 8 or 9 hiding in the sand dumes as we waited for the Gyrfalcon to reappear. 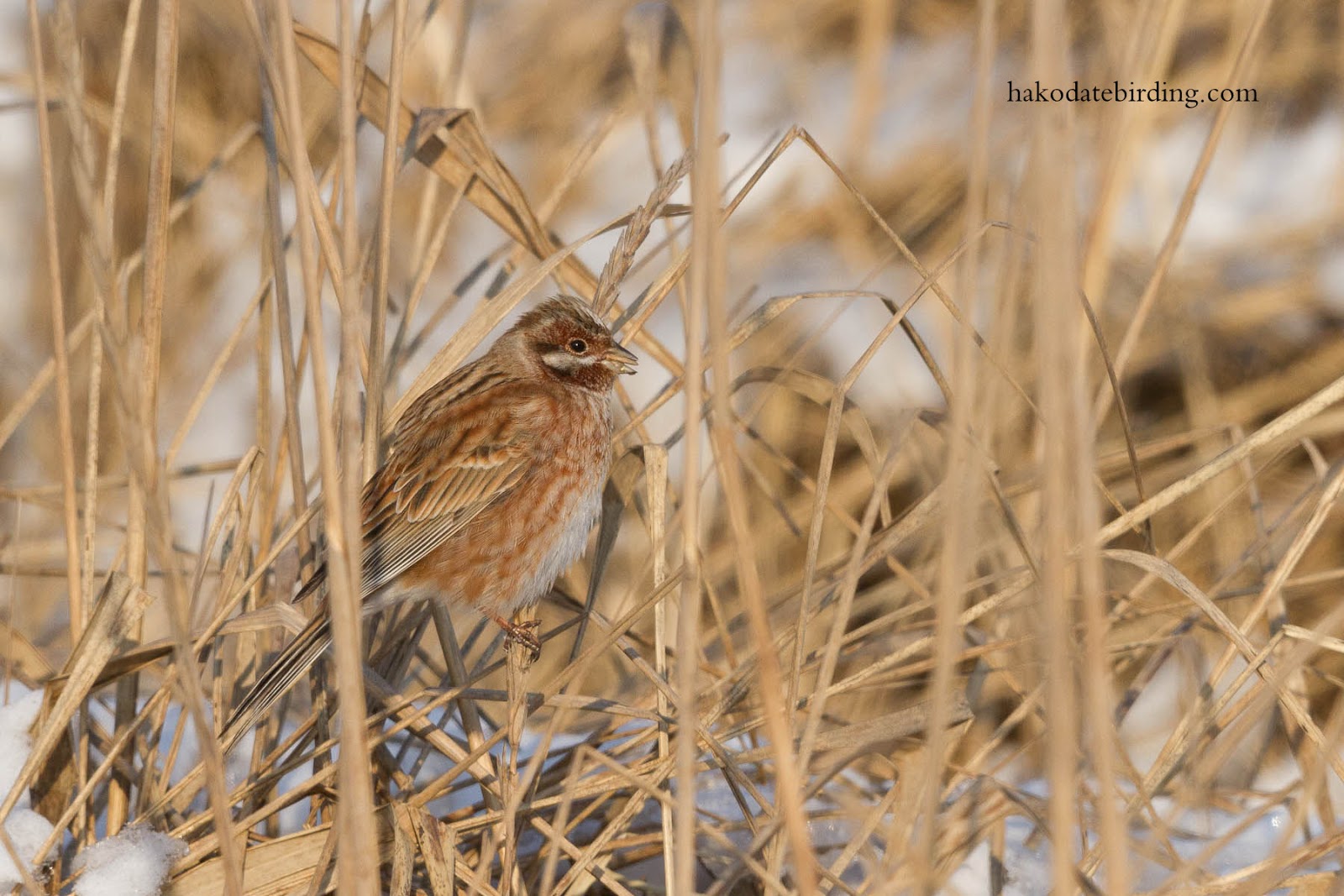 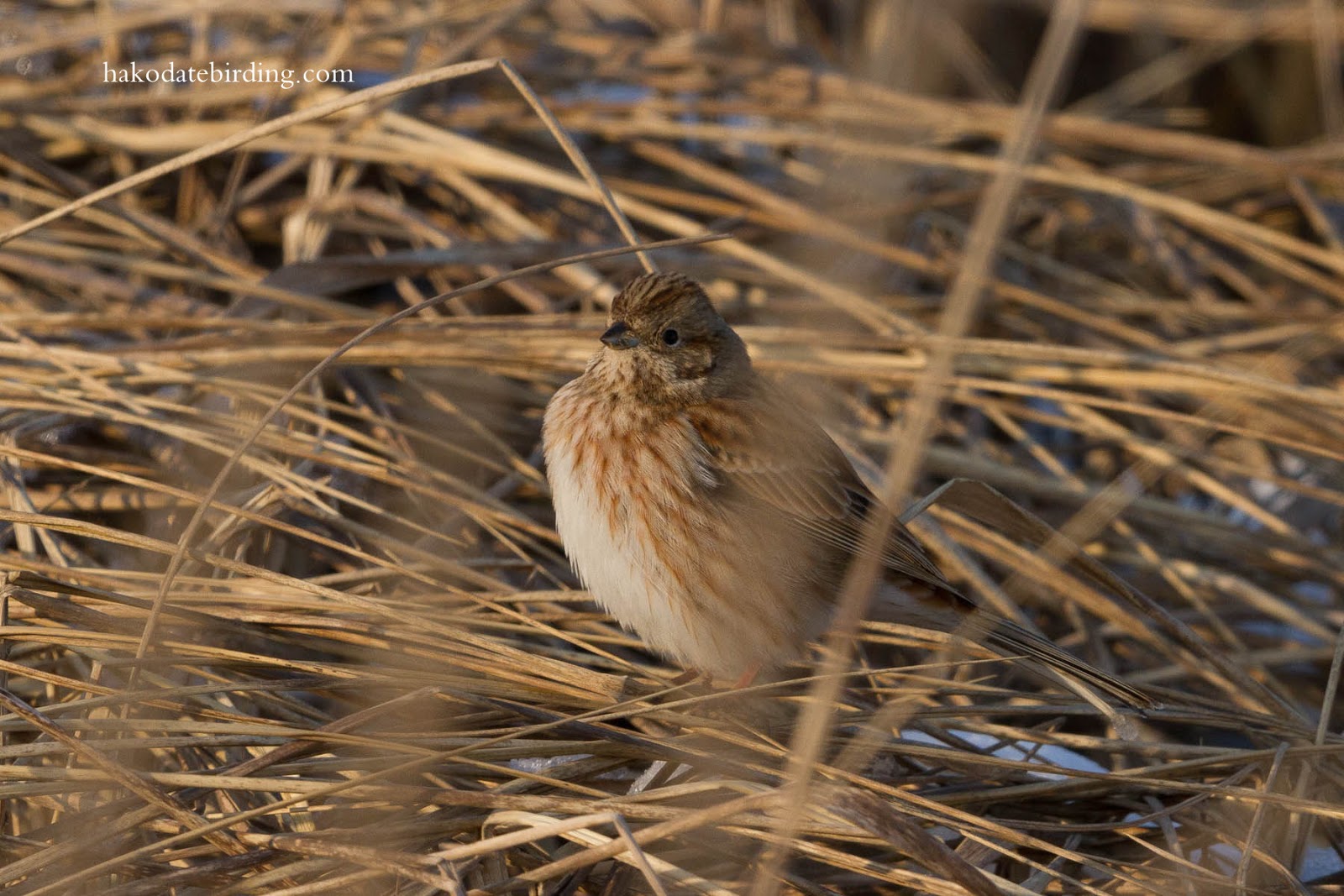 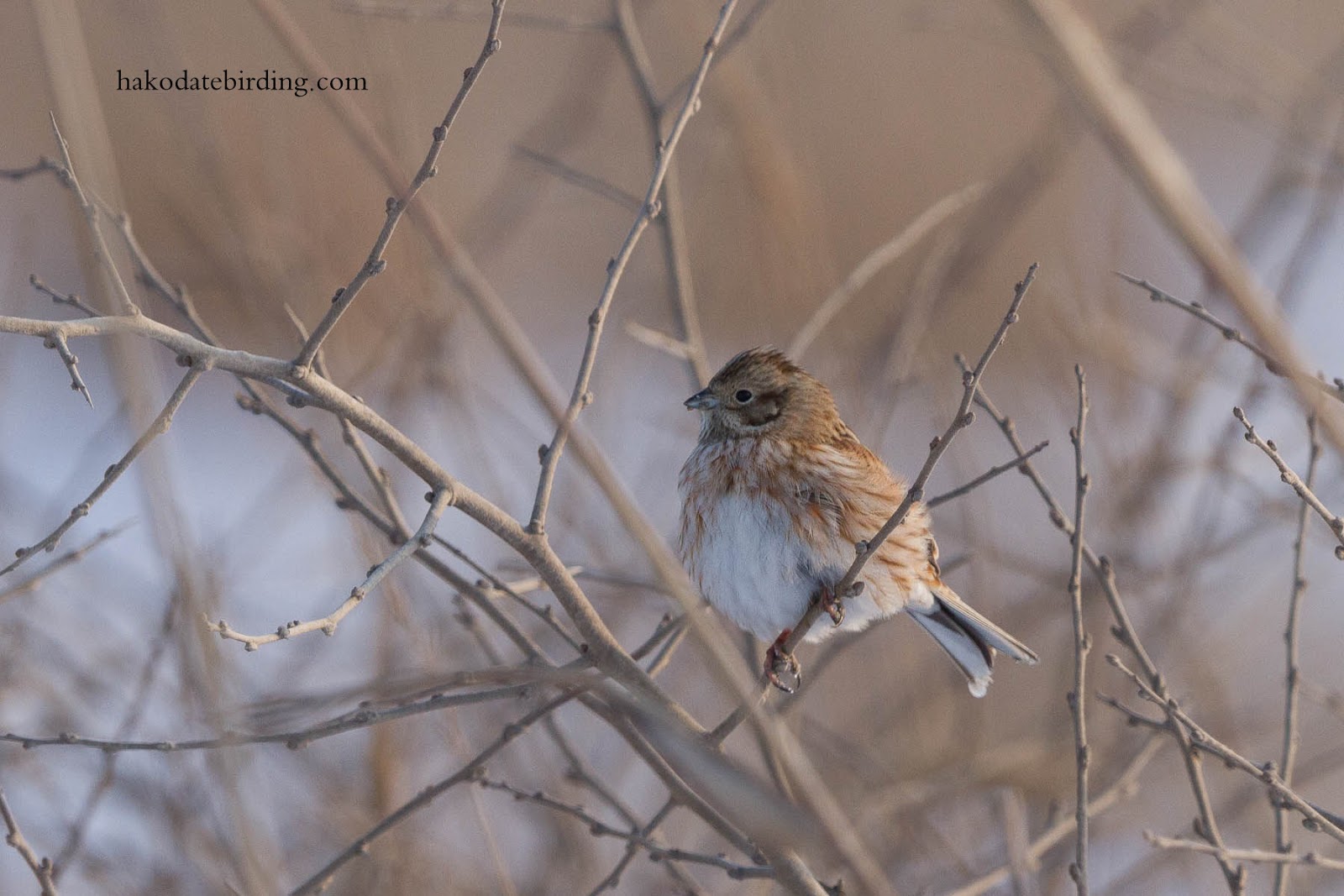 One of the photographers told me a Pallas Reed Bunting had been seen in the morning but I couldn't find it. Pine Bunting are a pretty good find though (only the 3rd time I'd ever seen them).

On the way home, as it was getting dark, a buzzard flapped off from the top of an electric pole. Was it the Rough Legged that had been seen last week? Maybe. Maybe not.

Wonder what the Gyr will do next weekend?