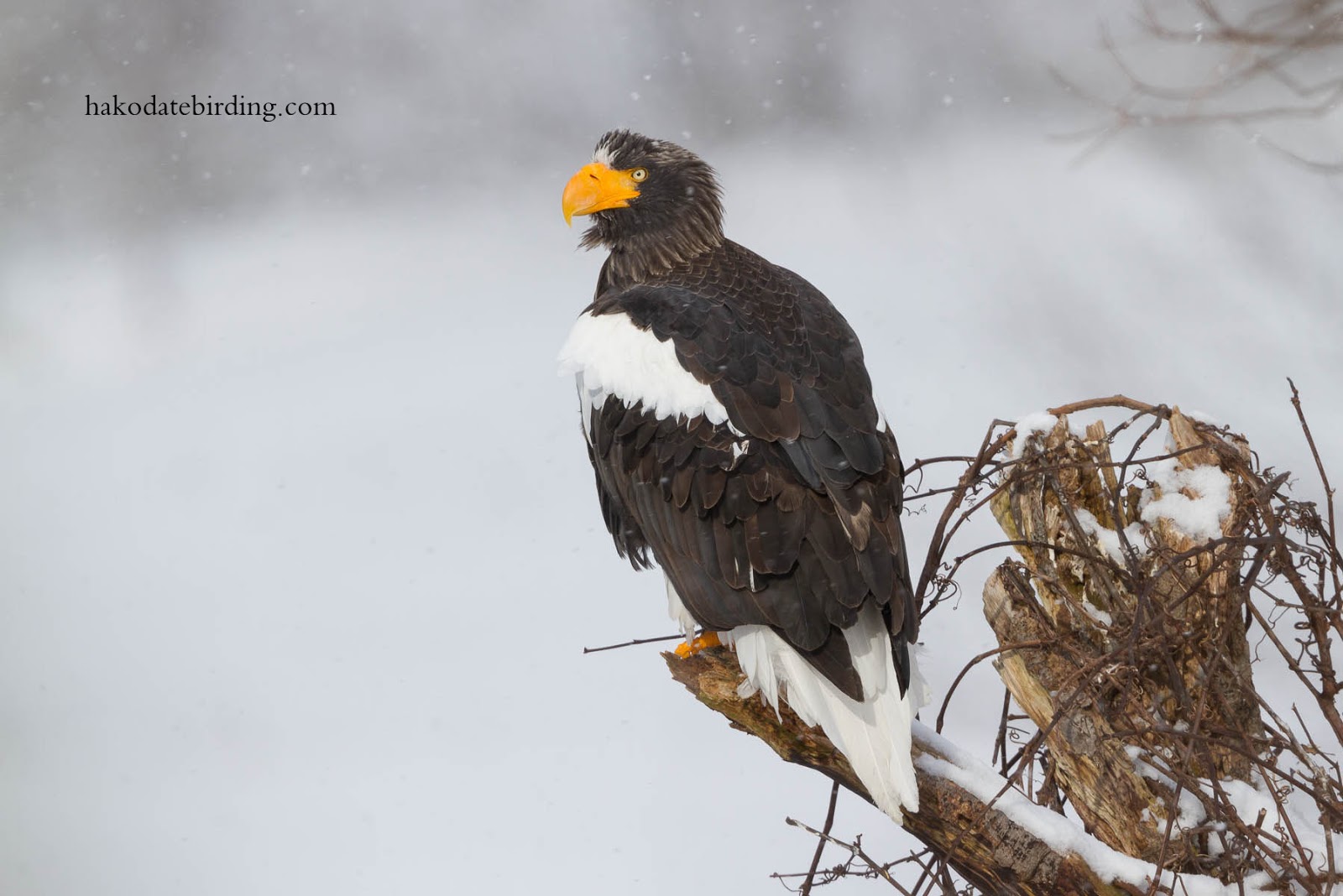 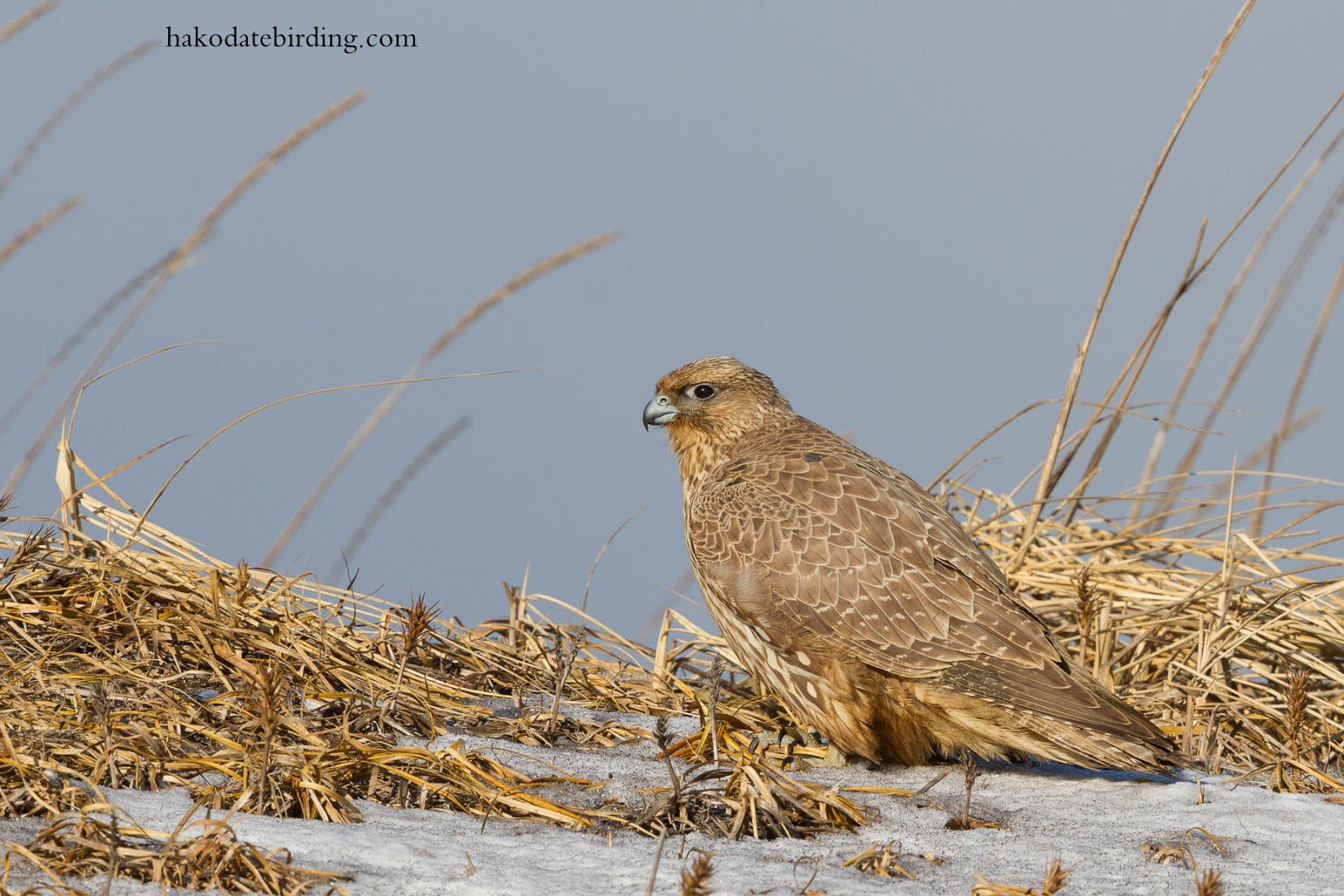 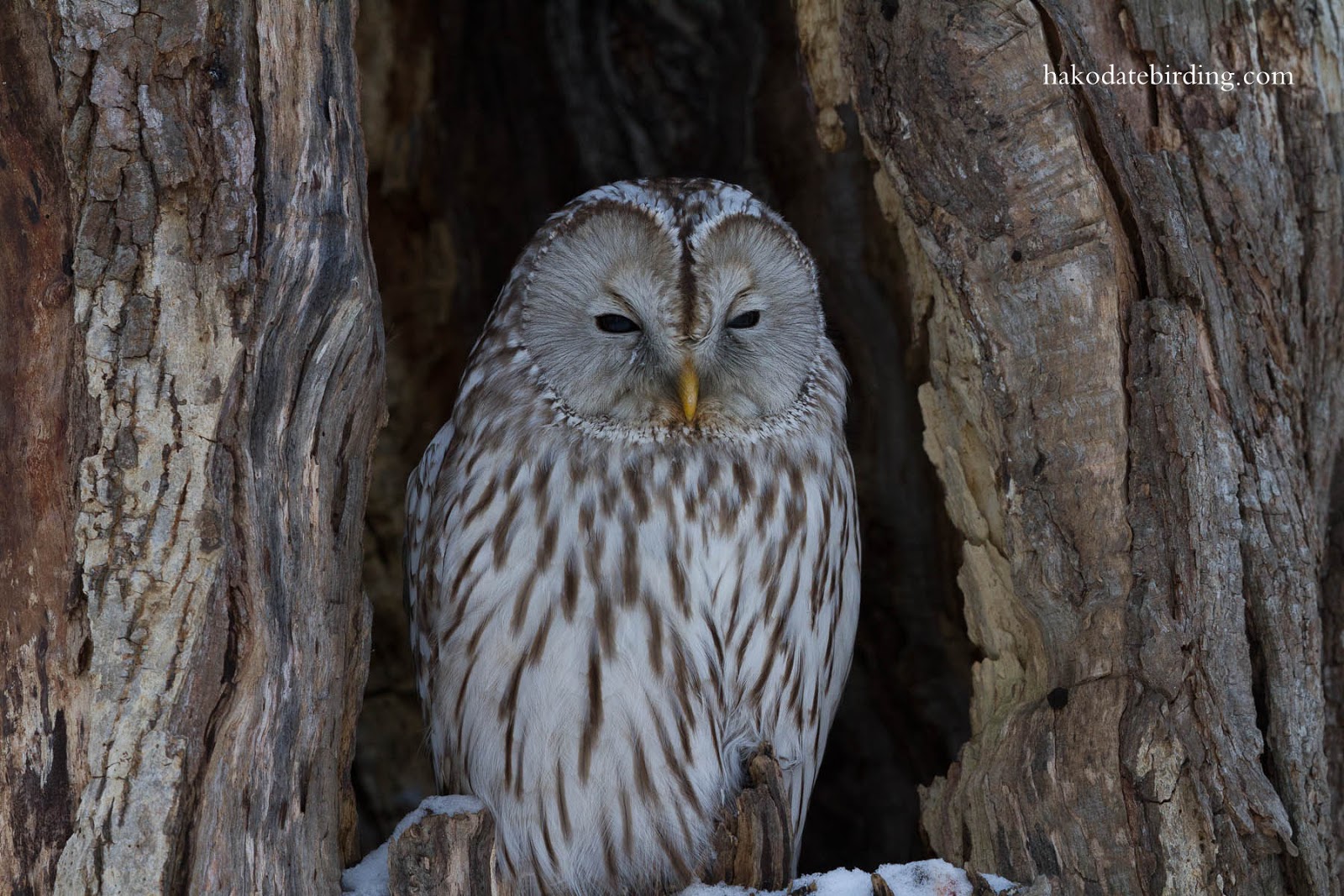 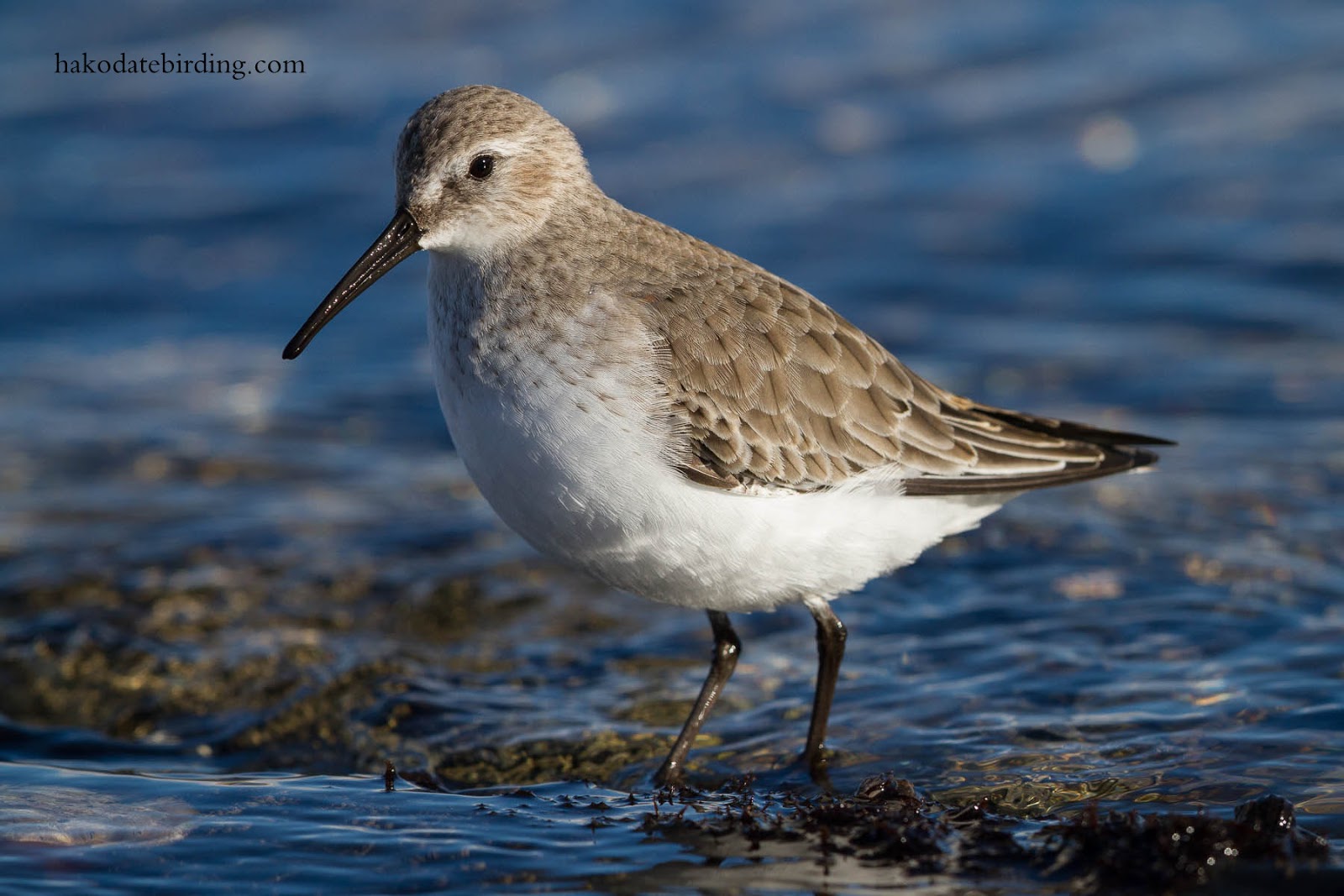 
We headed up to Yakumo yesterday, I was hoping for some interesting eagle shots. Feeding in the river hopefully. Nothing doing on the first day, the usual BIFs and perched birds................. 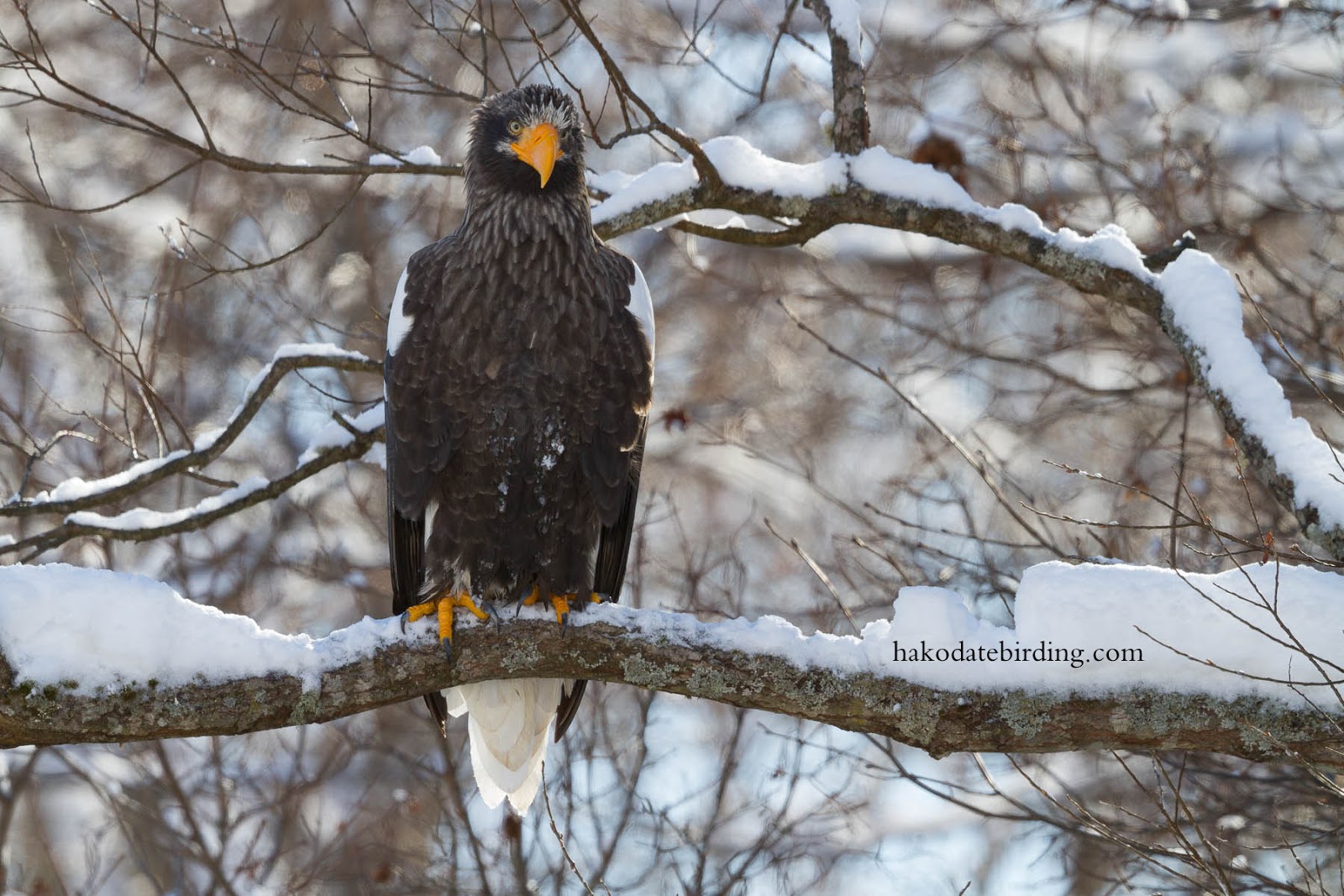 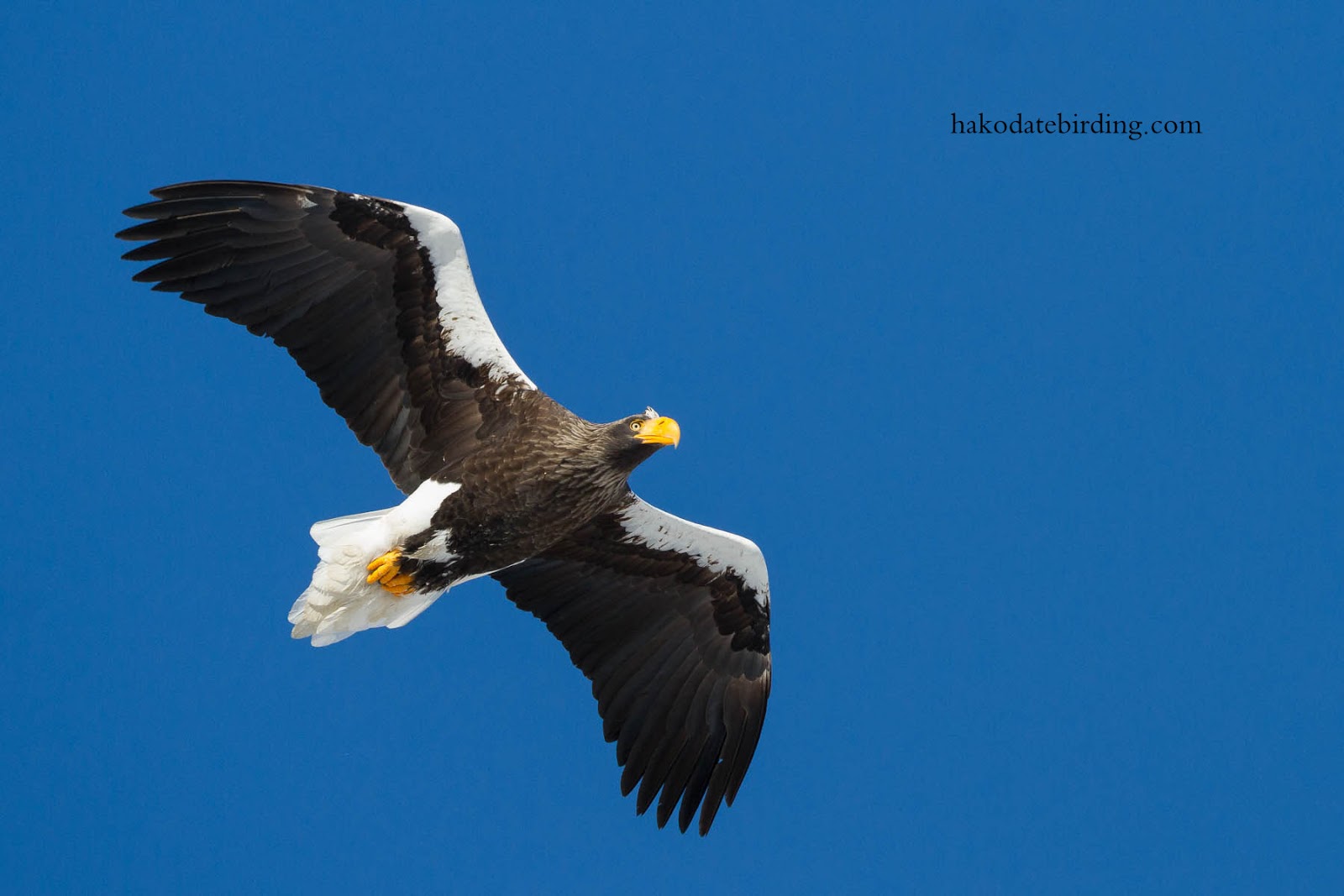 It was a beautiful sunny day so we took a break from the eagles and drove up to Oshamanbe to check the port. I was hoping for Long Tailed Ducks but they were absent (though I did see one on the sea, way offshore). There weren't that many birds at all in the harbour. 1 Black Necked Grebe, 1 Slavonian Grebe, a couple of Goldeneye, a few Scaup. Actually all the local ports have been very quiet so far this winter. It has got a lot colder so hopefully the birds will start moving soon.

There was a small flock of Dunlin on one corner of the port, these are here most winters. 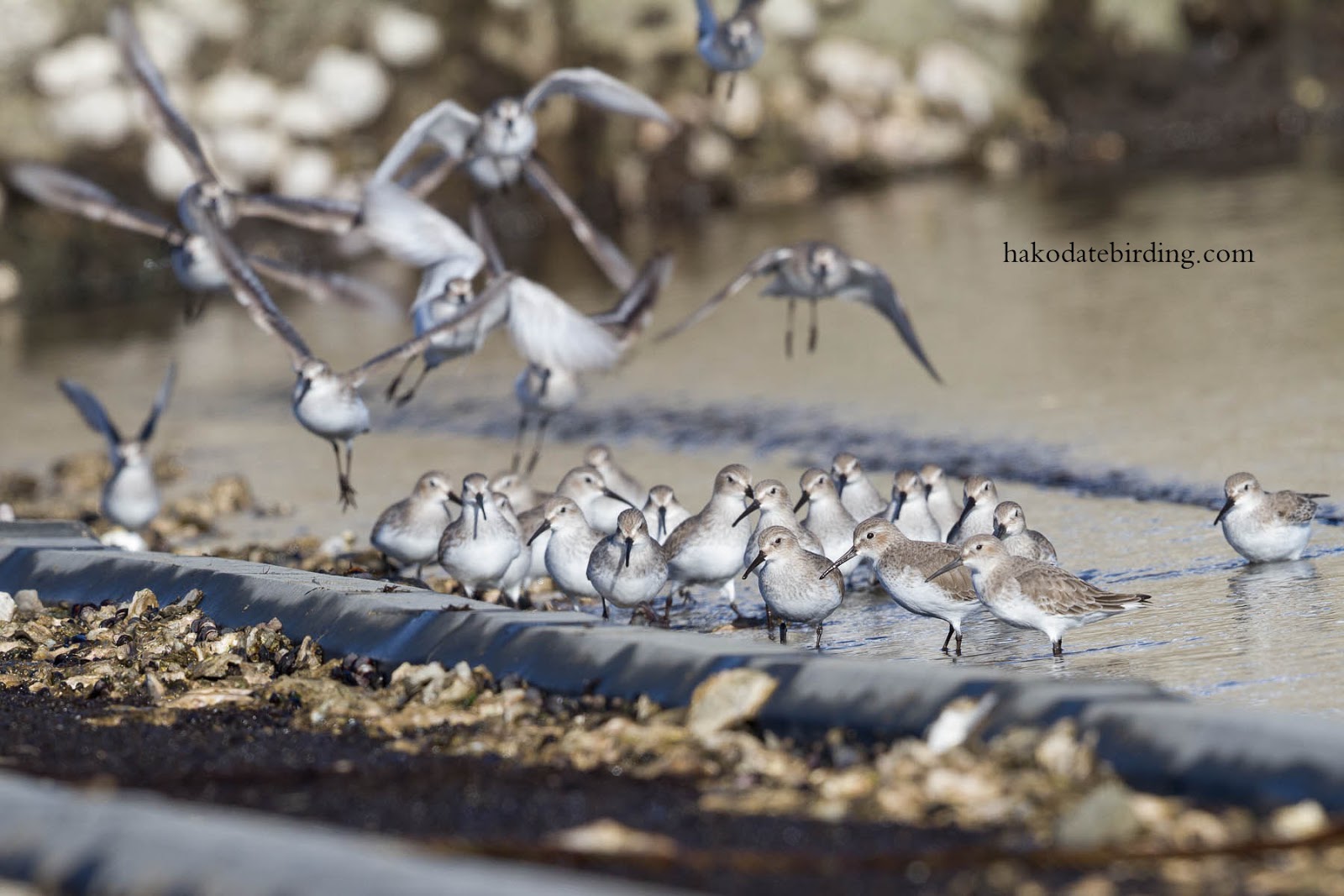 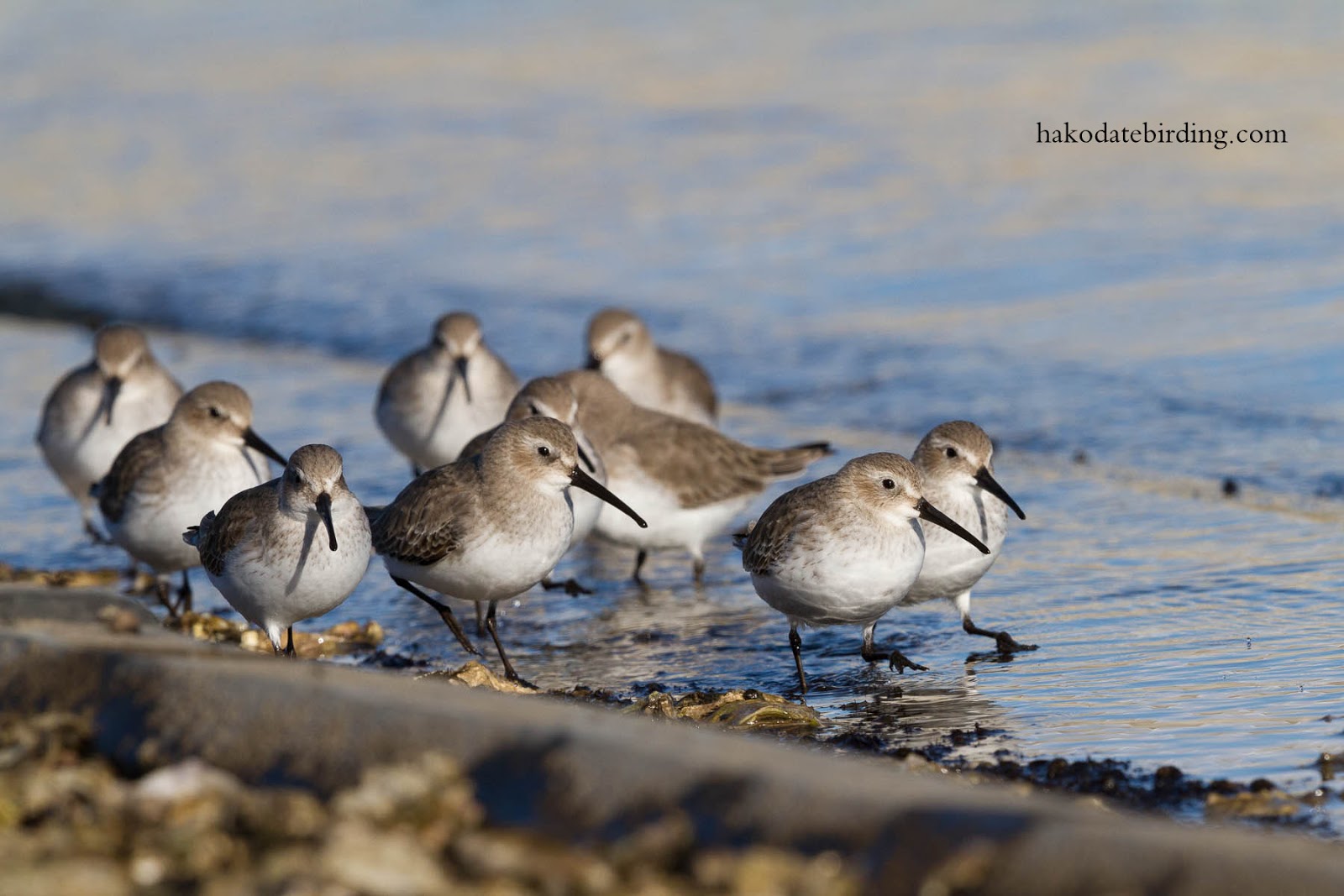 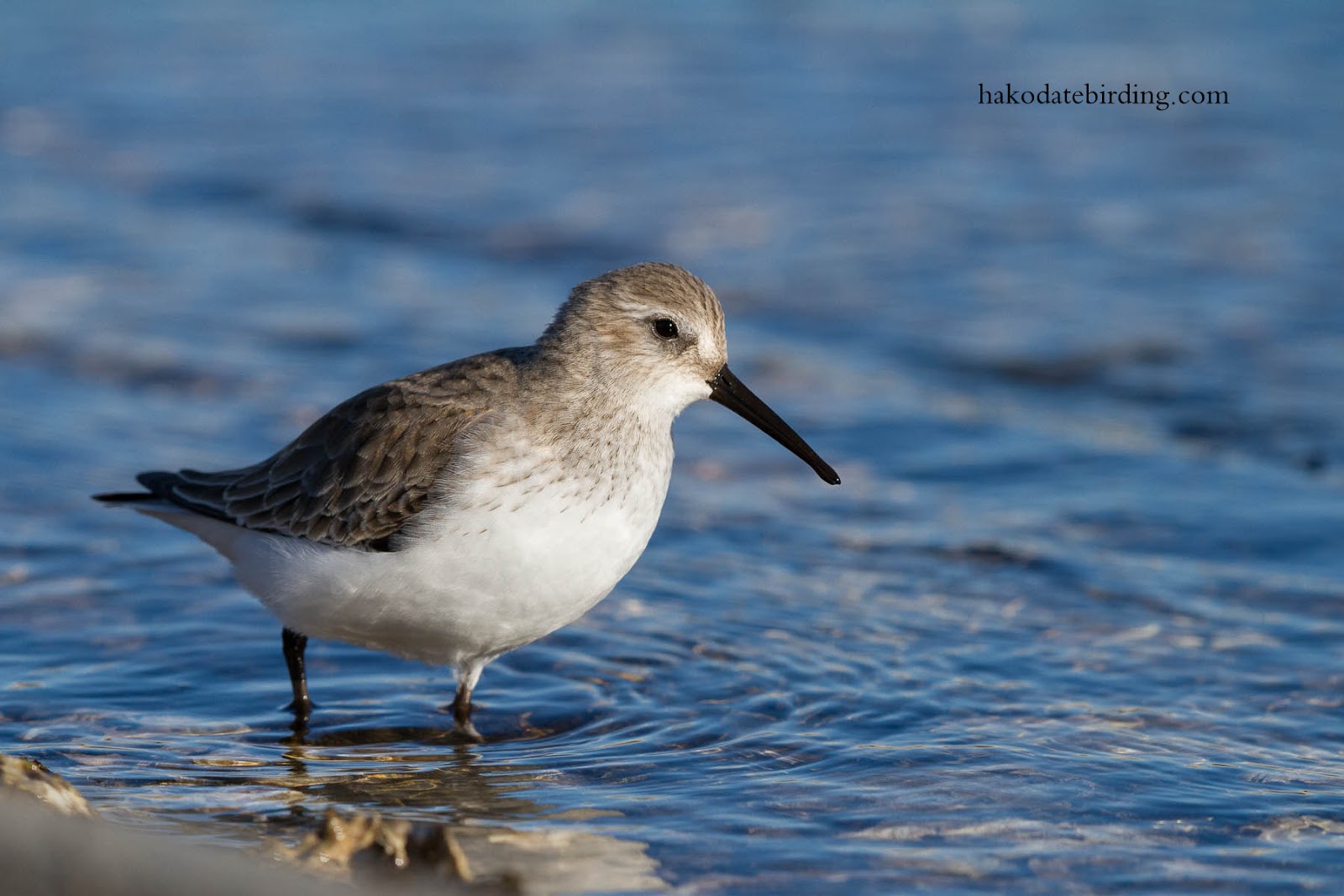 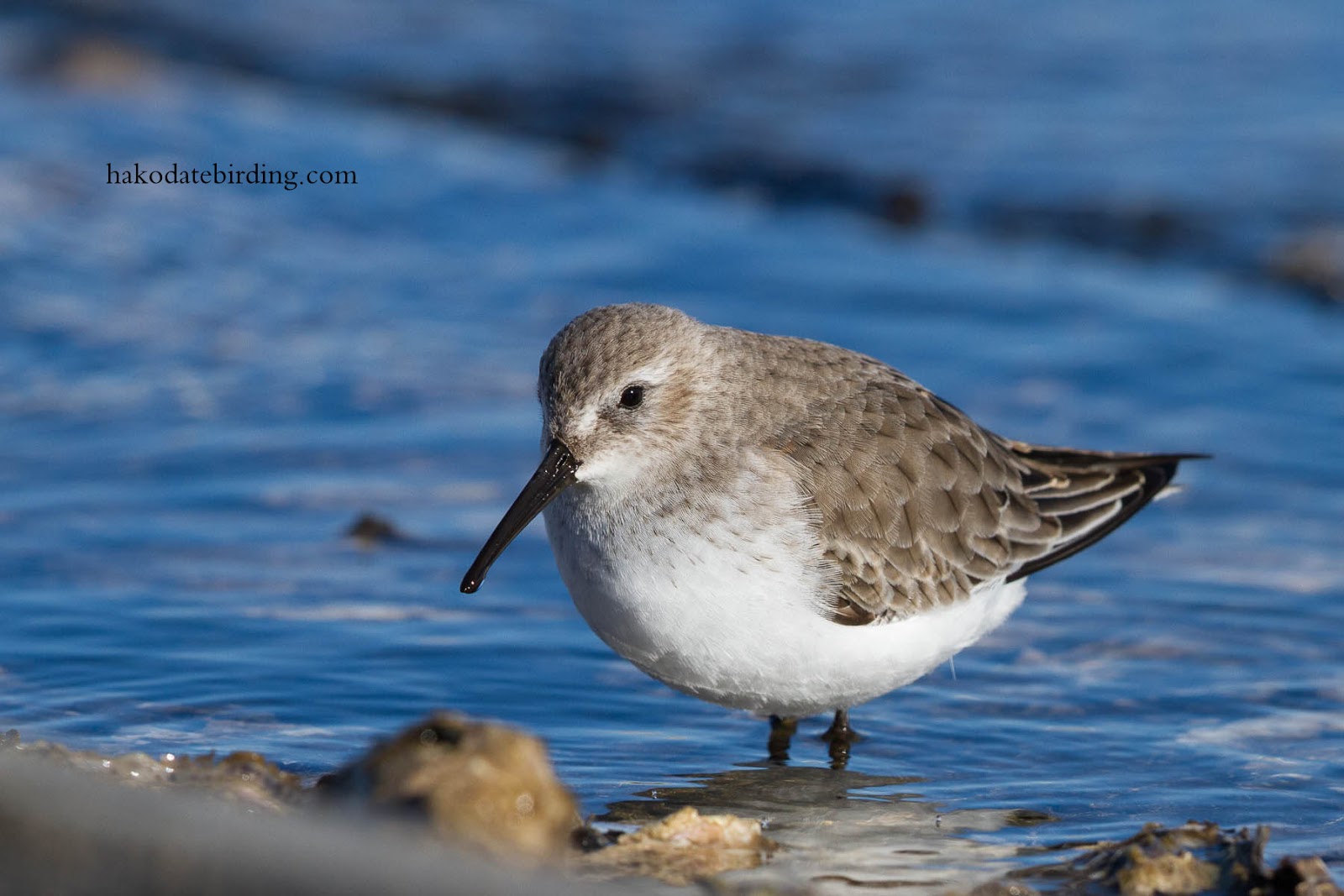 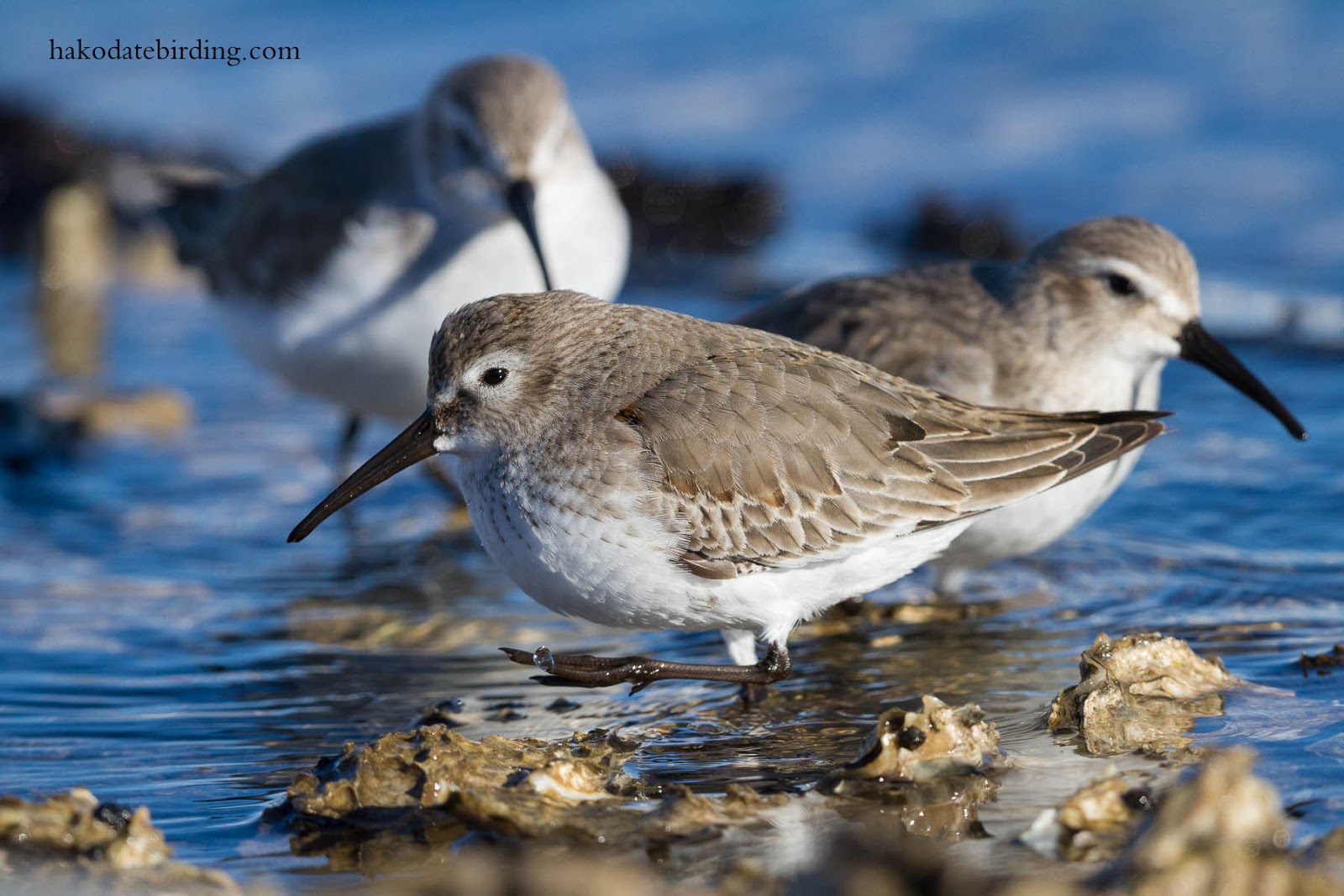 The weather was so nice we decided to stay a night in Yakumo in a cheap business hotel. (4200 yen per person seemed a small price to pay. I figured the eagles would come down early in the morning at first light to feed in the river, something that I've only ever photographed once in the likeliest looking spot. That was this time last year but it was during a blizzard.

So up we got at 6am and..................saw absolutely f***ing nothing. My theory that the eagles swoop down to the river, gorge on salmon at first light and then flap back up the trees to digest it was proved to be a load of horses**t.

We gave up after 2 or 3 hours waiting for the eagles to do something (they were strangely inactive). Just the usual pics just before we left............and this was in a different place anyway. 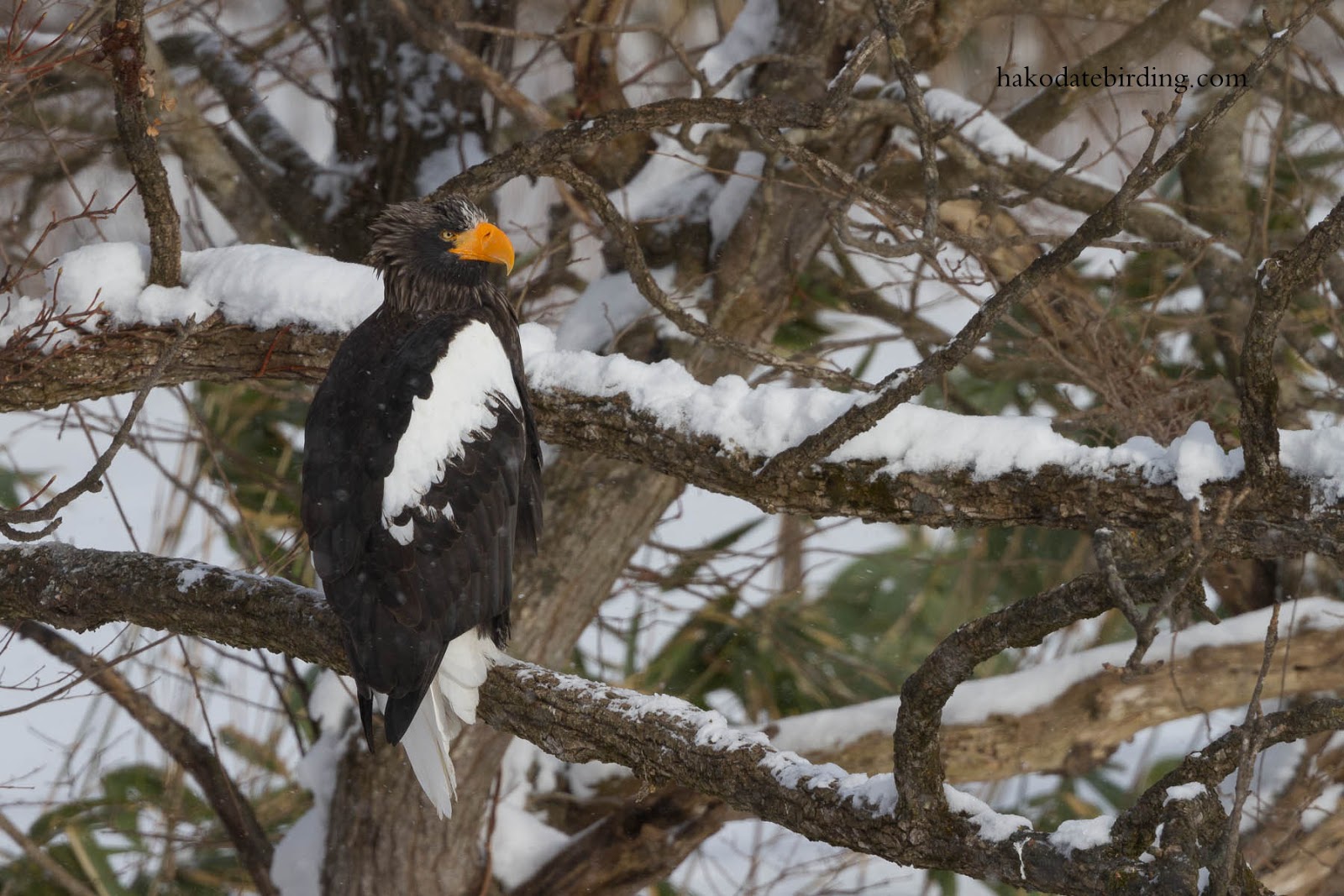 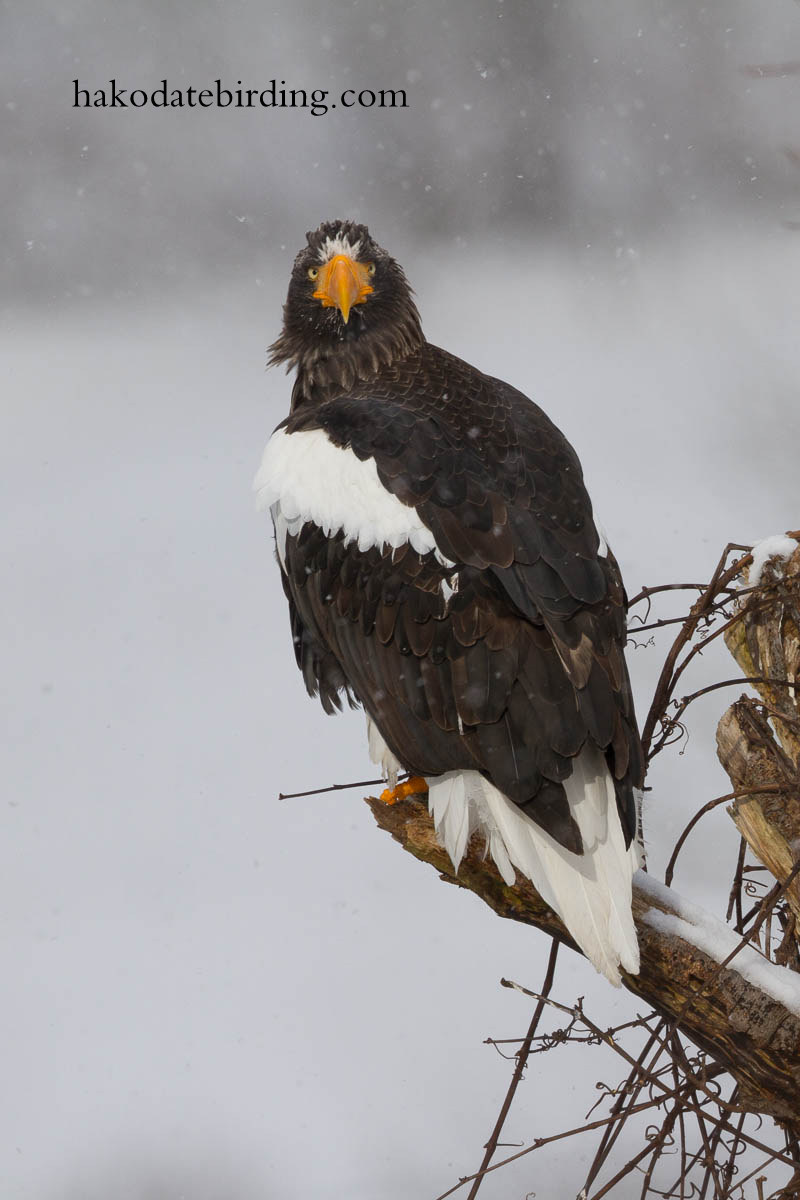 To the south the Gyrfalcon was still around. Some people photographed it eating a Slaty Backed Gull a few days ago. I haven't even got a BIF shot of it yet. It was sitting in the grass............. 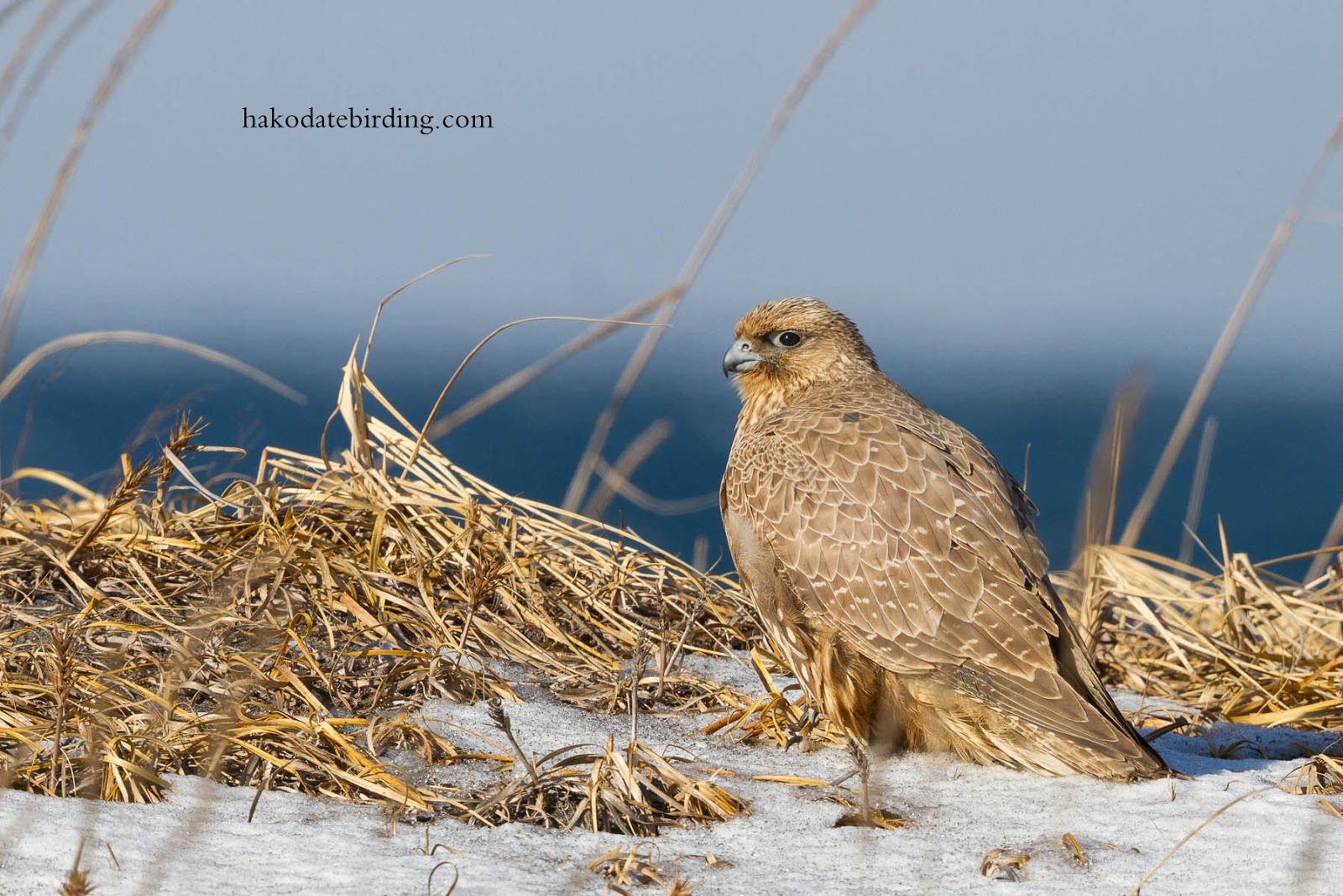 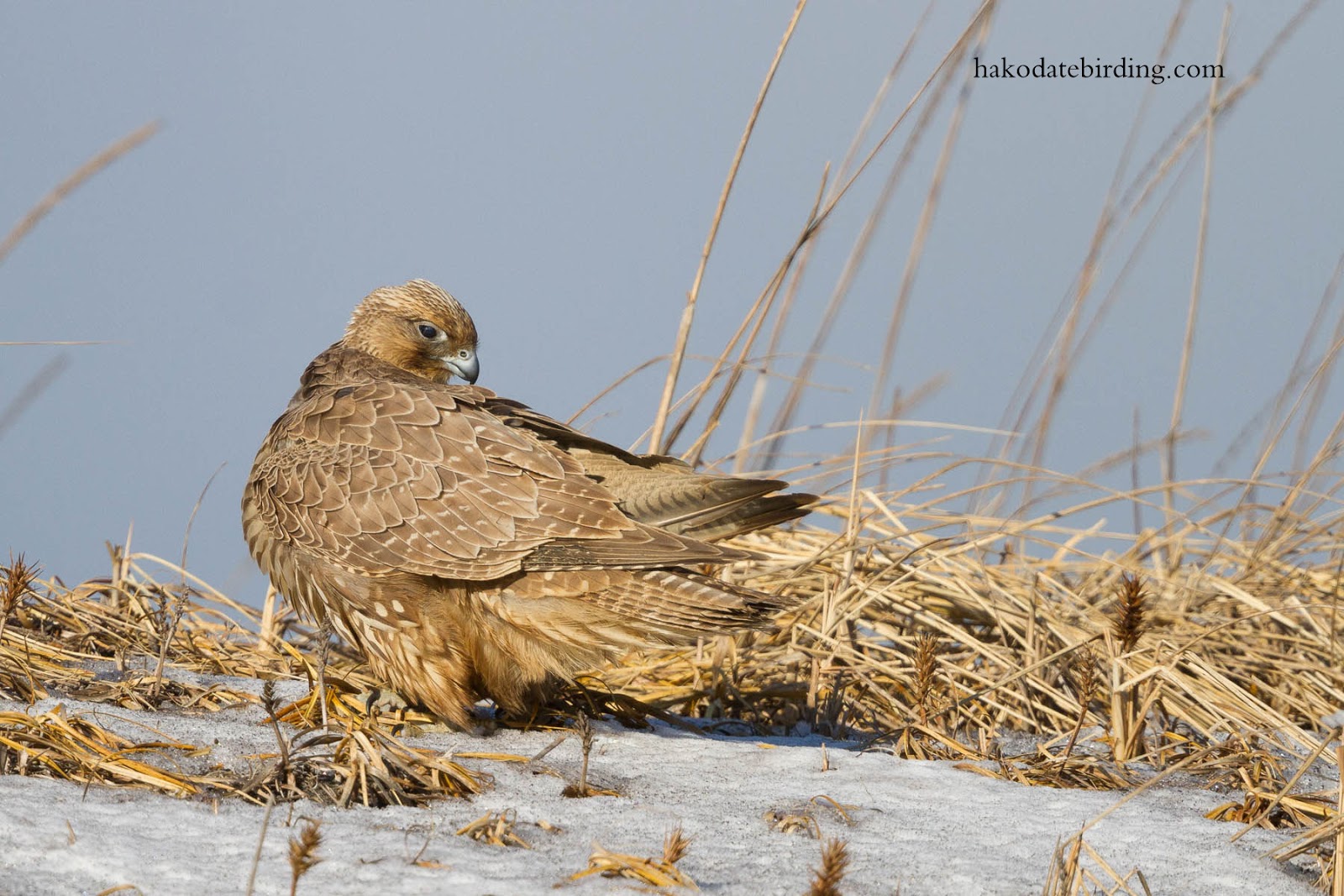 At Onuma the Ural Owl was still in its hole. 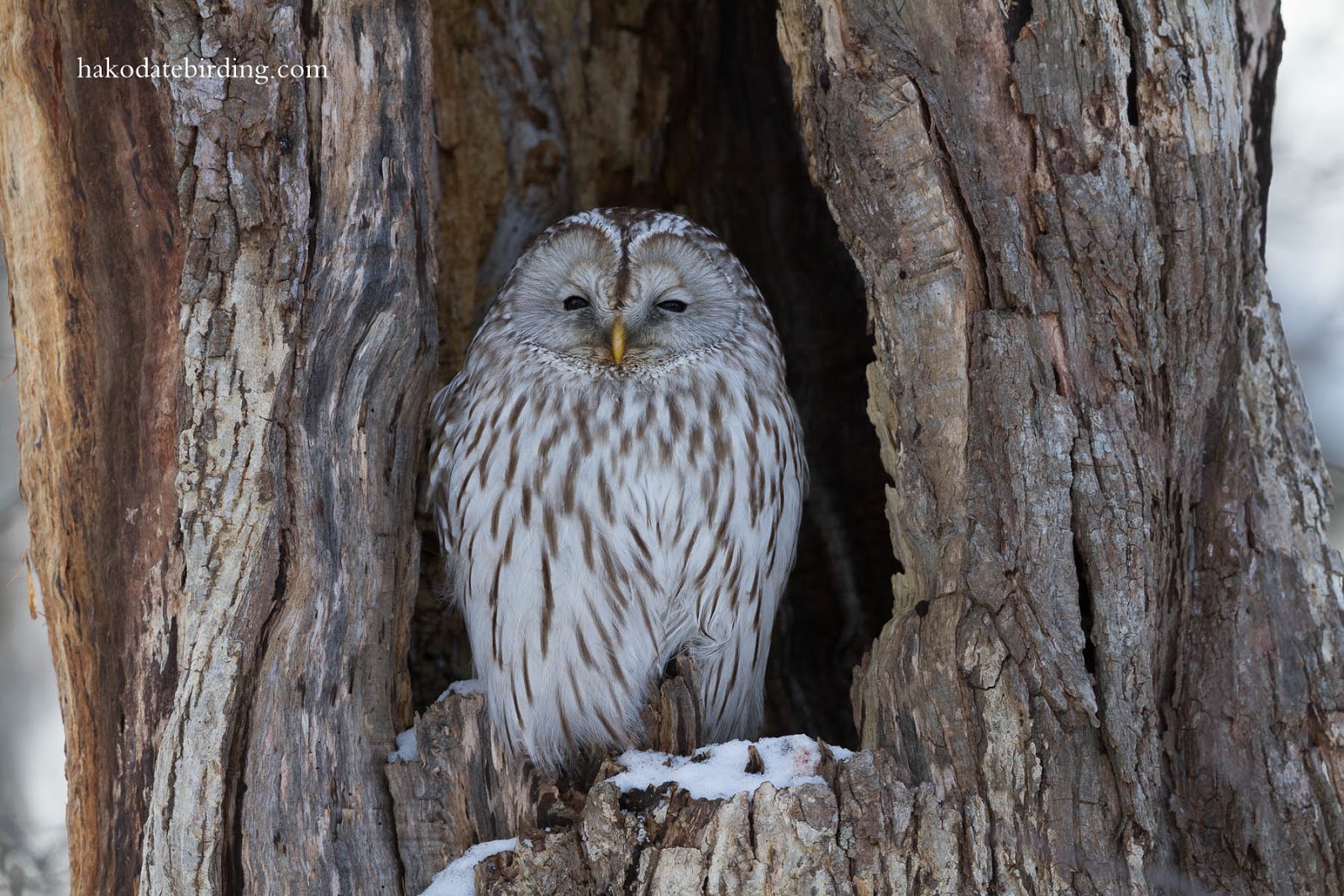 I've started using my tripod a bit more recently. The above owl pic (but not the top one), the Gyrfalcon and most of the eagle pics were with the tripod. Without I need shutter speeds of 1/500 or the shots are a little blurry and some of the eagle and all the falcon shots were with a 1.4 teleconverter.

Black Woodpecker, Hawfinch, Redpoll and various common stuff was at Onuma including this Great Spotted Woodpecker and this Great Egret. 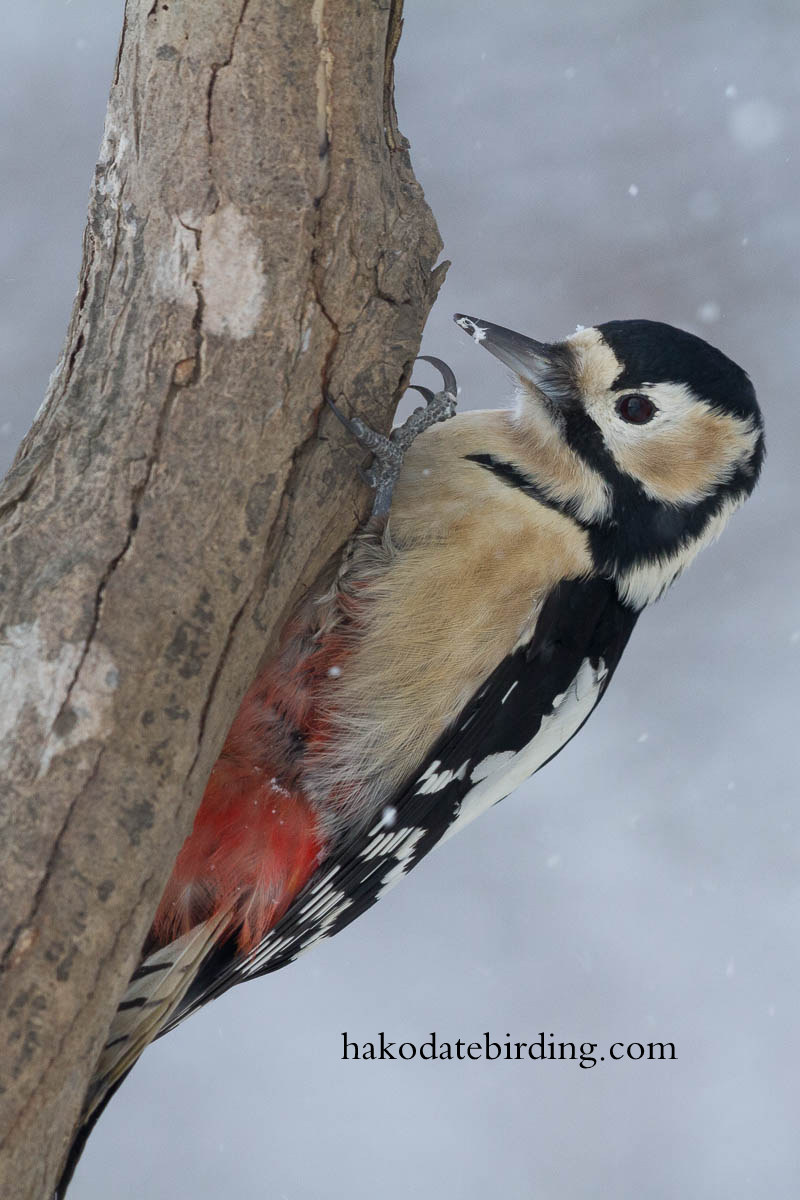 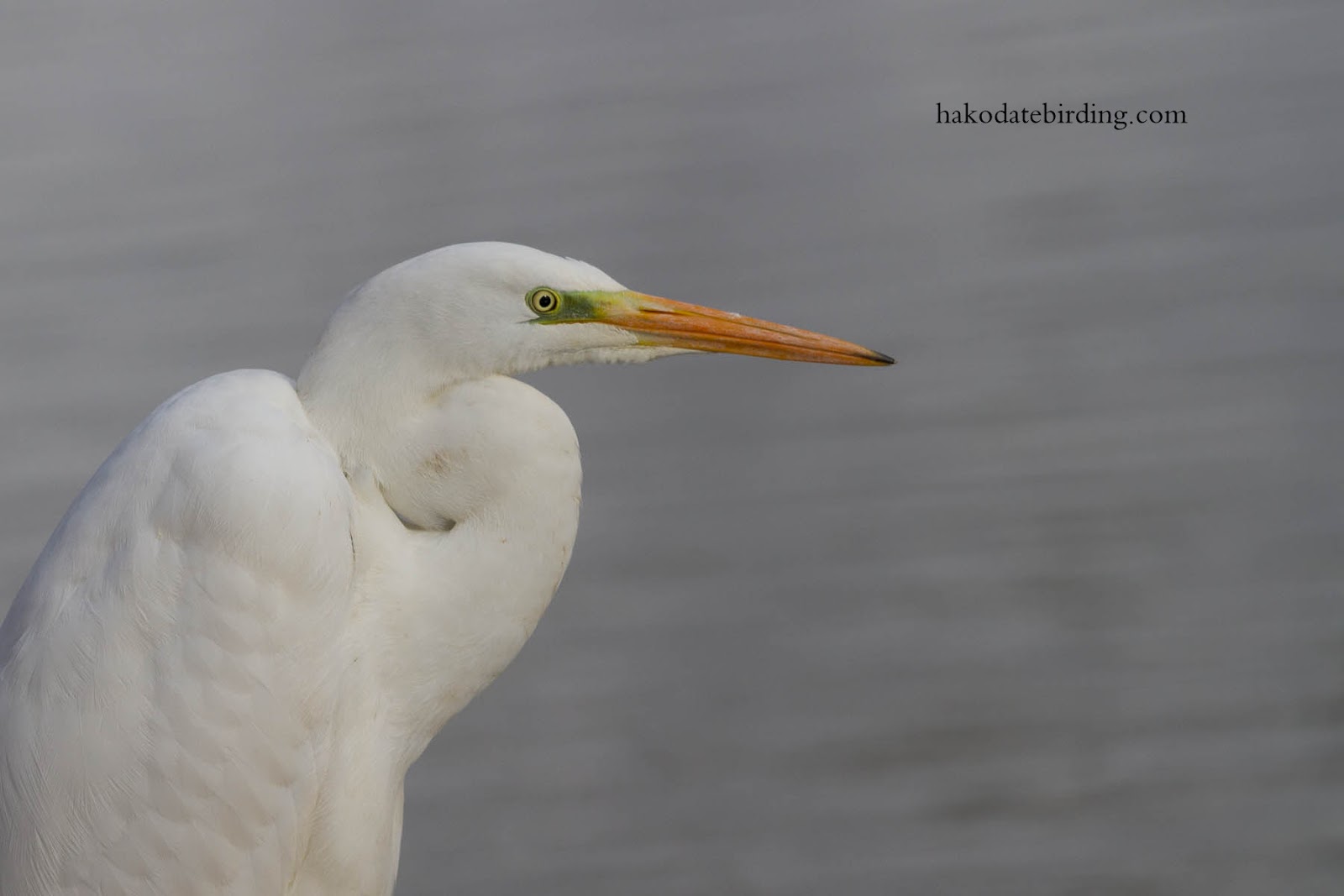 I stopped even following the Ashes after they slumped from a winning position in the 4th Test and discovered almost by accident they'd lost 5-0, my god what an utterly lame effort that was.