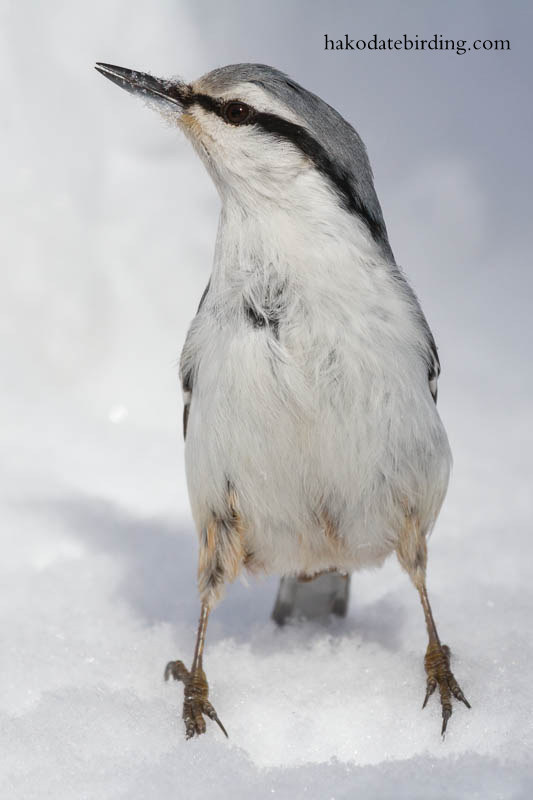 We spent most of the day at Onuma. The lake is still 99%  frozen and there was the usual flock of Whooper Swans and Mallards on the one tiny ice free patch. The lone drake Pintail was still there...............it must have stayed the whole winter. 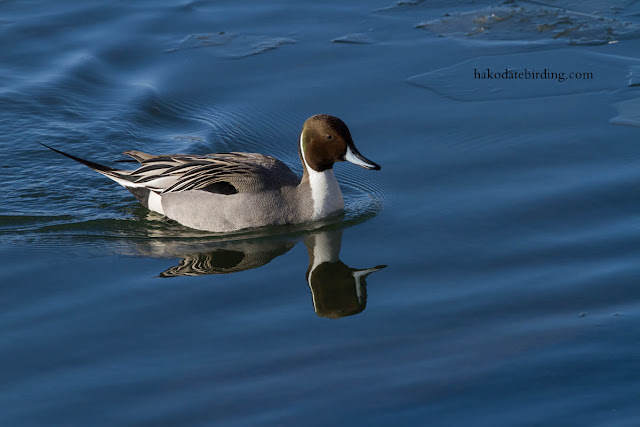 I tried taking some swan pics but they were all crap. There were also a few Smew well out of camera range and a White Tailed Eagle flew over in the afternoon.......

The Nuthatches were as photogenic as ever. 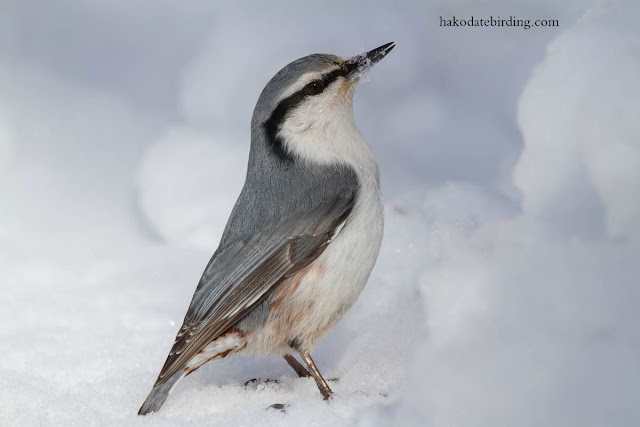 In case you stumbled across this blog and are thinking wow how did he get so close here's your answer. 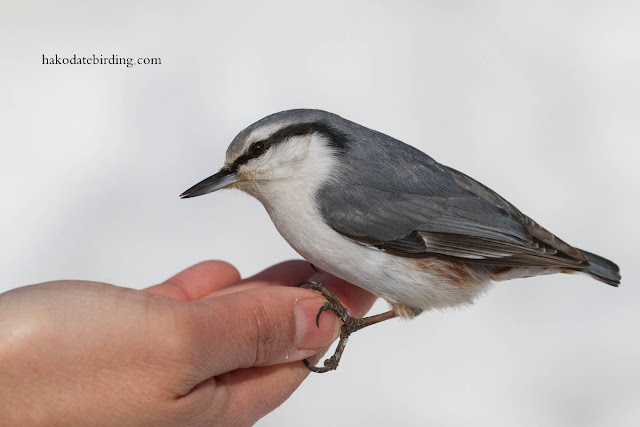 A couple of Varied Tits put in an appearance but they were not so tame. 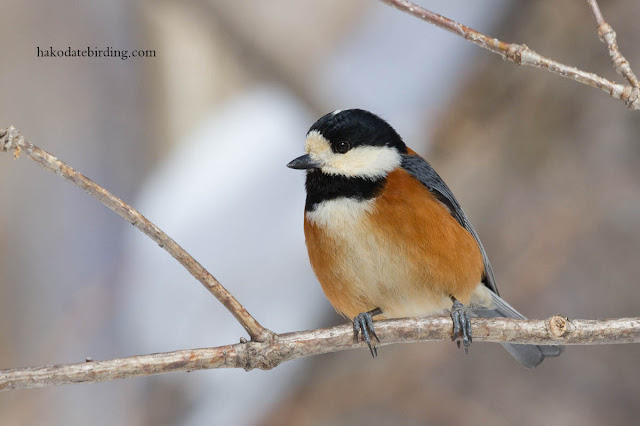 I took a side trip to Sawara. The port had Black Scoter, Goldeneye, Scaup, Harlequin Duck and Black Necked Grebe but nothing was tame and everything stayed out in the middle. 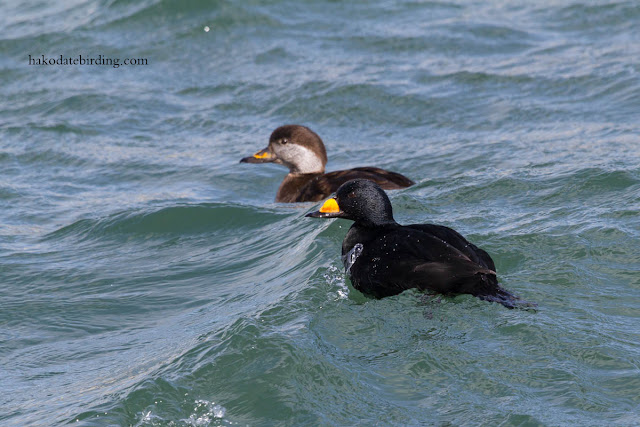 White Tailed Eagle and Peregrine were around but no chances of a photo so we went to a huge seafood processing factory to photograph the gulls and kites. 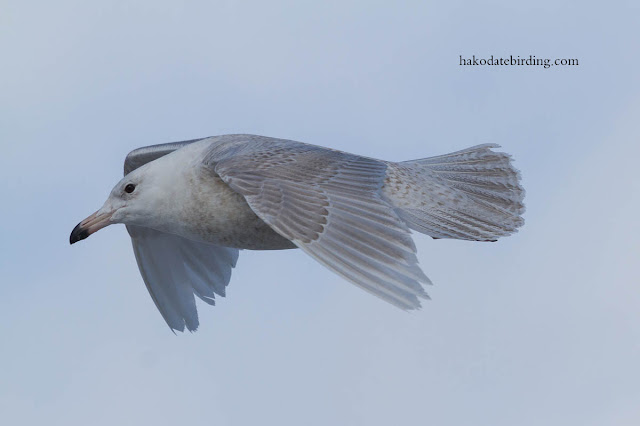 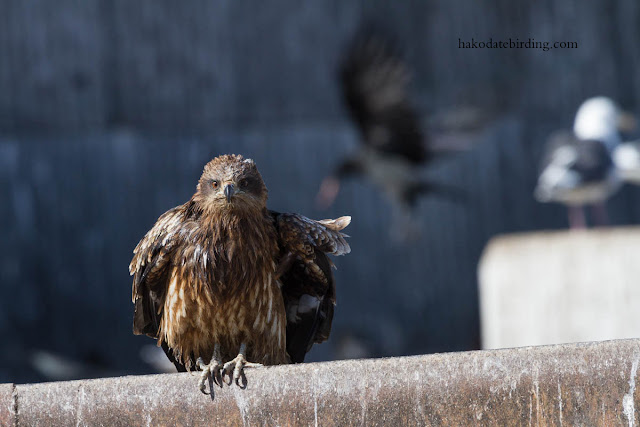 We only lasted a couple of minutes. What a f**king dump. Hordes of kites, crows and gulls knee deep in rotting fishy offal. 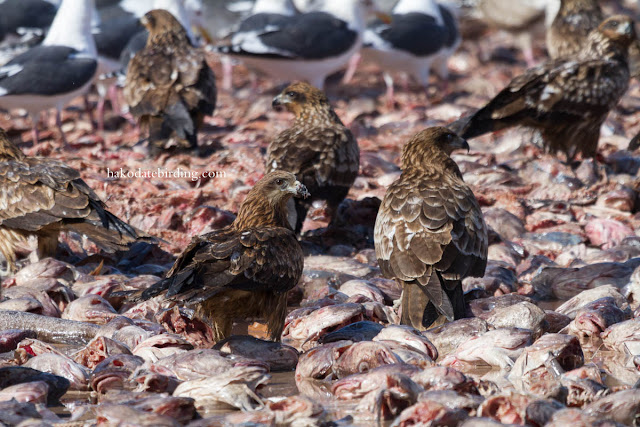 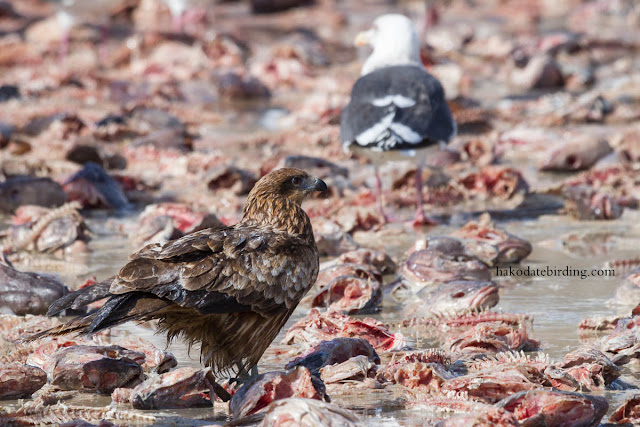 They all took off as I approached and I got covered in birds**t. They totally splattered my down jacket, camera and even my face.

The Nuthatches and Tits are much more civilized. 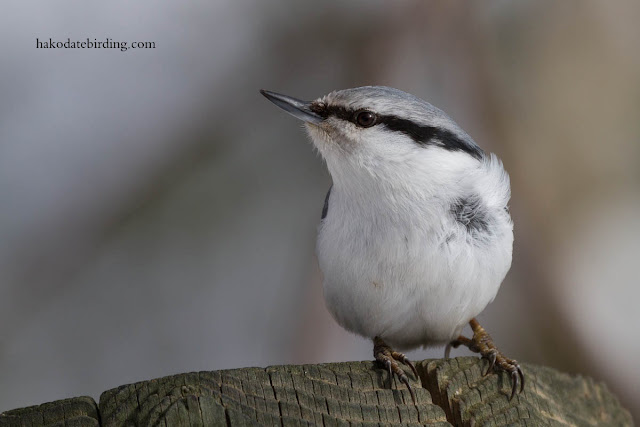 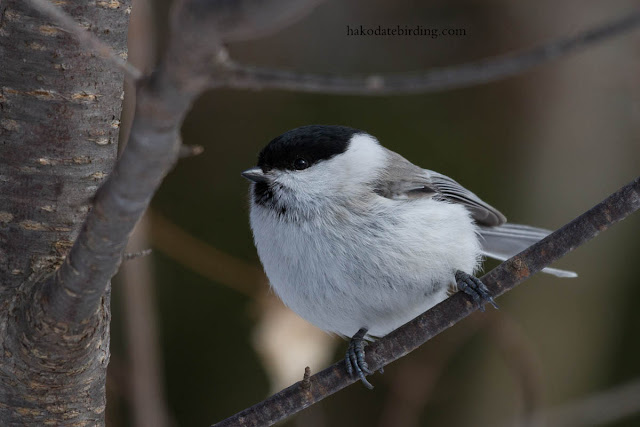 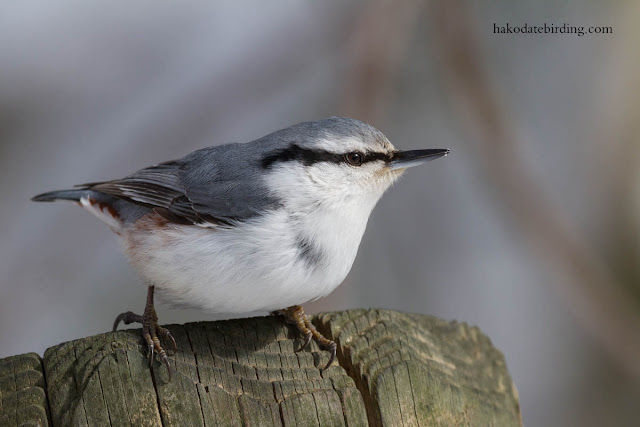 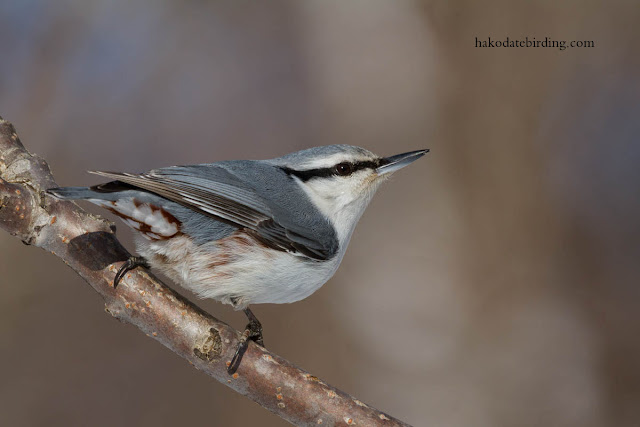 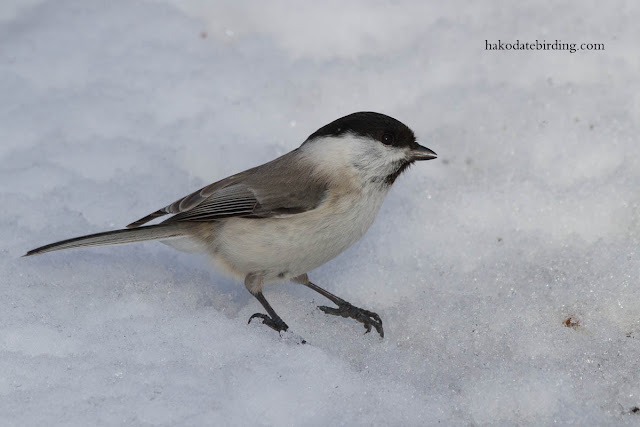