So that was January then 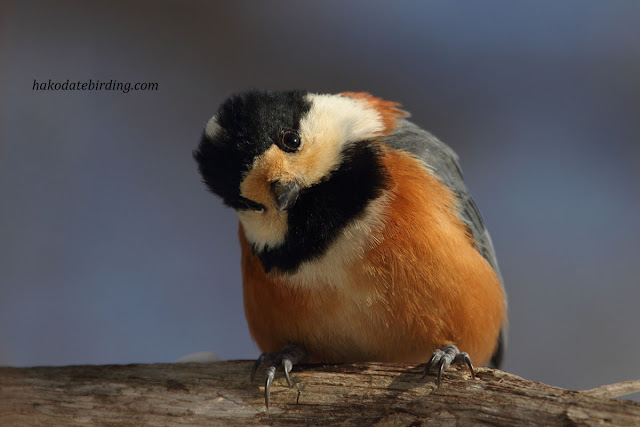 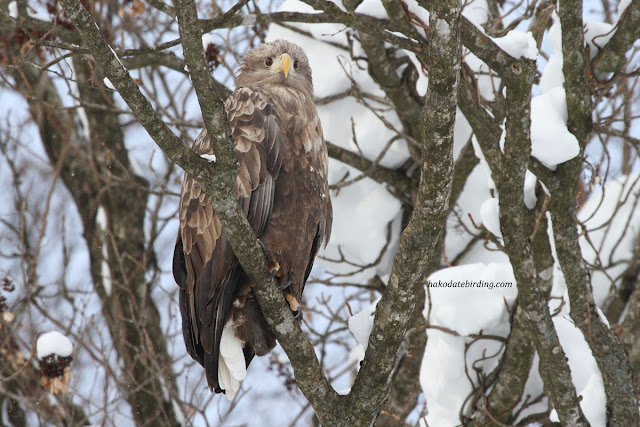 So that was January then and what a cold snowy month it's been........

Another trip to Yakumo yesterday to see the eagles, this time with Tomohiro (thanks for the driving!)................and again we were thwarted by blizzards. It was slightly better than last Friday though, indeed for the first 10 minutes it looked very promising indeed. 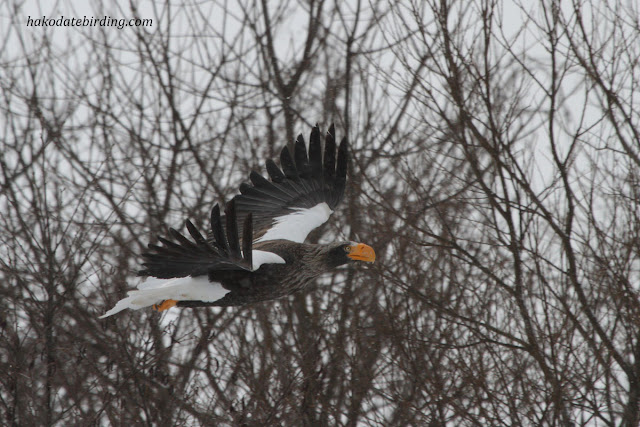 I messed up the settings a little with this BIF, I should have set a higher shutter speed. There were quite a few eagles downstream again including this very tame male White Tailed Eagle. 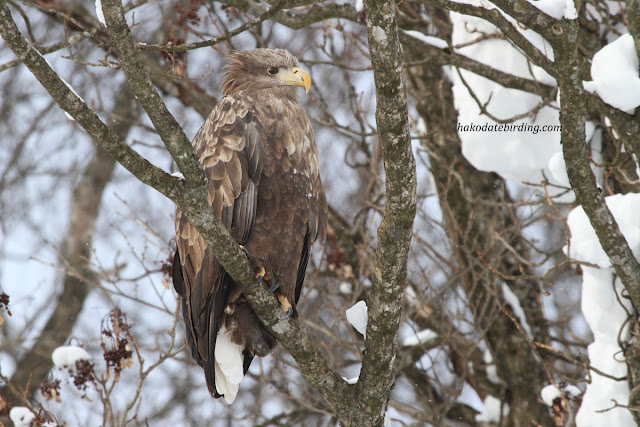 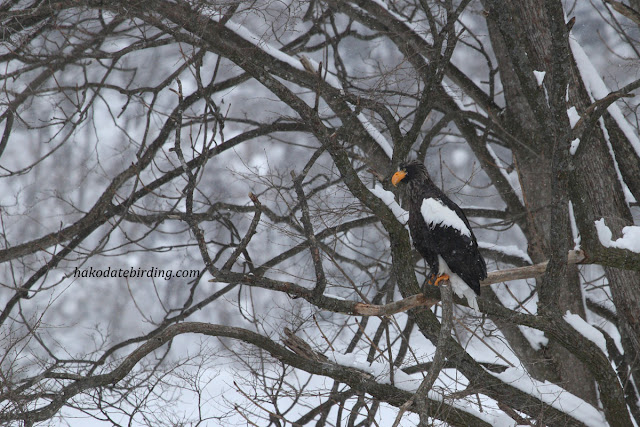 And then the blizzard started. This Stellers Sea Eagle was very close but in between it and the camera were rather a lot of falling snowflakes. 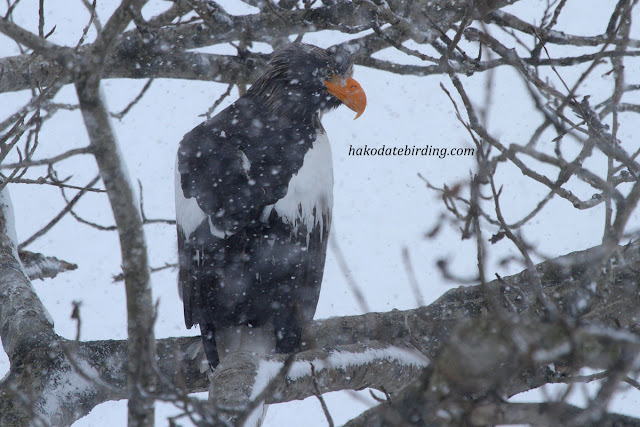 We headed back south to Sawara to check for the Snow Buntings that are overwintering there. This would be a new one for my Japanese list (I've seen them in the UK). Unfortunately the snow was so deep and the wind so cold we gave up after a few minutes and headed down to Shikabe the check the ports. There were some interesting birds around (Harlequin Duck, Black Necked Grebe etc) but nothing close enough to photograph so we ended up back at Onuma which had avoided the blizzards and was nice and sunny. 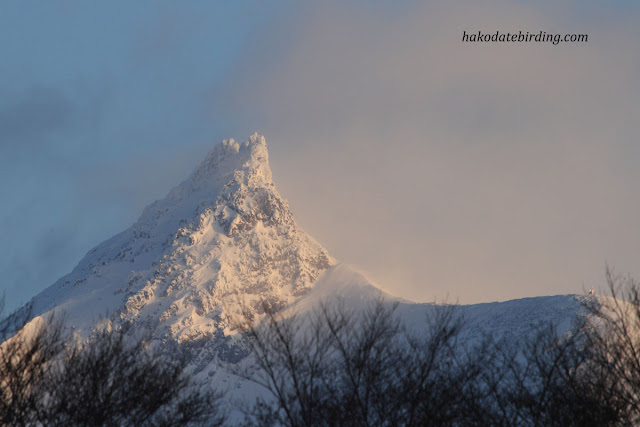 The tame Tits and Nuthatches obliged as per usual. 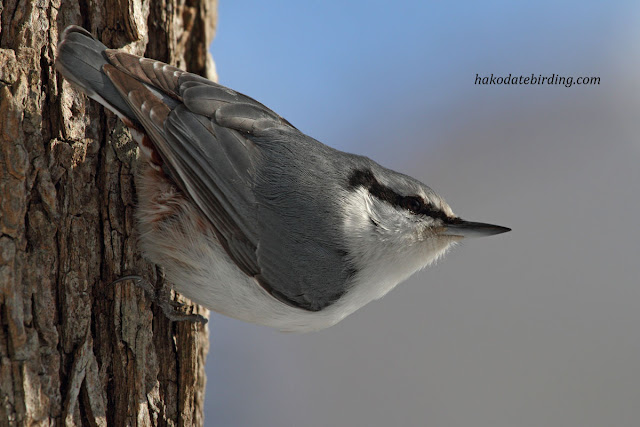 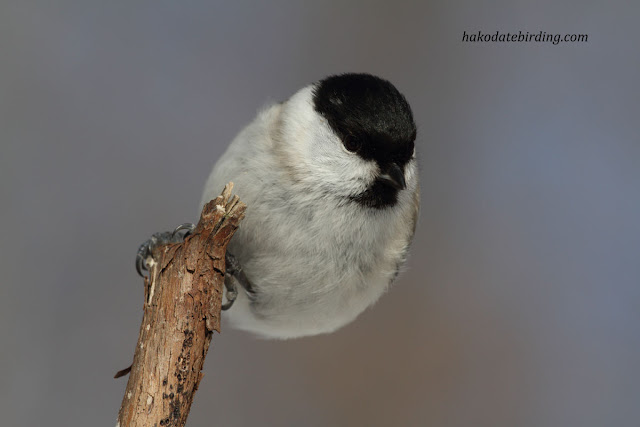 The Snow Bunting would have been #250 on my Japanese list. On the way back we stopped off at a place where a Great Grey Shrike had been seen a couple of weeks ago, of course it wasn't there, another chance too hit 250 scuppered...............again a species I haven't seen in Japan (but I have in the UK).

I just started watching 'This is England 86' which seems pretty good so far, after that I have 'Red Riding' to work through as well as a weekly dose of 'Shameless'. Chasing Snow Buntings and Great Grey Shrikes and watching these kinds of TV shows: it hardly feels like I'm abroad sometimes.