Slow week but some crappy pics of a semi-rarity 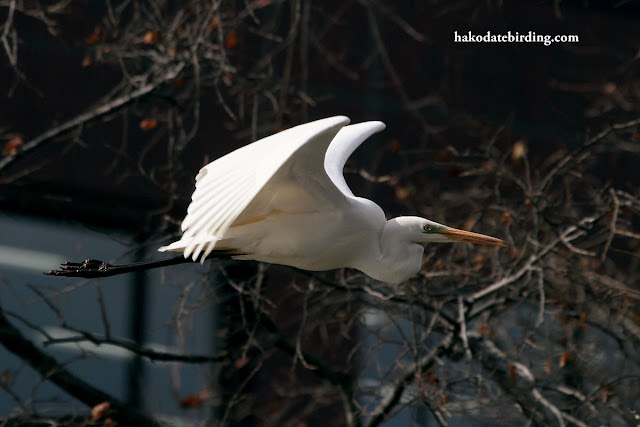 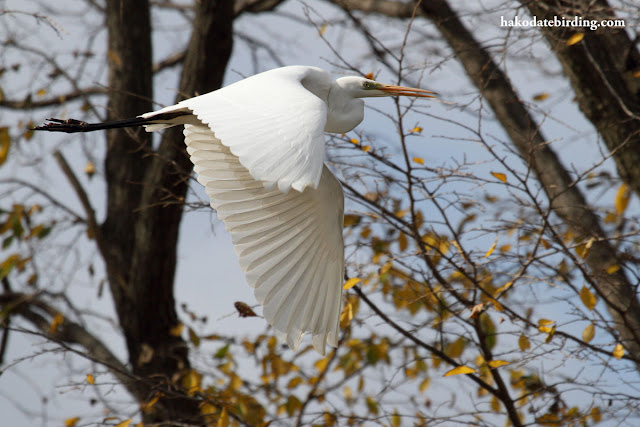 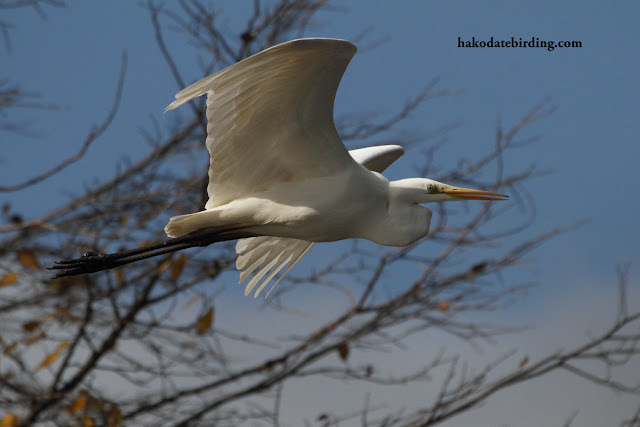 The 7D continues to be an excellent BIF camera, this was one of 2 great Egrets on the local river and all 3 shots were from the same rapid burst.

The Egrets were one of 3 heron species on the river and these shots were taken on particularly overcast days. 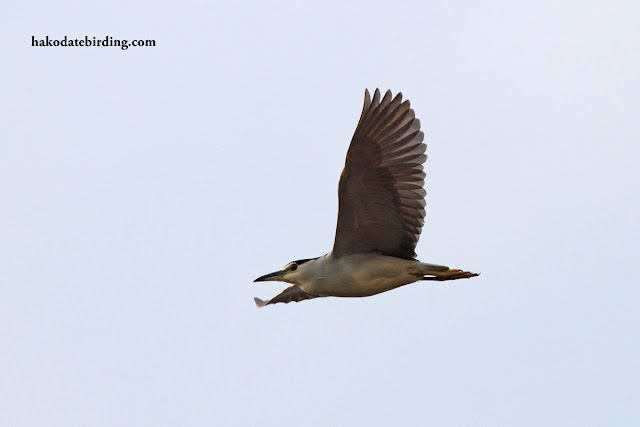 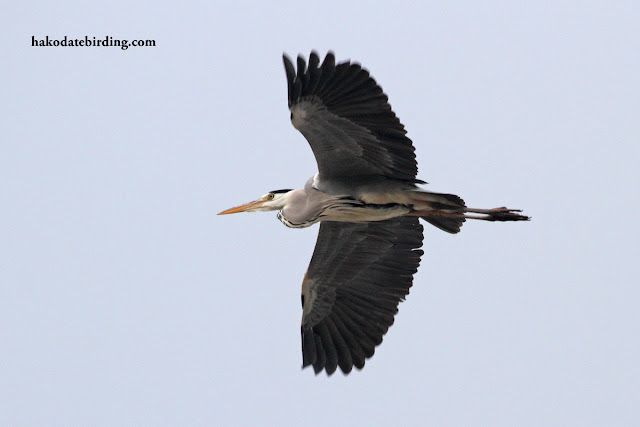 More trees have been cut down by the river, I have no idea why. Like I say I'm sure it's just the City Hall spending tax ¥en. I really really hope it doesn't mean they're going to 'improve' the river. As anyone who has spent time in Japan will attest the locals just love concrete (or at least those locals who are in charge of government budgets do).

The bulk of the trees and bushes near my flat that sheltered many many migrants over the last few years are now gone forever. In some (as yet) unmolested bushes further downstream I  noticed this unusual looking small bird. Its black tail and white outer tail markings showed it was something a little different......... 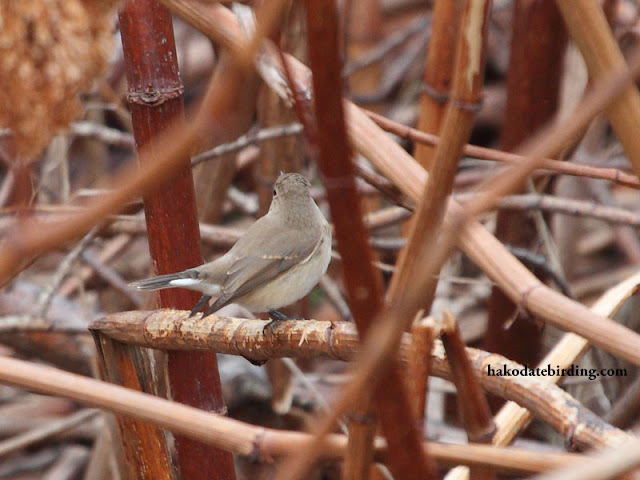 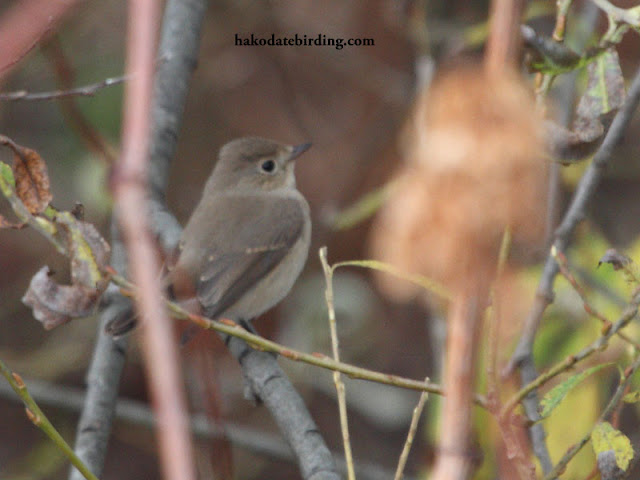 Lousy pictures but they show a female Red-breasted Flycatcher, a lifer for me and #192 (I think) on my Hakodate list. Both it and this Red Flanked Bluetail were being mercilessly bullied by the male Daurian Redstart that sets up territory here in the winter. 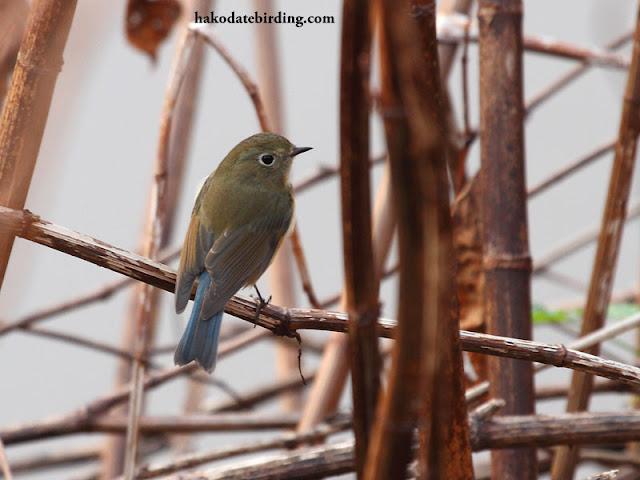 The first Hawfinch of the winter have returned. In Goryokaku Park exactly the same birds were present as last week. 3 Coot plus the male Pochard and young Temincks Cormorant. 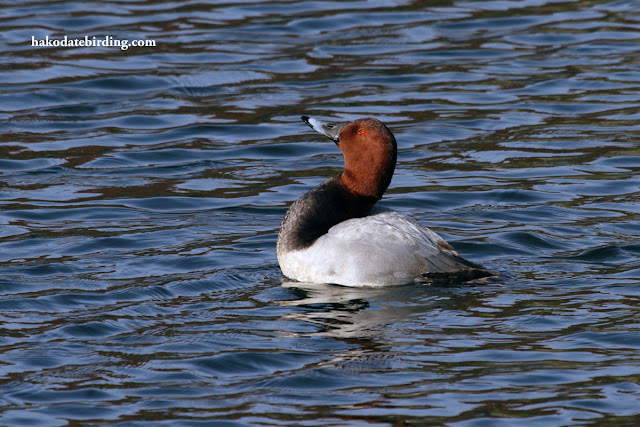 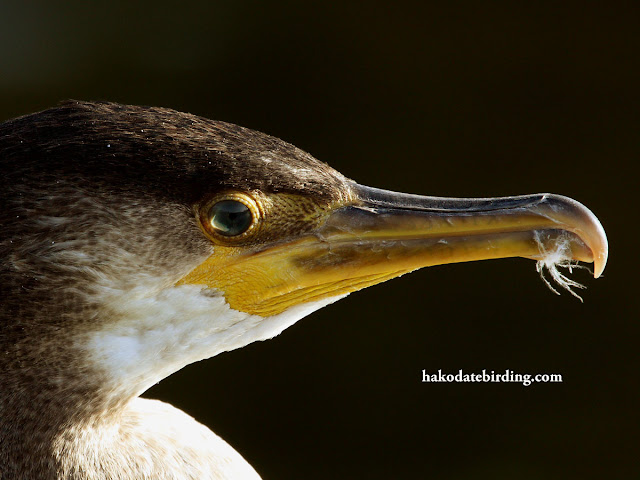 The 2 Little Grebe had been joined by a third individual. This is a species I'm struggling to take a decent photo of, they are so shy, Here is a not really very good one to be going on with. 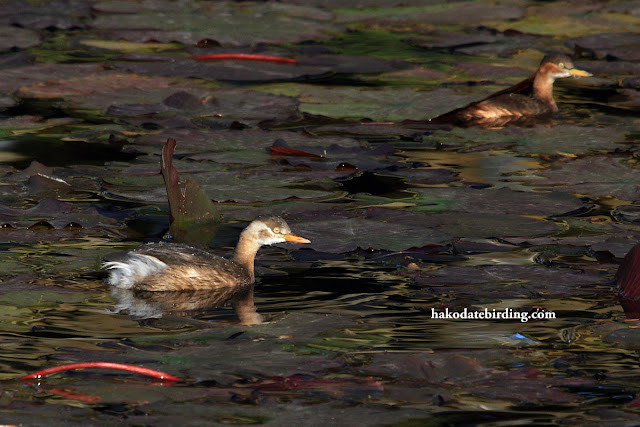 All the sport on TV is on really late tonight. England's meaningless reserve team against Brazil is on about 2am (or 2.30am?), The rugby is on after midnight too and the Ireland v France play-off, the one really tasty game this weekend,  is on at about 4am or something. I have to get up early to teach a friend's class tomorrow so it looks like I'll miss them all..........