A Tale of Three Eagles 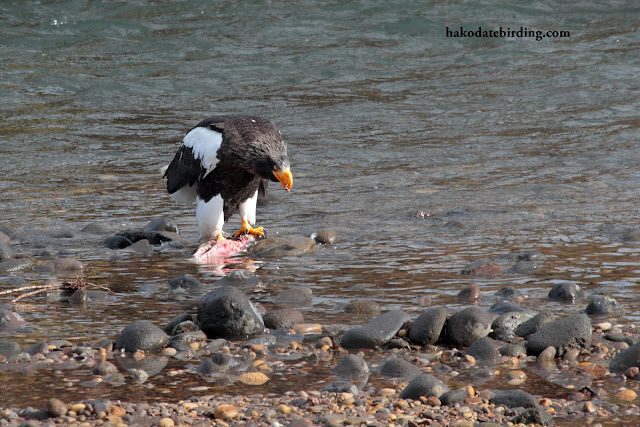 So here's an adult Stellers Sea Eagle enjoying a breakfast of Salmon yesterday. This species, the biggest eagle species in the world, shares the river with its congener, the smaller White Tailed Eagle. 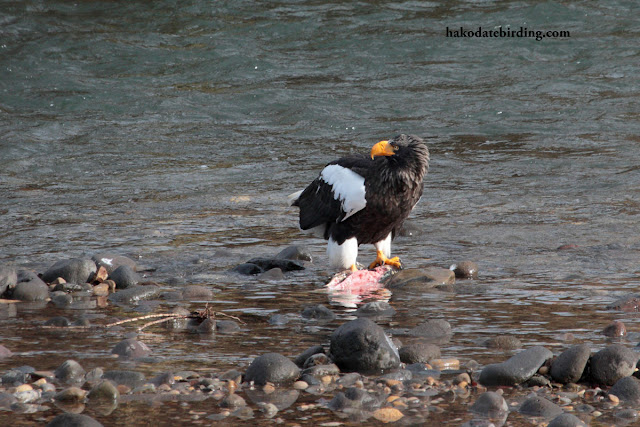 You'd think it would be the dominant one and wouldn't be bullied by anything with feathers, right? 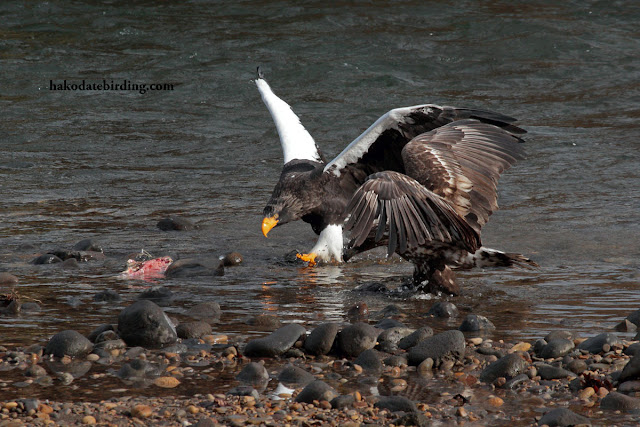 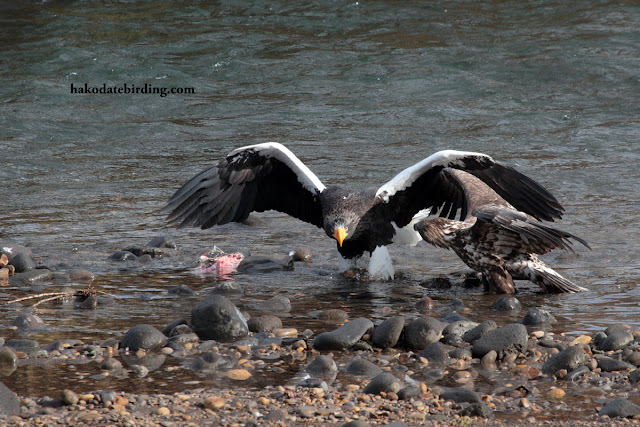 After some posturing the Stellers backed off. It had its white feathery ass well and truly whipped by an immature White Tailed! It didn't even attempt to wrestle back the Salmon but just stood there looking pi**ed off. 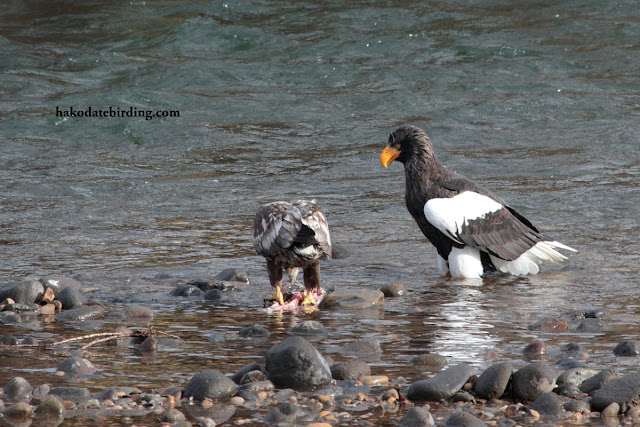 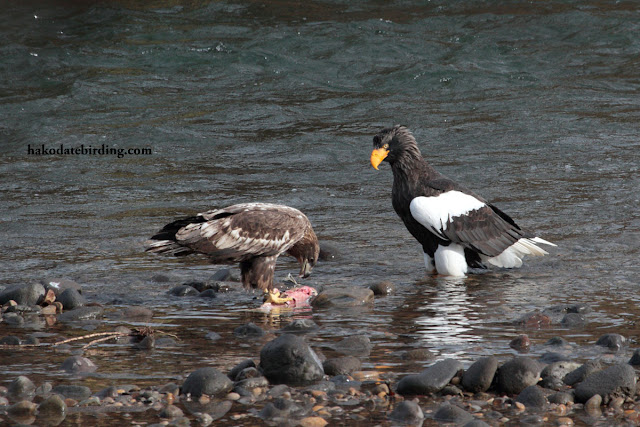 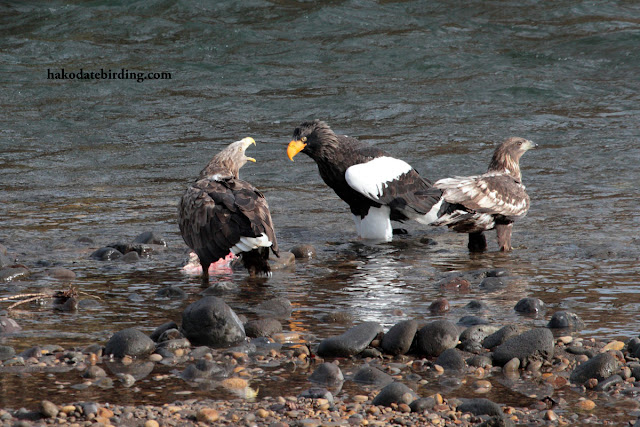 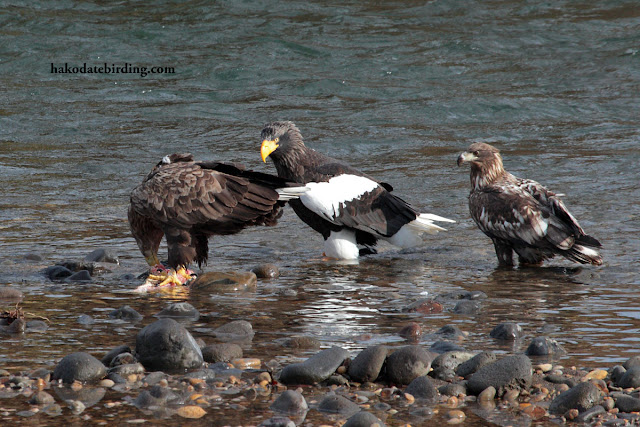 The Stellers left in a huff. 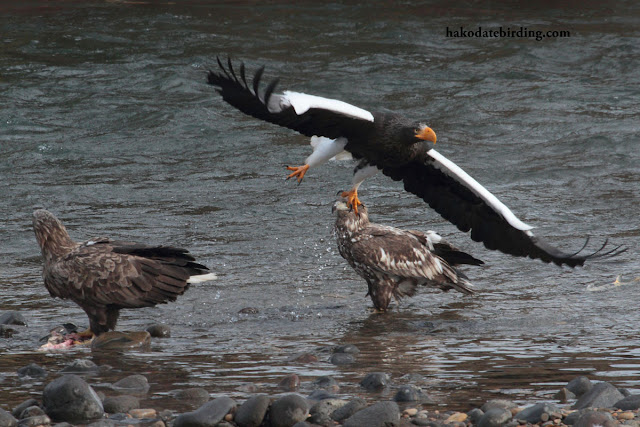 The immature left too leaving the adult White Tailed to dine alone and in peace. 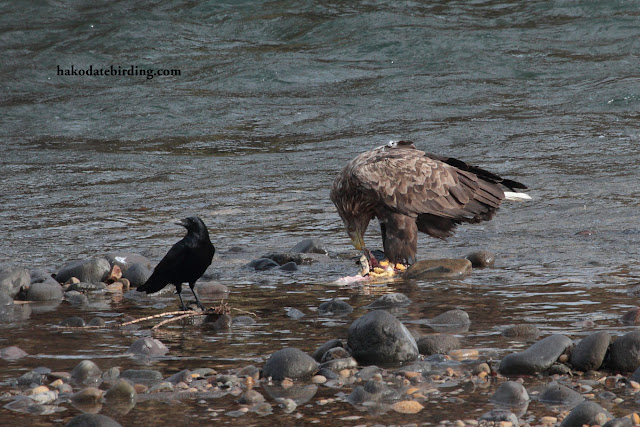 Well alone except for that Carrion Crow. 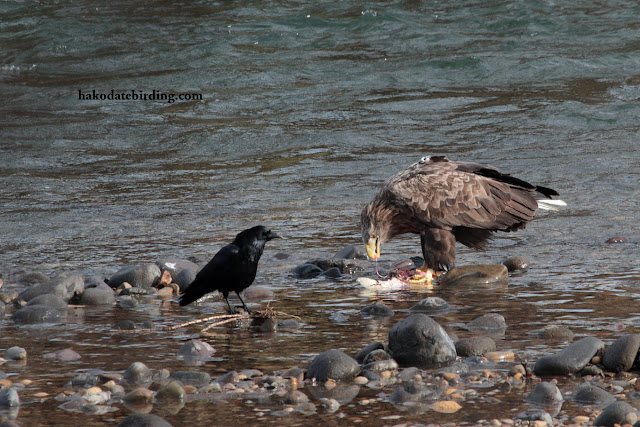 So are White Taileds dominant over Stellers? I've seen this several times now. Or we just talking about personalities of individual eagles and this Stellers was particularly cowardly? Who knows............

These shots were taken out of the car window. When the snow starts to fall (next week I guess but this winter has been very mild so far) it'll be impossible to do this as the snowbanks on the side of the road will be too high to see over plus anyway the road will be too narrow to safely pull over.......

These photos are all cropped over 50%, I tried taking video with my 7D but haven't gotten the hang of it yet (and handheld is a no-no I think).

Lots of Salmon in the river and already a fair number of eagles point to a good winter for such photos, fingers crossed.........