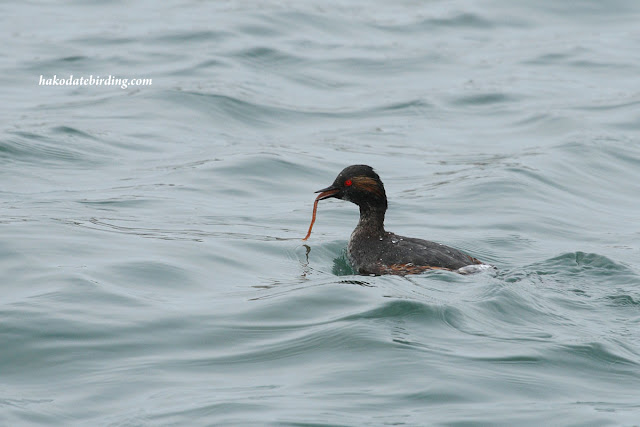 We were over in the harbour at Shikabe this afternoon. The Black Necked Grebes were still there and most were coming into summer plumage. Personally I think they are beautiful looking birds but my wife doesn't like their red eyes. And she says the worms they eat look disgusting, I have to concur with her on that one. 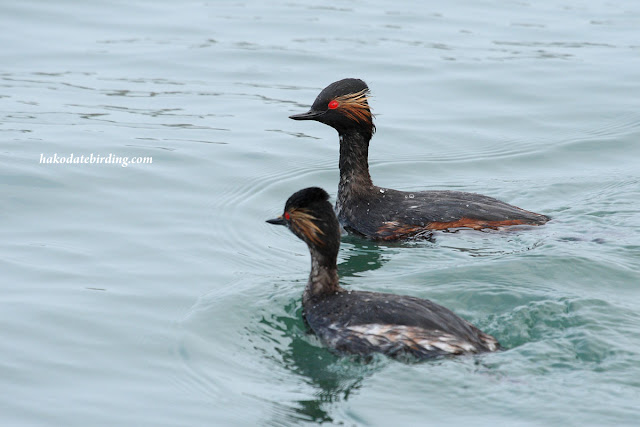 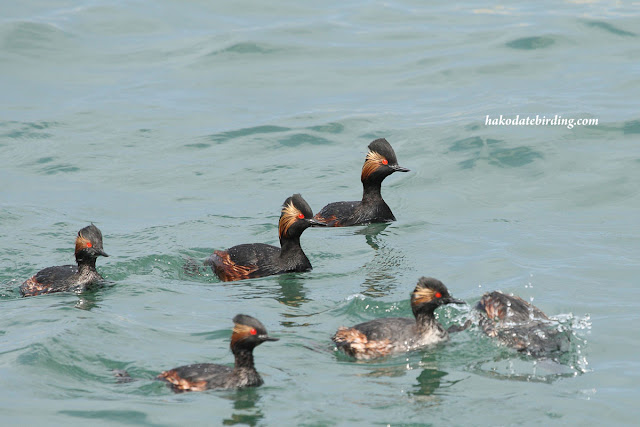 The above shots were quickly selected and processed, I have a few hundred Grebe shots on my computer to sort through, I'll put the best ones on my other blog in a day or 2.

Spring was very much in evidence today and by late afternoon it was warm and clear with some great views around Onuma. 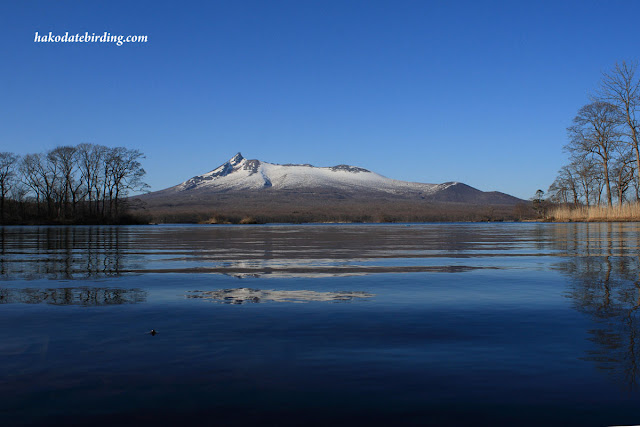 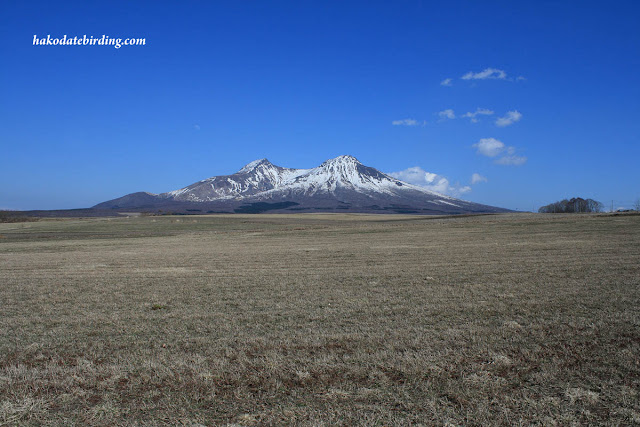 And this was taken with my cellphone a few days ago....... 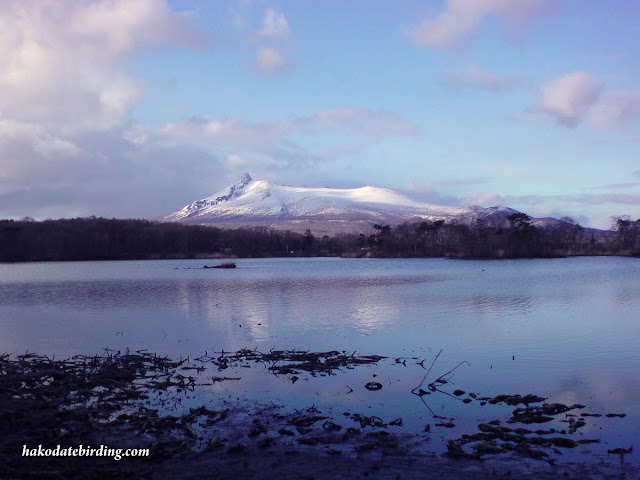 The common resident species in Onuma were as photogenic as ever. 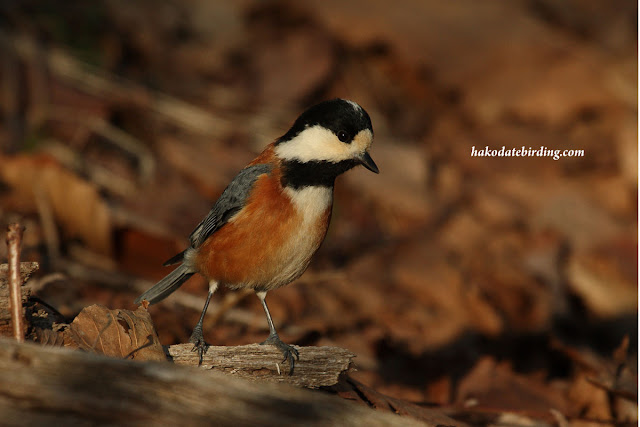 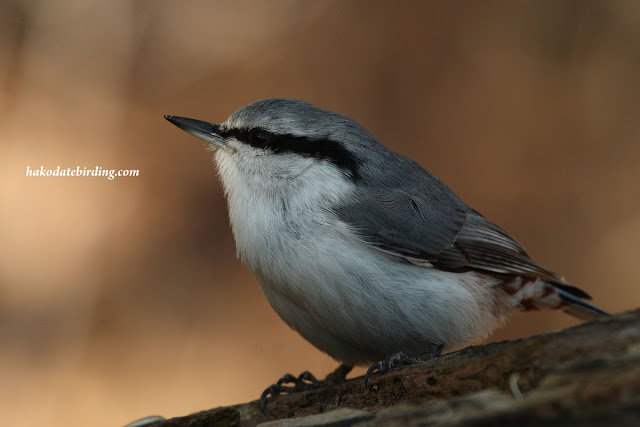 Goosander (lots), Smew, Cormorants (I think Great Cormorant but am not too sure) and White Tailed Eagle were other noteworthy species at Onuma..........

A number of spring returnees have been around the last few days. The first Asian House Martin were in Hakodate on Thursday, very early this year. Woodcock at Onuma, Oriental Turtle Dove, Skylark and Mandarin Duck in Hakodate were some other birds recently arrived from the south.

Near my house the Night Herons have returned, well one at least. As skittish as eever, this was the best shot I could manage. 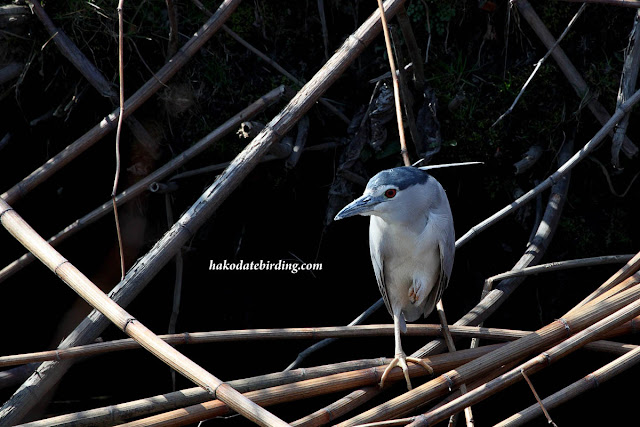 The Crossbills and Bulfinches are still around but in less numbers (as are the Hawfinch and Brambling). I think there are several groups of Crossbill in and around Hakodate. there must have been a real invasion this winter. these were in the tiny park near my flat. 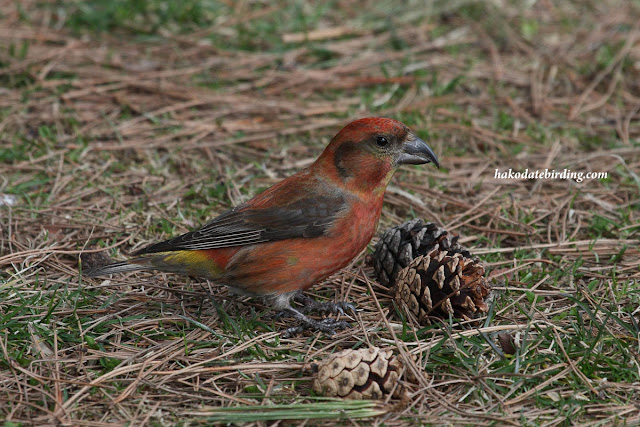 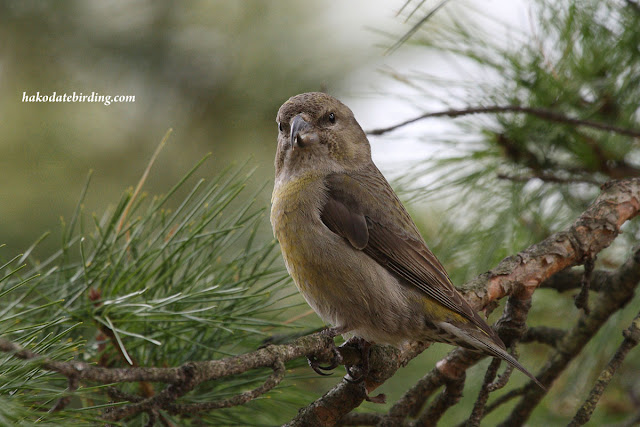 Also in the park were several Bulfinch and I managed to get some shots of them at eye level at last. 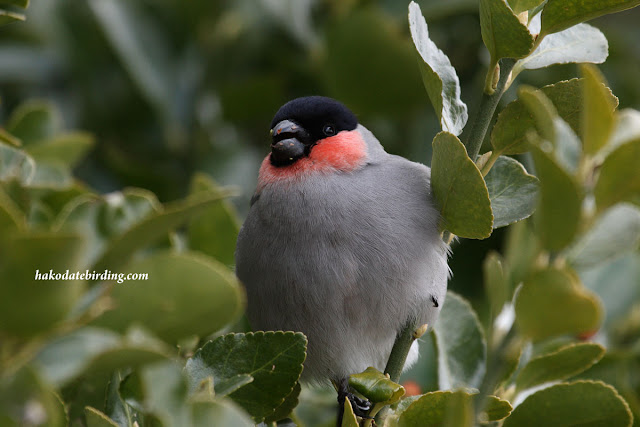 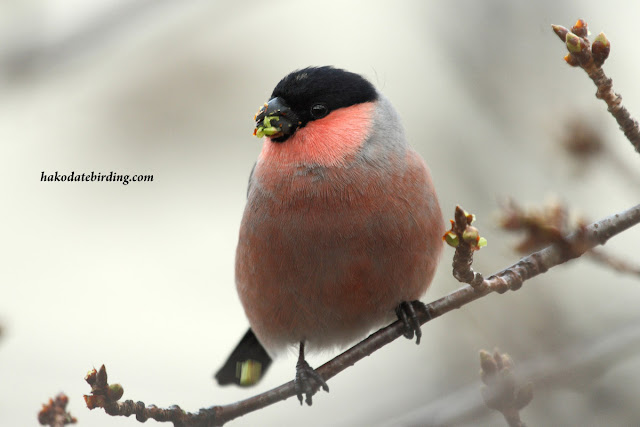 I walked down to Mt Hakodate on Friday, a long walk in glorious spring sunshine. Unfortunately there weren't many birds about at all, these turtles were photo of the day. 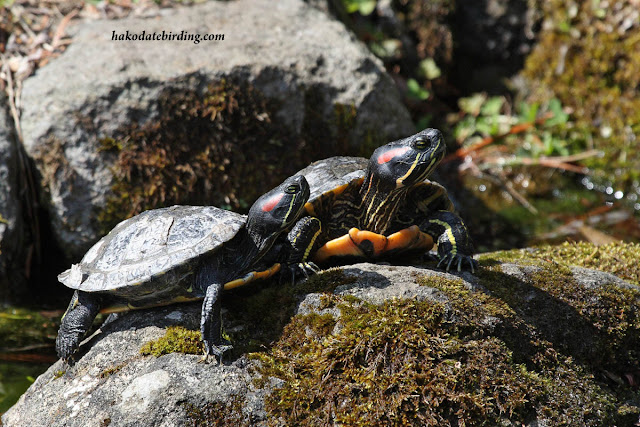 North Korea launched that missile today, everyone here is pretty jumpy about it. I can't see what all the fuss is about but I do confess I looked skywards several times this afternoon but saw nothing except Gulls.

I stayed up to watch Liverpool last night, thank god Benayoun got that late goal. After England's late goal against Ukraine the football gods are smiling on my teams. Hopefully Vila can get something at Old Trafford tonight. England are looking odds on to qualify, probably with some games to spare. And suddenly the Premiership for Liverpool isn't looking so far out of reach.......

NHK called to apologise after they neglected to credit me for the photos they used on TV last week. Actually I'm a bit embarrassed by the fuss I made (it wasn't such a big deal really was it?) but they said they'll use some of my photos at a later date. Actually I was embarrassed by my own behaviour this afternoon too. I dropped my wallet in a big out of town DIY store. On discovering this fact I went ballistic cursing myself in particular and humanity in general. Of course this being honest Japan someone had handed it in and all the money/cards had been untouched.

Tim Buckley's 'Get on Top' is playing on itunes at the moment. I used to listen to quite a lot of Tim Buckley, good music to accompany a glass or two of whisky. It wasn't good to get stoned to I recall, it got kind of annoying after a while. My stoner days are now long gone, maybe I should pour myself a glass of something before my bath....

RL Burnside has just kicked in now. Kind of wish I could roll a fatty to go with this one. If I were 10 years younger perhaps........

To finish with here's a pic my wife took of me this afternoon, this is what I must look like to a Crossbill. 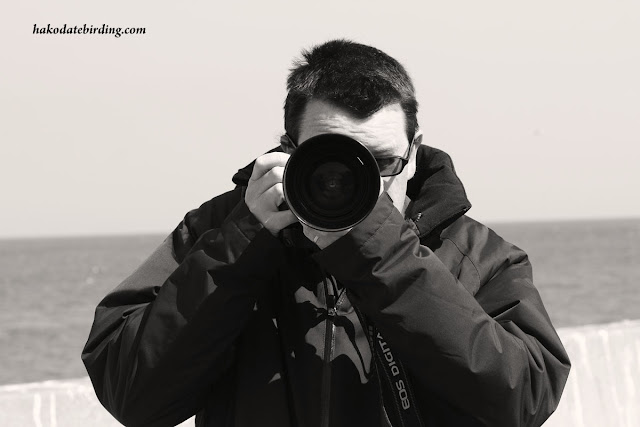